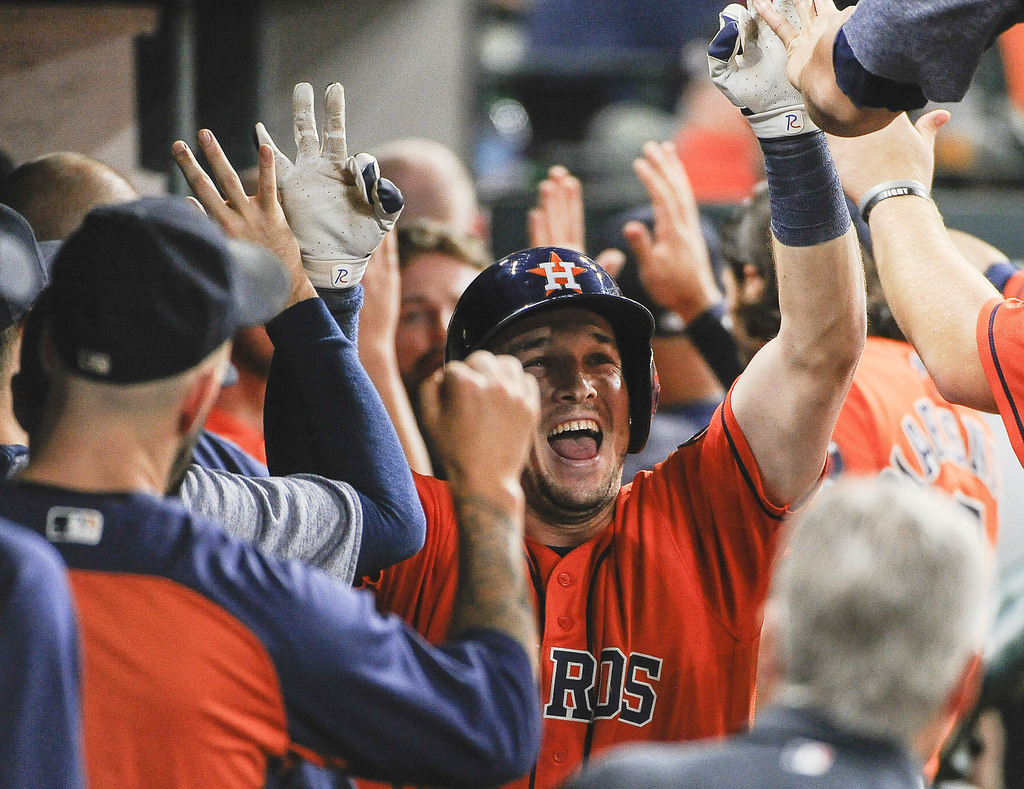 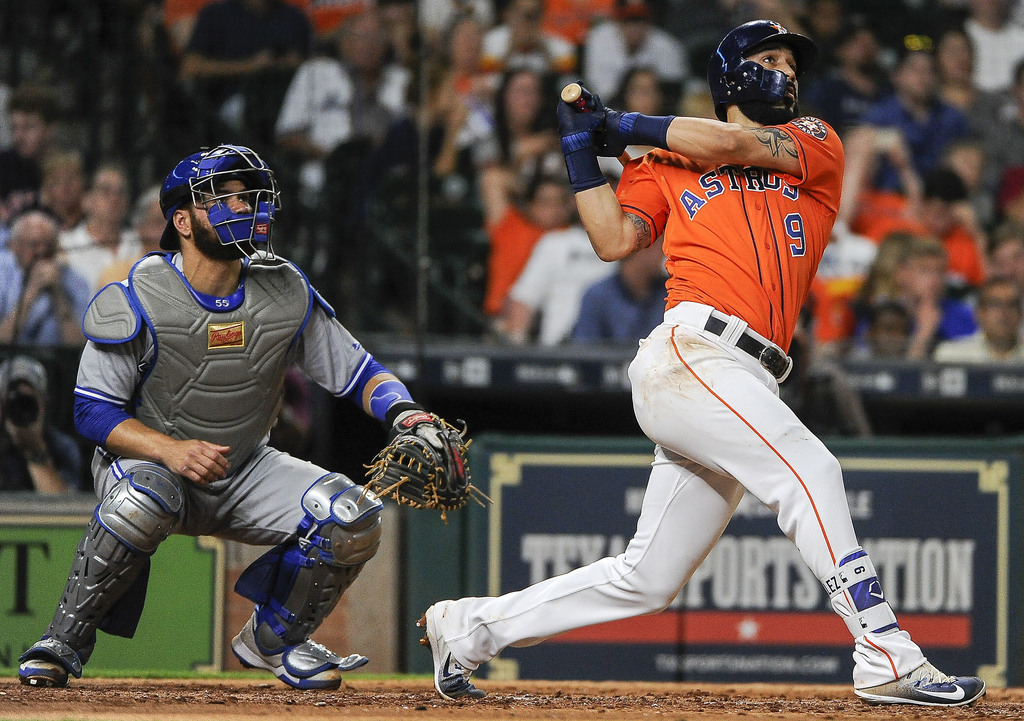 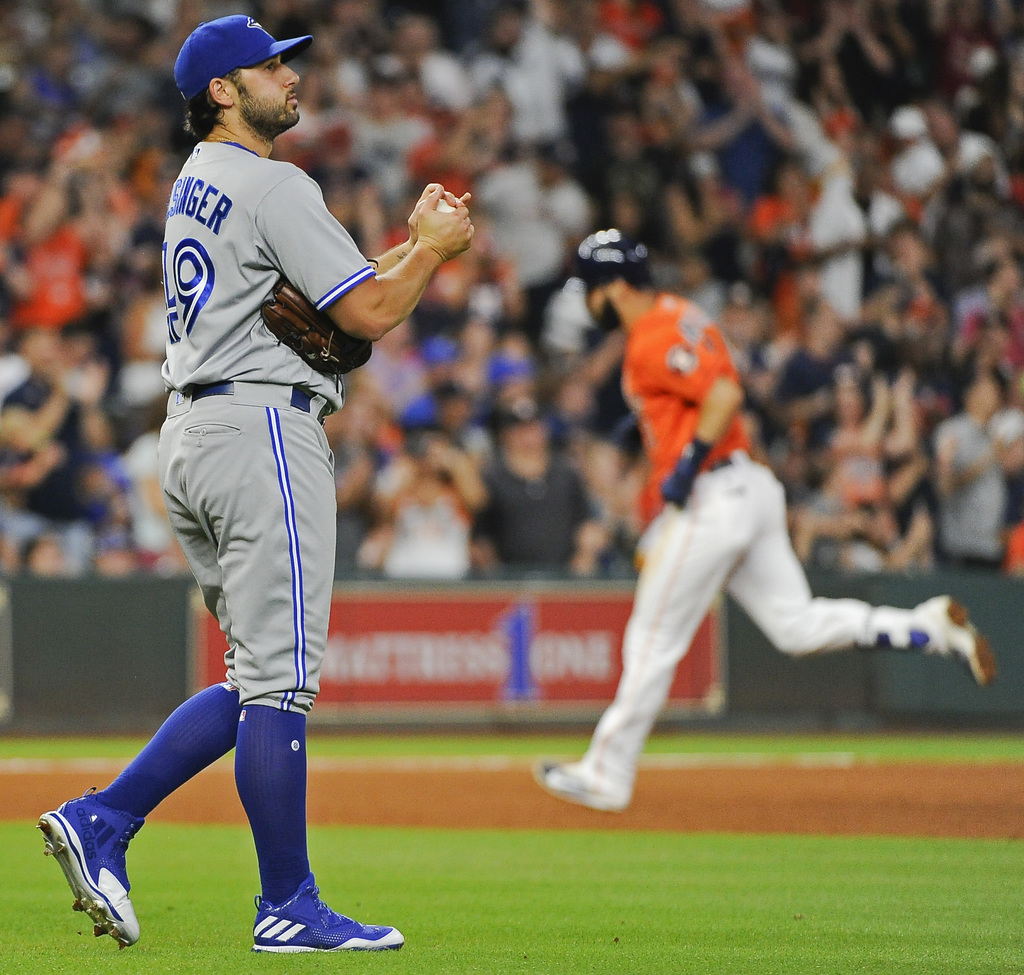 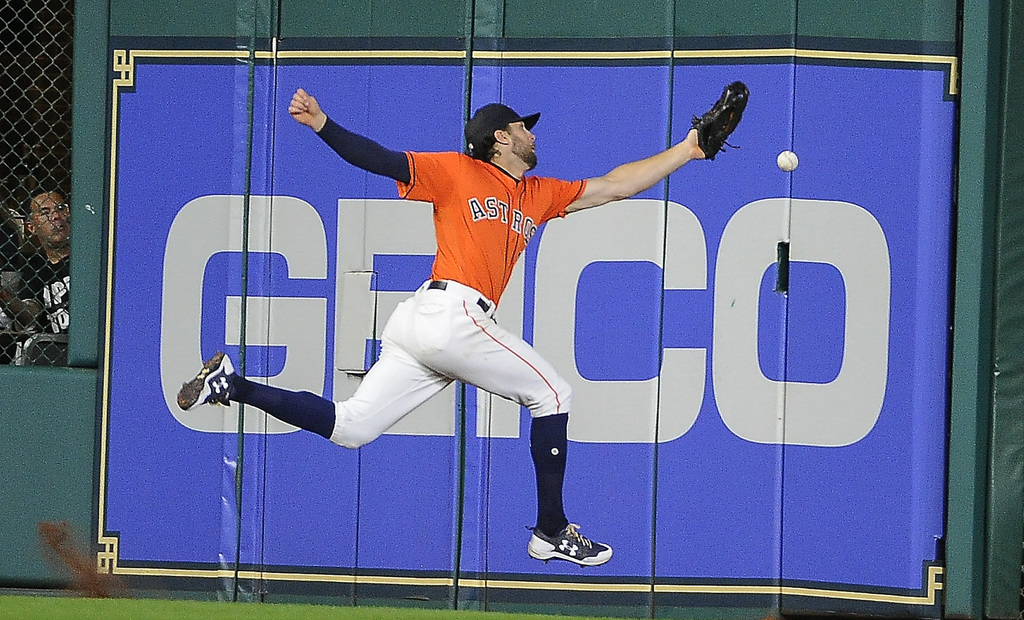 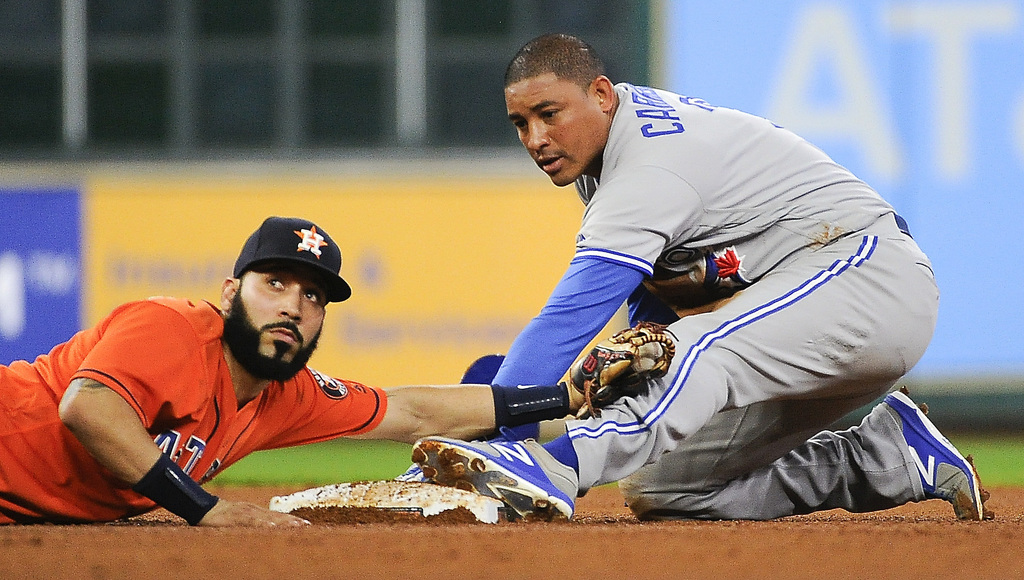 HOUSTON (AP) — Alex Bregman hit a two-run homer and Marwin Gonzalez added a three-run shot as part of a nine-run fourth inning, and the Houston Astros snapped a three-game losing streak with a 16-7 victory over the Toronto Blue Jays on Friday night.

Tyler White had four hits, including a two-run homer in the sixth and a solo drive in the eighth, and finished a triple shy of the cycle.

Every Astro hitter had at least one hit.

Yuli Gurriel had a two-run homer in the first, an RBI single in the third and also finished a triple shy of the cycle.

Houston sent 15 batters to the plate in the fourth, which included eight hits and four walks against three Blue Jays pitchers. Every Astros hitter reached base in the inning as Houston built a 12-2 lead.

Kendrys Morales, who finished a triple shy of the cycle, hit a two-run homer in the fourth, and Russell Martin had a solo homer in the fifth. Ezekial Carrera had an RBI double, and Ryan Goins hit a three-run homer as part of a four-run sixth.

Astros: OF George Springer (left quad discomfort) had a day off from running but the expectation is for him to run bases Saturday and Sunday, manager A.J. Hinch said. "Hopefully, two hard days in a row of more baseball running as opposed to just straight running in the outfield will give us a better assessment of where he's at for Tuesday," Hinch said. . Houston recalled RHP James Hoyt from Triple-A Fresno. The Astros optioned RHP Jordan Jankowski to Fresno after Thursday's game.

Blue Jays: RHP Marco Estrada (4-7) will make his 23rd start of the season Saturday and look to build on his last outing, when he allowed one run in seven innings. Estrada has not won since May 27.

Astros: RHP Charlie Morton (9-4) makes his 16th start of the season in the second game of the three-game series. He seeks another solid outing after allowing two runs in six innings of his last start, a win Monday against Tampa Bay.