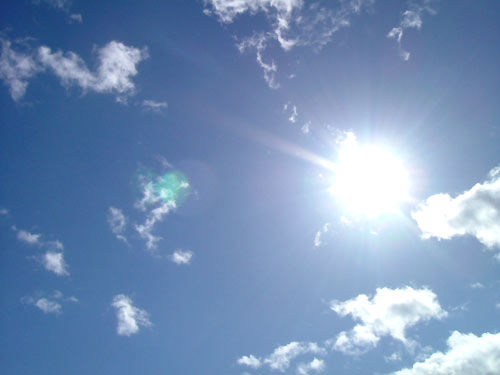 TAIPEI (Taiwan News) - Stay in the shade or stay in air-conditioned environments today, as hot weather is expected to persist throughout Taiwan over the weekend, the Central Weather Bureau (CWB) said Saturday.

According to CWB forecast, high temperatures are expected to hover around 33 to 35 degrees Celsius on Saturday with high chances of afternoon thunderstorms over the mountain areas.

The highs in Taipei, Yilan, Hualien and Taitung could reach 36 degrees Celsius during the hottest time of the day, the forecasters said.

The UV index is expected to be very high reaching dangerous levels, especially around noon. The bureau has advised the public to avoid running around in the sun if possible or limit it, especially between 10 am to 2 pm.

The weather bureau is also expecting the hot weather to bring the risk of showers and afternoon thunderstorms to the mountain areas, in particular in central, southern, and eastern Taiwan.

Meanwhile, this year’s No.5 typhoon, Noru, is currently located 1,000 kilometers east of Taiwan’s Taipei on a path to hit Japan's Kyushu, Shikoku, and Ryuku Islands, and is not predicted to directly strike the island, as the bureau said.

The CWB advised Taiwanese planning on traveling to Japan to monitor typhoon warnings.