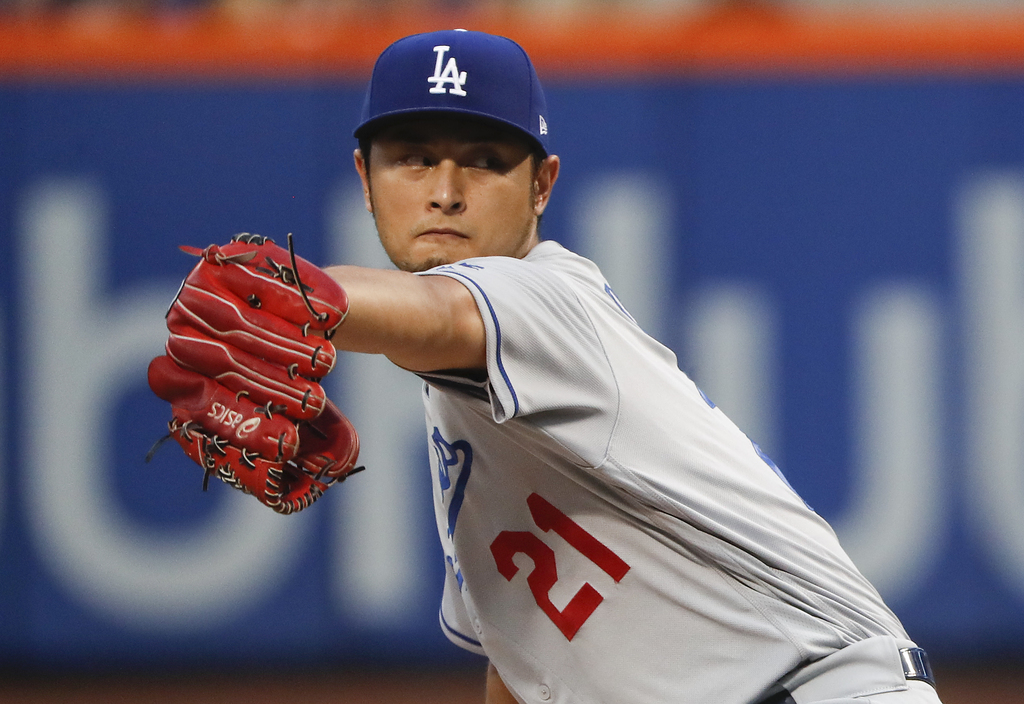 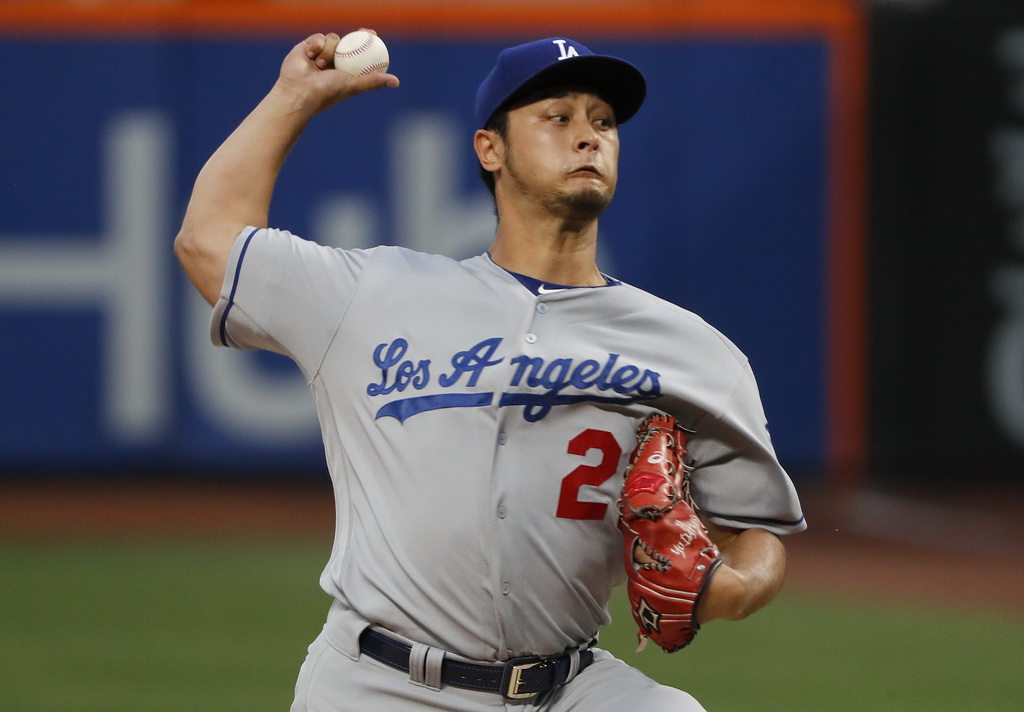 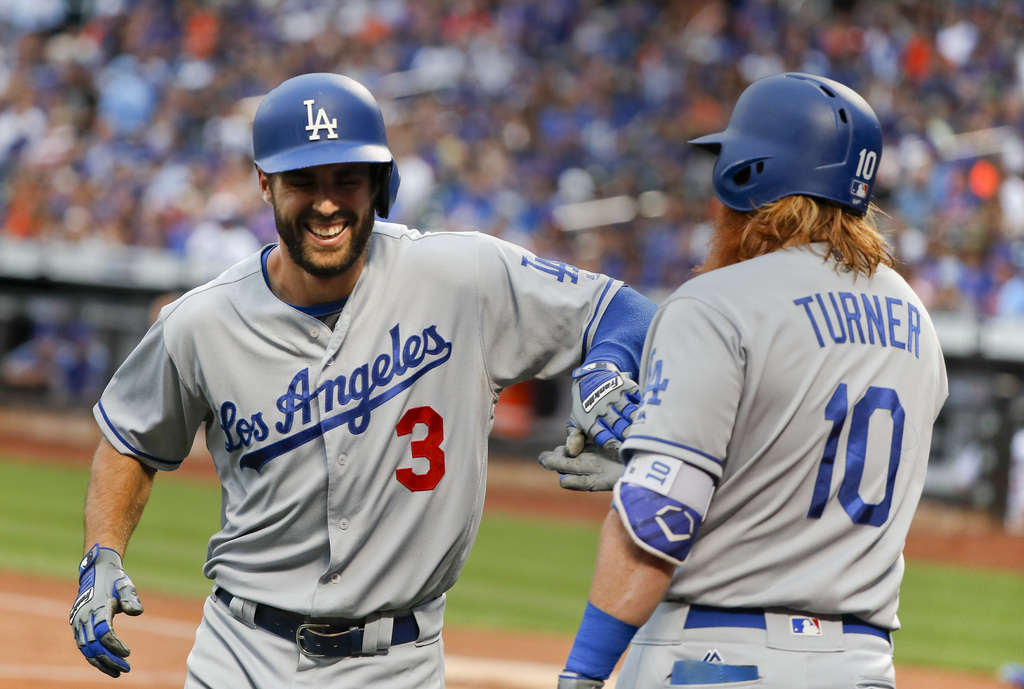 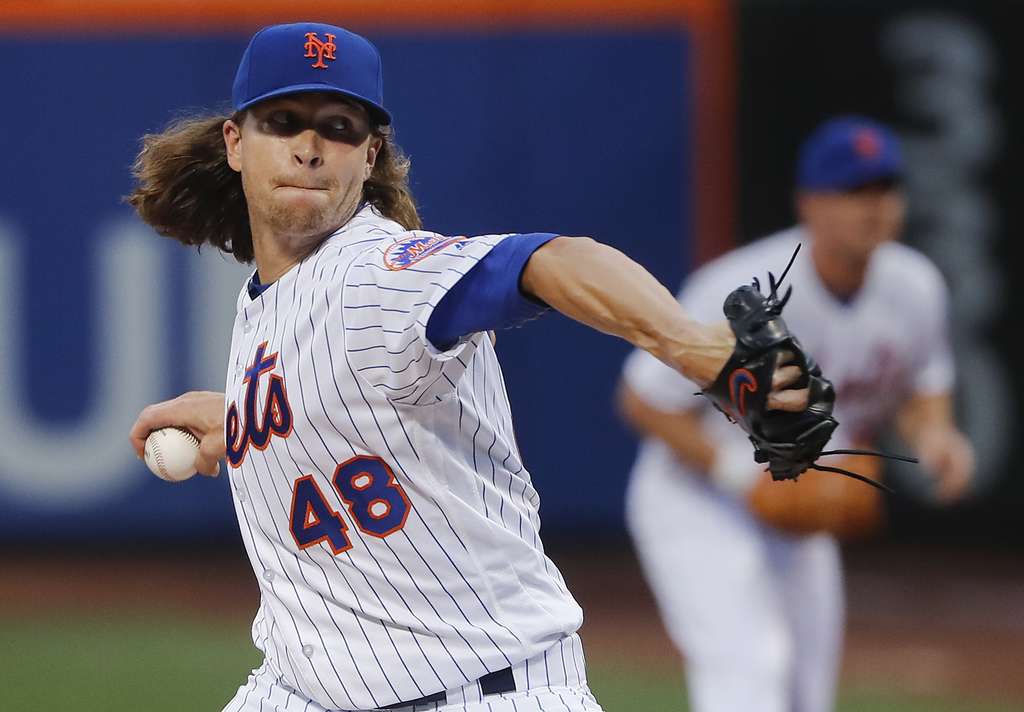 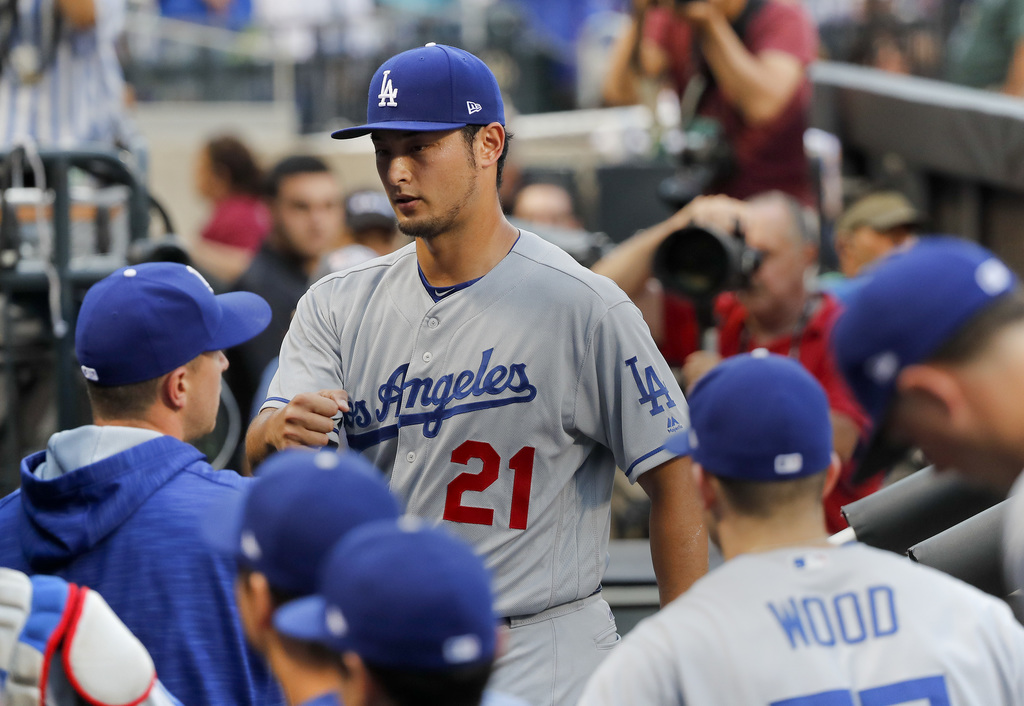 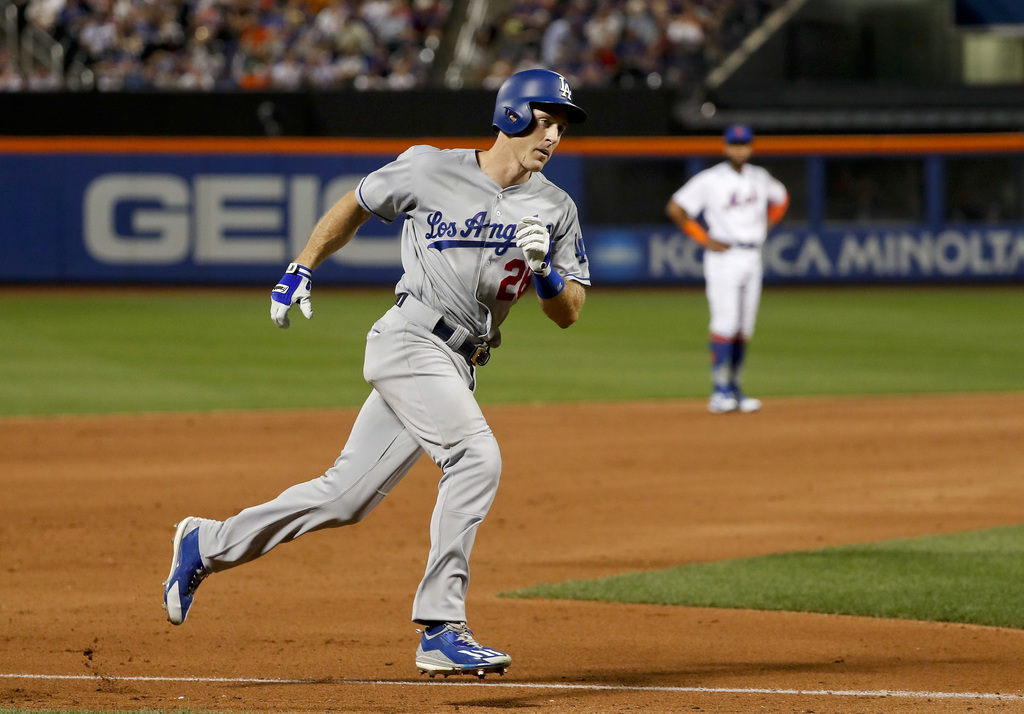 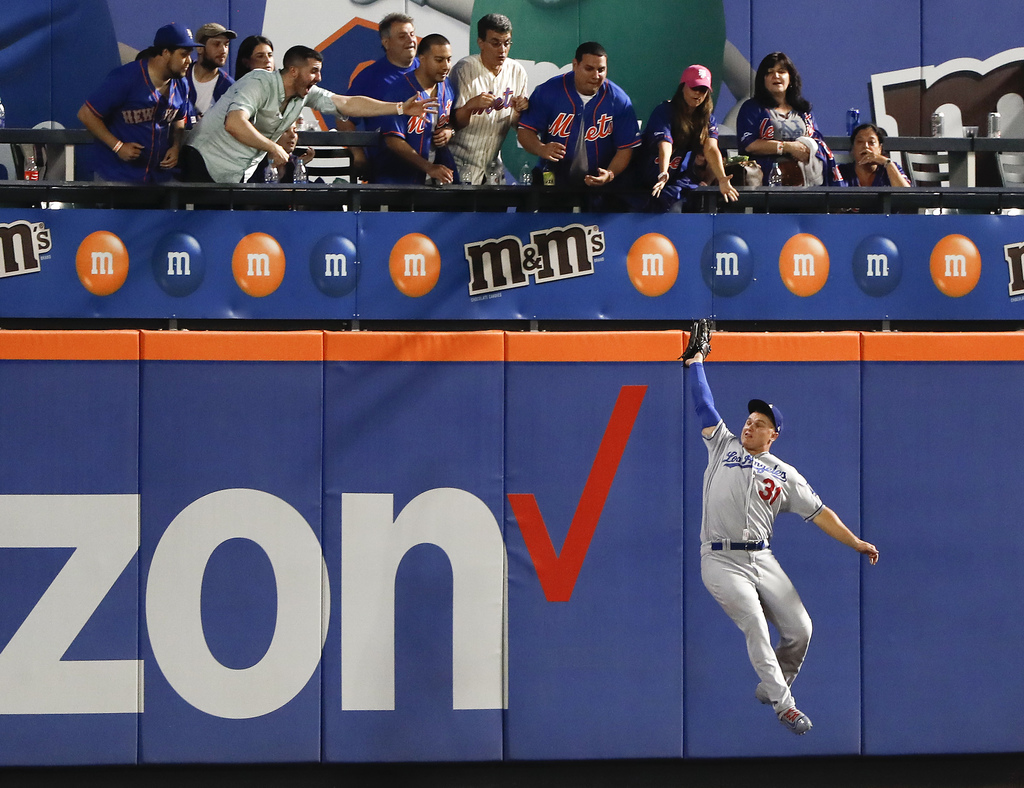 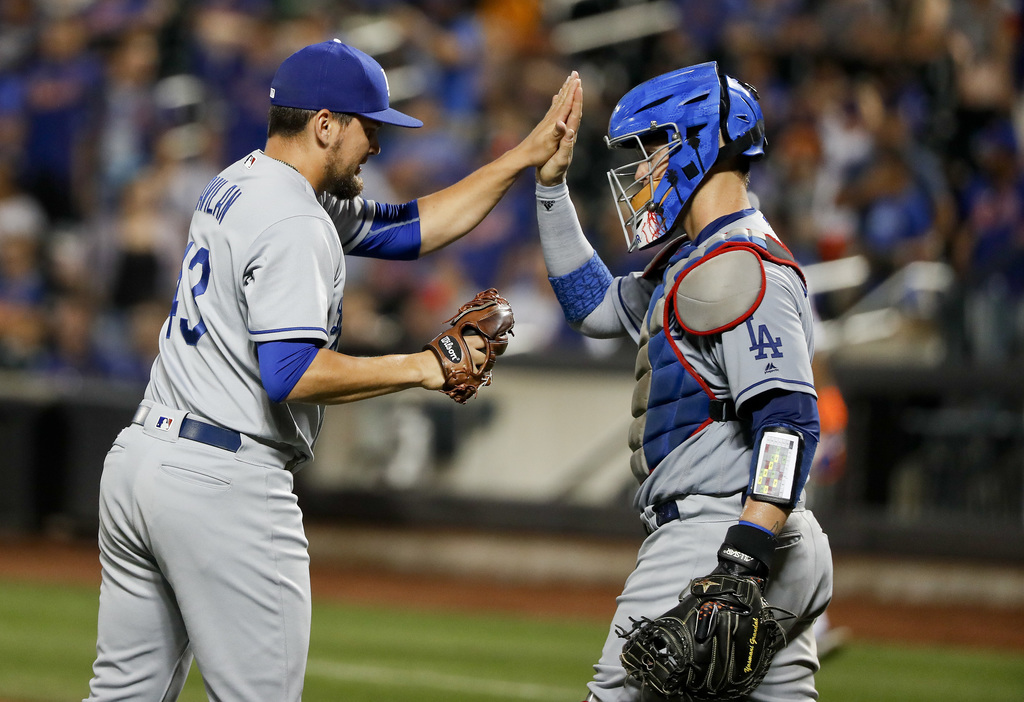 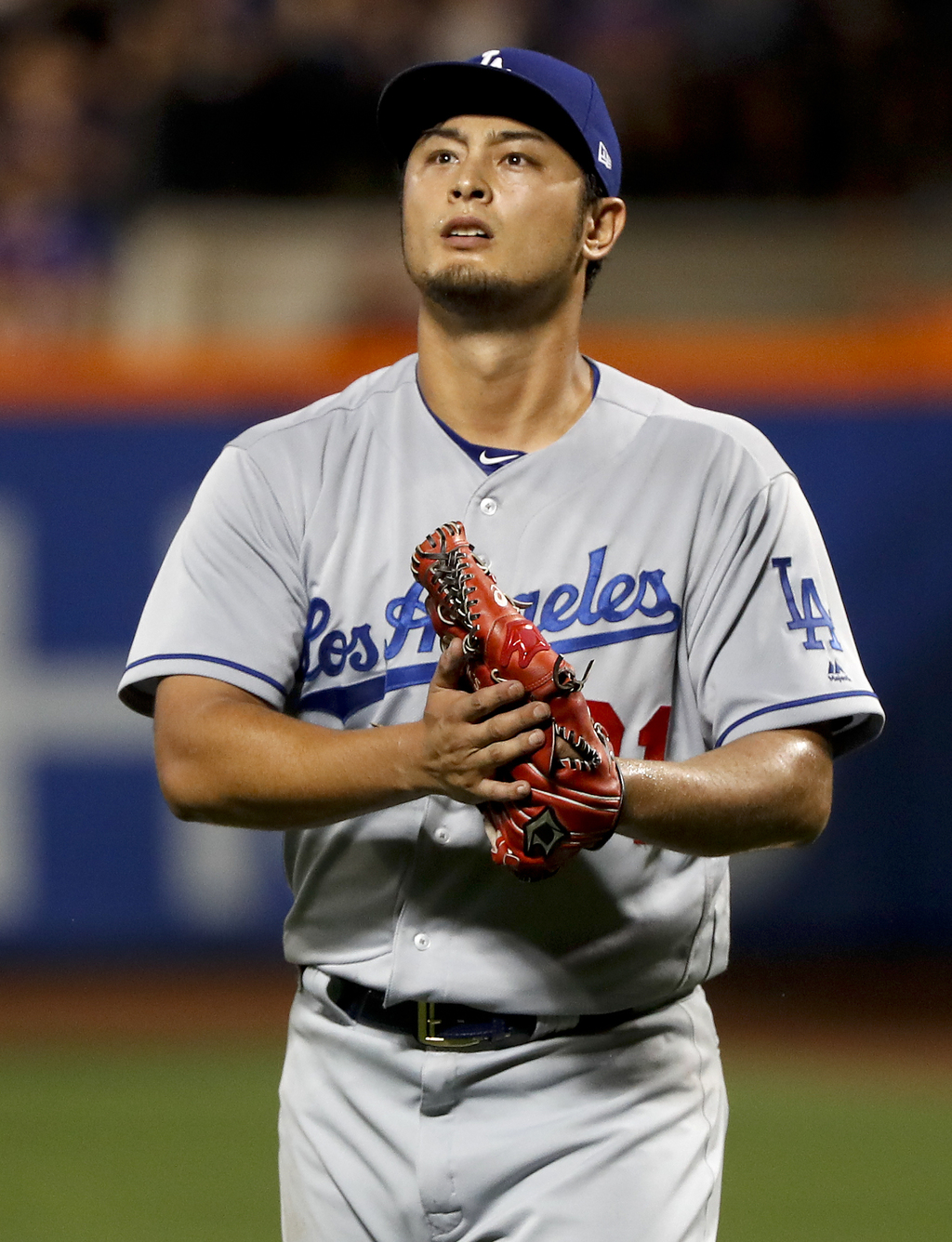 On the best extended roll by a National League team since World War II, the Dodgers are 42-7 since June 7 — a stretch unequaled in franchise history. They have won 22 of 25 since July 4, with all three losses coming against Atlanta.

In his first start since being acquired from Texas for three prospects just before Monday's trade deadline, Darvish (1-0) only made the Dodgers look even better. With his confident teammates behind him, the four-time All-Star snapped a five-game losing streak and won for the first time in nine outings since June 12 at Houston.

Mixing his 95-96 mph fastball with a 71-75 mph curve and other assorted pitches, Darvish easily silenced a Mets team that has lost five of six.

Josh Fields and Luis Avilan finished up as Los Angeles held the Mets to four singles — two by Michael Conforto and one by deGrom, who became the first New York pitcher to steal a base since Oliver Perez in May 2008.

Touted prospect Amed Rosario also singled and stole a base in his home debut for the Mets. The 21-year-old shortstop was called up from the minors before Tuesday's game at Colorado.

Taylor set the tone by opening the game with a tough at-bat against deGrom (12-5), who has lost consecutive starts after winning eight straight.

Taylor worked an 0-2 count full and connected on the ninth pitch he saw, a 97 mph fastball, for his second career leadoff homer.

Puig added a solo shot in the second, setting a career high with his 20th of the season. Utley homered into the second deck in right field off Josh Smoker in the sixth.

Dodgers: LHP Clayton Kershaw (lower back strain) won't begin throwing off a mound anytime in the next few days, manager Dave Roberts said. ... LHP Alex Wood feels good about making his next scheduled start, Roberts said. Wood said he felt a little tired after beating Atlanta on Thursday night. It's possible he could miss a turn but unlikely, Roberts explained. ... Taylor fouled a pitch off his right knee, and rookie slugger Clay Bellinger fouled one off his left foot. Both were shaken up but remained in the game. Taylor was lifted on defense in the eighth. ... OF Andre Ethier, sidelined all season by a herniated disk, probably will begin a rehab assignment with Class A Rancho Cucamonga in the next few days.

Mets: All-Star closer Jeurys Familia is throwing in bullpens in Florida and could return by the third week of August, general manager Sandy Alderson said. Familia had surgery in May for a blood clot near his right armpit. ... RHP Noah Syndergaard (torn lat muscle) and RHP Matt Harvey (shoulder) are still expected back this season. Harvey, about two weeks ahead of Syndergaard in their throwing programs, has thrown off the slope of the mound and has bullpen sessions scheduled for Sunday and Wednesday, Alderson said. ... CF Juan Lagares (broken left thumb) is rehabbing at Double-A Binghamton. ... RHP Robert Gsellman (strained left hamstring) should be back soon, Alderson said. ... Mets reliever Hansel Robles was examined after complaining of numbness in his pitching hand and forearm, plus groin discomfort, following Thursday's outing in Colorado. Robles got wild in the ninth inning and walked home the winning run with a pitch that sailed all the way to the backstop. "We had a little difficulty deciding what to MRI, but he is getting an MRI," Alderson said, smiling.

The Dodgers claimed RHP Dylan Floro from the Chicago Cubs and optioned him to Triple-A Oklahoma City. To make room on the 40-man roster, OF Franklin Gutierrez was transferred to the 60-day DL.