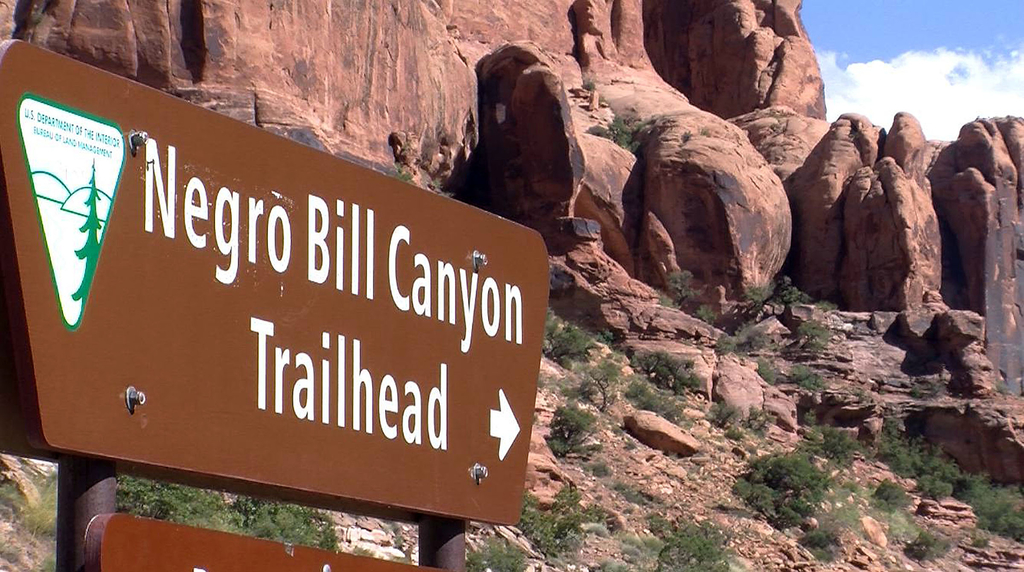 SALT LAKE CITY (AP) — A Utah state panel has voted to recommend retaining the name of Utah's Negro Bill Canyon after receiving conflicting opinions about whether it is offensive.

The Utah Committee on Geographic Names said Friday that a lack of consensus from minority groups led to its 8-2 vote Thursday about a canyon that is home to a popular hiking spot in the eastern city of Moab, the gateway to stunning massive red rock formations.

The commission's recommendation next goes to the U.S. Board on Geographic Names, which is expected to make a final decision on canyon's name later this year.

The local and national branches of the NAACP told the commission the name is not offensive and preserves the history of a canyon named for black rancher and prospector William Grandstaff, whose cattle grazed there in the 1870s.

Jeanetta Williams, president of NAACP's tri-state conference area of Idaho-Utah-Nevada, said the word "negro" may make some people feel uncomfortable but that there's nothing wrong with it. Other groups still use "negro" in their names, she said, citing the National Council of Negro Women, she said.

"To sanitize it destroys the history and the background of what it is," Williams said. "It's a word we often use in history, it's in titles...It's no more uncomfortable saying the word negro than it is saying African-American or black."

But the decision drew strong rebuke from a member of the Utah Martin Luther King Jr. Commission, which sent a letter proposing a name change to "relegate such blatant racism to the annals of history."

"It is inexplicable to me that today in the 21st century that reasonably intelligent people who I know have kindness in their hearts found it acceptable to allows this name to continue to exist," said Jasen Lee, who said he was speaking for himself and not the entire commission.

The canyon southeast of Salt Lake City and the unique red-rock landscapes in nearby national parks lure tourist from around the world.

The Utah Martin Luther King Jr. Commission said in its letter that the word negro is a "racially offensive descriptor" and that it was time to finally make the change and "relegate such blatant racism to the annals of history."

"To remove the racially offensive descriptor from the official title of the popular geographic feature would express to the world that Utah has progressed to a place where such flagrant insensitivity is no longer tolerated or acceptable in our community," they wrote.

After the decision was issued, the commission said in a statement that it's disappointed in the decision.

Spurred by complaints from tourists, the Grand County Council voted in January to change the canyon's name after refusing to do so in 2013 and 2015, said council member Mary McGann.

Last September, the federal Bureau of Land Management administratively changed the signs at the "Negro Bill" trailhead to read instead "Grandstaff Trailhead."

The decisions by the county council and the land management prompted the geographic names committee to take up the name change issue. It was difficult for the panel to reach a decision because of the conflicting opinions, said member Dina Blaes.

"It's really not the committee's job to pick winners and losers, it's not our job to decide 'Oh, you're more credible or you're less credible,'" said Blaes, the CEO of the Exoro Group, a public affairs firm and also chair of the State History Board. "We did not come to this decision easily."

Lee, a reporter for the Deseret News and KSL-TV in Salt Lake City, called the lack of consensus justification a lame excuse. He said he remembers when he was a boy in the 1970s and people stopped calling black people negroes. He thinks that should stay in the past.

"You can't name something using that descriptor today," said Lee, 51. "It's hurtful to people like myself who are of a certain age that they know what this means. It speaks poorly of our state, of which I'm a proud resident."