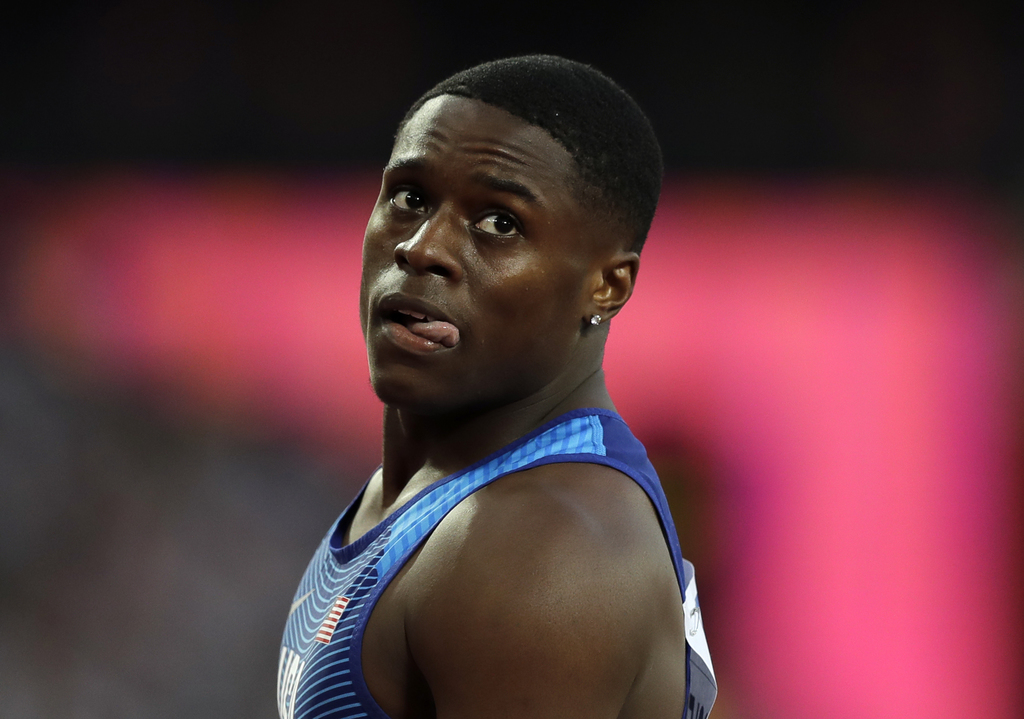 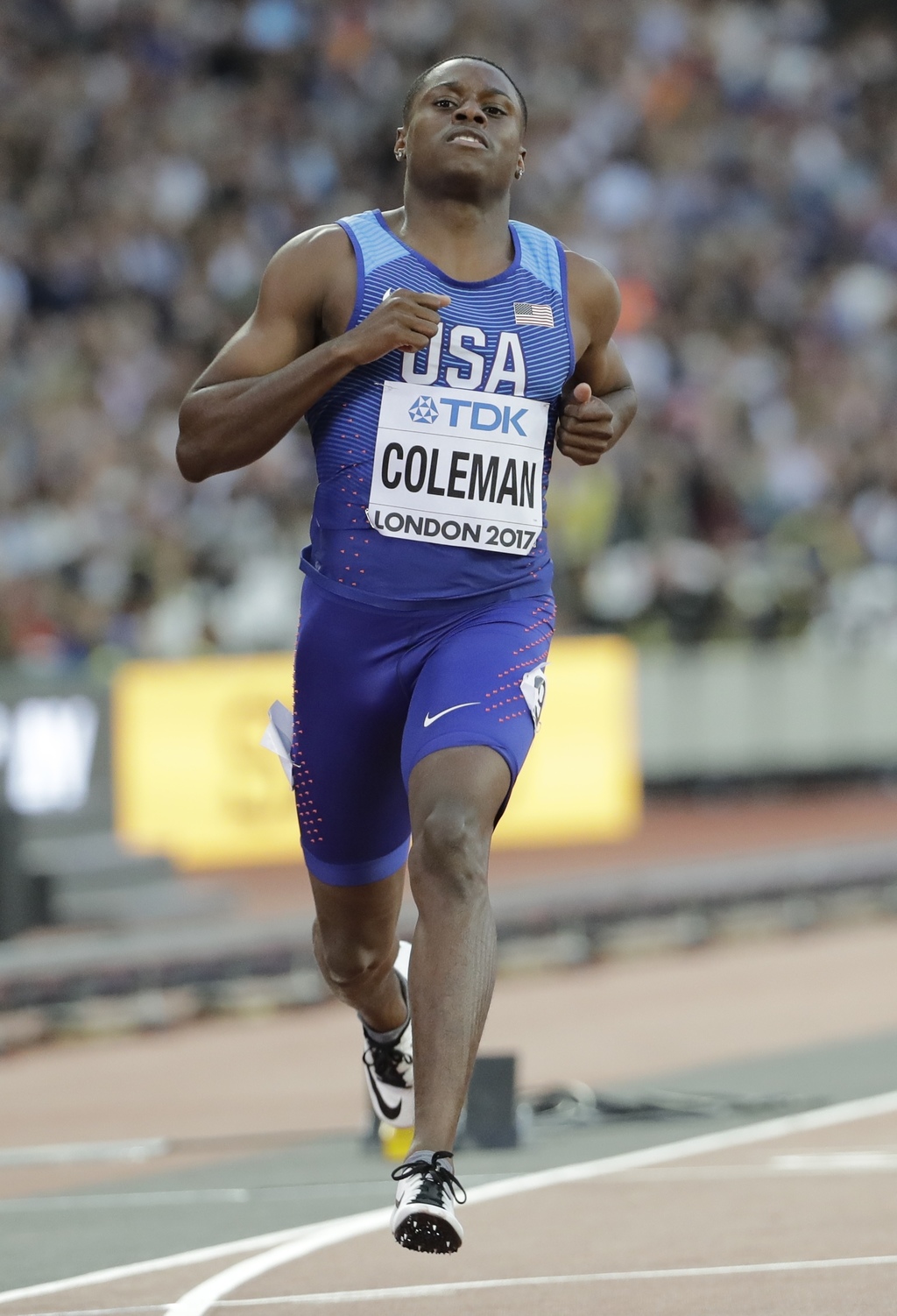 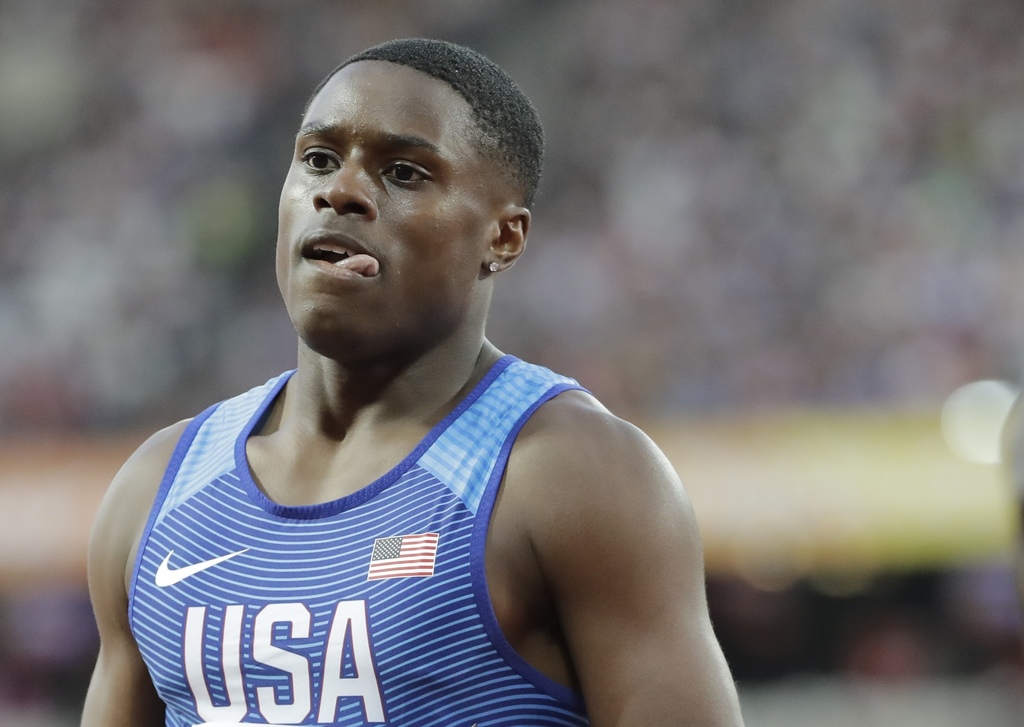 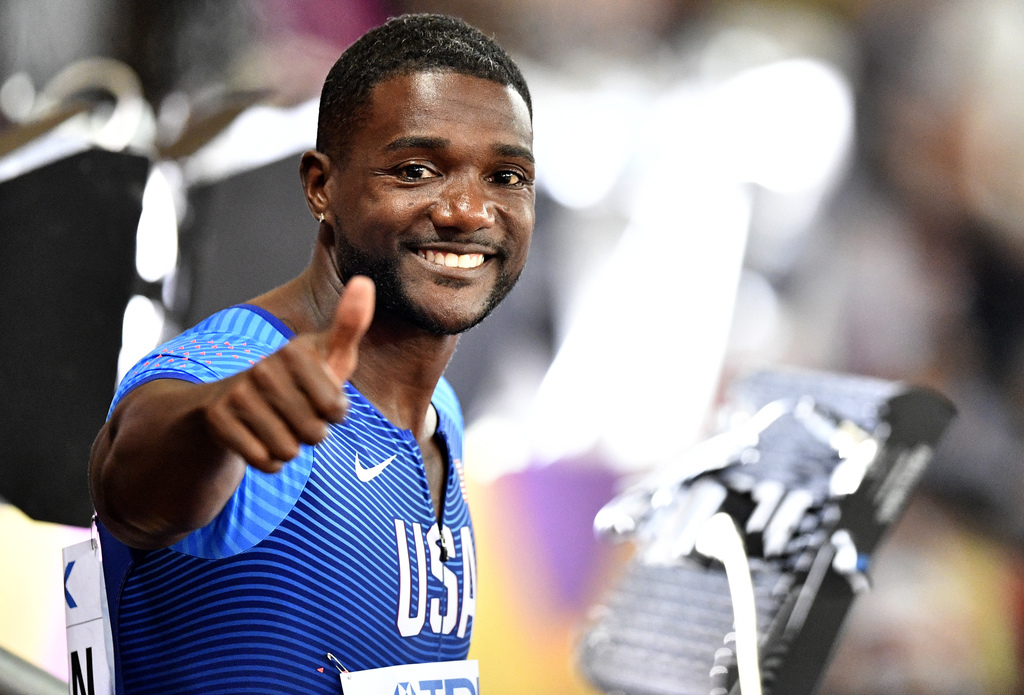 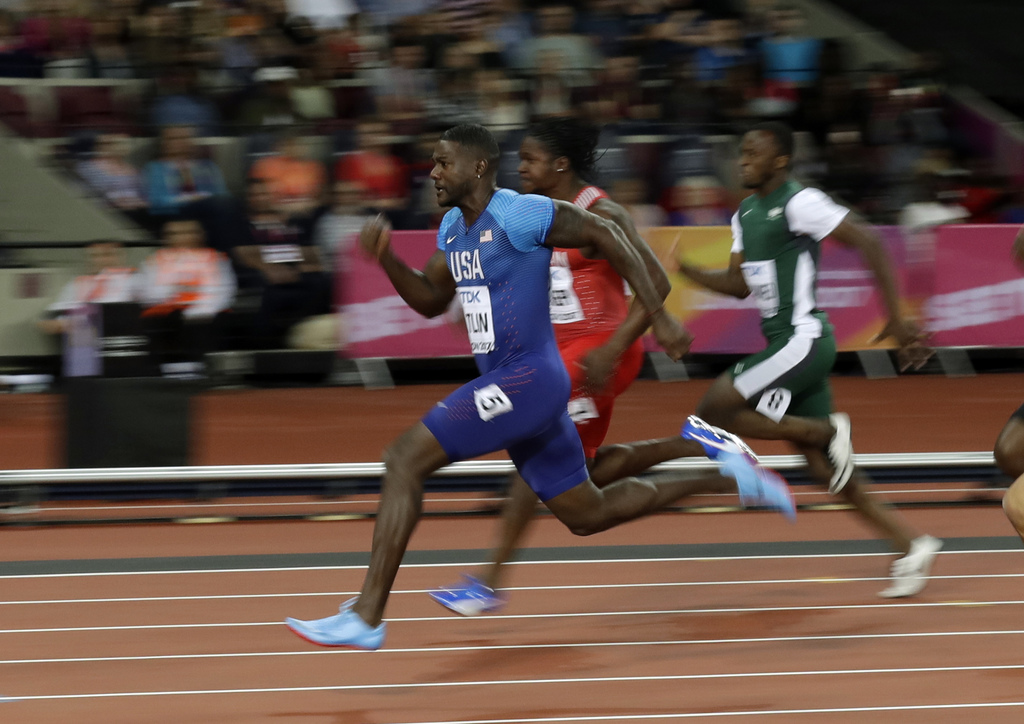 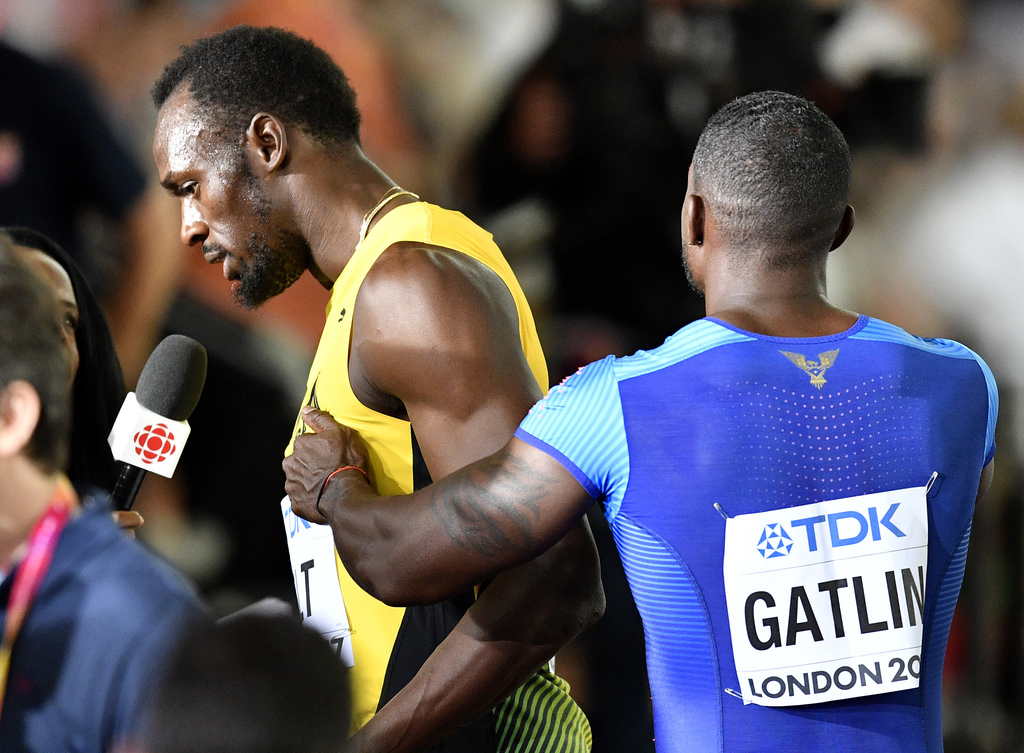 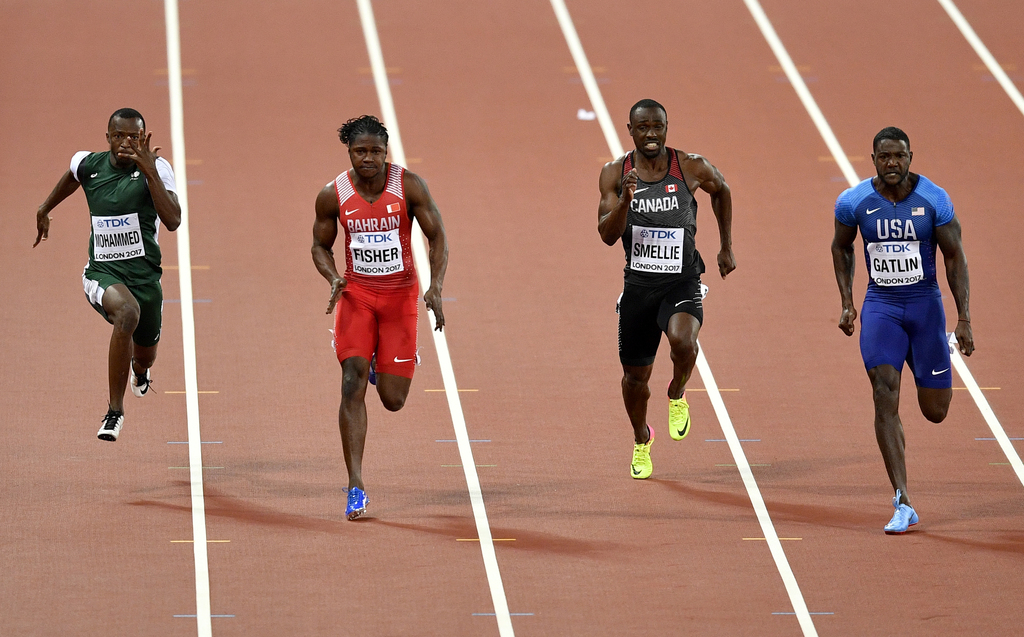 The University of Tennessee product who recently turned pro could actually end up in very rare company — a sprinter with a winning mark against the Jamaican great. That would involve Coleman pulling off the improbable — impossible? — in Bolt's final 100-meter race at the world championships. The semifinals and final are Saturday.

Coleman is one of the few who could challenge Bolt, especially with Andre De Grasse of Canada withdrawing because of a hamstring injury. Coleman finished in 10.01 seconds Friday, the second-fastest time behind another Jamaican, Julian Forte (9.99). And while Bolt won his heat, his time of 10.07 was eighth overall.

Don't read too much into that, though. Bolt always saves his best for big occasions.

"I have a lot of confidence in myself that I can come out and win," Coleman said. "But you never take anybody for granted. ... Got to make sure I'm on my 'A' game, make sure I'm ready to compete."

The 21-year-old Coleman certainly is getting his name out there. He won the 100 and 200 at the NCAA championships in June. But before that, he made a splash by sprinting 40 yards in 4.12 seconds , then posting video of it after the NFL draft. His time was faster than any football player who ran at the NFL combine.

Fun, though that was a mere sideshow. Sprinting is his game, and Coleman has grown up a big fan of Bolt's. He insisted he's not the least bit intimidated by Bolt, whose presence and 6-foot-5 frame cast a large shadow.

"You can't call yourself the best if you don't go against the best," Coleman said. "I'll be ready to compete. I won't be distracted."

Coleman doesn't rattle easily, something his coach in college learned early on.

"We call him 'Cool-man,' instead of Coleman," said Tim Hall, an assistant at Tennessee. "Because his temperament is always even in terms of focusing on the things he wants to accomplish. He's been able to apply those things to his daily practice sessions. You see the results when he's on the track."

A few sprinters who could give Bolt a run for his gold Saturday:

THE TOP CONTENDER: The 35-year-old Gatlin made a tactical mistake at the 2015 world championships in Beijing, going into his lean too early as Bolt sneaked past him by 0.01 seconds. Gatlin also finished runner-up to Bolt at the Rio de Janeiro Olympics. "I feel good. I feel confident," Gatlin said of his chances this time. "We've been working on some things, making sure our race pattern is a little different than before."

THE OTHER JAMAICAN: Yohan Blake's request is simple: Don't call him "The Beast" anymore. Blake has the distinction of being the last sprinter to win a 100-meter gold at the worlds other than Bolt. Blake captured the title at the 2011 world championships after a false start by Bolt led to a disqualification. Blake has been slowed by injuries in recent seasons and finished second in his heat Friday behind Abdul Hakim Sani Brown of Japan.

THE OTHER, OTHER JAMAICAN: Forte tied his personal best in posting the evening's top time. A confidence boost? "I've always been confident," Forte said. "I just kept it at its high level."

THE LONG SHOT, PART I: Ever heard of Chijindu Ujah? The British sprinter may not win, but could be in the mix for a medal. He won the 100 a month ago in a Diamond League race in London.

THE LONG SHOT, PART II: Akani Simbine of South Africa did just enough to advance Friday. He did beat the likes of Gatlin and De Grasse during a Diamond League meet in Doha in May.