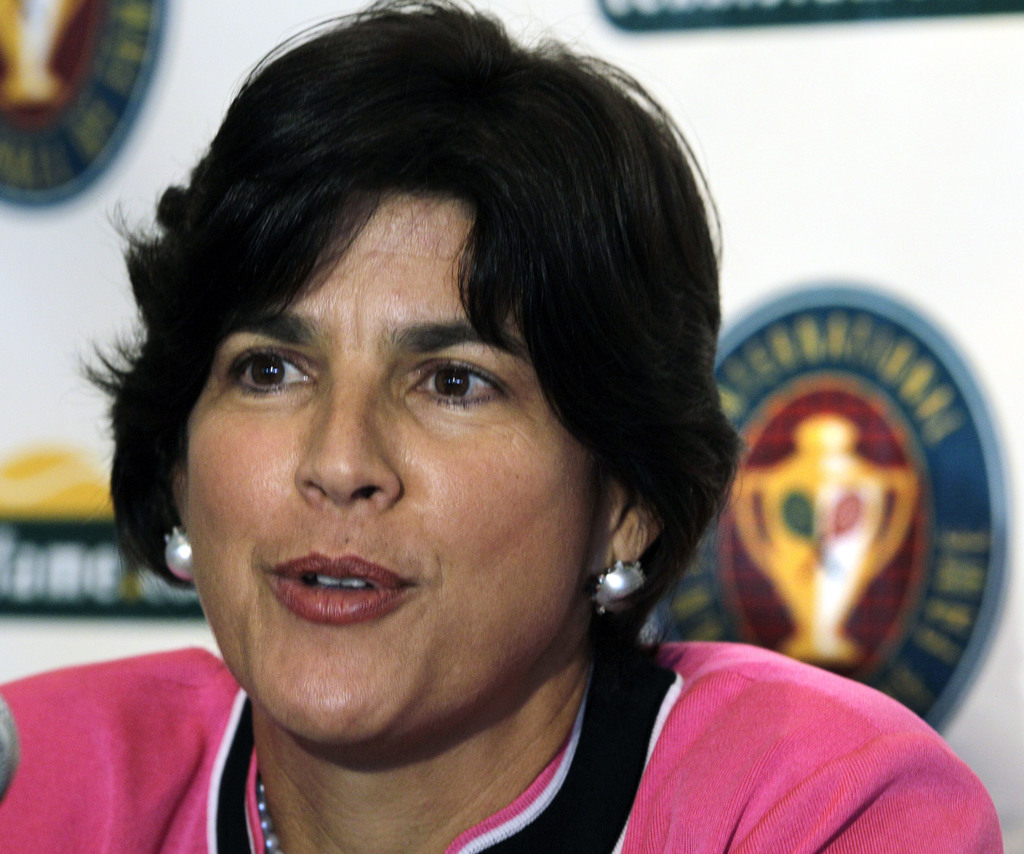 The Empire lost a supertiebreaker in their last match of the season, just missing a spot in the WTT finals. The Orange County Breakers will face the defending champion San Diego Aviators for the King Cup on Saturday night in Carlsbad, California.

Fernandez, a 17-time Grand Slam doubles champion, is the only female coach in the six-team, coed summer league. Her players appreciate her laid-back style, mixed with strategy.

"She's very matter-of-fact, she is confident, not cocky," Empire player Mardy Fish said. "Understands it's not about her and she knows what she's talking about."

Fernandez and the Empire finished the season with a 7-7 record on Wednesday night. Patrick McEnroe coached the Empire last season, when they went 2-10.

"(Fernandez) knows we all have coaches and she's only with us for a short period," said New York player Maria Sanchez, who played at USC before turning pro in 2011. "So she'll sit back and observe, let us do our thing. But when she sees she needs to step in and has something really important to say, then she'll throw it out there for us."

Fernandez grew up in Puerto Rico, turned pro at 19 and moved to the U.S. She won Grand Slam double titles at the French Open (six), U.S. Open (five), Wimbledon (four) and Australian Open (two), pairing with Natasha Zvereva for 14 of the 17 victories.

Gigi watched Monica Puig win a gold medal at the Rio Olympics. She jokingly says Puig's gold medal is the second by a Puerto Rican. The 23-year-old Puig moved to Florida as a youngster to pursue her tennis career.

Billie Jean King, who co-founded the WTT league, was her Olympic coach in Atlanta.

"A coach like Gigi, who has played professional tennis, they're going to respect her because she's played and she's won," King said.

Fernandez, who retired in 1997 and entered the tennis Hall of Fame in 2010, is raising two children under 10 with former LPGA star Jane Geddes. The family recently moved to Florida from Connecticut, where Fernandez was the director of tennis and adult instruction at Chelsea Piers in Stamford.

"More women have to get into it and understand it's a great career," Fernandez said.

British player Neal Skupski played at LSU and turned pro four years ago. He appreciated a change in coaching styles while competing for the Empire.

"My college coach, I'm used to everyone being on me," he said. "She's pretty laid back, which I prefer. I'm a doubles guy, so I'm obviously going to take any tips that she has on board. If Gigi wanted to come on tour with me, I wouldn't mind at all. She'd be a great help."

Fernandez has an online instructional doubles program called the Gigi Method for recreational players. She teaches master class clinics around the country and during destination tennis events, which include trips to Costa Rica.

"I took everything I know about doubles and put it in a program," she said. "I try to combine my two passions, which are travel and tennis. Off I go."