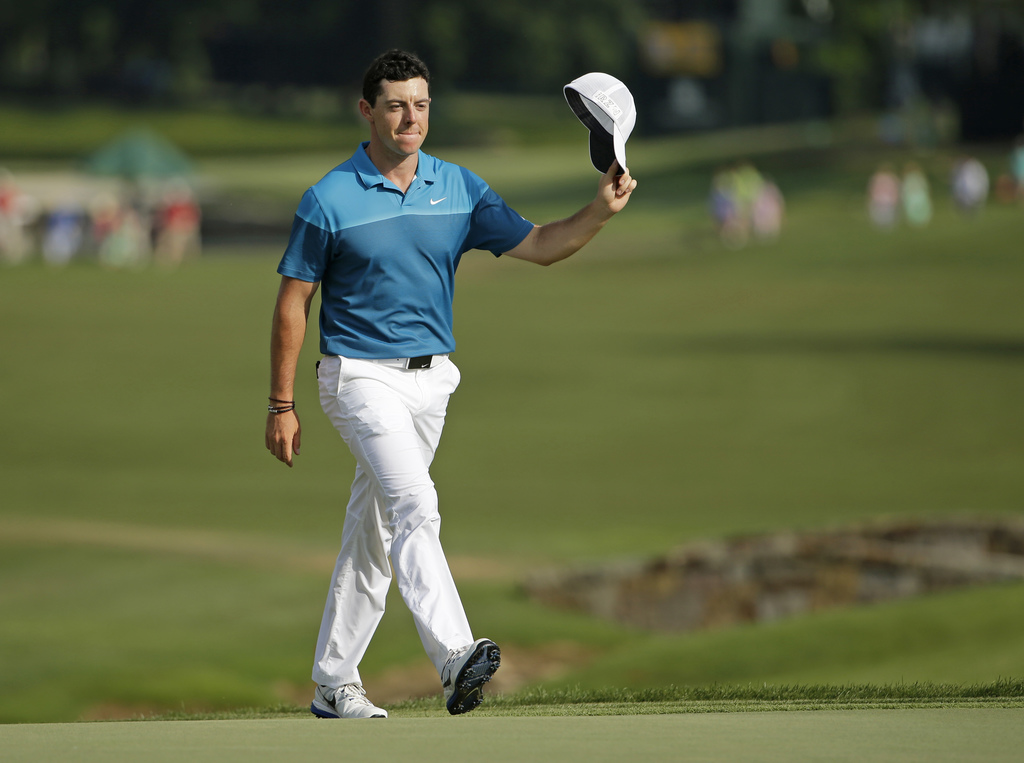 No. 1, 524 yards, par 4: The hole was lengthened so that it essentially combines what had been the opening two holes. A big left-to-right tee shots leaves players atop an elevated landing zone beyond the dogleg. The approach is mid or long iron to a small, undulated green guarded by three big bunkers.

No. 3, 483 yards, par 4: The tee shot must be long and straight, leading to an elevated green that is surrounded by three bunkers and divided by a small ridge that separates the back from the front.

No. 4, 184 yards, par 3: What used to be the par-5 fifth hole has been converted into a par 3 that is framed by pine trees and features a large, undulating green guarded by three bunkers in the front. Anything long will end up below the green and leave a tough par save.

No. 5, 449 yards, par 4: This is another new hole because of changes to the old par 5. It will go down, and then back up a shallow valley to a green that is situated on a hillside behind the sixth tee. The fairway has bunkers on both sides, the green is narrow with a front right bunker.

No. 6, 249 yards, par 3: The long par 3 plays downhill and asks a player to be accurate with a hybrid or a long iron. The green slopes back to front, and is guarded by a front right bunker.

No. 7, 546 yards, par 5: The shortest and most exciting of the par 5s, this is easily reachable in two provided the tee shot avoids bunkers on the left and water on the right that runs long the fairway and cuts in front of the green. The green is surrounded by bunkers. It should be a birdie, but can lead to a big number.

No. 8, 346 yards, par 4: Depending on the tees and the wind, players can try to drive the green or lay up and attack with a wedge. Two bunkers were added to the left side of the fairway, and the green was rebuilt to soften the contours and expand the landing area.

No. 9, 505 yards, par 4: Typically among the toughest par 4s, the drive should avoid a bunker on the right for a player to have a clear shot with a long iron up the hill toward the green. Two front bunkers guard the green, which has a lot of movement to it.

No. 10, 592 yards, par 5: Players can reach this in two provided they avoid the bunker on the left and trees on the right. The green is sloped from back to front and right to left, so position is everything to convert birdie chances. Bunkers are situated on both sides of the green.

No. 11, 462 yards, par 4: This hole was lengthened 40 yards. A large oak at the corner of the dogleg left has been replaced by two large bunkers. The green is slightly elevated and guarded by deep bunkers on the left.

No. 12, 456 yards, par 4: The fairway is narrow with trees tightly guarding both sides. From the fairway, players face a short iron to an elevated green that slopes severely from back to front. It's crucial to keep the ball below the cup to have a chance at birdie or avoid potential three-putts.

No. 13, 208 yards, par 3: The green is situated between two large bunkers. The putting surface has two levels with a collection area on the right middle portion, along with a severe slope from back to front. Par shouldn't be a problem. Birdies figure to be difficult.

No. 14, 344 yards, par 4: Players can go for the green or lay up with an iron. The water down the left side presents the risk with driver off the tee. From the fairway, the green is long and narrow and can be difficult to get it close to the pin. Birdies are as common as bogeys.

No. 15, 577 yards, par 5: The final par 5 is deceptively challenging with water on the left and trees to the right. It plays uphill, and anything in the fairway should leave a fairway metal into the green, which has a ridge down the middle that can feed the ball close or repel it further away. This is the last easy birdie opportunity.

No. 17, 223 yards, par 3: The signature hole at Quail Hollow is a peninsula green that requires a carry of 195 yards from the back tees. With a firm green, players have to be careful with back pin positions so the ball doesn't run off the back into the water. The popular miss is to the right, which leaves a tough up-and-down.

No. 18, 494 yards, par 4: One of the strongest closing holes, players must avoid a bunker on the right and a creek that meanders down the left side of the hole, with a steep slope to the left of the creek. The second shot is uphill with bunkers right and the creek to the left.