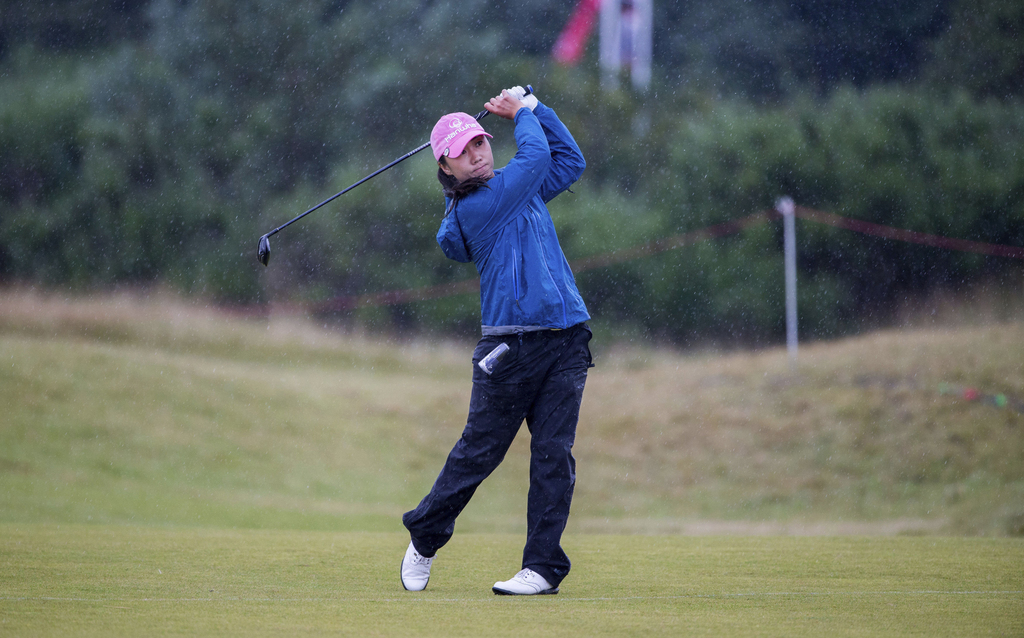 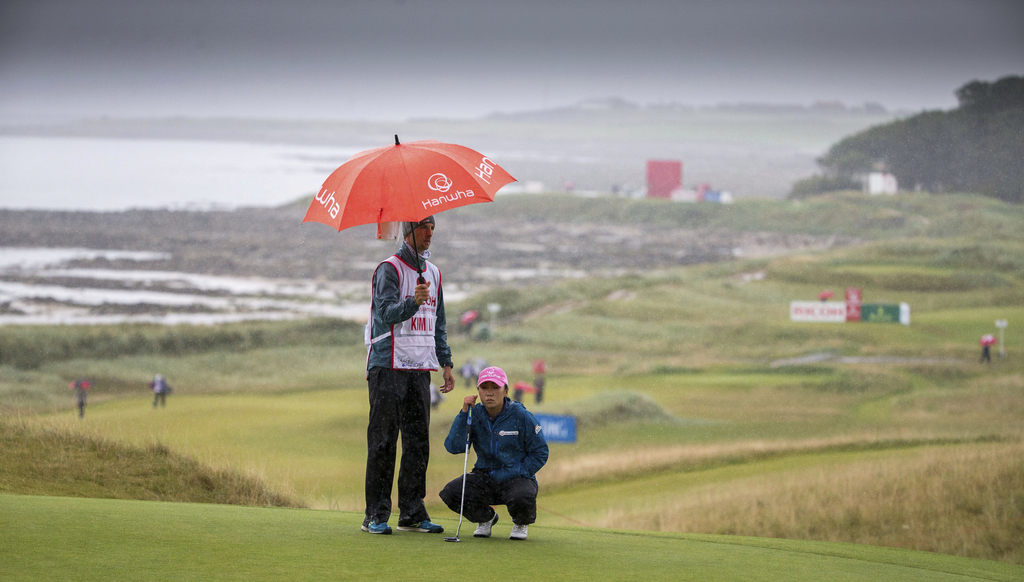 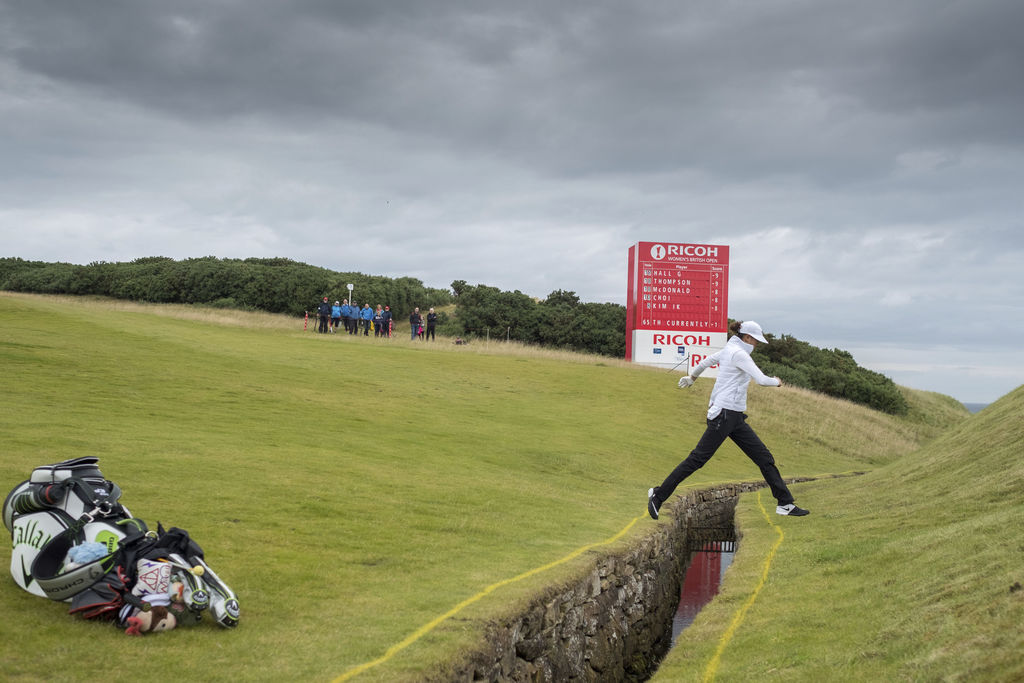 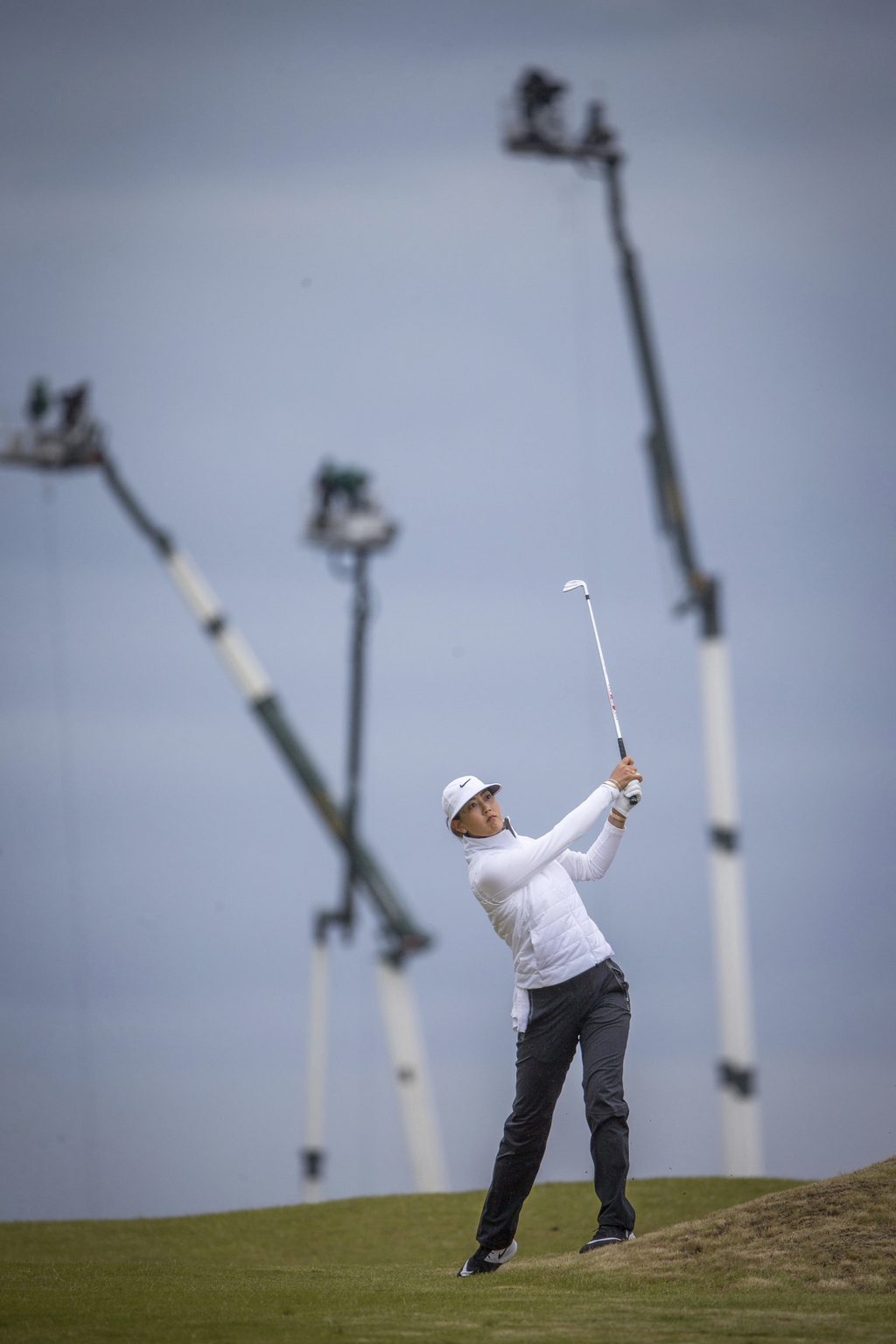 ST. ANDREWS, Scotland (AP) — I.K. Kim, the best player in women's golf right now, emerged from the cold and wet with a 4-under 68 to build a two-shot lead in the Women's British Open going into the weekend.

A two-time winner on the LPGA Tour over the last two months, Kim dropped only one shot in some of the worst conditions at Kingsbarns Links and reached the halfway point at 11-under 133. She was two shots clear of Lexi Thompson and Georgia Hall of England.

Kim displayed a remarkable fortitude in weather that veered erratically toward the end of the day between bright sunshine and torrential downpours. The 29-year-old from South Korea atoned for her lone bogey with three birdies and an eagle on the 538-yard 11th hole.

"The eagle was very unexpected," Kim said before conceding her drive landed on a friendly downslope and gained an extra 30 yards or so. "I think this was kind of as bad as the weather could get. I expected rain, but not like this. It's not easy to play in this kind of weather. But I feel really good about my game. I've been hitting the ball very well and I'm starting to make some putts. That's when I shoot low scores."

Still, perhaps the most significant move came from Thompson, the No. 2 player in the world.

Two-over par and birdie-free after nine-holes, the big-hitting Floridian played the homeward nine in 30 with six birdies — five in succession. In addition, she found time to add a new phrase to golf's already voluminous terminology.

"I ball-striked it out there," she said. That was fair enough, if grammatically flawed. Even on that disappointing front nine, the eight-time LPGA champion struck her shots with an authority few in the women's game can match.

"I actually hit it the same throughout both nines," she said. "I just left myself with 30-40 feet on my two bogeys and three-putted them. I hit great shots. Going in, they were going right at the flag, but they both got bounces that went sideways. Then I didn't make the second putt. But I hit it great the whole day and just got on a roll there on the back."

Another key to Thompson's success so far is her caddie, Kevin McAlpine. The former Scottish Amateur champion worked four summers at Kingsbarns and knows the course well.

"Kevin has helped with my decision-making on basically every hole," said Thompson. "His input going into the greens is especially valuable. He tells me where to land the ball and he's been spot on every time. He knows the greens like the back of his hand, as well. He's helped me out a lot out there."

First-round leader Michelle Wie did not fare so well. The 27-year old American made only one birdie in a 76 that leaves her seven shots off the pace and in a tie for 21st with two rounds remaining. Wie has not won since the 2014 U.S. Women's Open at Pinehurst No. 2.