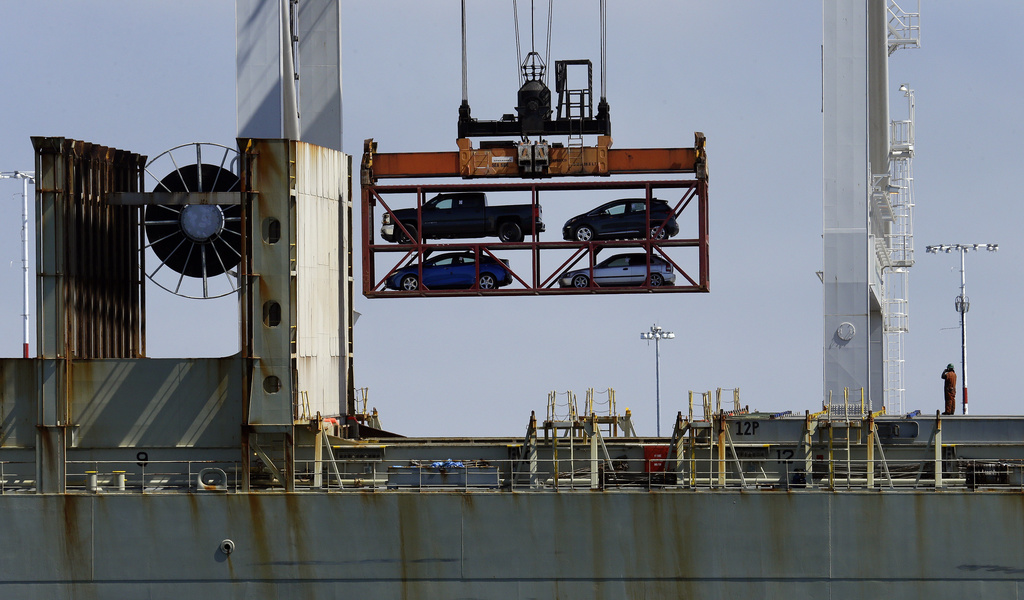 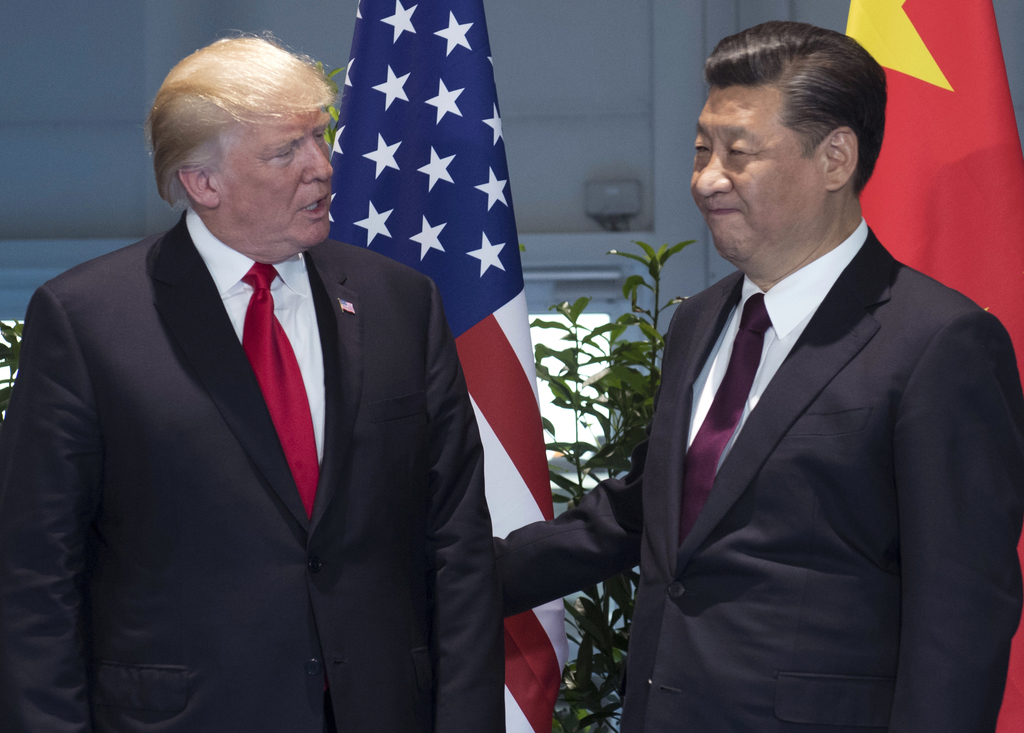 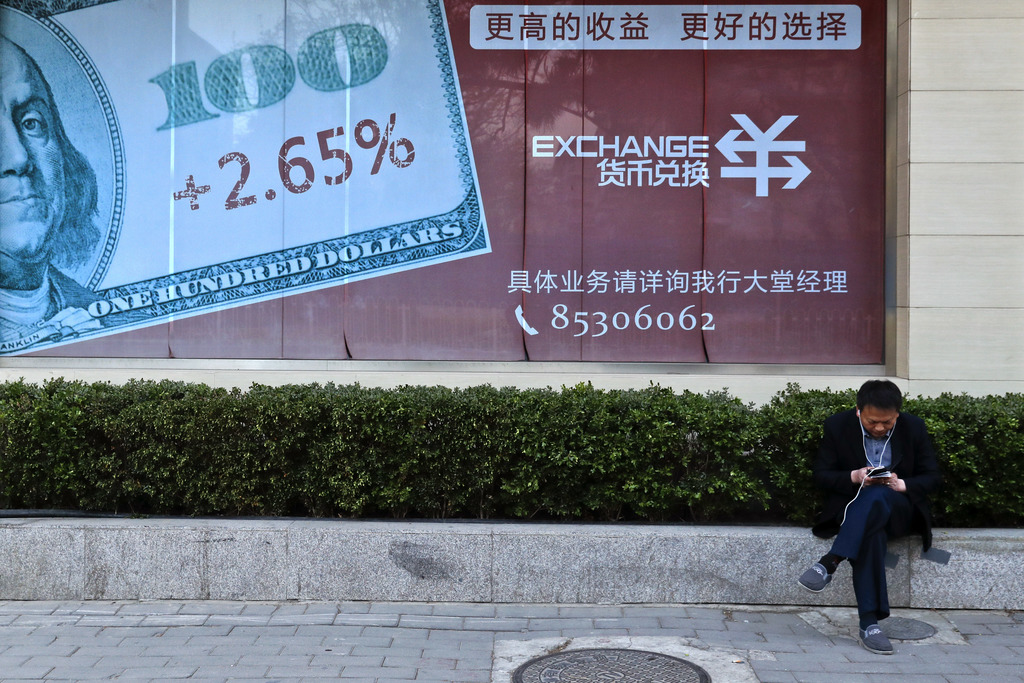 WASHINGTON (AP) — Is the United States the 98-pound weakling of global trade?

President Donald Trump and his economic advisers think so. They point to 41 straight years of U.S. trade deficits as evidence that America has been out-competed, out-negotiated and flat out cheated by trading partners like China, Mexico and Germany — countries that consistently sell more to the United States than they buy.

Friday, the Commerce Department reported that the United States once again registered a trade deficit — $43.6 billion in June. So far this year, the trade gap is $276.6 billion, up nearly 11 percent from January-June 2016.

Trump and his team view trade deficits as an economic evil that strangles growth and kills American jobs. They've promised to bring the deficits down — by imposing tariffs and other barriers to imports if they have to.

Conventional economists don't see things that way. They reject the idea that trade is a zero-sum game in which the prize goes to countries that export more than they import. They argue that Americans benefit from the wider choices and lower prices that imports offer — though foreign competition clearly has cost America factory jobs.

Sometimes, economists note, a big trade deficit is a sign of prosperity: When times are good, Americans can afford to buy more imports.

The United States, for instance, recorded a record trade deficit — $762 billion — in 2006 when economic growth was a healthy 2.7 percent. Three years later, in the depths of the Great Recession, the deficit shrank to $384 billion because worried American consumers were cutting back on imports — and everything else.

Likewise, says economist Timothy Taylor, editor of the Journal of Economic Perspectives, "Japan has had big surpluses for most of the past 25 years, and they've been a pathetic basket case."

Trade deficits do reduce gross domestic product, the broadest measure of a country's economic output. But that's mainly a matter of mathematics. GDP is supposed to count what's produced domestically. So imports — which can show up in the GDP as consumer spending when you buy, say, a Chilean wine — have to be subtracted to keep them from artificially inflating domestic production.

Team Trump says China, Mexico and other countries take advantage of unfair trade deals to drive up their exports to the United States and block imports.

Mainstream economists say bigger economic factors are at work. The United States spends more than it saves — choices that show up as large budget deficits in Washington and big credit-card balances in American households. And "the only way you can consume more than you produce," Taylor notes, "is to import."

Economists say foreigners shouldn't be blamed for Americans not living within their means.

The U.S. dollar is also a problem when it comes to lopsided trade — and here, economists say, Trump has a stronger case against duplicitous foreigners: Other countries have manipulated the currency markets to gain an unfair advantage, although that's not the whole story.

The dollar is the world's currency, used in international business deals and for buying global commodities such as oil. That means there's usually high demand for dollars around the world.

In some ways, this is a good thing for America. A strong and stable dollar gives foreigners confidence to lend and invest in America. Confidence in the greenback allows Americans to borrow at lower interest rates than they'd otherwise have to pay.

And it's not just neutral market forces that have kept the dollar strong. In years past, other countries have deliberately bought dollars and sold their own currencies to drive up the American currency and give their exporters a cost advantage.

Trump has blasted China, in particular, for currency manipulation. Most economists say that for years Beijing was guilty — though it has reversed policy in recent years and has lately been intervening in financial markets to strengthen, not weaken, the Chinese yuan.

C. Fred Bergsten and Joseph Gagnon of the Peterson Institute for International Economics have calculated that currency manipulation accounted for 35 percent of the U.S. trade deficit when it was near its peak in 2007.

Still, mainstream economists don't advocate punishing currency manipulators by imposing tariffs or other sanctions on their imports. That wouldn't do much good — likely causing Americans to buy imports from different foreign countries rather than domestic sources — and would risk provoking retaliation on American exports.

Or Washington could borrow a page from President Ronald Reagan's playbook: In 1985 — when the dollar had surged against the Japanese yen and other currencies — the United States summoned representatives from Germany, Japan, France and Britain to New York's Plaza Hotel to hammer out a deal. After some arm-twisting, those countries agreed to intervene in financial markets and buy their currencies to give the dollar some relief.

The Plaza deal was partly meant to keep an angry Congress from resorting to baldly protectionist measures such as tariffs.