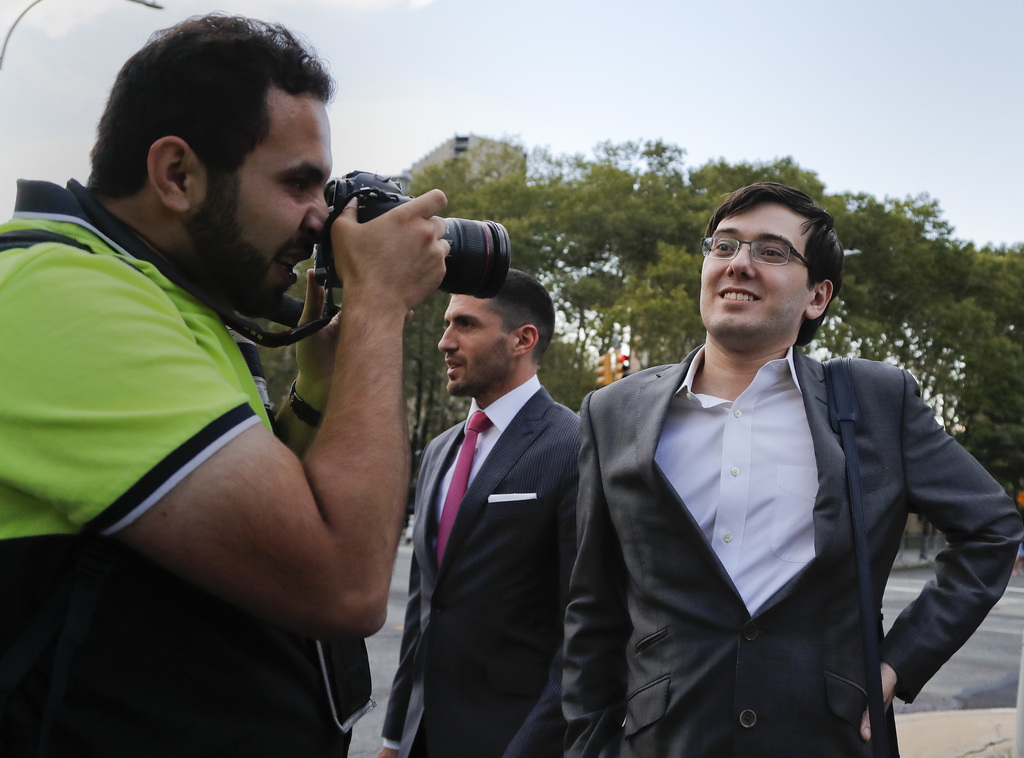 NEW YORK (AP) — A defendant in a money laundering case has at least two things in common with "Pharma Bro" Martin Shkreli — the same name and the same judge.

The other Martin Shkreli pleaded not guilty Friday in the same New York courtroom where the former pharmaceutical CEO was waiting for a verdict in his securities fraud trial. His doppelganger wasn't there at the time.

The odd coincidence wasn't lost on the 59-year-old Shkreli No. 2, who smiled and shook his head when asked about his counterpart. He said he had no interest in being that "famous."

Prosecutors have accused the more notorious of the two Shkrelis of deceiving investors in two failed hedge funds. The 34-year-old "Pharma Bro" is best known for raising the price of a life-saving drug by 5,000 percent.