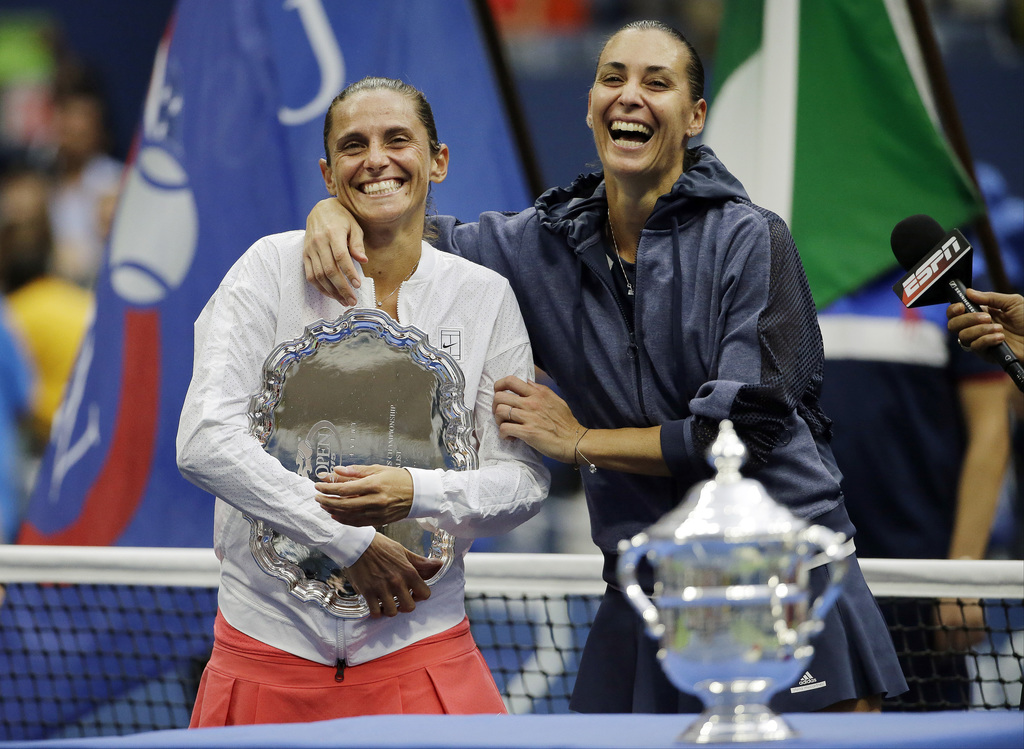 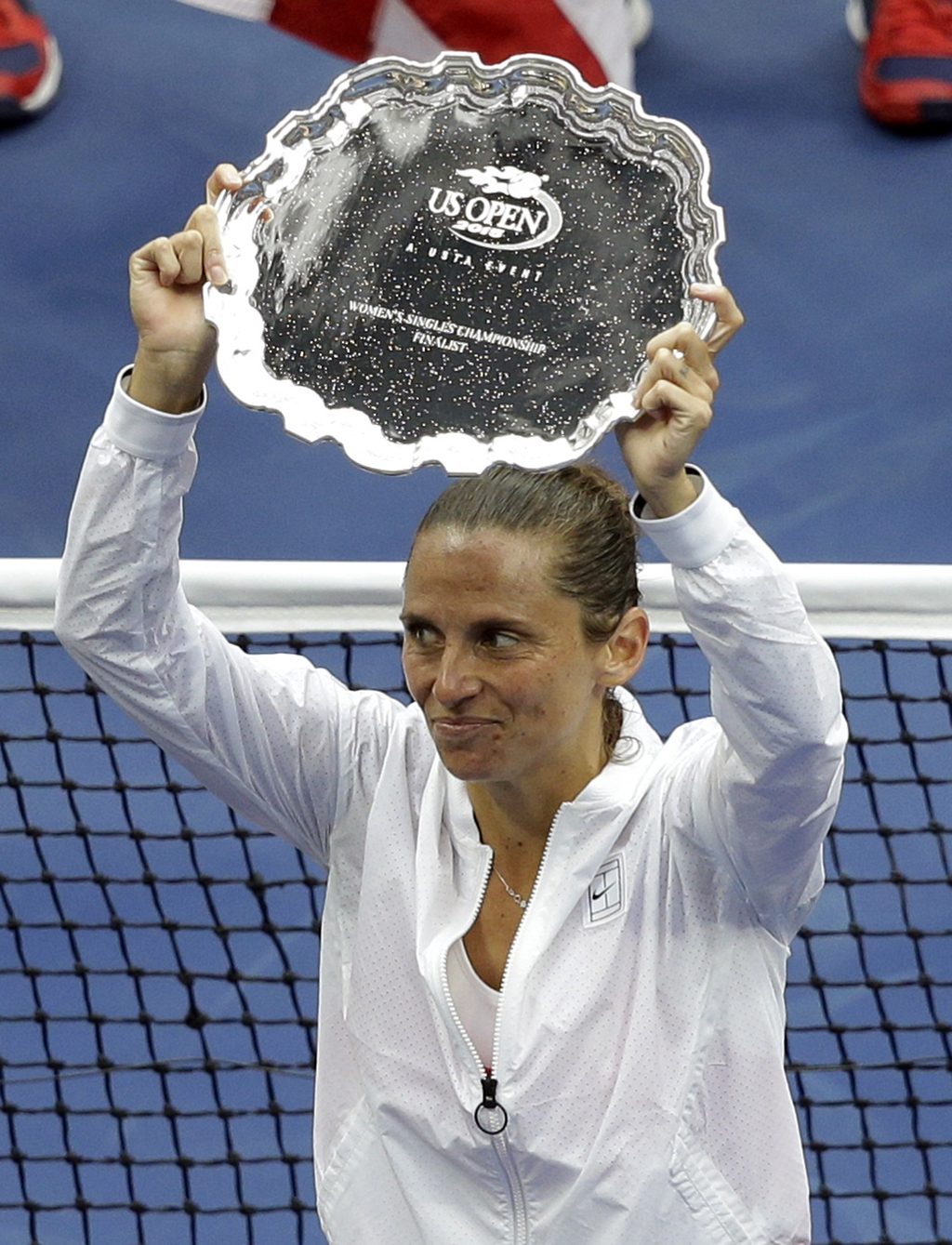 Vinci writes on Instagram, "Unfortunately, a few days ago a group of thieves entered my house in Taranto and stole valuable objects. ... including some objects for which the economic value is not even comparable to their emotional value to me: the trophies that I won over my career."

While Vinci did not specify if the silver platter she was awarded for her runner-up finish in the 2015 U.S. Open was among the pieces stolen, she posted a picture of herself holding the platter. Vinci lost to fellow Italian Flavia Pennetta in the final.

The 34-year-old Vinci adds that whoever took the trophies from her home in southern Italy, they can't take away "the memories, the tears, the sweat, the effort, the dedication, the smiles and the sacrifices made to achieve these goals."