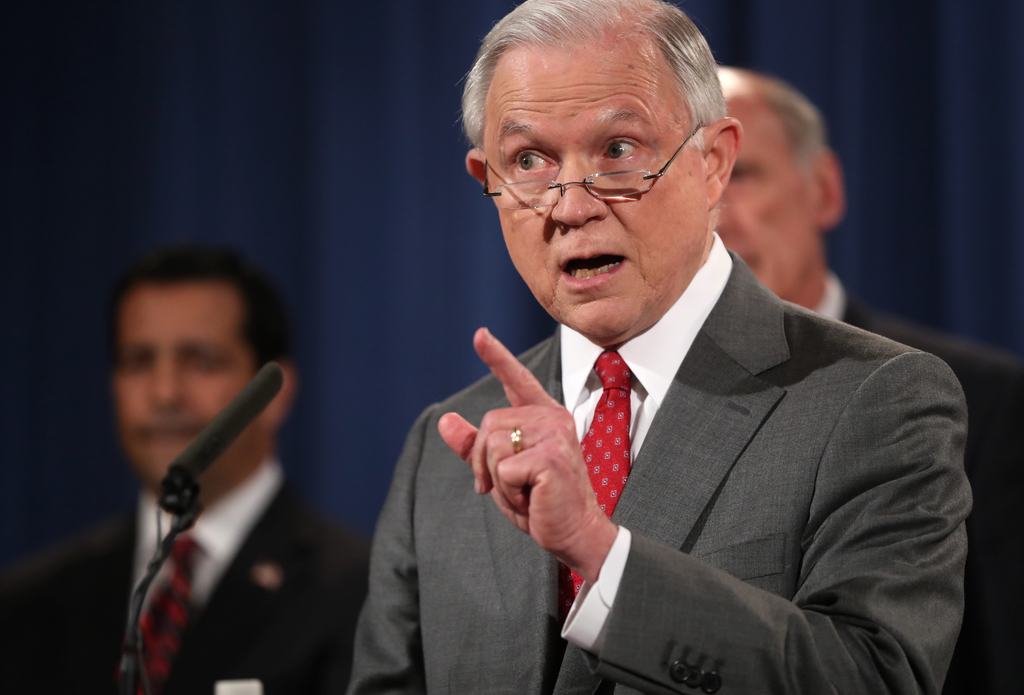 WASHINGTON (AP) — The Latest on Attorney General Jeff Sessions' effort to crack down on leaks of classified information (all times local):

Attorney General Jeff Sessions is warning against leaks of classified information that he says can hurt national security.

His Justice Department announcement comes amid news reports involving the Trump campaign and White House that relied on classified information.

And it comes one week after the president called Sessions weak in cracking down on leaks.

Sessions says the department is reviewing guidelines related to subpoenas of journalists.

The Obama Justice Department brought more leaks cases than all its predecessors combined. It was criticized for maneuvers viewed as needlessly aggressive and intrusive.

The department in 2015 revised its guidelines to require additional levels of approval before a journalist could be subpoenaed.

The White House's anger about leaks is growing, and the Trump administration is stepping up efforts to crack down on it.

The attorney general and the national intelligence director are set Friday to discuss what the Justice Department calls "leaks of classified material threatening national security."

A presidential adviser is raising the possibility of lie detector tests for the small number of people in the West Wing and elsewhere with access to transcripts of President Donald Trump's phone calls. The Washington Post has published transcripts of his conversations with the leaders of Mexico and Australia.

Trump counselor Kellyanne Conway tells "Fox & Friends" that "it's easier to figure out who's leaking than the leakers may realize."

And might lie detectors be used? She says: "Well, they may, they may not."