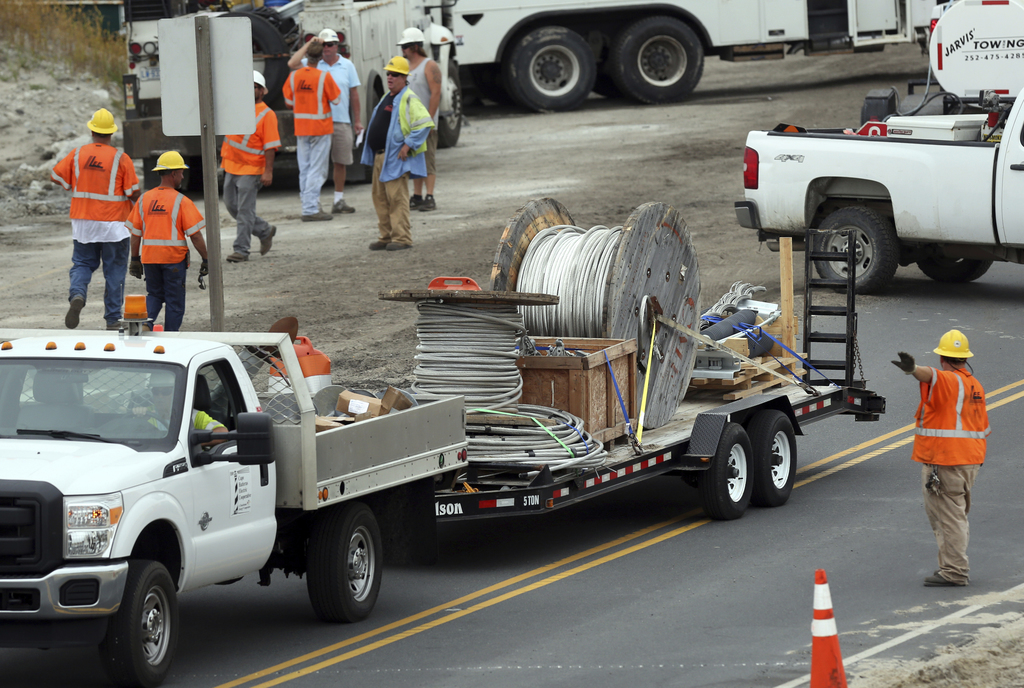 RALEIGH, N.C. (AP) — The Latest on the return of visitors after massive power outage on two North Carolina islands (all times local):

Stores and restaurants were chopping vegetables and stocking their seafood counters to get ready for tourists returning to two North Carolina islands after a massive power outage.

Buxton Seafood owner Nicholas Wolosuk said he went fishing Friday morning so he could offer fresh seafood as visitors return after noon to Hatteras Island. He also made a special hour-long drive off the island to shop at a seafood supplier to get ready.

To the south on Ocracoke Island, the kitchen staff at the Back Porch restaurant were chopping vegetables and making sauces in preparation to open on Saturday. Owner Daphne Bennink said it will take two full days of prep work to get ready after a week of being closed.

The weeklong outage came at the height of the tourism season that's crucial to island businesses' bottom lines.

Tourists are heading back to two North Carolina islands that were struck by a massive power outage at the height of vacation season.

Many who were scheduled to arrive this weekend were watching closely to find out if power would be restored in time to salvage their vacations. They finally got their answer when state officials said both islands would reopen to tourists at noon Friday.

One of them is Maryland resident Colleen Sax, who's heading down to Avon on Hatteras Island with her husband and two adult daughters.

She says she was watching closely for updates from the power company and felt a sense of relief when it was announced on Thursday that electricity was restored.

Businesses on two North Carolina islands are gearing up for the return of tourists after a weeklong power outage that struck at the height of summer tourism season.

Visitors will be allowed to return to Hatteras and Ocracoke islands at noon Friday.

Power was cut to both islands a week ago during a construction accident. Workers building a new bridge drove a steel casing into underground transmission lines.

An estimated 50,000 tourists were ordered to leave the islands. Power was restored Thursday.

The summer is a make-or-break season for local businesses and many close during the cold-weather months.

Robin Jennette is a manager at Conner's Supermarket in Buxton on Hatteras Island. She says the grocery store is stocked and ready for tourists to return.