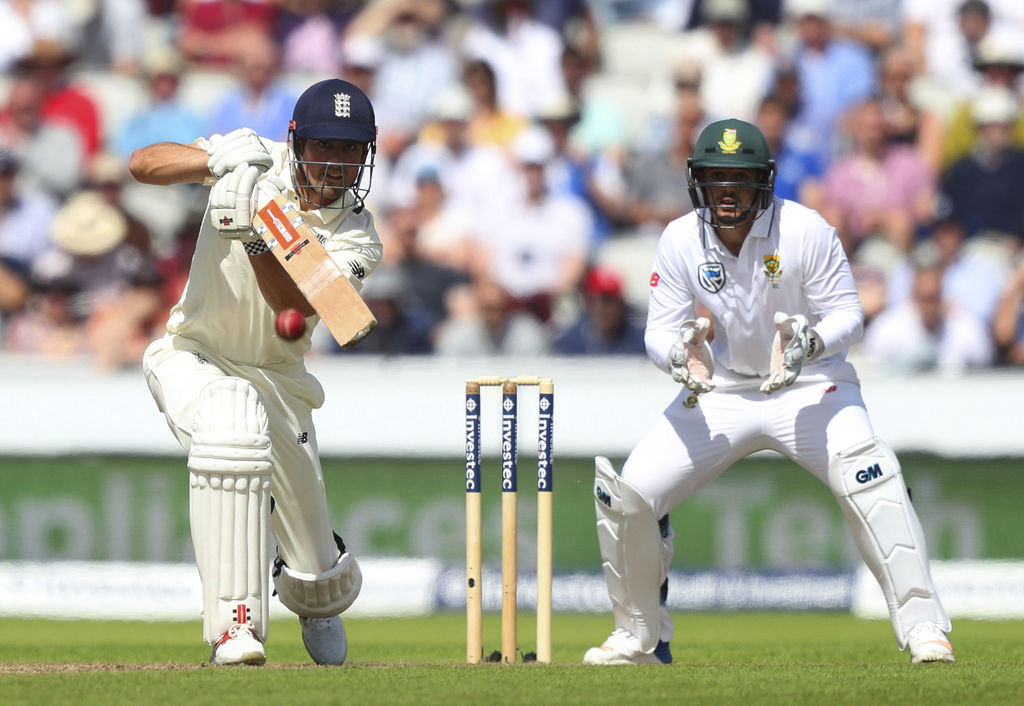 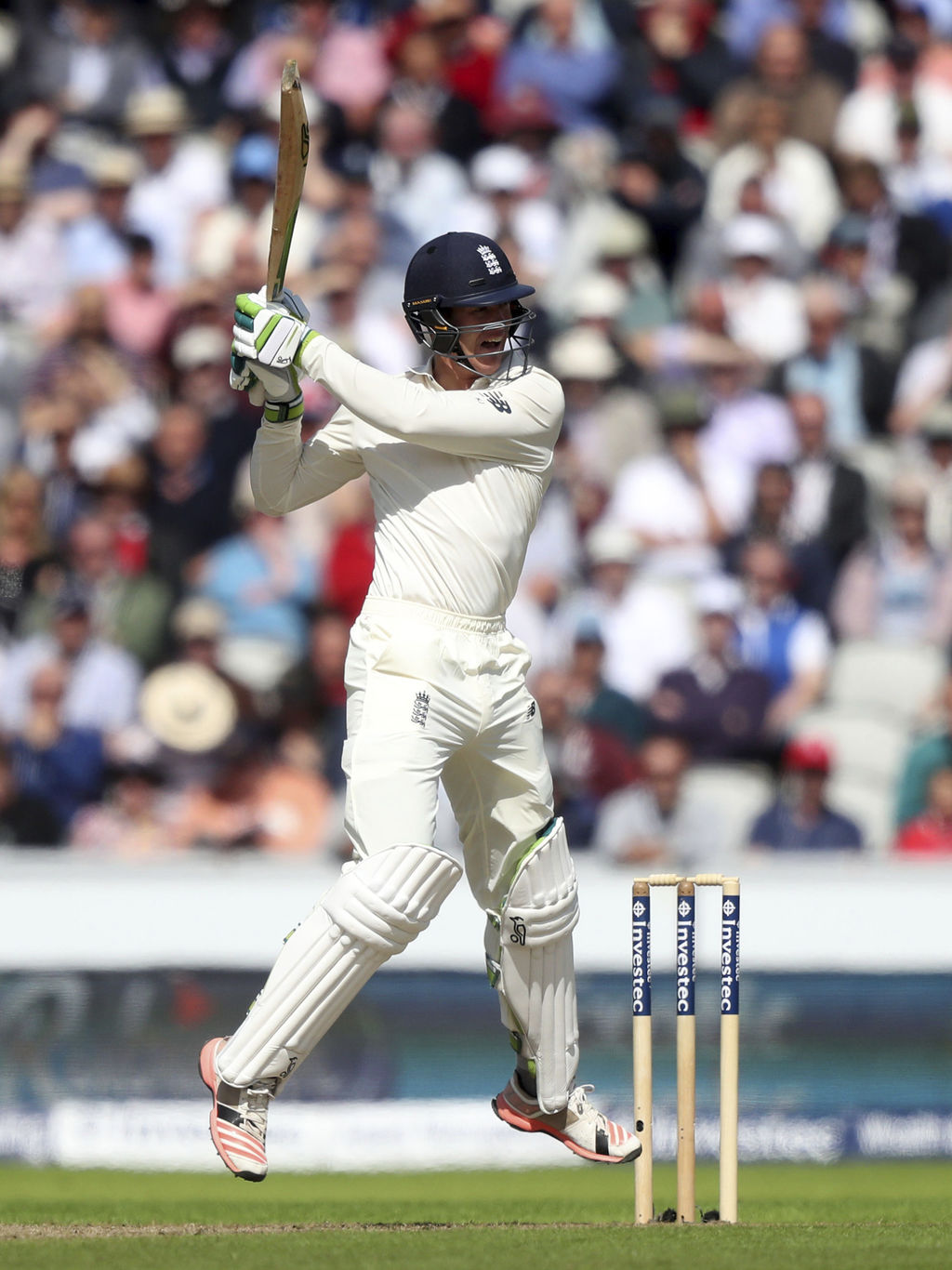 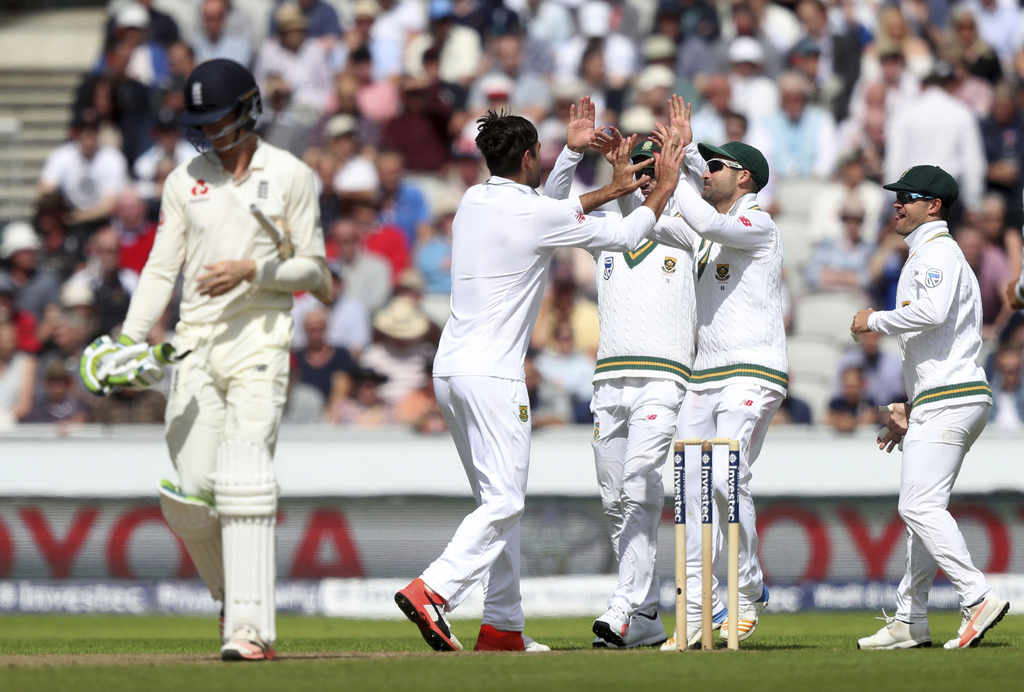 MANCHESTER, England (AP) — England battled to 67-1 at lunch on Day 1 of the final test against South Africa, a morning when runs were hard to come by and the English batsmen had to toil.

After winning the toss and choosing to bat, England lost only Keaton Jennings in testing conditions in the first session at Old Trafford. He was out for 17 in another failure for him.

Alastair Cook was 31 not out but his innings illustrated the grind, with England's most experienced batsman facing 81 deliveries. Tom Westley was 19 not out off 56 balls alongside his county teammate.

Still, England would be relieved that only one wicket fell, with the South African bowlers, and especially Morne Morkel and Kagiso Rabada, beating the bat on numerous occasions.

It's been raining this week in Manchester and England captain Joe Root made the brave decision to bat first on a wicket which was bound to help the seam bowlers in the early stages of the test.

The successful South African bowler was Duanne Olivier, who removed Jennings caught behind by wicketkeeper Quinton de Kock in the 13th over.

Olivier is one of two changes in the South African team, which is missing key seamer Vernon Philander and allrounder Chris Morris, who both have back injuries.

Philander's absence, especially, leaves the South African attack understrength and without its best bowler on current form in a game it must take 20 wickets in if it wants to win and save the series.

England retained an unchanged lineup after taking a 2-1 lead in the seesaw series, which has swing back and forth dramatically. England won the first test convincingly, South Africa dominated the second game, and England responded with a heavy victory in the third test.

England is seeking a first series victory for new captain Root and its first win in a home series over South Africa since 1998.