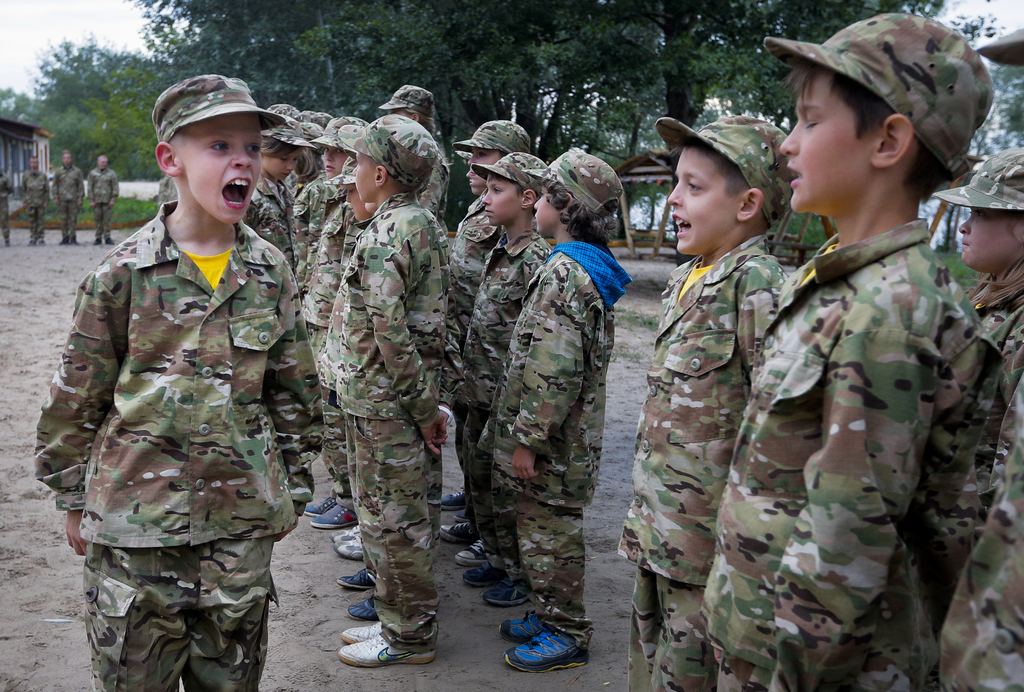 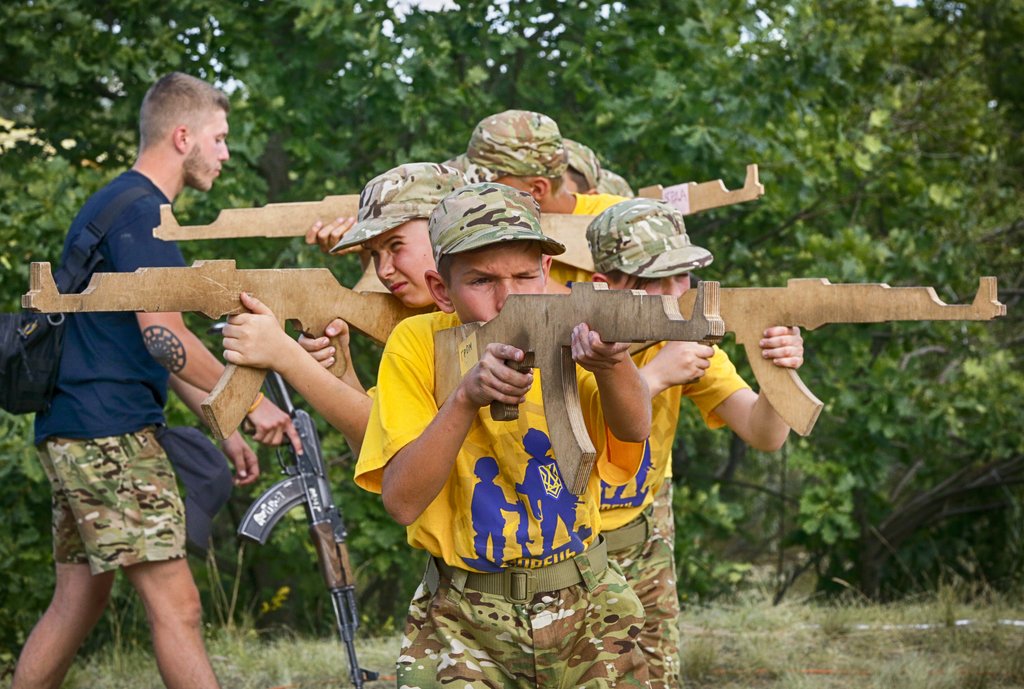 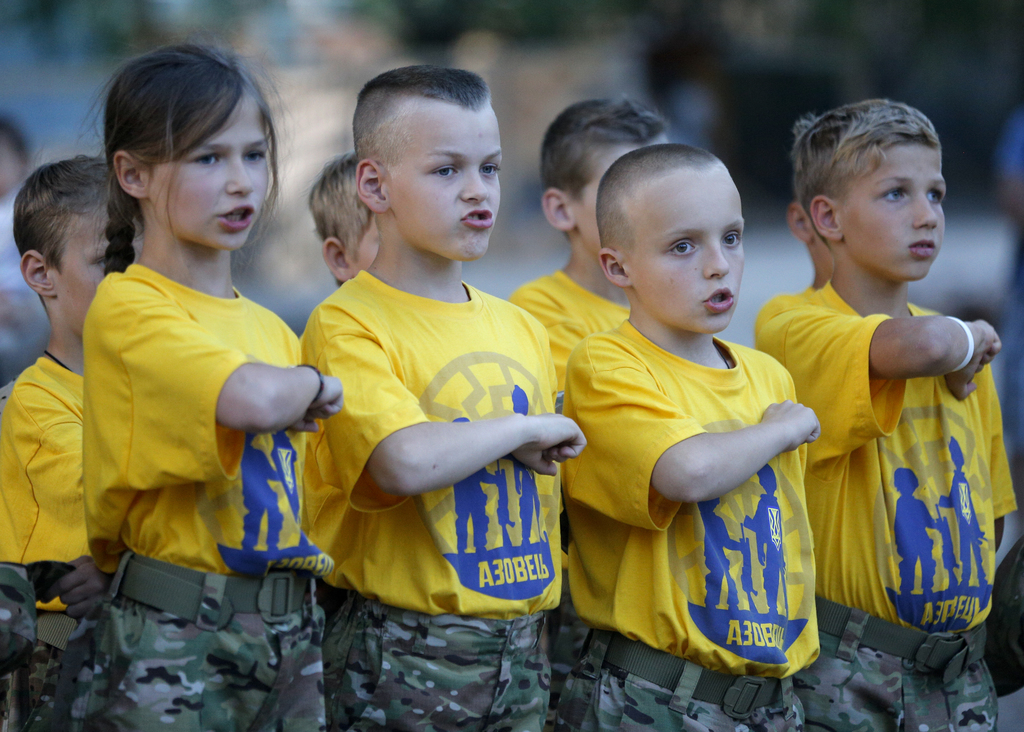 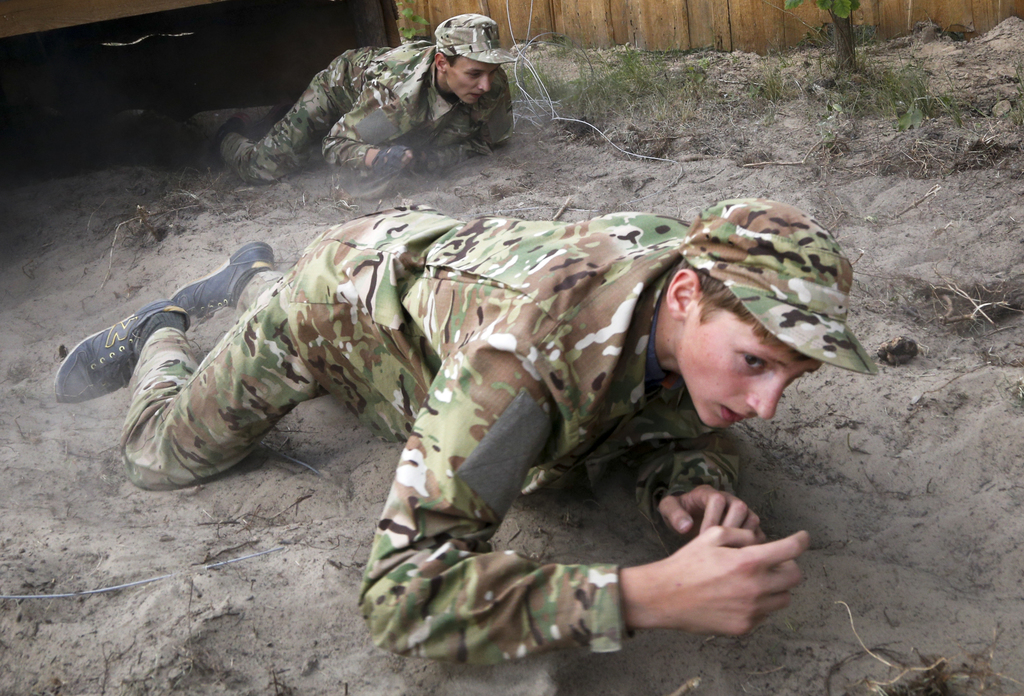 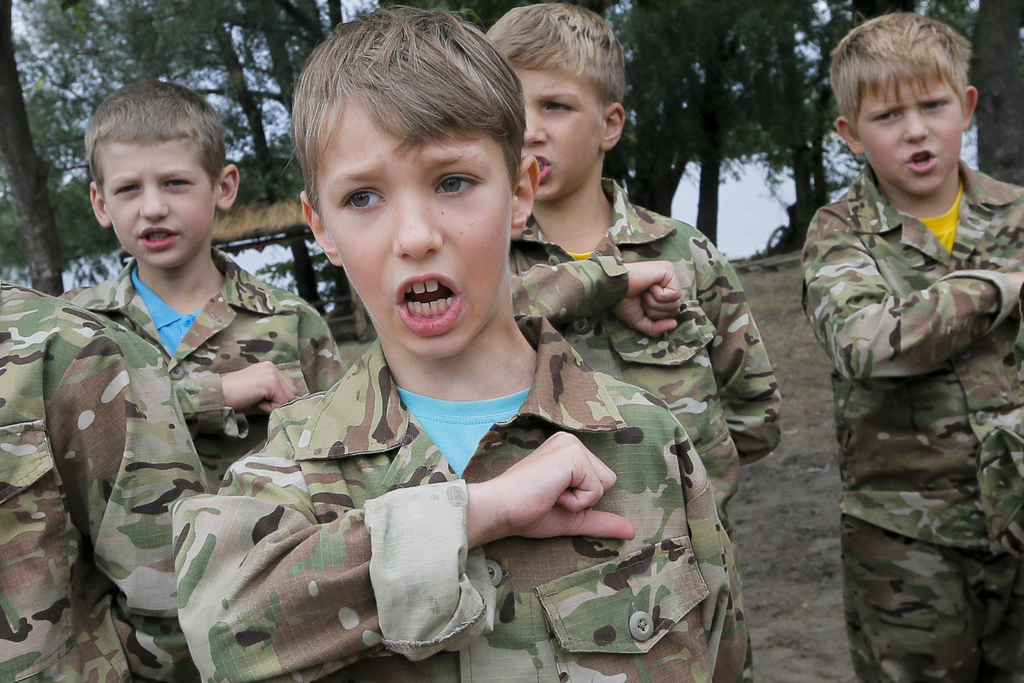 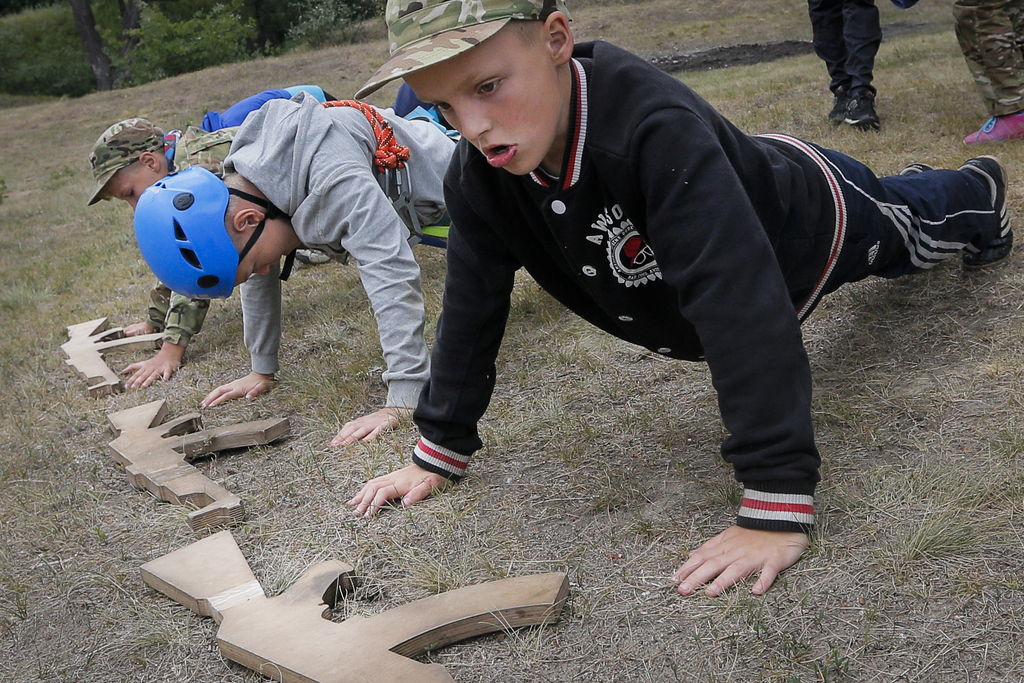 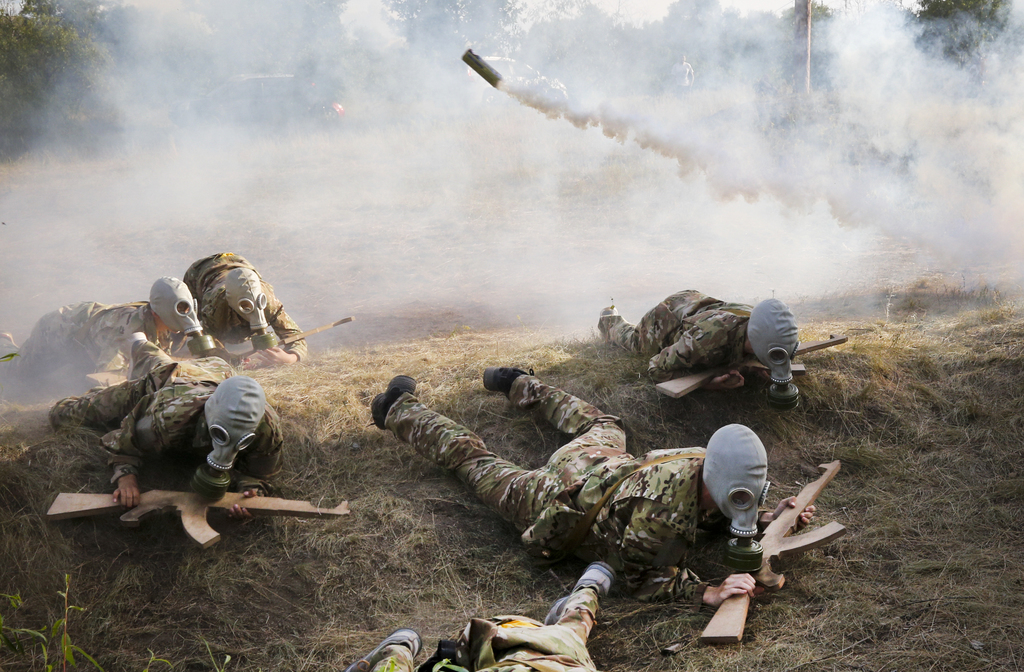 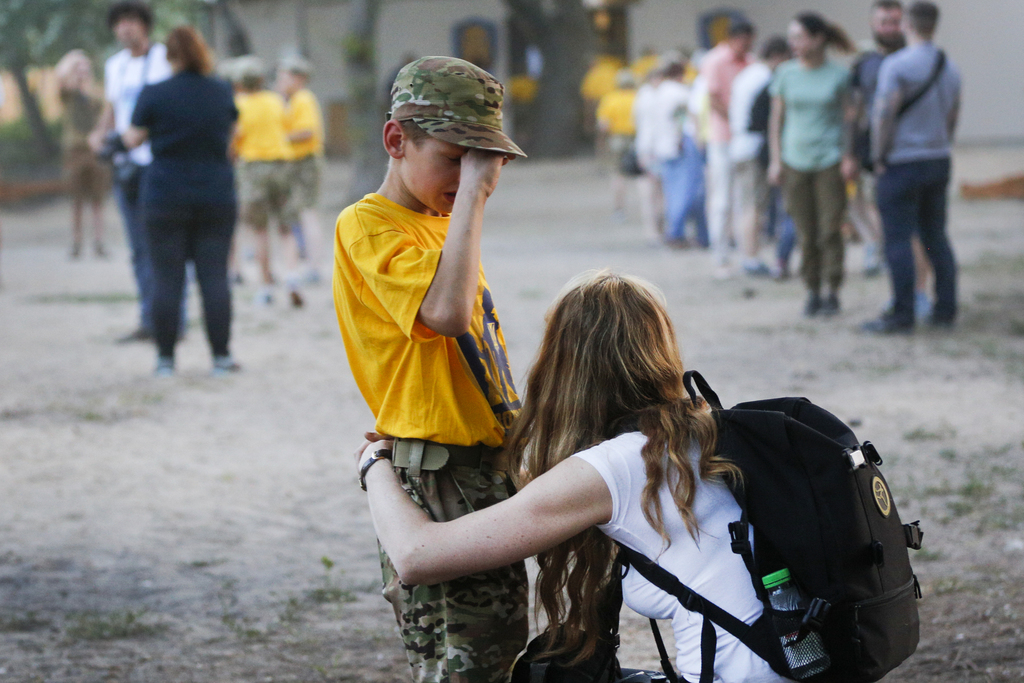 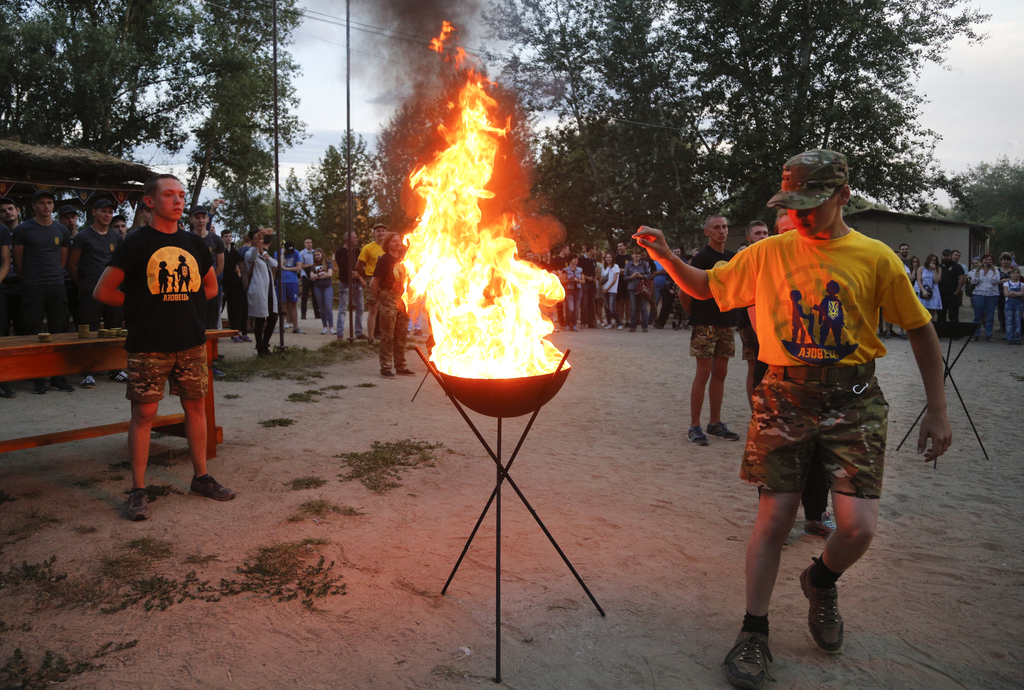 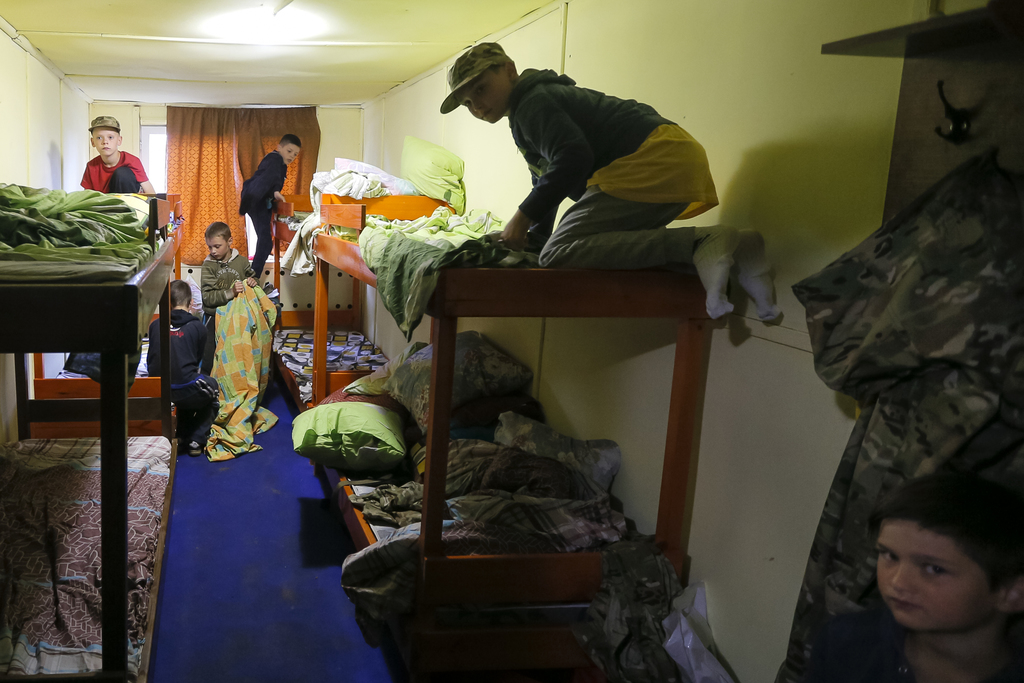 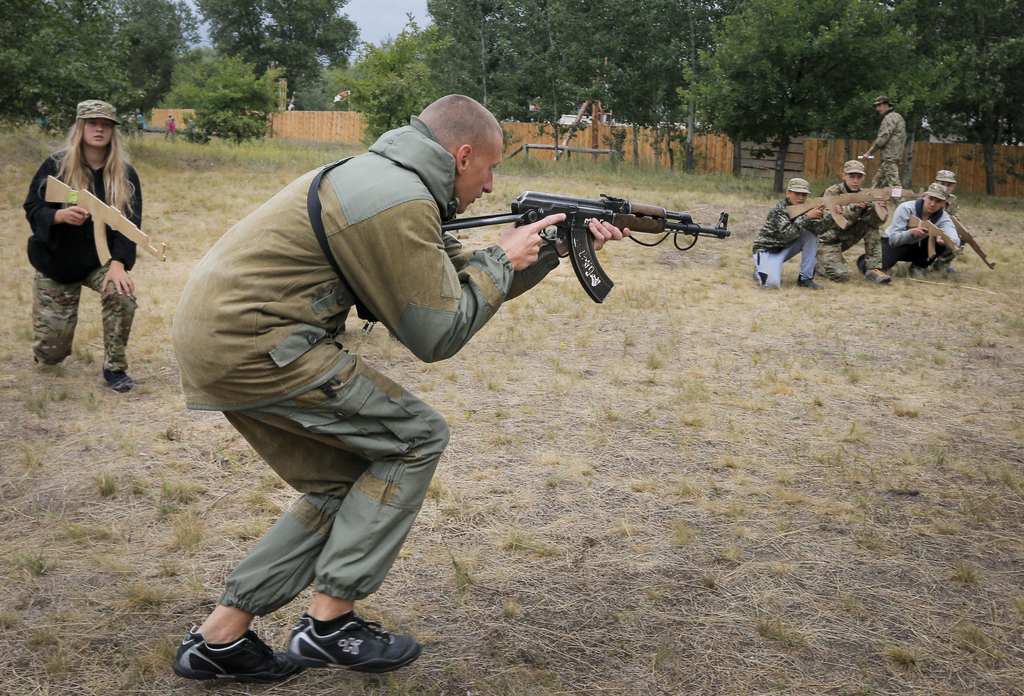 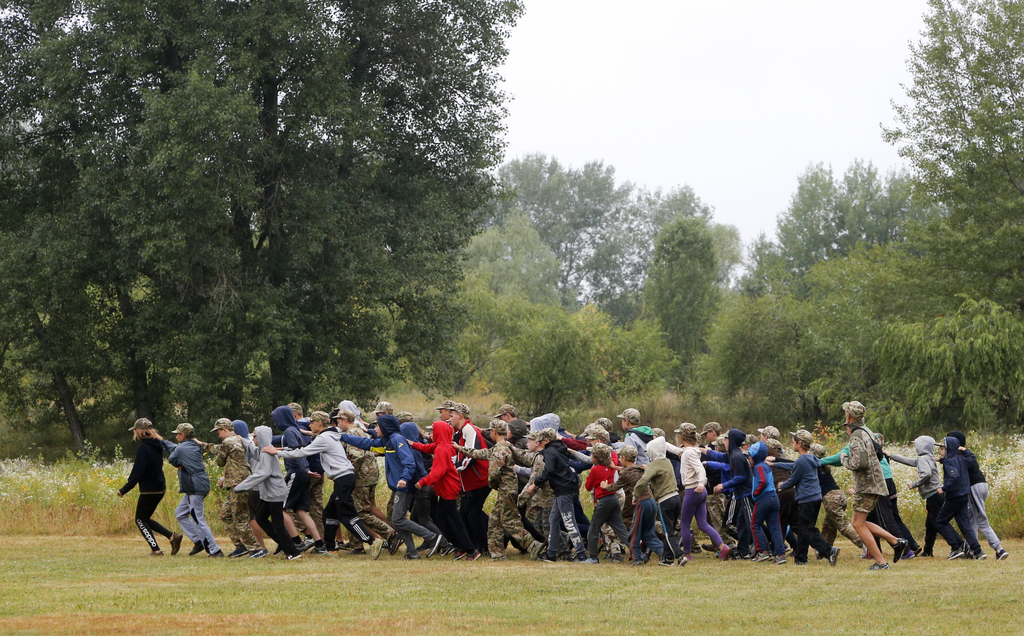 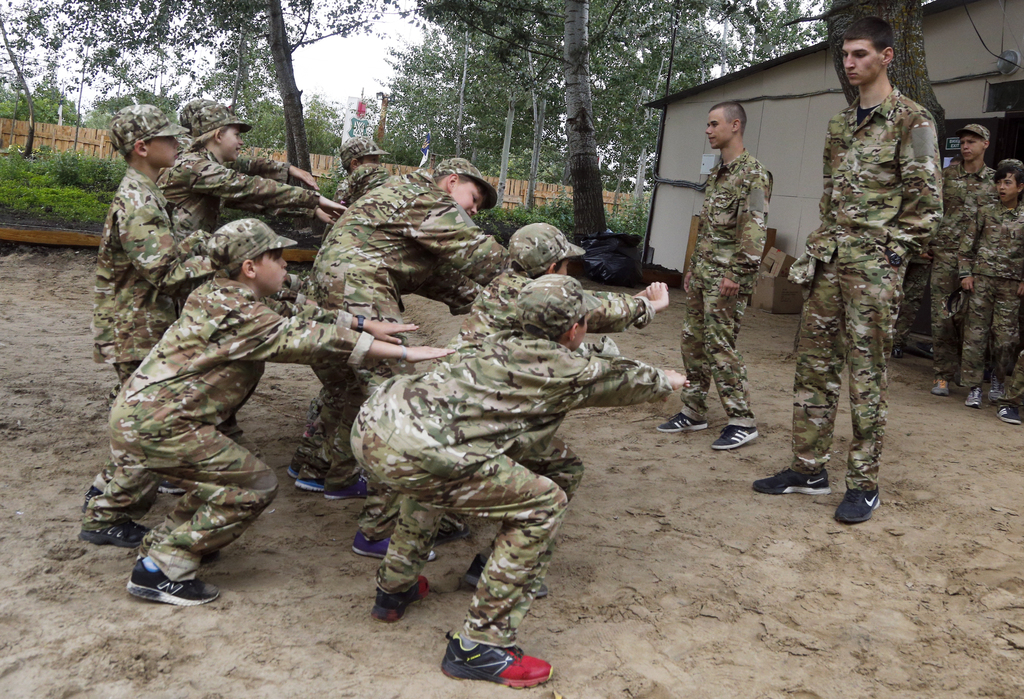 KIEV, Ukraine (AP) — Instead of swimming and playing volleyball, hundreds of children in war-torn Ukraine have spent this summer assembling Kalashnikov rifles and mastering the art of war.

As the deadly conflict in eastern Ukraine entered its third year, some parents here are anxious to make sure their children are ready to fight pro-Russia rebels.

Nearly 10,000 people have been killed in fighting between Russia-backed separatists and government troops in Ukraine's east since 2014, and despite a cease-fire being formally in place, civilians and troops still die and get injured almost on a daily basis.

The Azov volunteer battalion's members have been fighting on the eastern front, becoming notorious for their far-right views. It has set up a two-week paramilitary program for children, and as of early August, more than 850 children have received training at seven Azov camps across the country.

Formally part of the Ukrainian National Guard, Azov is a de-facto private army which was originally financed by oligarch Ihor Kolomoisky. Its current sources of funding are unknown, and the battalion says it relies on private donations.

Its members have faced numerous accusations of human rights abuse in the conflict zone. Human Rights Watch and Amnesty International in a joint report last year said it had received credible allegations of torture and "other egregious abuses" by volunteer battalions including Azov.

The training which focuses on the art of war and physical exercise is infused with nationalistic ideas.

"Ukraine, holy mother of heroes, come into my heart!" a rank of 100 camouflage-clad children were chanting on a recent evening at the camp outside Kiev, their fists resting on their hearts as the Ukrainian flag was being hoisted.

Azov's leaders have vehemently rejected suggestions of having neo-Nazi leanings. Their emblem bears a striking resemblance to the Wolfsangel, which was widely used by Nazi German divisions during World War II. Azov, however, claims the letters "N'' and "I'' stand for "national idea."

The battalion's far-right views, however, don't scare off parents who typically pay the equivalent of $120 for their children to spend two weeks with tattooed fighters, running in the woods with mock rifles and doing pushups.

"Children become stronger and more disciplined here," says Iryna Shvets, the mother of a 13-year-old boy who attended the camp outside Kiev.

Many parents say they feel good knowing that their children are well-equipped to a life in a country which is fighting a war.

Anton Kryuk, the father of a 12-year-old boy who was at the camp in July, says he hopes his child won't have to fight in the east.

"But until this madness with Russia stops he should know how to defend his country," he said. "We can only rely on ourselves."