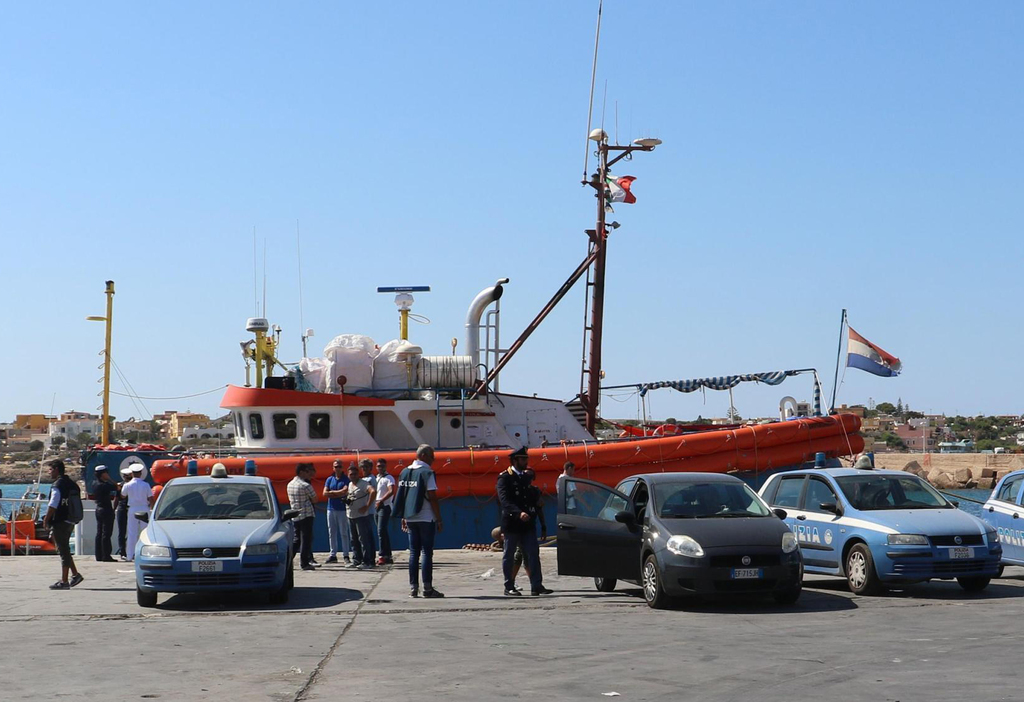 Italy's ambassador to Libya says his country's naval mission to thwart migrant smugglers is going ahead despite threats.

The general commanding militias in eastern Libya which oppose the Tripoli-based government had been quoted as saying he'd have Italian naval vessels bombed if they help Libya's coast guard in territorial waters off the north African country's western coast, where many of the smugglers are based.

With patience thinning over the hundreds of thousands of asylum-seekers rescued at sea in recent years and taken to Italian ports, Parliament this week approved sending naval units to assist Libya stop smugglers boats.

Italy's government insists the vessels are being deployed at the Tripoli-based government's request.

A European Union official says more than 850,000 people are now benefiting from a EU-funded project that provides cash assistance to the most vulnerable refugee families in Turkey.

The program, billed as the EU's largest humanitarian program, provides debit cards to the most disadvantaged families allowing them to buy food and meet other needs.

It was launched last year following an agreement in which the EU pledged 3 billion euros to help Syrian migrants in Turkey in return for Turkish assistance in curbing illegal migration to Europe.

Jane Lewis, head of the EU humanitarian aid office in Turkey, said Friday that the program aims to assist 1.3 million refugees by the end of the year.