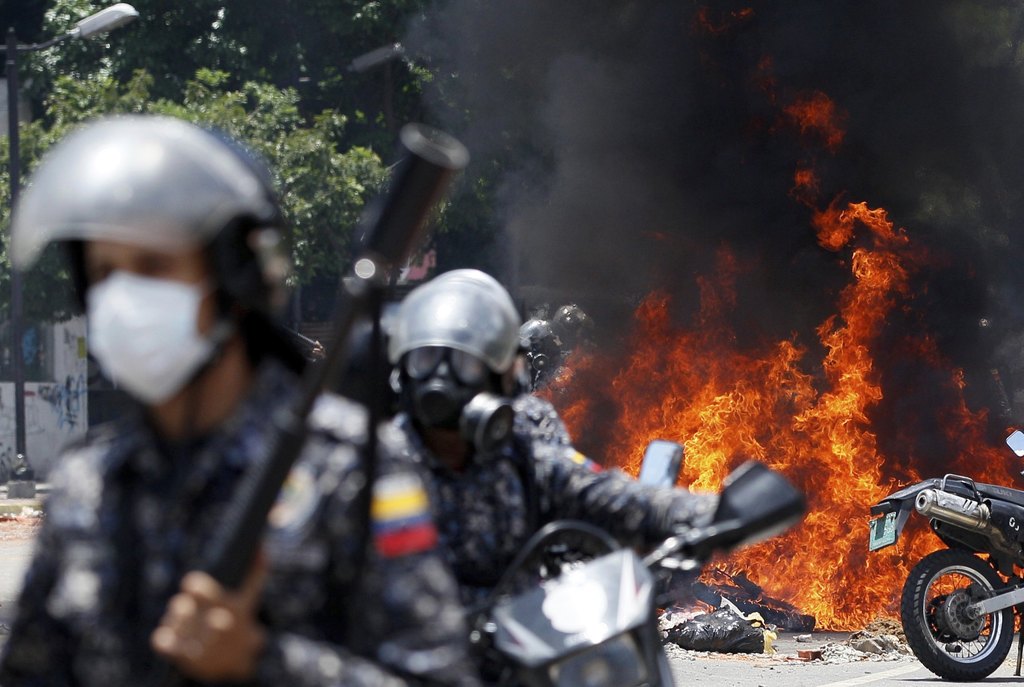 PARIS (AP) — French President Emmanuel Macron is pushing for mediation efforts in Venezuela and condemning violence amid the president's efforts to consolidate power through a new assembly.

In a statement Friday Macron decried the arrest of two top opposition members and said France will "support any mediation that would allow the resumption of credible, sincere and serious dialogue ... and to end the spiral of violence."

While some are calling for sanctions, France is hoping for a negotiated solution to the political crisis around Maduro's leadership.

Macron arranged peace talks last week between Libya's rival leaders and has sought to raise France's diplomatic profile since his election in May.