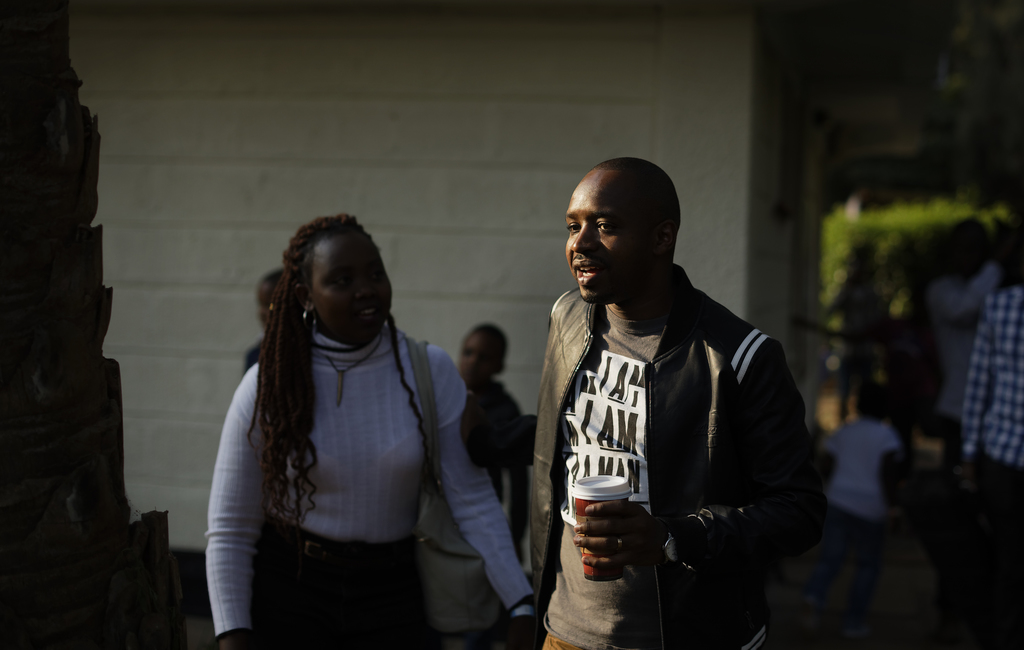 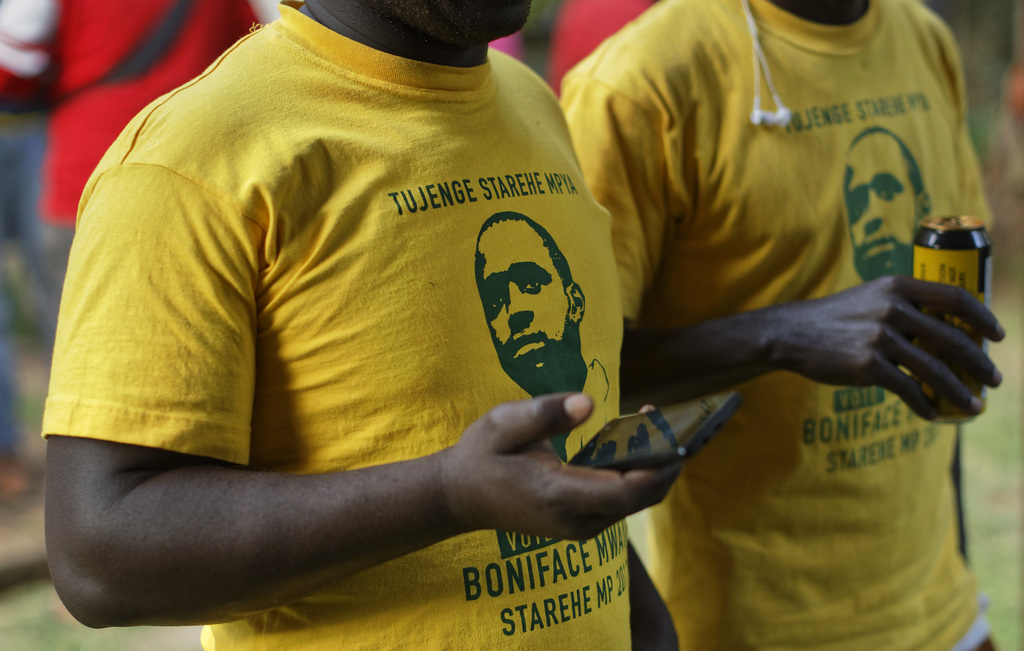 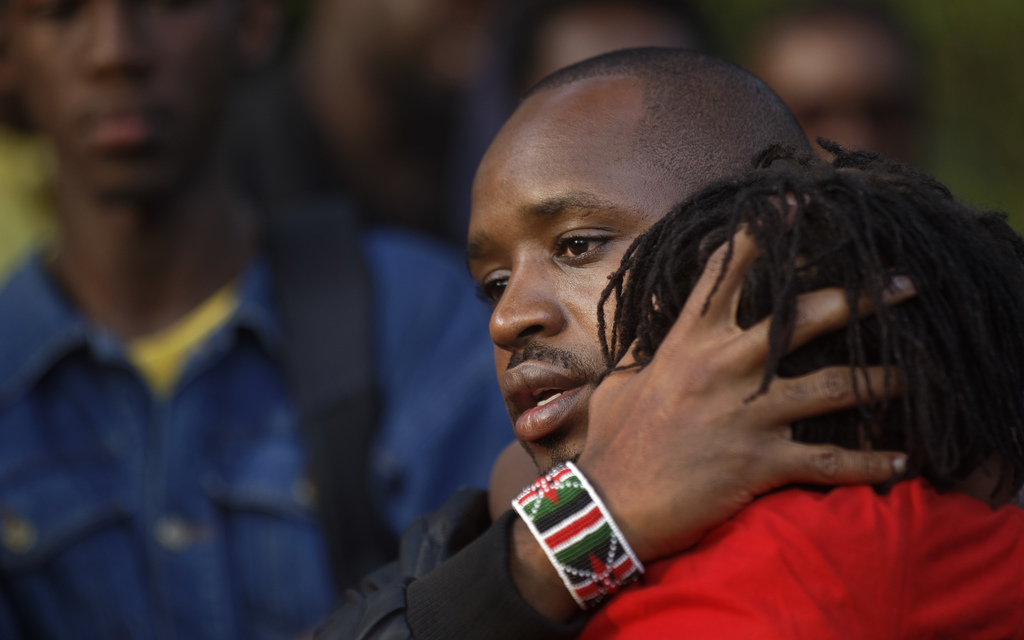 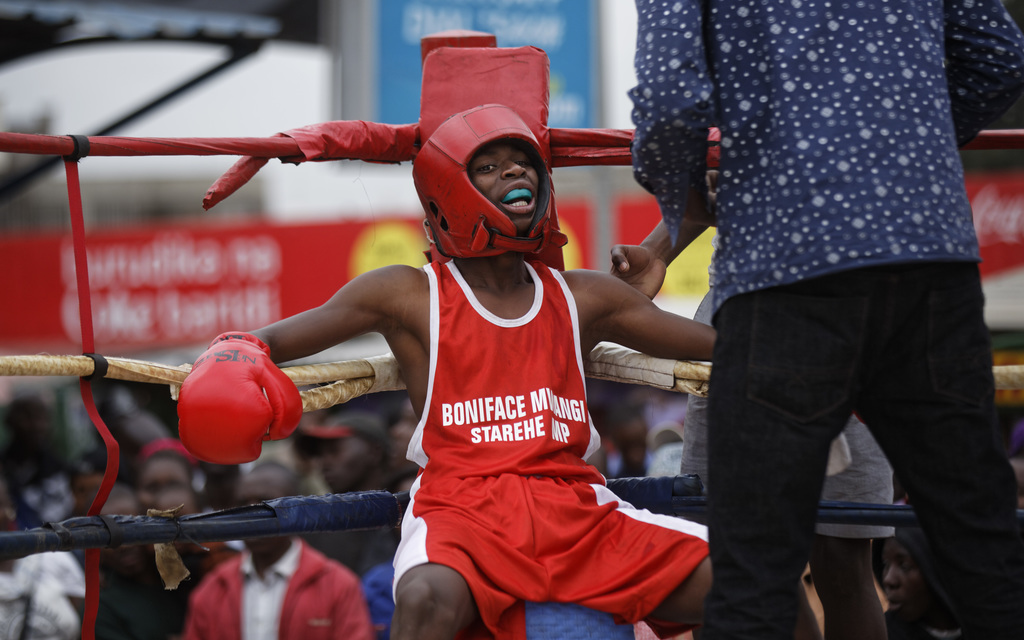 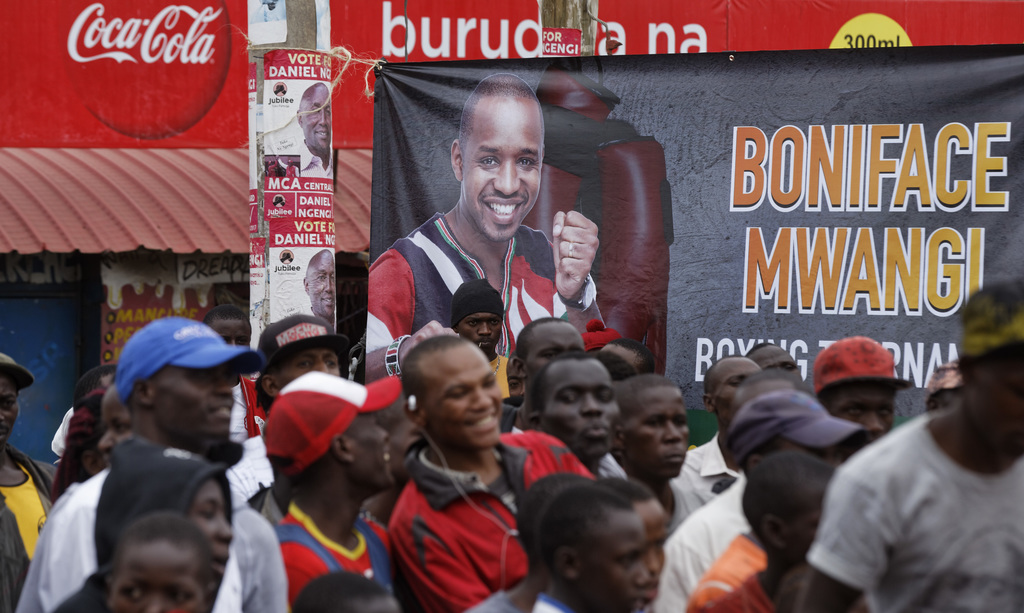 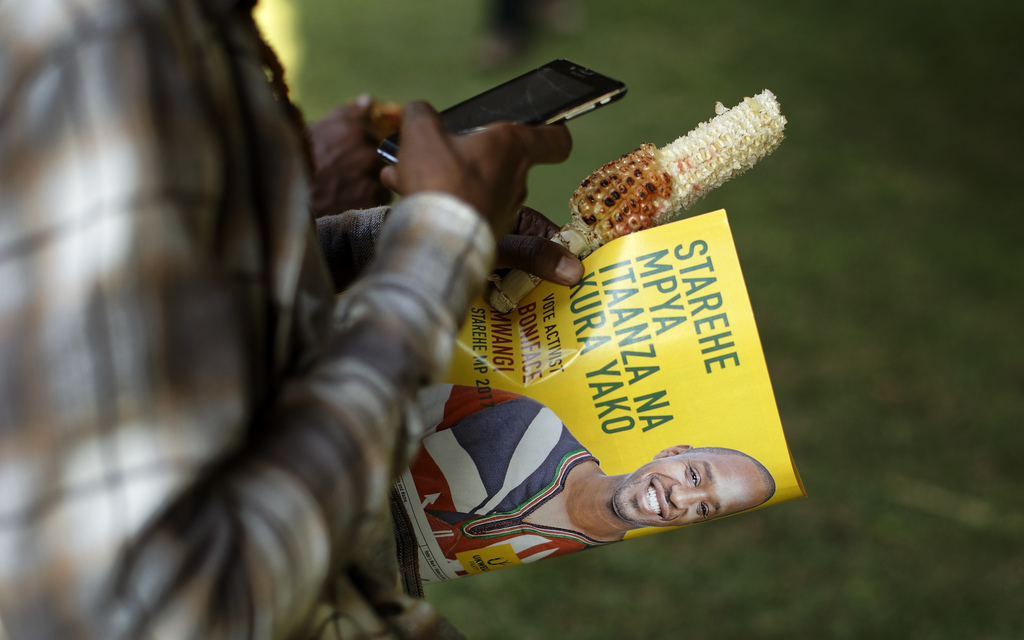 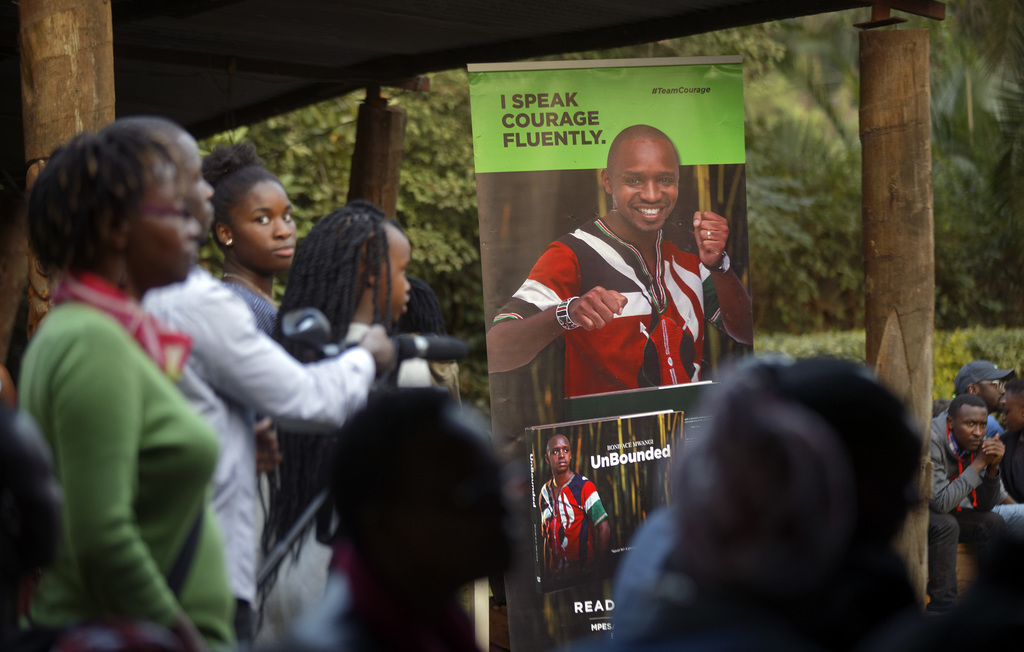 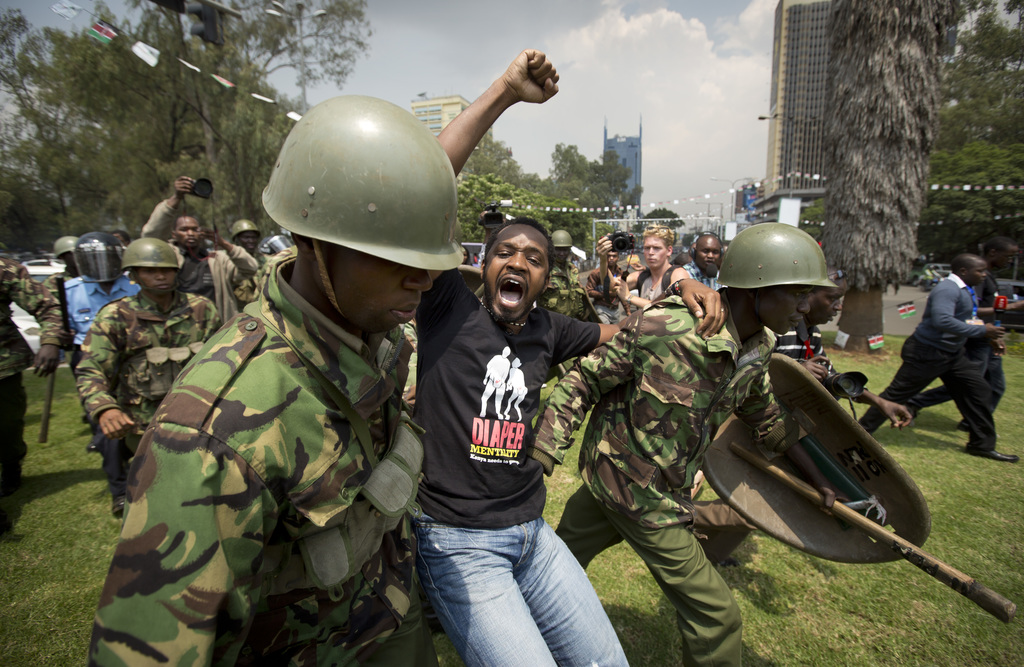 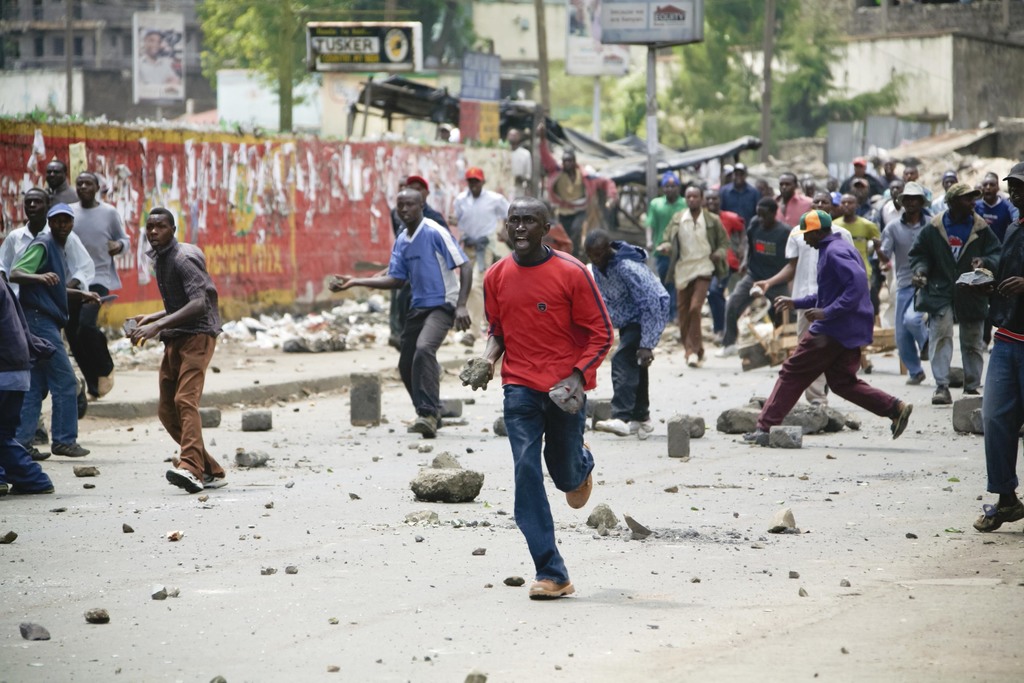 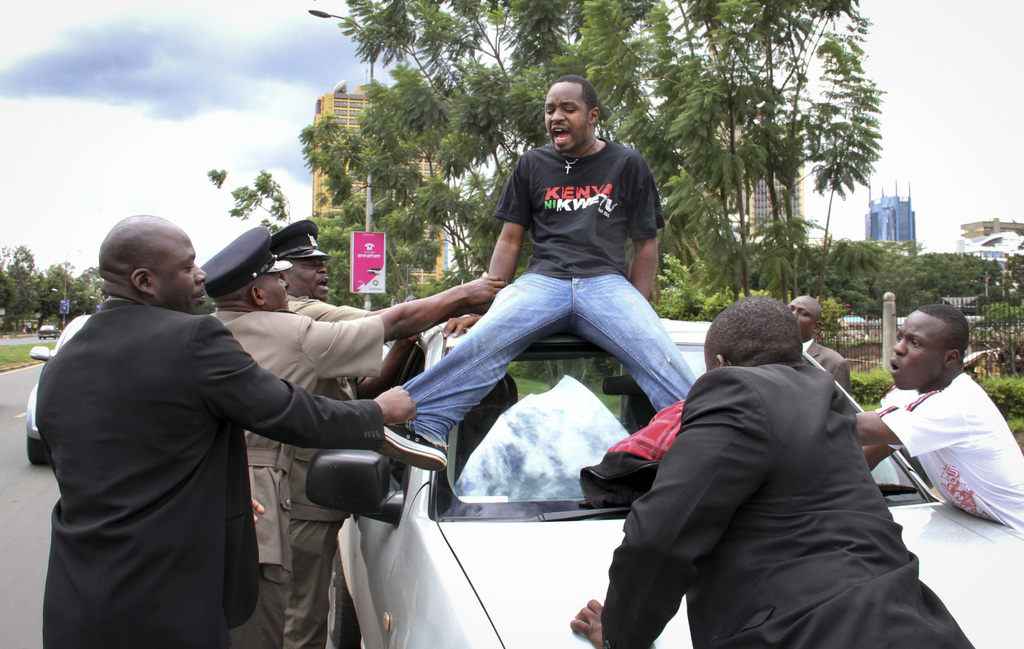 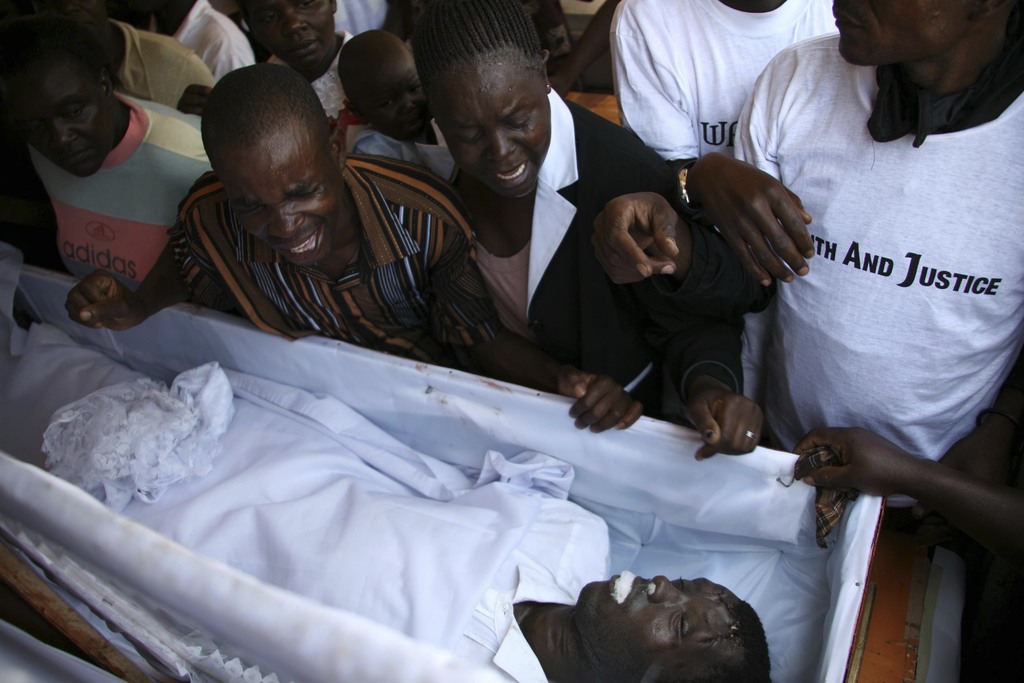 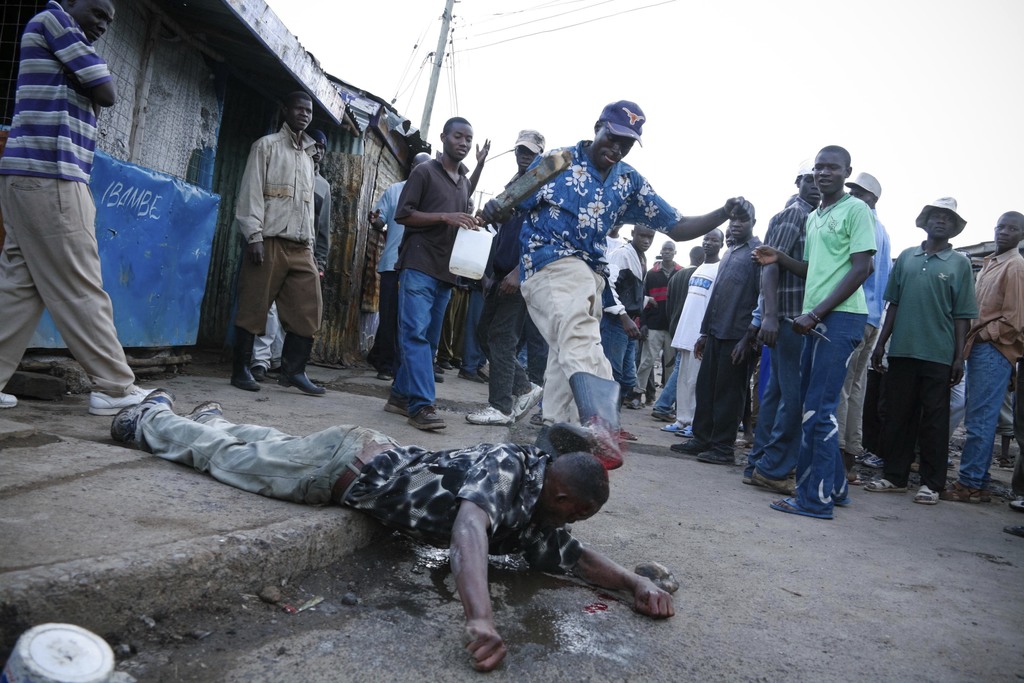 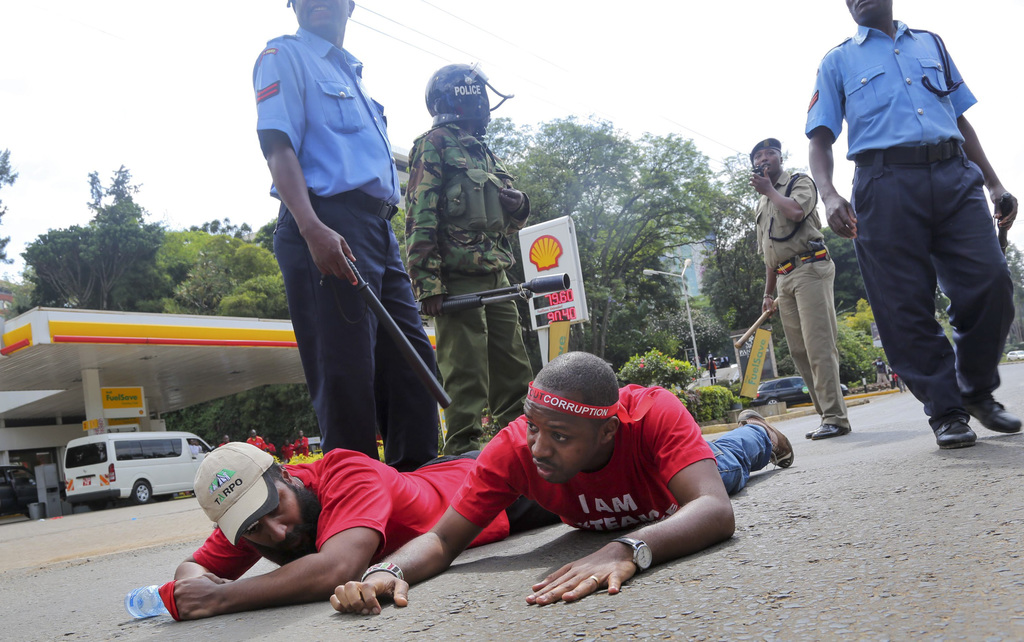 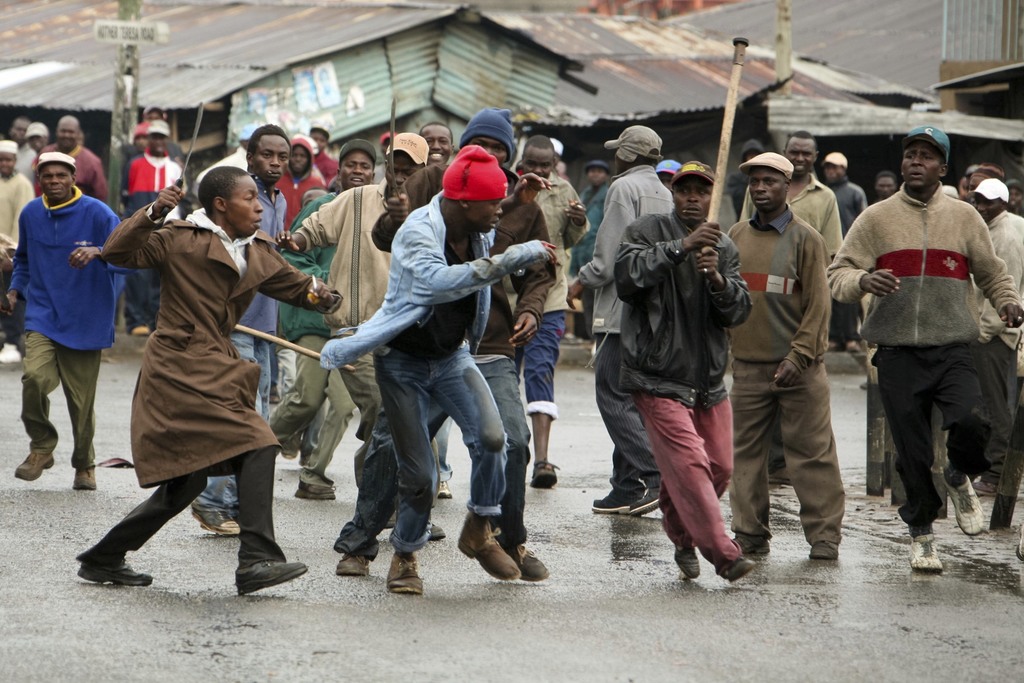 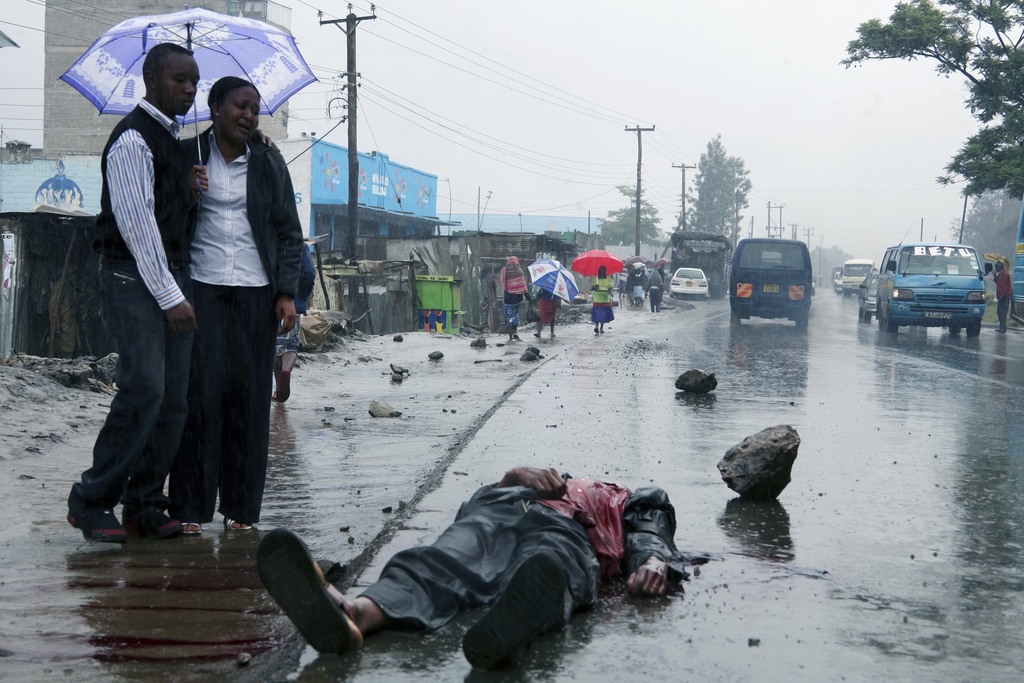 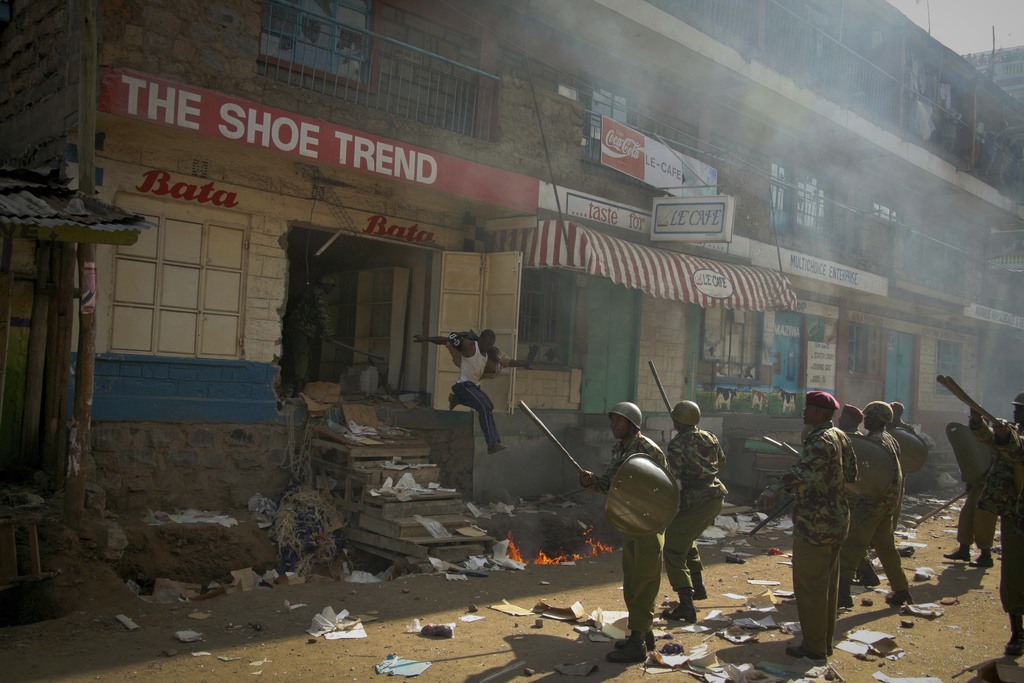 NAIROBI, Kenya (AP) — He was a photojournalist who covered the horrors of Kenya's election violence 10 years ago that left more than 1,000 people dead.

Appalled by government corruption that he felt weakened the state, Bonifice Mwangi decided to put down his camera and become a political activist. Now the 34-year-old is reinventing himself again, campaigning for a seat in Kenya's parliament ahead of Tuesday's vote.

Mwangi held one of his most spectacular protests in 2013, throwing pigs' blood and releasing pigs in front of parliament in response to a bill tabled by lawmakers to raise their salaries above those of their counterparts in the U.S., Britain and Japan. The bill was successful amid outcry that Kenya remains a developing country.

He also placed more than 100 coffins representing lawmakers in front of parliament and set them on fire as a sign of his contempt. He faced criticism that he was a puppet of the West because he received money from overseas donors.

Now he wants to represent one of Nairobi's impoverished neighborhoods, insisting he would continue to be an activist in parliament.

"I am a father. My kids are in debt. Most people have no jobs, not because there is no money in this country but because the money that is supposed to create employment is being stolen," said Mwangi, who has more than 715,000 followers on Twitter.

Corruption is one of the issues feeding concerns that Tuesday's elections could again lead to violence. The presidential race between President Uhuru Kenyatta, son of Kenya's first president, and opposition leader Raila Odinga, son of the country's first vice president, has narrowed. An election official who oversaw the electronic voting system was found tortured and killed earlier this week.

As Mwangi seeks to represent his old neighborhood of Starehe he has created his own political party called Ukweli, or Truth, out of frustration with both Kenya's government and opposition.

His party's symbol is the sugar cane, which the party website says is meant to represent "the sweet taste of freedom and the fruits of their labor." He has support from some other Kenyan human rights activists and non-governmental organizations.

It is unclear how Mwangi and his party will perform in the election as newcomers on the political scene. Most Kenyans vote according to tribal alliances, and new parties haven't fared well in the past.

Mwangi also faces stiff competition from popular musician Charles Njagua and Steve Mbogo, who claims to be a successful businessman. All are in their early thirties or late twenties and are fresh faces in politics.

Analysts said Mwangi's approach, if successful, is a hopeful sign that Kenyan politics can change.

"Mwangi may represent a new kind of politics, asking voters to fund his campaign and running on a radical anti-corruption platform," said Murithi Mutiga, a senior analyst at the International Crisis Group. "We don't have a view on who will win but it's a hopeful sign. This may signify a change, Kenyan politics which is very ethicized and conflict-ridden, in the way it's practiced."

Mwangi says his goal is to make a difference.

"I am tired of bad leadership," he said. "I am running because I want to make Kenya better."

Shortly before the election, Mwangi used a boxing match in his old neighborhood to woo voters. While amateur boxers swung punches at one another, Mwangi stepped into the ring.

"I will fight for you because nobody else will and because I am fearless," he said.

Amateur boxer Peter Onyango said Mwangi seems to be the only politician who cares about people like him.

"The other politicians just want our vote. Then when they've been elected they forget about us," Onyango said.