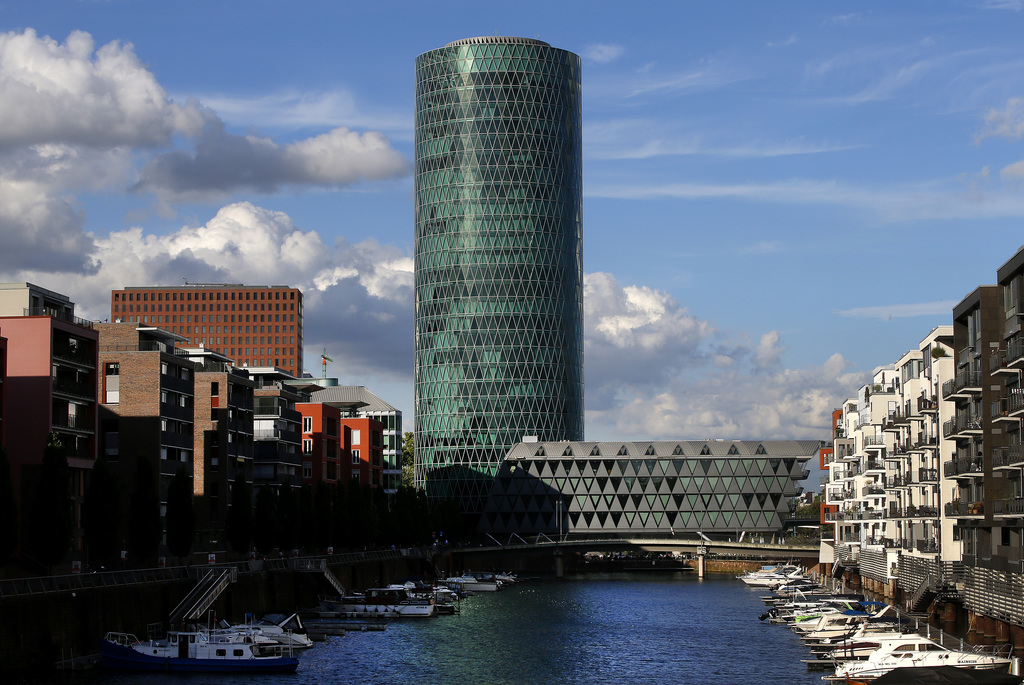 BRUSSELS (AP) — It hasn't taken long. Five months after Britain formally announced it was leaving the European Union its partners are already picking over the spoils.

Twenty-three cities are vying to host the EU's banking and medicines agencies, which are based in London but must find new homes before Britain leaves the EU at the end of March 2019.

Ahead of the decision this fall, to be made by secret vote, the cities are vaunting their qualities and perks — from iconic office buildings to free museum passes for agency staff — in a highly-competitive process reminiscent of a beauty pageant.

Here's a look at some of the issues and candidacies.

WHAT AGENCIES ARE THEY VYING FOR?

The European Banking Authority, which has around 180 staff, monitors the regulation and supervision of Europe's banking sector. It assesses weaknesses in the sector through risk assessment reports and EU-wide bank stress tests. The European Medicines Agency is responsible for the scientific evaluation, supervision and safety monitoring of medicines in the EU. The EMA, which has around 890 staff, hosts more than 500 scientific meetings every year, attracting about 36,000 experts.

Beyond the prestige, hosting EU agencies helps boost local economies and spur development in the region they are based by creating jobs and drawing investment to provide services for the hundreds of staff that move with them.

WHAT ARE THE CRITERIA?

The host must have its HQ up and running by the time Britain leaves. Its location must be easily accessible and close to transport networks and the agency must be able to continue its business seamlessly. Adequate education facilities for agency staff children must be available. Staff families should have easy access to job markets, social security and medical care. Lastly, the EU wants its agencies to be spread around the bloc in a geographically balanced way.

WHAT DO THE CANDIDATES OFFER?

In their applications, published this week, the cities each flaunt their best qualities.

Frankfurt boasts of the fact it is already home to the European Central Bank and is the business capital of the EU's economic powerhouse, Germany. Office space is cheap and plentiful and it's offering the Westhafen Tower, a new circular skyscraper. The mayor notes that the nearby Rhine vineyards are perfect for day trips.

French President Emmanuel Macron wrote a personal appeal in Paris's application, offering 1.5 million euros to cover the costs of relocating the banking agency and arguing that a move to the French capital would be the least disruptive for staff families. Prague, the Czech capital, is offering to pay the agency's rent for five years, and provide benefits for staff like language courses, the use of sports facilities and free access to museums.

Italy wants to host the medicines agency in a 31-storey skyscraper, the iconic Pirelli building in central Milan. The first year would be rent-free. In a concise four-page application — some cities have lavish brochures, others videos — Bulgaria underlines that it is one of the rare member states not to host an agency. Croatia is offering the Sky Office building in Zagreb, which it claims is Europe's cheapest city in the bloc's safest country. Greece offers to lodge the medicines agency in Athens' Keranis Building — a former cigarette factory.

WHO ARE THE FAVORITES?

It's difficult to say. In 2003, EU leaders agreed to give priority to the new member states from Eastern Europe and Cyprus, which joined the following year. Most countries already have at least one of the EU's more than 40 agencies — many have two; Spain and France have four each. Five of them — Bulgaria, Croatia, Cyprus, Romania and Slovakia — have none. One thing is clear: many will be disappointed.

HOW WILL THE WINNERS BE CHOSEN?

Based on the applications and the preferences raised by agency staff, the EU's executive Commission will make public its assessment and recommendations on Sept. 30. Britain's 27 EU partner nations will debate the applications in October and vote for the winners in a secret ballot in November. The vote will take place in rounds. Countries will award three points to their preferred candidate, two points to their second preference, and one to their third. The aim is to have a winner that receives three points from at least 14 countries. If no winner is found, the top three cities take part in a runoff. No city may host both agencies.