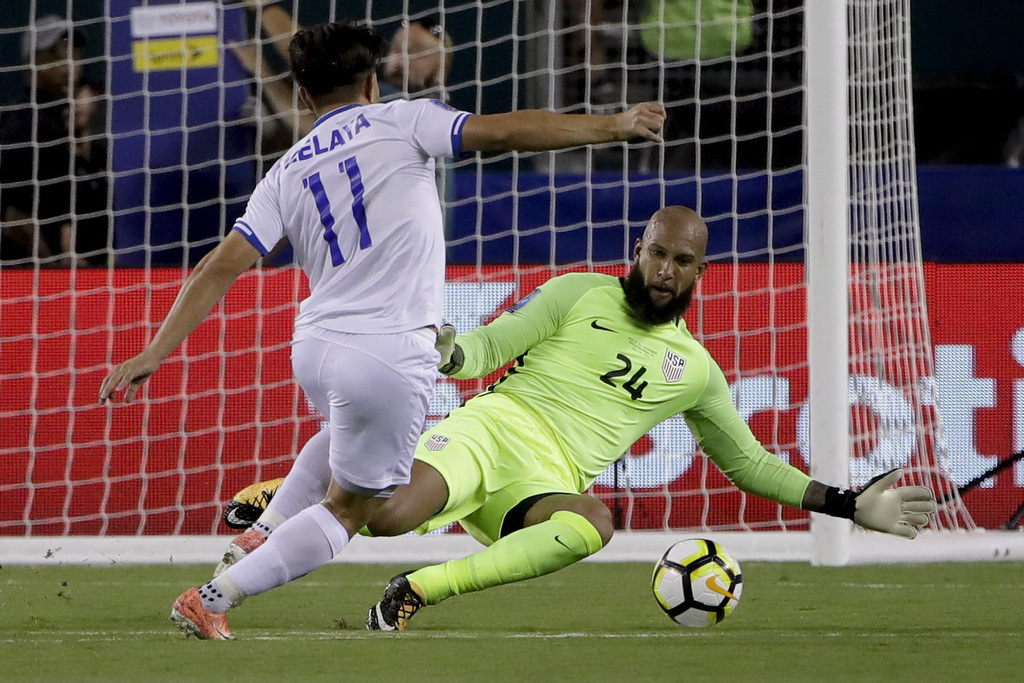 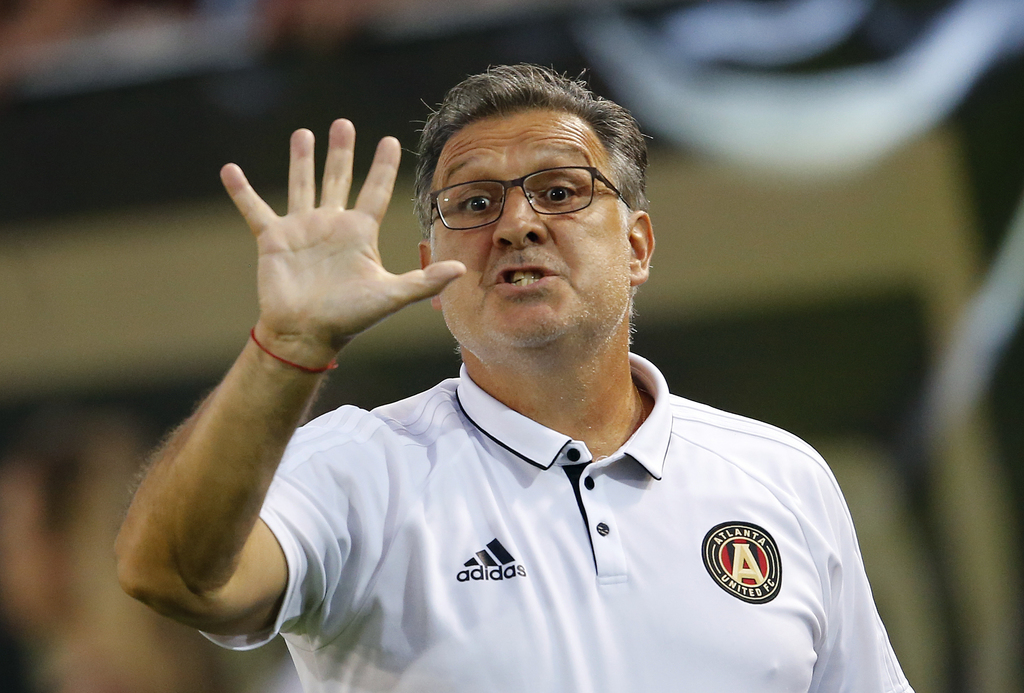 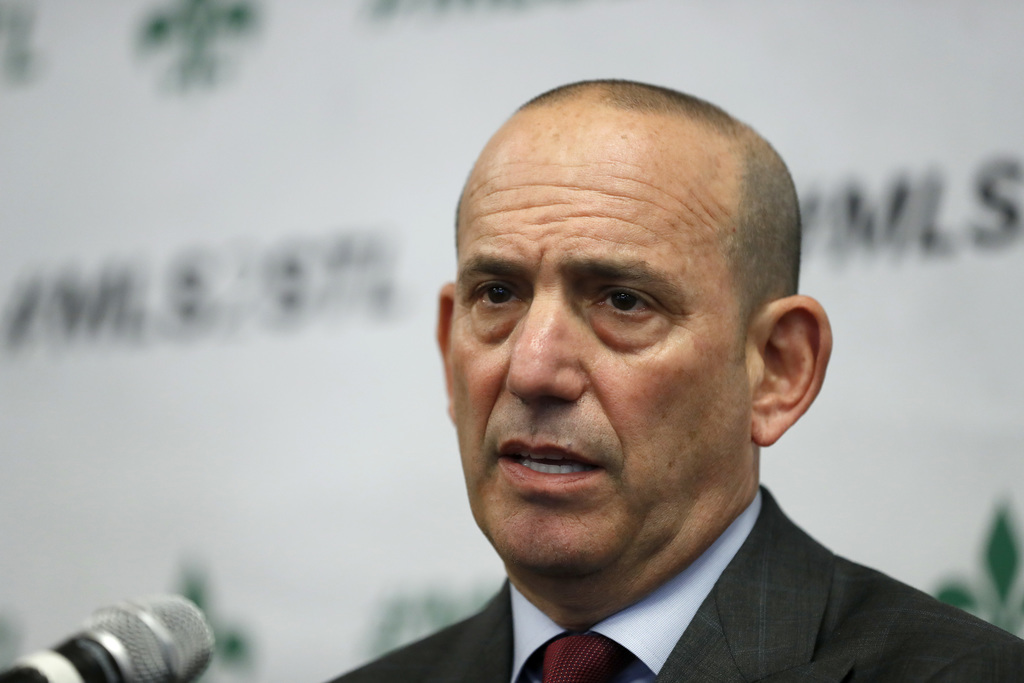 ATLANTA (AP) — There was a time when Major League Soccer depended on a shortlist of marquee names to generate excitement about a match.

Times are changing. Since its inaugural season in 1996, the league has gained respect around the world and MLS continues to expand its footprint on the global soccer stage. Sure, the English Premier League, La Liga, Bundesliga, Serie A and French Ligue 1 still have the talent, market dominance and history to be considered by many the best in the world, but MLS is trending upward.

"It's brilliant seeing the growth of this league," said Colorado Rapids goalie Tim Howard, who left the then-New York MetroStars in 2003 and played 13 years in the EPL before returning to MLS last year. "When I left, Don Garber was the commissioner and he had promised new teams, new stadiums, expansion, growth, better players, bigger fan bases, and he's delivered."

The league started with 10 clubs in 1996, but now consists of 22 and its goal is to have 28. Atlanta United and Minnesota United are in their first seasons, Los Angeles FC is set to join in 2018 and a Beckham-owned Miami franchise is nearing a deal and could start play in 2020.

Twelve locations are competing for four expansion bids, two of which are expected to be announced later this year.

The value of clubs also is soaring. The average MLS club was valued at $185 million in 2016 by Forbes , a 400 percent increase since 2008. MLS is in year three of its eight-year deals with ESPN, FOX Sports and Univision Deportes. World-class facilities are being built, the talent on the field is better and the world is taking notice.

"They didn't step up to the plate and try to hit home runs." Fox said. "They've been trying to hit a series of singles to move the runners around the bags, and I think they've done an excellent job of that in a market that's much more competitive."

When it comes to attendance, MLS is in the same conversation as some of the top leagues.

In a market where American football is king, stadiums can be the key to the sport's growth — and to receiving an expansion bid.

United Soccer League's Sacramento Republic FC is vying for an expansion bid. Officials from the team broke ground on a $245 million privately financed stadium in Sacramento last week. Atlanta United's new home is the Mercedes-Benz Stadium, a multipurpose facility the team will share with the Atlanta Falcons (both franchises are owned by Home Depot co-founder Arthur Blank). Minnesota United's Allianz Field, a soccer-specific stadium, will open in 2018.

Despite MLS' growth, the league still has much work to do on the international stage.

It is losing the TV battle on its home pitch. Mexico's top league, Liga MX, dominates ratings in the U.S.

But MLS clubs are not shying away from the challenge of closing the gap with their North American counterparts.

Atlanta United President Darren Eales believes American clubs winning the CONCACAF Champions League would be a good start. The league pits top North and Central American clubs against one another, and a U.S. club has never won the title.

Still, there's no question the league is in a better place than it was when a 31-year-old Beckham signed with the LA Galaxy from Real Madrid. Teams no longer necessarily look for quick fixes that a big name can provide. They are signing young designated players and focusing on development academies, which have produced young stars like Seattle's Jordan Morris, FC Dallas' Kellyn Acosta and the LA Galaxy's Gyasi Zardes.

Eales didn't reach for a star when he assembled Atlanta's roster, having been on the other end of players joining MLS teams from Europe (he previously held front office positions with English Tottenham Hotspur and West Bromwich Albion).

There's also a flip side: With club values on the rise, Eales said MLS is building a foundation that enables franchises to be more competitive when acquiring talent.

But success takes time and a willingness to be patient, Atlanta United manager Tata Martino said through a translator.

"It's not something that can happen in one day, or one year," the former Barcelona manager pointed out. "It's still a young league and there's a lot of ground to make up, but I think it's on a good path."

Fox, the Earthquakes president who was previously CEO of English Aston Villa, said MLS is starting to play at a level hardcore soccer fans are accustomed to watching.

"They know what good football looks like and actually, the teams — Atlanta, I'd say us, others, many other teams — have been starting to focus more on creating a much more enjoyable, cohesive product," Fox said. "That is all playing out, but I think it's a natural evolution for how the league has gone."