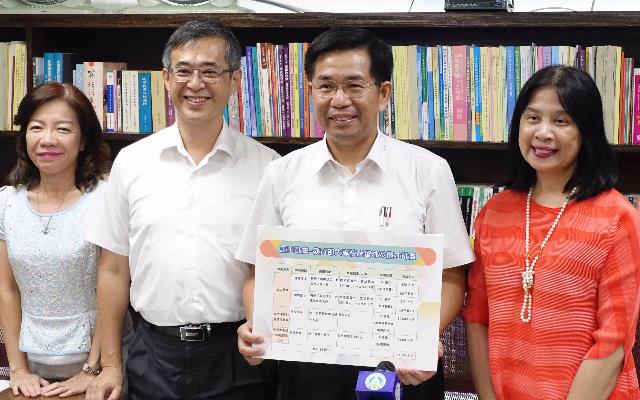 An NT$5.6 billion (US$185.1 million) per annum project for recruiting and retaining top-notch scholars is under consideration by the Ministry of Education as part of government efforts seeking to enhance the competiveness and research capabilities of Taiwan’s higher education sector.

Named Project Yushan after the highest mountain in Taiwan and East Asia at 3,952 meters, the initiative aims to recruit 500 academics from abroad and retain 500 from home. The so-called Yushan scholars, who must specialize in areas compatible with the country’s development needs, will receive up to NT$5 million in annual incentives on top of monthly salary for a period of three years.

MOE Minister Pan Wen-chung said the project is in response to similar undertakings adopted by neighboring Asian countries and territories like Hong Kong and Singapore. Deepening the academic talent pool is a critical step in turning out more graduates equipped with the tools to spur Taiwan’s industrial transformation, he added.

Under the initiative, local colleges and universities can allocate between 5 percent and 20 percent of government subsidies toward providing more lucrative remuneration packages for new recruits and existing faculty members. Another measure involves bringing the salaries of Taiwan’s 8,000 full professors at public institutions in line with global standards.
This is to be achieved through a 10 percent increase in research allowances, producing a 5 percent rise in average monthly salary to NT$112,970.

A total of NT$550 million in additional research allowances will also be provided to scholars at private institutions, according to the MOE.

Set for fast-tracked Cabinet approval, the project is expected to commence in 2018 and benefit 19,000 academic and research professionals nationwide.