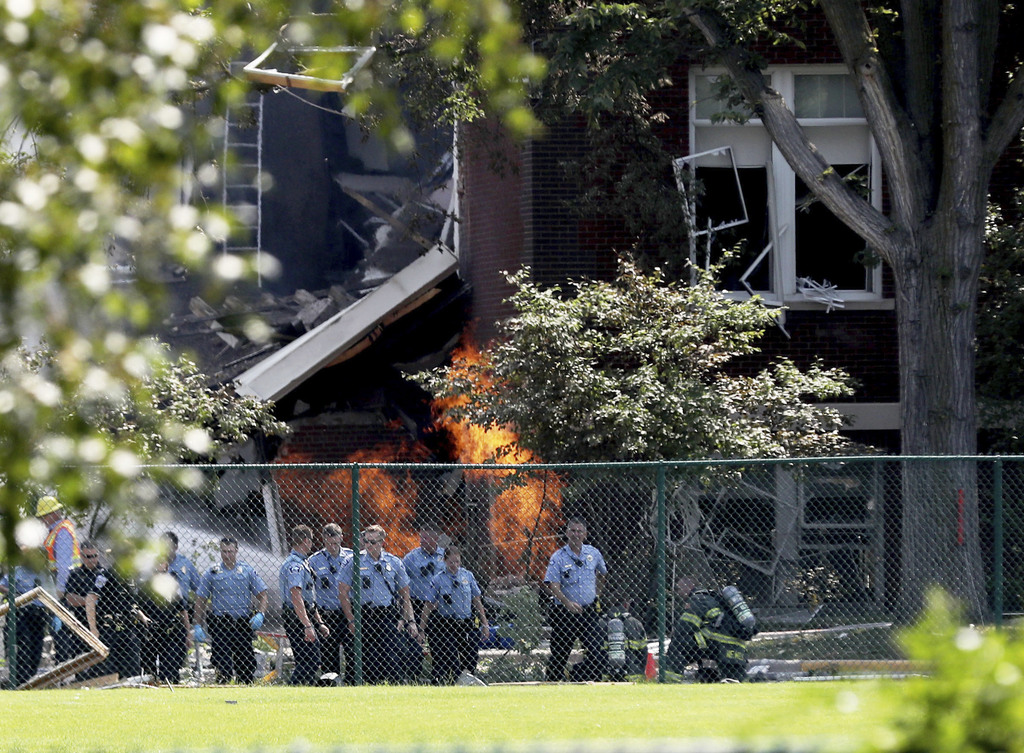 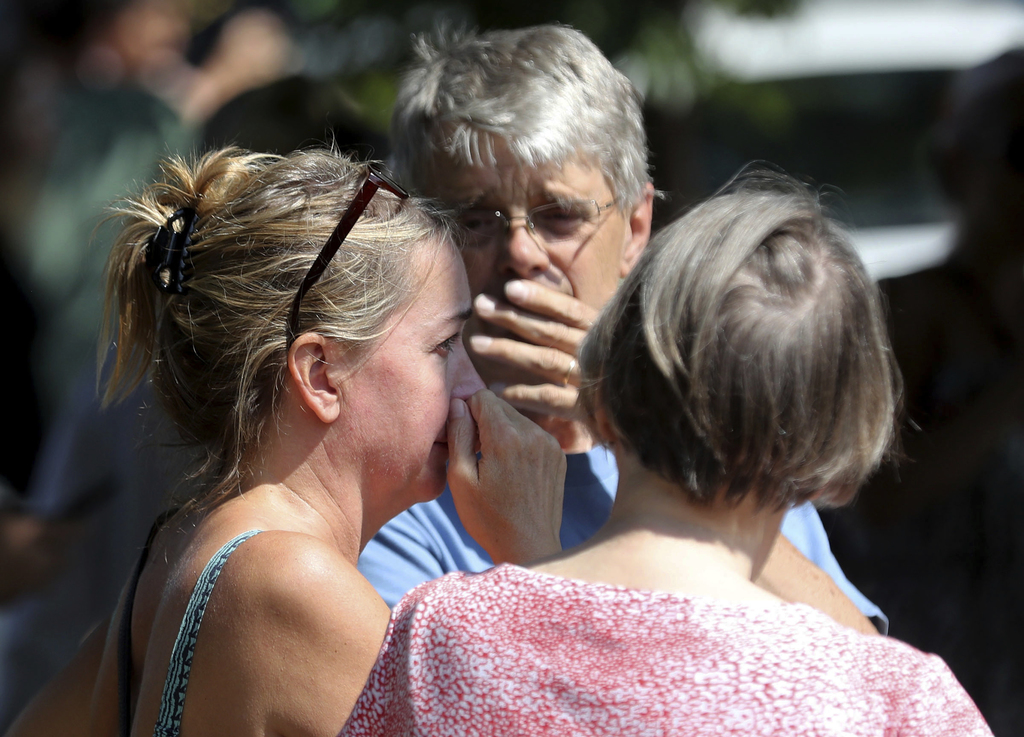 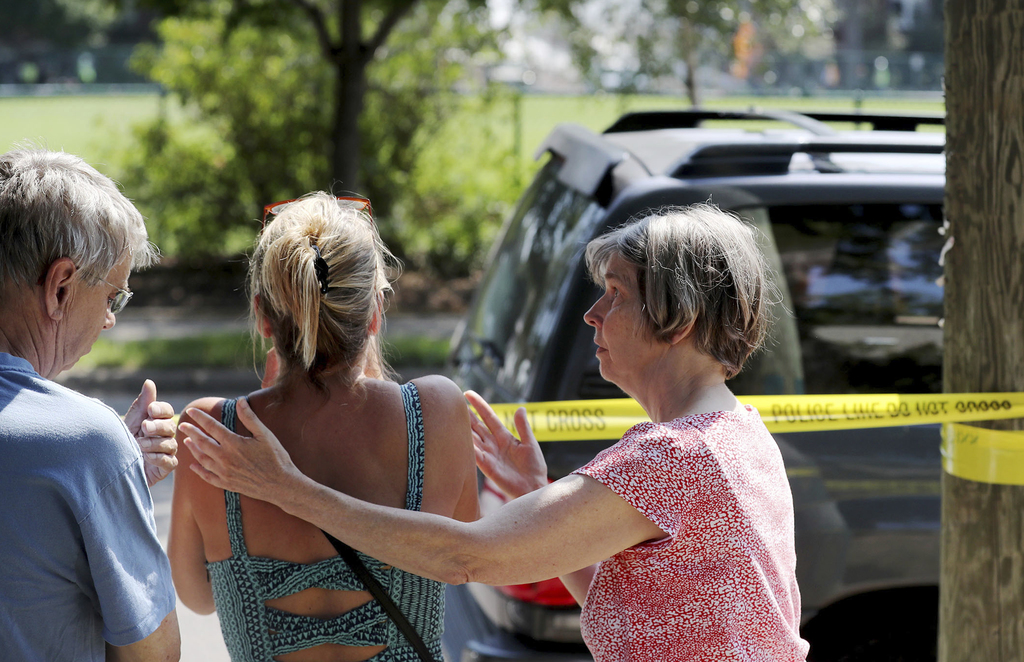 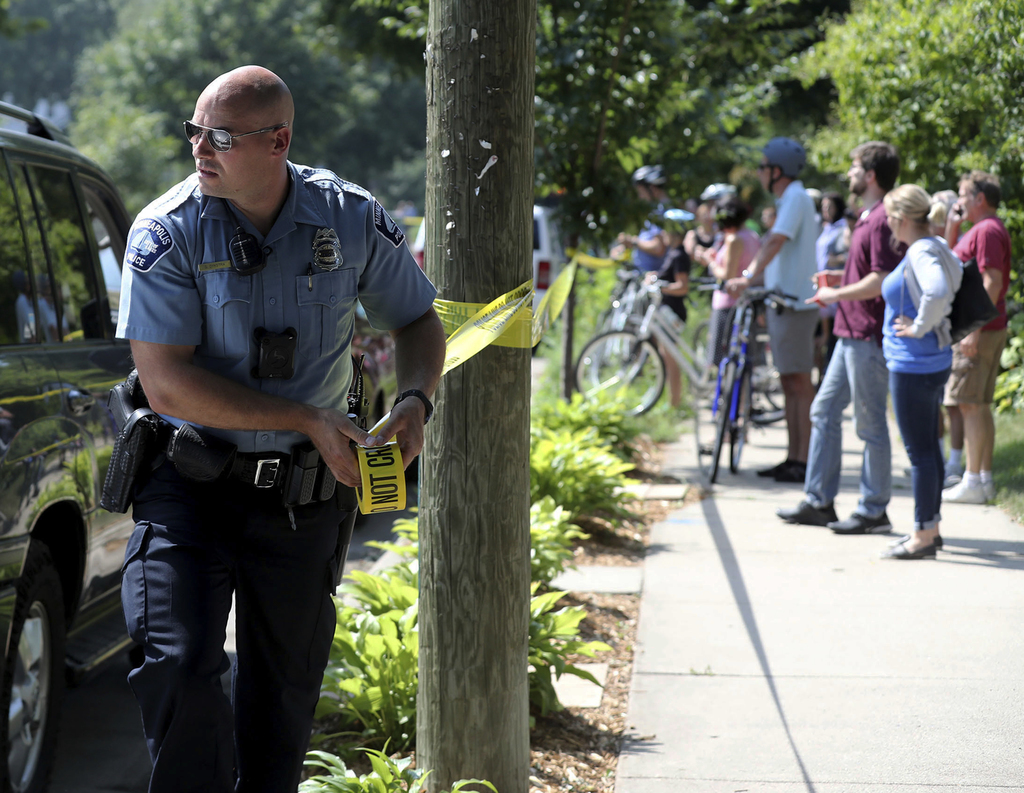 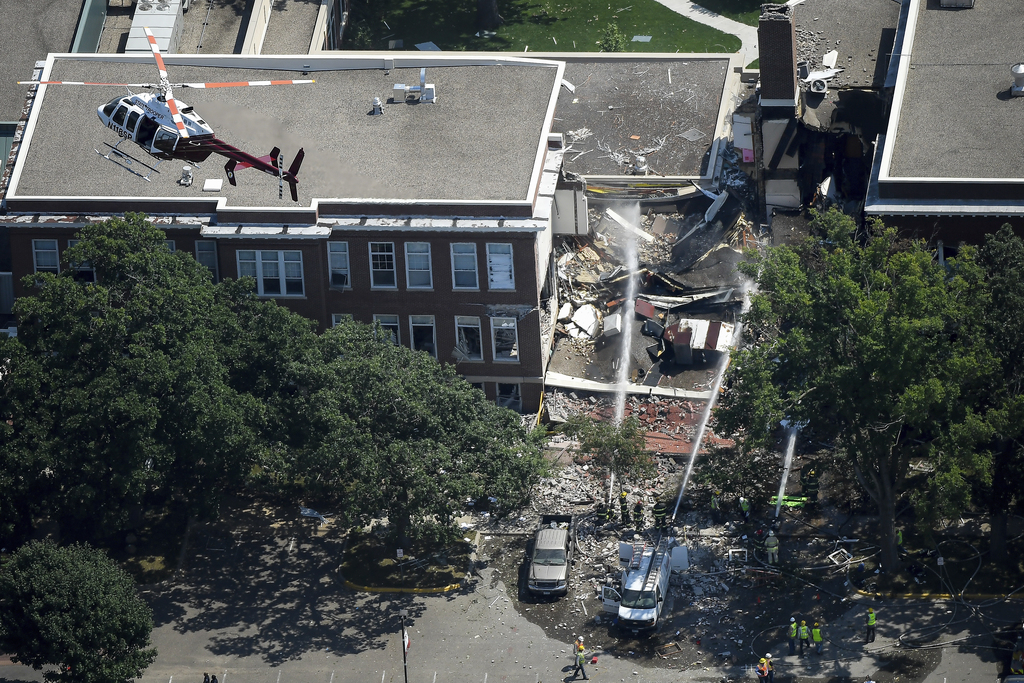 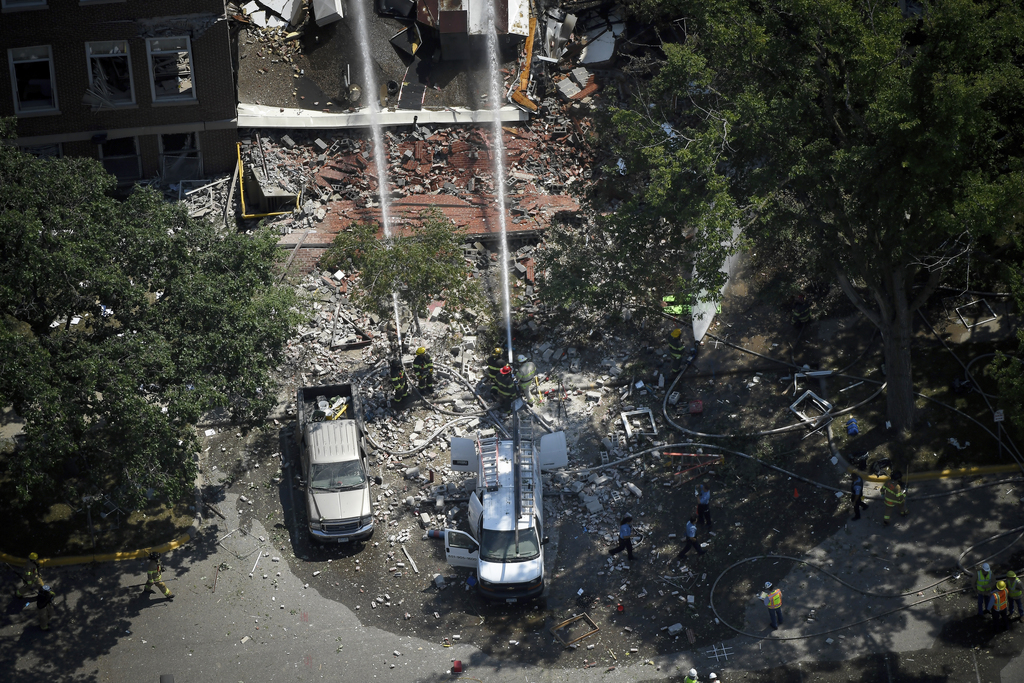 MINNEAPOLIS (AP) — Workers may have been moving a gas meter when an explosion tore through a Minneapolis school building this week, killing two people and injuring at least nine others, according to federal investigators.

A team from the National Transportation Safety Board arrived in Minneapolis Thursday to begin the painstaking task of determining what caused Wednesday's natural gas explosion at Minnehaha Academy. The bodies of two school workers — longtime receptionist Ruth Berg and custodian John Carlson — were found in the rubble.

Investigators will look into the movement of the gas meter, as well as whether the gas was turned off inside the building or at the street as the work was being done, NTSB board member Christopher Hart said. The NTSB is investigating because it has jurisdiction over gas pipelines.

Hart said investigators will be on site for up to seven days as they document the evidence, but that it could take a year for the agency to finish its work and issue safety recommendations.

"Our mission is to understand not only what happened, but more importantly, why it happened, so that we can make recommendations to prevent it from happening again," Hart said.

City fire officials have said the explosion happened in a utility area at the private Christian school, which serves students ranging from pre-kindergarten to 12th grade. The blast occurred while students were on campus playing soccer and basketball, according to fire and school officials.

Aerial video footage shows that part of a building was ripped apart, with wood splintered and bricks scattered about. Windows in other areas, including classrooms, were blown out.

Contractors were working in the school at the time, and some witnesses said they were warned of a gas leak moments before the blast. Some first responders also reported smelling natural gas as they pulled people to safety.

Hart said the investigation will include talking to witnesses, analyzing how the systems were working, and looking at worker training and whether the employees had any issues such as fatigue or impairment. He noted that investigators have yet to talk with employees of Master Mechanical, the contracting company doing the gas line work.

The company was issued a permit in June for "gas piping and hooking up meter" at the school, according to city records. The permit doesn't include details on the type of work involved. Master Mechanical said in a statement that its employees were among the injured, but it has not elaborated on the work they were doing.

Mark Farley, a Houston-based attorney who specializes in major accident response, said such investigations include looking into what type of work was being done, whether the building should have been occupied at the time, and if all safety precautions were taken.

He said another question is whether the contractors should have isolated the natural gas source before proceeding. But he said it's premature to say whether the building should have been cleared beforehand.

"The question is going to be, was it isolated in a way that they were confident they could do the work without the risk of a leak," he said. "Obviously something went terribly wrong."

Tim Fetterly, a Minnesota attorney experienced in cases stemming from fires and explosions, said investigations can move quicker if a witness knows exactly what went wrong. But he said investigators still need to look at all the physical evidence, which could include removing all the gas components from the scene and conducting lab tests.

Fetterly said gas is meant to be transmitted in a closed system, and that finding the source of the leak will be key.

Master Mechanical has been cited for workplace violations twice in recent years. In 2010, the company was fined for a violation related to protecting an employee from falling, according to Jenny O'Brien, spokeswoman for the Minnesota Occupational Safety and Health Administration. In 2014, the company had two paperwork violations related to letting employees know about job hazards.

Seven people who were brought to the hospital after Wednesday's blast have been released.

Two people remained hospitalized Thursday, including assistant soccer coach Bryan Duffey, who was in critical but stable condition, according to Hennepin County Medical Center. Duffey's family released a statement Thursday saying he has traumatic injuries that will require more surgery.

The explosion affected Minnehaha Academy's "upper school," which houses the high school. The lower and middle school campus is about a mile and a half away. School is scheduled to begin Aug. 23.

Sign up for the AP's weekly newsletter showcasing our best reporting from the Midwest and Texas at http://apne.ws/2u1RMfv .