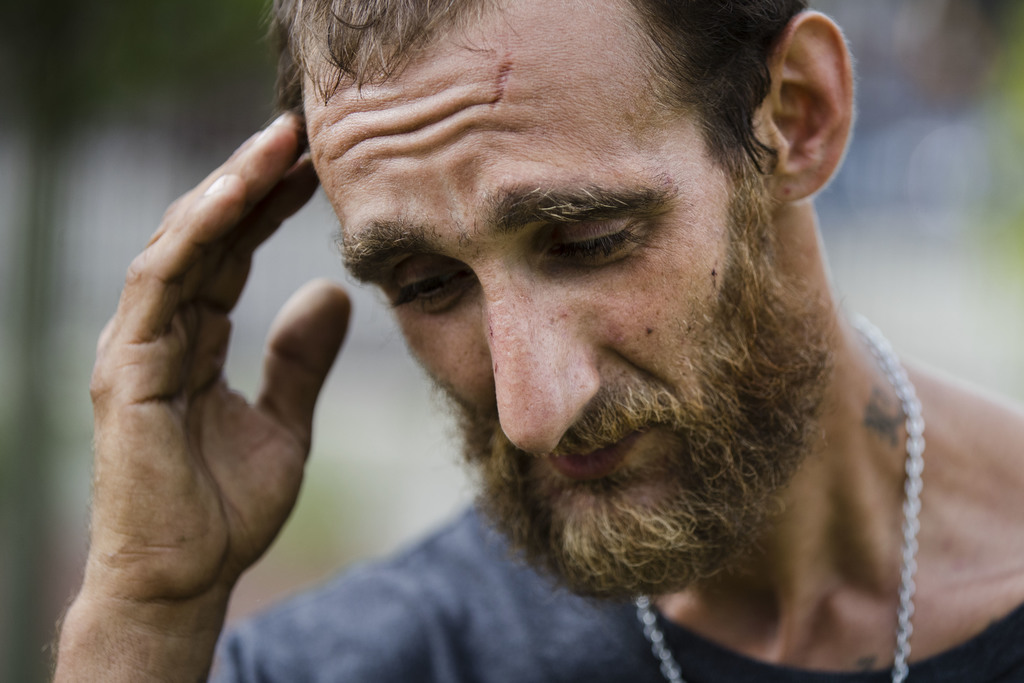 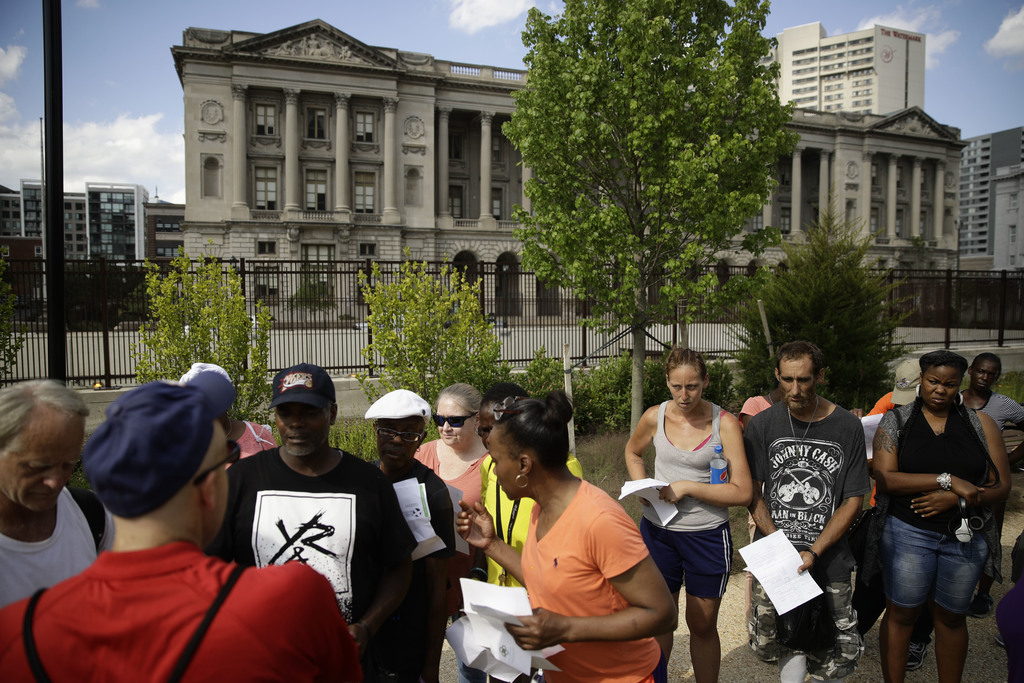 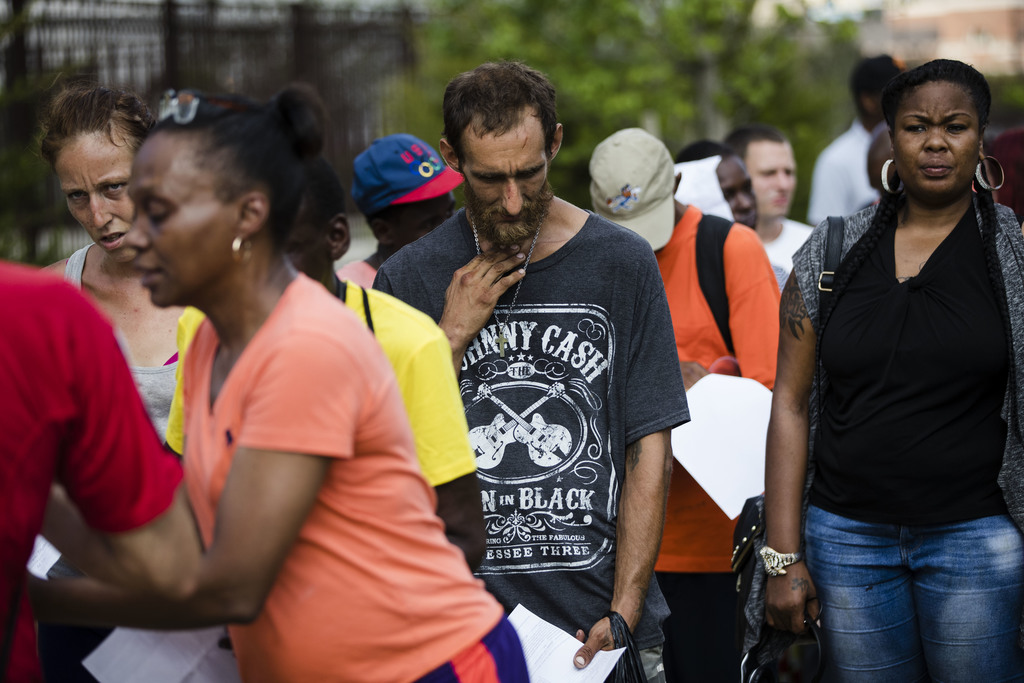 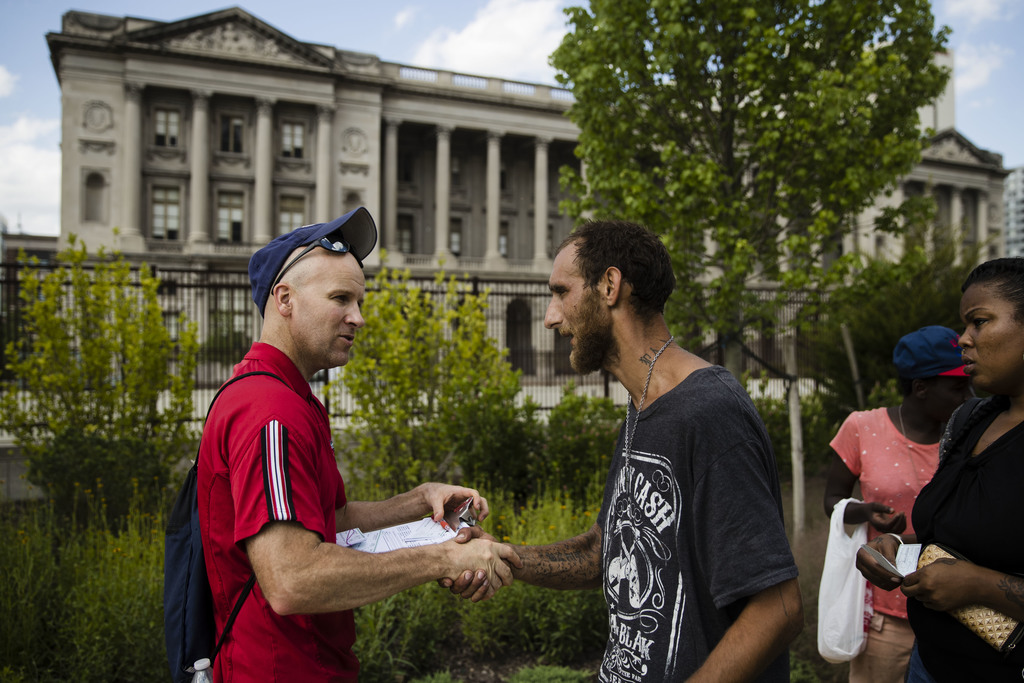 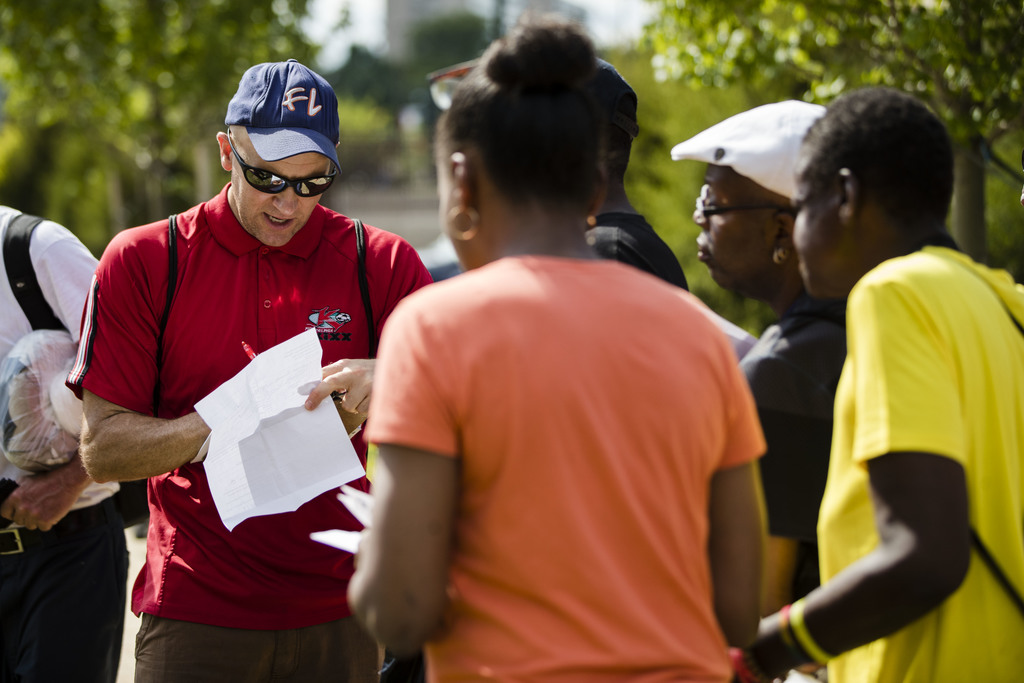 PHILADELPHIA (AP) — Nearly two decades of using heroin and a year of living on the streets of Philadelphia had led Steven Kemp to a simple conclusion: It was time to get sober. But when he staggered into a detox facility on a recent Friday night, his head brimming with the thought that suicide would end the pain, he was told he couldn't be admitted because he didn't have a photo ID.

Kemp said he was turned away from the hospital and spent the night stealing enough small items to trade for a handful of Xanax. He swallowed the pills, cooked up some heroin and injected the drug into his arm with the intention of killing himself.

"If somebody goes in and says 'I need help,' they should get it," said Kemp, 35. "I understand people have to get paid but you're supposed to be a health professional, you took an oath."

As the nation's heroin and painkiller epidemic rages, small but vulnerable populations of homeless people are sometimes turned away from the nation's already-threadbare system of drug treatment centers because they do not have valid photo identification.

Transient lifestyles are not conducive to keeping the identifying documents that are often necessary during the screening processes for drug treatment facilities. To reapply for the documents can sometimes take months, especially if a person doesn't have a stable address, birth certificate or Social Security card.

The consequences can often be deadly or dangerous, experts said.

"It's Russian roulette every time you inject. We let them die from a treatable disease because they don't have an ID," said Dr. Corey Waller, chairman of the legislative advocacy committee of the American Society of Addiction Medicine, a group that represents addiction specialists.

Even with political will at a high to combat an opioid epidemic that killed more than 30,000 people in 2015, less than one in 10 of the country's substance abuse treatment facilities offer certified opioid treatment programs, according to statistics collected by the federal Substance Abuse and Mental Health Services Administration last year.

People without IDs generally don't make it past the intake process at medical facilities, so tallies of their refusals are hard to come by, but advocates said it happens at least twice a day in Philadelphia alone.

Experts said they've never seen a consolidated statistic on how frequently it happens nationwide, but the ID barrier to treatment is a known quantity; a 2010 Baltimore study recommended facilities waive the requirement.

"Every time we delay someone from getting into treatment, it puts them at risk for their life," said Jose Benitez, the executive director of the nonprofit Prevention Point Philadelphia.

The ID requirements at drug treatment facilities are intended to prevent people from enrolling in multiple programs and selling opioid medication such as methadone on the black market, said a spokesman from the federal Substance Abuse and Mental Health Services Administration, adding that programs would be liable for misuse of the medications.

Some detox centers will admit a person without ID first and make time later to sort out the person's identity, but doing so comes at risk of running afoul of federal and state regulations on dispensing medications, experts said.

And sometimes medical facilities erroneously turn people away from addiction services even when they have alternate forms of ID that are supposed to guarantee admission to a program, said Roland Lamb, deputy commissioner of the Philadelphia Department of Behavioral Health and Intellectual Disability Service.

In Pennsylvania, state law requires facilities that dispense medications to accept alternative photo identification cards such as ones issued by schools or by other narcotic treatment programs. But after some medical centers were erroneously denying people for bringing what were supposed to be adequate forms of identification, officials sent a letter to the facilities in May asking them to make sure their employees were aware of the acceptable admissions documents.

"It's more important for us to get people into the system than to keep them out," said Lamb, who wrote the letter.

Social services for transient people have always been substandard, but the national opioid epidemic has made bare the lack of addiction treatment services for homeless Americans, said Dr. Robert Schwartz, medical director of the addiction studying Friends Research Institute in Baltimore.

"It's hard enough for people to seek treatment when they're using drugs and so if they're being thwarted it is frustrating," he said. "This seems like a barrier that could be surmounted."

Not yet three full days after his suicide attempt, Kemp stood in a park in central Philadelphia in the shadows of new high-rise apartments. Pinhead-size scars and bruises with small scabs at their centers dotted his forearms. He said he just wants to "feel normal."

"There's just like a helplessness, a hopelessness," he said. "I know this is my fault; I've grow aware of the consequences of my actions. I don't want to do it anymore."