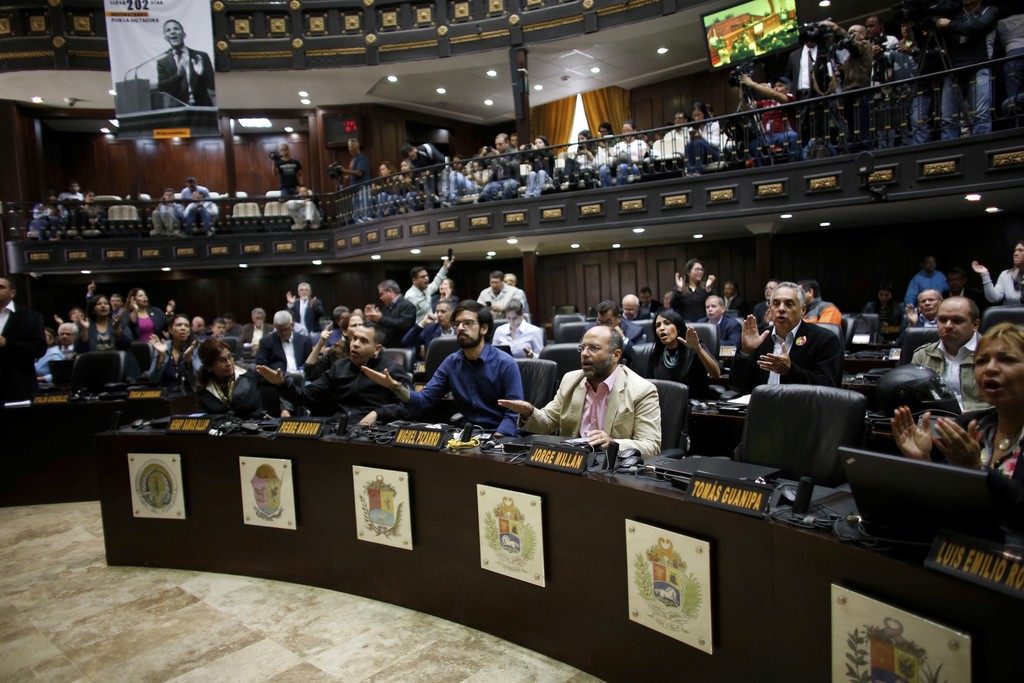 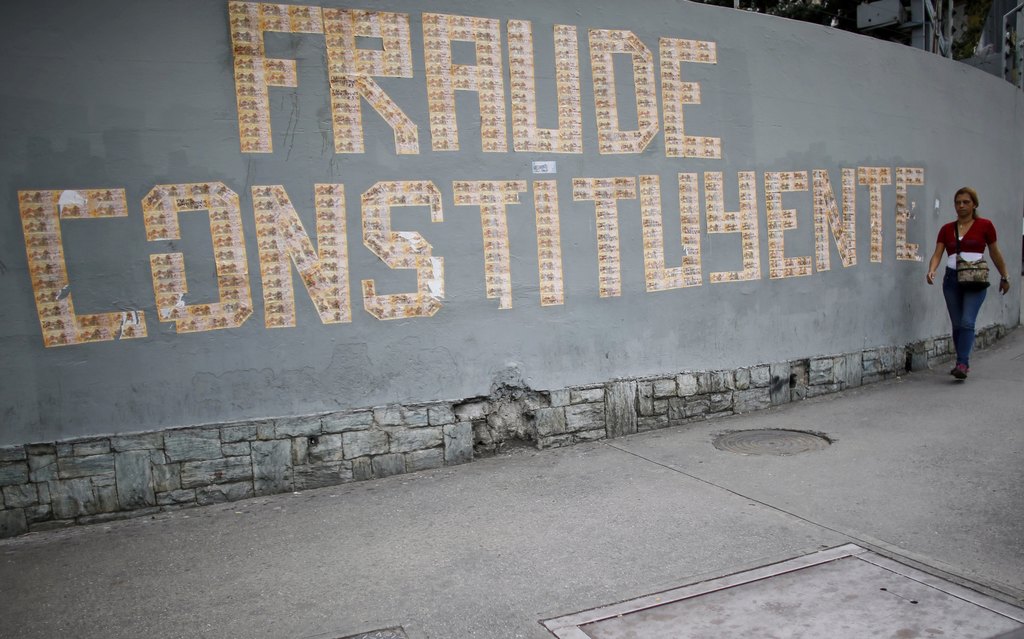 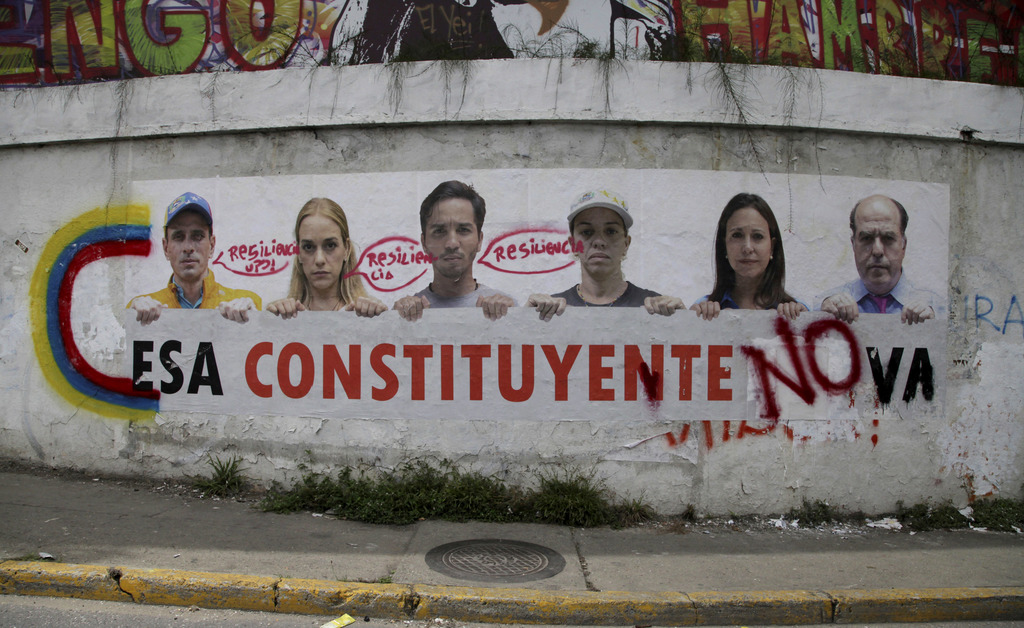 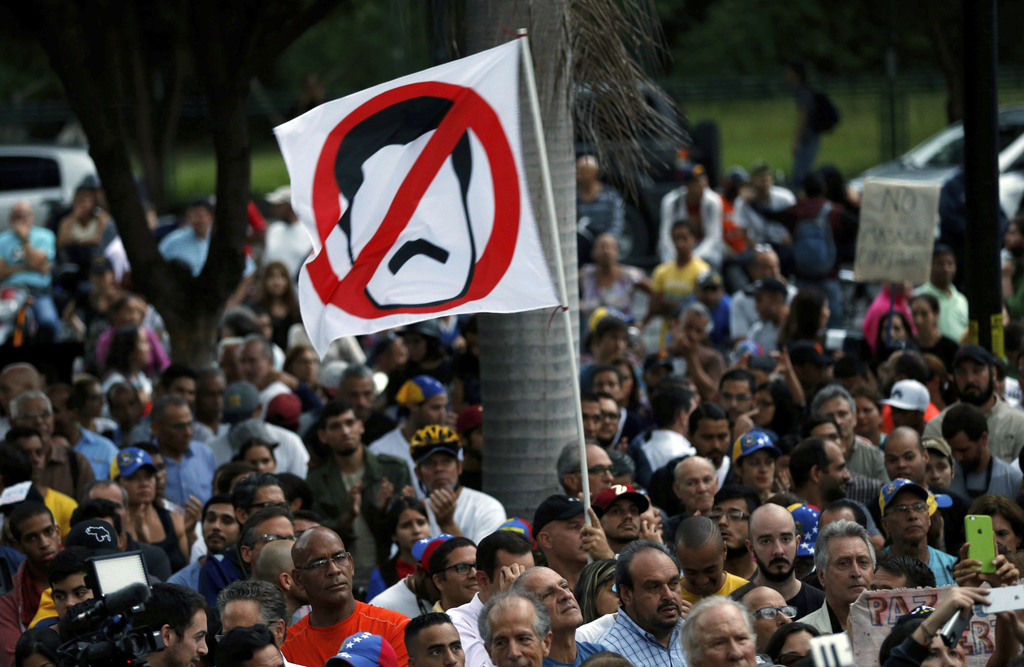 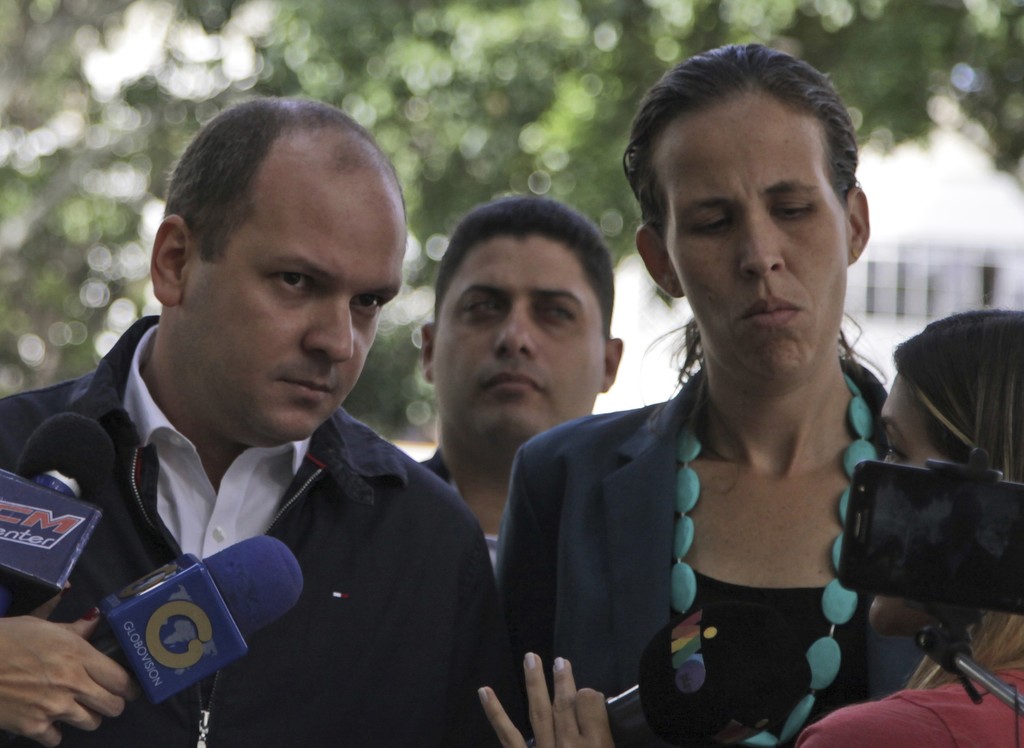 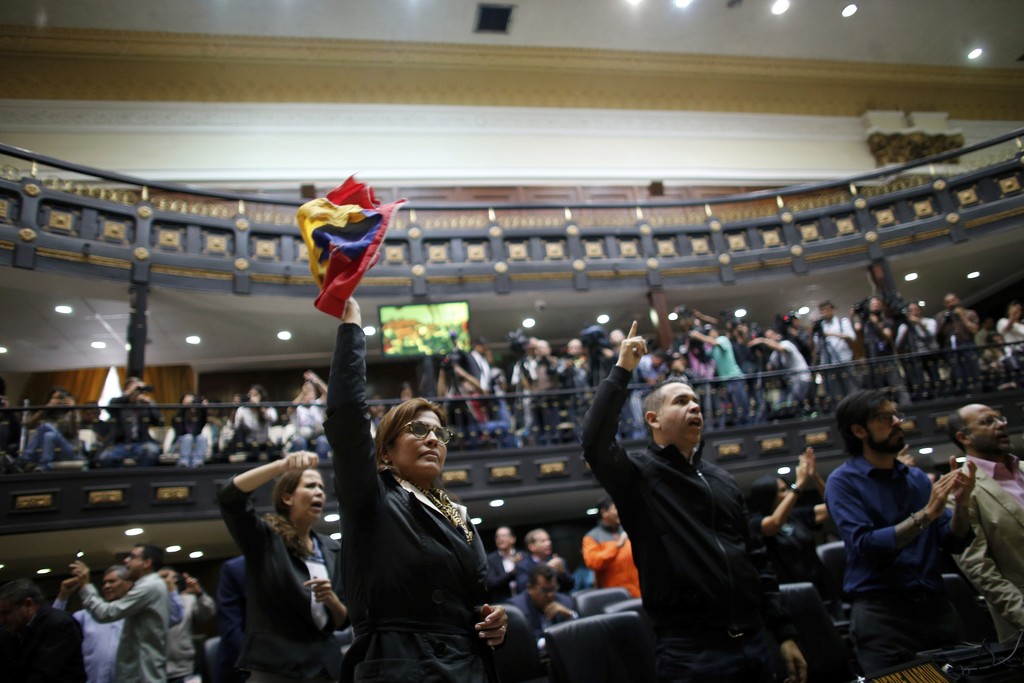 CARACAS, Venezuela (AP) — Venezuelan President Nicolas Maduro is heading toward a showdown with his political foes, promising to seat a new constituent assembly Friday that will rewrite the country's constitution and hold powers that override all other government branches.

Leaders of the opposition urged Venezuelans to fill the streets of the capital Friday, hoping to provide a strong showing that many people object to the assembly.

The body's 545 delegates were expected to be installed at the legislative palace in a room just yards (meters) from the chamber where the opposition-controlled National Assembly meets. Maduro, who has said he will use the assembly to punish his opponents, planned to attend the opening session.

The legislature building has been the scene of bloody clashes in recent weeks and the installation of the all-powerful assembly will intensify a political struggle that has brought three months of bloody anti-government protests to Venezuela. Maduro vows the assembly will strip opposition lawmakers of their constitutional immunity from prosecution, while members of congress say they will only be removed by force.

"The only way they'll get us out of here is by killing us," declared Freddy Guevara, the National Assembly's first vice president. "They will never have the seat that the people of Venezuela gave us."

The opposition boycotted Sunday's election of the constituent assembly, arguing that the rules were rigged to benefit the government, and nearly all the candidates were supporters of Maduro's administration.

The election has come under mounting scrutiny since the CEO of an international voting technology company said that "without any doubt" the official voter turnout number had been tampered with — a charge that Maduro and the National Electoral Council have dismissed. An increasing number of foreign governments have refused to recognize the assembly and many within Venezuela fear it will create a one-party state.

"There has been a gradual erosion of democratic practice and this is a significant line that has been crossed," said Michael Shifter, president of the Washington-based think tank Inter-American Dialogue. "To attach the term democracy to Venezuela with this new constituent assembly is on very weak ground."

The U.S. State Department called the assembly illegitimate Thursday, saying the election was rigged to further entrench "the Maduro dictatorship."

On the eve of the assembly's installation, the Spanish Embassy in Caracas was attacked with gasoline bombs. Prosecutors said two individuals on a motorcycle launched the devices, which started a fire but caused no reported injuries.

Carlos Romero, a professor and foreign relations analyst in Caracas, called the incident "extremely grave" and said it could further complicate relations between Venezuela and Madrid. Spain's ambassador to Venezuela was among a group of legislators who visited the National Assembly on Tuesday in a show of support after the constituent assembly election.

Prominent members of the constituent assembly, such as Diosdado Cabello, the leader of the ruling socialist party, have said they plan to target the opposition-controlled congress and the country's chief prosecutor, Luisa Ortega Diaz, a longtime supporter of the late Hugo Chavez who recently broke with Maduro. As one of its first tasks, Maduro has ordered the assembly to declare Ortega Diaz's office in a state of emergency and entirely restructure it.

In a continuing show of defiance, Ortega Diaz filed papers Thursday seeking a court order to block installation of the new assembly. The request, filed to a lower court in an apparent attempt to circumvent the government-stacked Supreme Court, was almost certain to be denied.

She also ordered prosecutors to investigate the allegations of election tampering raised by Antonio Mugica, the head of the voting technology firm Smartmatic. Mugica told reporters in London on Wednesday that results recorded by his company's systems and those reported by the National Electoral Council show the official turnout count was off by at least 1 million votes.

Pledges by opposition lawmakers to remain in power no matter what action the constituent assembly takes have opened the possibility of two governing bodies operating side by side — neither recognizing the other.

One opposition lawmaker, Henry Ramos Allup, said this week that if forcibly expelled from the legislative palace the National Assembly could potentially hold its sessions at another site.

Despite questions surrounding the vote, Maduro all but ensured there was nothing that could stop the government from seating the new assembly.

"They are bent on plowing ahead with this power grab," Shifter said, "and this is not going to stand in the way."