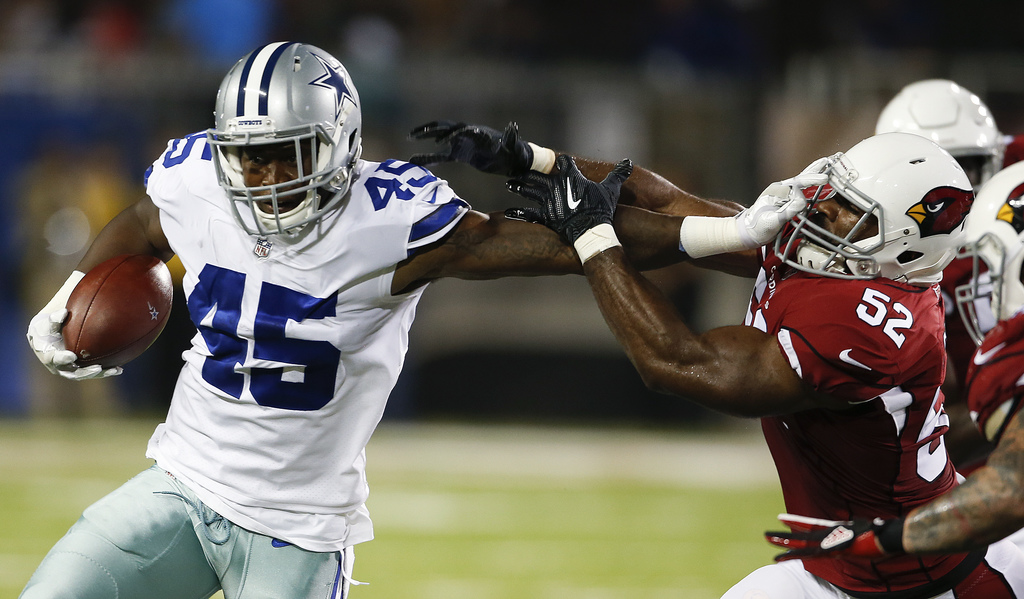 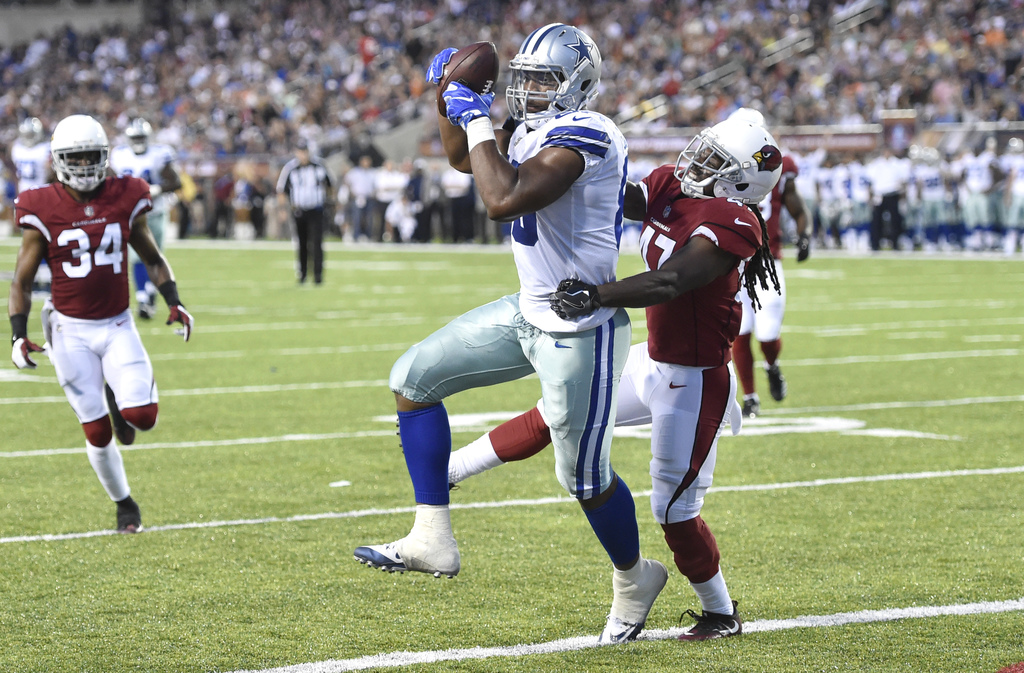 With no stars and few starters on the field Thursday night, the Dallas Cowboys edged the Arizona Cardinals 20-18 in the Hall of Fame game.

At least the turf held up — unlike a year ago, when the game was canceled for safety reasons. The new field passed NFL operations directors' approval, and the footing was steady.

Rookie Sam Irwin-Hill, unlikely to beat out Dallas veteran Dan Bailey for the placekicking job, made field goals of 23 and 43 yards, the latter providing the winning points in the fourth quarter.

The opening half featured a handful of big plays, with Arizona's third-string quarterback, Blaine Gabbert, consistently finding open receivers down the middle.

"There were a couple specific plays by the defense on those first couple of drives," Cowboys coach Jason Garrett said. "Blown assignments on a big third-down conversion, and it wasn't physical enough. It wasn't aggressive enough."

Dallas' Kellen Moore, who missed last season with an ankle injury, had some success passing down the sidelines, but his second-quarter interception by Brandon Williams in the end zone ruined a drive.

With the likes of Carson Palmer, Larry Fitzgerald, David Johnson, Patrick Peterson and Tyrann Mathieu sitting it out, Arizona could be pleased with the work of backup running backs Kerwynn Williams and Andre Ellington, who both scored on short runs.

"It was great to see the offense move the ball and get touchdowns on those first two drives," Fitzgerald said. "O-line, running game, passing the ball, that was impressive and I'm happy for every one of those guys."

Morris showed off a spin move worthy of Elliott on a 25-yard run, Butler had 78 yards on two catches in the first half , and Gathers, a hoops starter at Baylor, made a 26-yard touchdown catch.

Gathers also made a diving reception and slipped a pair of tackles on a 17-yard play early in the third period . That led to Uzoma Nwachukwu's 14-yard TD catch from fourth-string rookie Cooper Rush. The former rebounding standout had three catches for 59 yards.

Generally, though, it was a sloppy exercise befitting the lack of star power.

PREGAME INTROS: Owner Jerry Jones drew the loudest cheers — no surprise considering the overwhelmingly pro-Cowboys crowd of 21,126 at the renovated Hall of Fame Stadium — in pregame introductions of the seven men who will be inducted into the shrine Saturday night.

Hall of Famer Jackie Smith, who played tight end for both the Cowboys and Cardinals, performed a rousing national anthem.

TAKE A TABLET: Referee Jerome Boger was the first to use a Microsoft Surface tablet to handle replay reviews under a new NFL system. Final say on calls is being made by the officiating staff in New York, in consultation with the referee.

Dallas challenged a down-by-contact call in the third quarter that negated a Cardinals fumble. The verdict came quickly and the call was confirmed.

GO FOR 2: Arizona kicked the extra point after its second touchdown, but Dallas lined up illegally. So the half-the-distance penalty brought the ball inside the 2-yard line. Gabbert threw incomplete, but another flag was thrown for interference. Then Gabbert sneaked in from about the 1 to make it 15-0.

UP NEXT: Dallas hosts Indianapolis in the first full week of preseason games on Aug. 19. Arizona hosts Chicago that night.