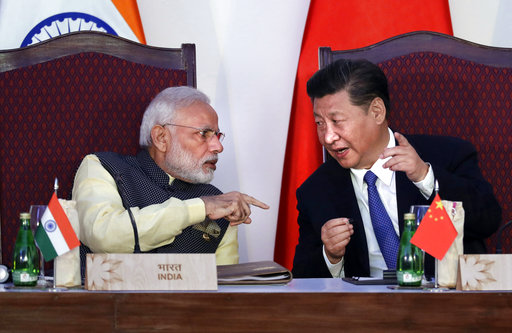 BEIJING (AP) — Beijing is intensifying its opposition to New Delhi's movement of troops into a contested region in the Himalayas where China, India and Bhutan meet.

India has said its personnel entered the area in the Doklam Plateau in June after its ally Bhutan complained a Chinese military construction party was building a road inside Bhutan's territory. China and Bhutan dispute their border there, and India said its troops were attempting to urge the Chinese forces not to change "the status quo."

Beijing says the dispute has nothing to do with India. It wants Indian troops to withdraw before any talks are held.