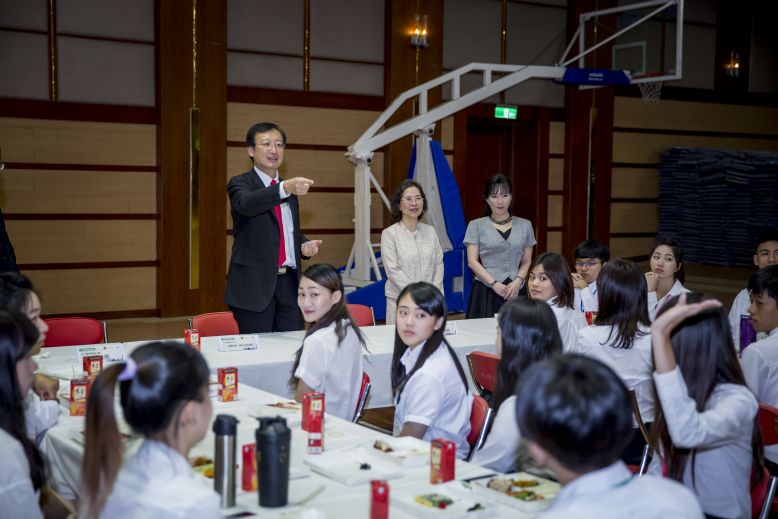 A four-week training course for the 75 participants in the International Youth Ambassador Exchange Program kicked off in Taipei City, preparing the university students for upcoming tours aimed at fostering people-to-people exchanges with countries across South and Southeast Asia, the Ministry of Foreign Affairs announced Aug. 1.

Launched by the MOFA in 2009, the initiative seeks to enhance local youths’ worldviews and boost international awareness of Taiwan culture and society. In line with the government’s New Southbound Policy, the 2017 edition is themed New Taiwan Generation, New Southbound Vision.

This year’s youth ambassadors have been divided into three groups that will each visit two countries. The delegations are scheduled to tour India and Singapore, Indonesia and the Philippines, and Thailand and Malaysia, respectively, from Aug. 28 to Sept. 6.

The participants consist of arts and language students from 31 universities and colleges across the nation. In addition to receiving training on cultural performances, etiquette and languages at Ming Chuan University in Taipei, they will also visit local businesses, charities and nongovernmental organizations with operations in South and Southeast Asia to gain a deeper understanding of Taiwan’s links with these regions, according to the MOFA.

At a commencement ceremony for the training program, MOFA Deputy Minister François Chih-chung Wu said the youth ambassador program can play an important role in strengthening ties by building lasting connections between local youths and their counterparts in New Southbound Policy target countries. The initiative will also embolden Taiwan’s young generation to explore the world and help them understand their roles as responsible global citizens, he added.

During their tours, the youth ambassadors will participate in seminars, forums and volunteer work, as well as visit local government officials, think tanks and leading universities. They will also host Taiwan Night events featuring cultural performances aimed at spotlighting the country’s soft power.

According to the MOFA, since its inception, the youth ambassador initiative has sent 164 groups of more than 1,400 students to almost 70 countries and territories around the world. These tours have successfully bolstered the global perspectives of Taiwan’s youth and promoted wide-ranging international exchanges, the ministry said.