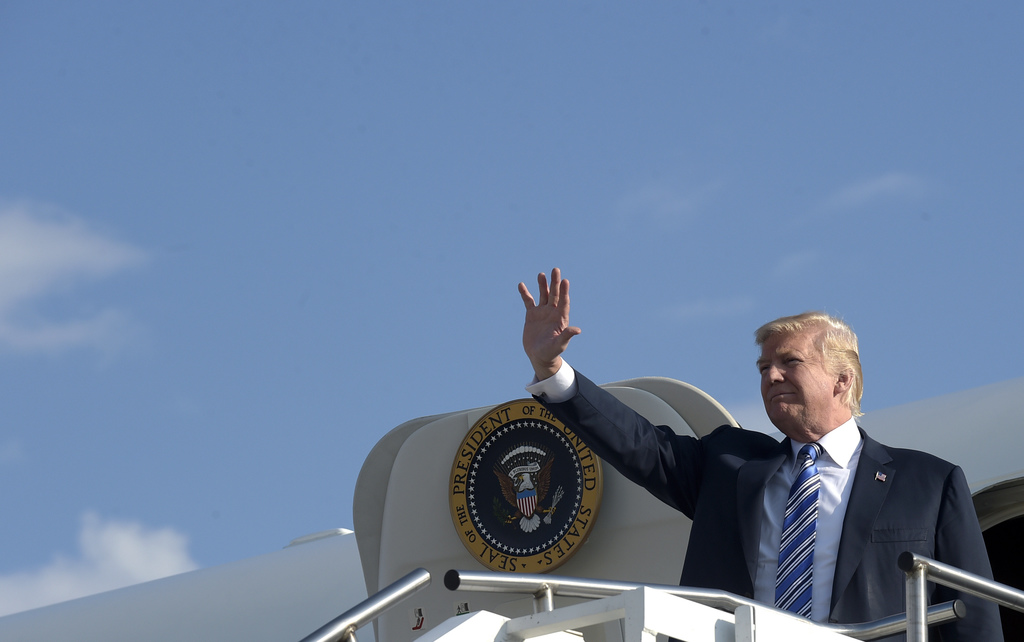 President Donald Trump is accusing Democrats of fueling the narrative of his campaign's contacts with Russian officials, calling it a "total fabrication" and a "hoax."

Speaking at a rally in Huntington, West Virginia, Thursday, Trump says the Russia story is "just an excuse for the greatest loss in the history of American politics."

He is calling on prosecutors to instead investigate Hillary Clinton's emails and her "paid Russia speeches." His comments prompted chants of "Lock her up" from the crowd, reminiscent of the chants that became popular during his campaign.

Trump is also accusing Clinton of selling uranium "that is now in the hands of very angry Russians."

President Donald Trump will reach for an emotional and political boost at a campaign rally late Thursday in West Virginia.

Trump has been holding campaign-style events on friendly turf to get out of Washington and recharge in front of boisterous supporters.

The event also follows recent shake-ups on the White House staff, including the ouster of Trump's chief of staff and of his newly hired communications director.