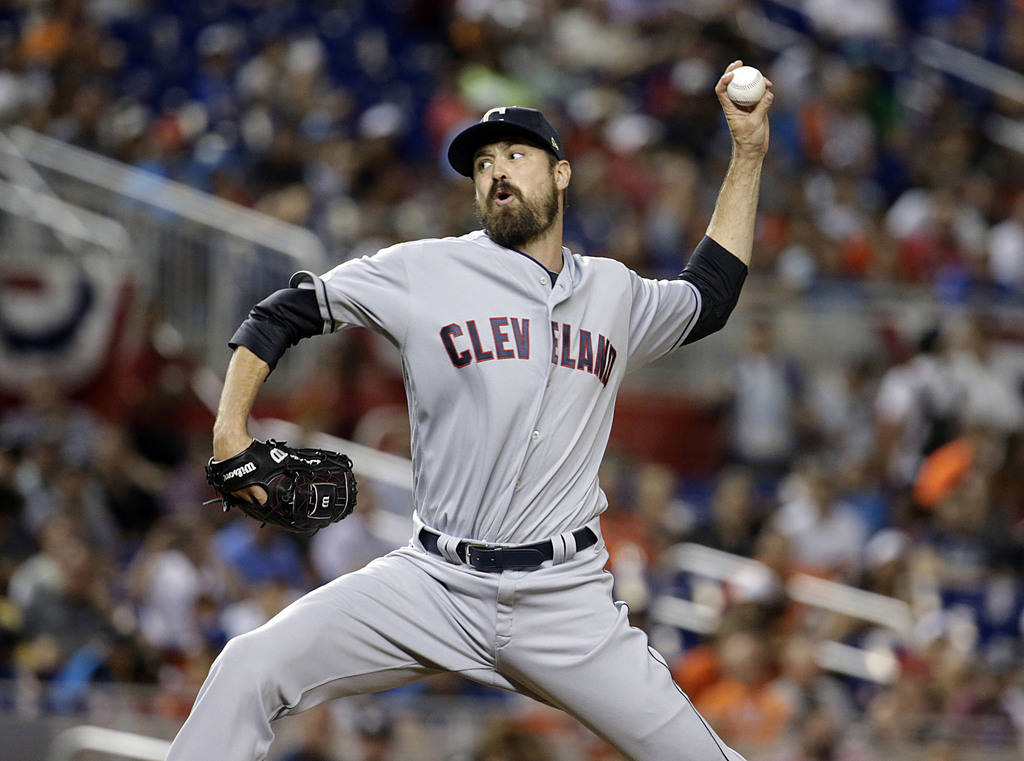 Miller was placed on the 10-day disabled list Wednesday with right knee tendinitis. Francona said an MRI confirmed the original diagnosis and that the left-hander has been bothered by the soreness "for months."

The team is discussing more aggressive treatments for Miller, who has struggled with his control in recent weeks.

Francona said there was a direct link between Miller's injury and the wildness.

"It's his landing leg and he doesn't have anything to firm up against," Francona said Thursday before the Indians opened a four-game series against the New York Yankees. "And he's been yanking balls. He's hit guys in the leg with sliders. It'd be pretty cool if fans or even media could see his willingness and wanting to pitch. It's amazing. I just don't think it was fair. I don't think you can just put a guy on the disabled list when it's convenient.

"You gotta do it when it's right, and this will do him a lot of good."

Miller's absence will force Francona to use his bullpen differently late in games. Typically, Miller enters to face dangerous hitters in the seventh and eighth innings before Francona turns to closer Cody Allen. Miller also closed earlier this season.

For the time being, starter Mike Clevinger will pitch out of the bullpen, giving Francona an extra arm until Miller's ready. Francona said Clevinger, who is 5-4 with a 3.68 ERA in 14 starts, could pitch in relief for the next week.

Francona said he may adjust the way he handles late-game situations while Miller is unavailable.

"We might not just wait to get to Cody," he said. "If Cody's our best option in the seventh or eighth, sometimes those innings are harder than the ninth. The good part is that they are all willing to do it. So we'll piece it together a little bit more than we have before. When we got to Andrew, we left him alone and got out of his way. We may have to piece it together a little bit more."

Francona does have a new option in side-armer Joe Smith, who was acquired in a trade on Monday from Toronto. This is Smith's second stint with Cleveland.

Lefty Tyler Olson, recently brought up from Triple-A Columbus, has made a positive impression on Francona. He didn't allow a run in his first four appearances.

"The early returns on Olson have been really good, not just getting people out, but I was watching him the other night in Boston," Francona said. "There wasn't any of the false bravado. He was just pitching and it seemed like the game wasn't going too fast."