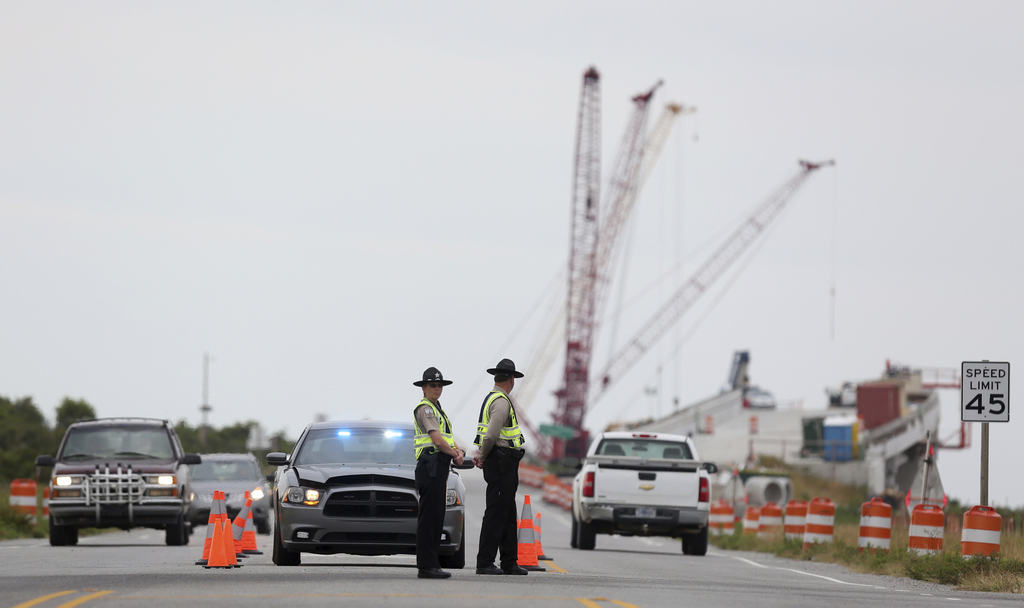 North Carolina officials say power will be restored to Hatteras Island on Friday, a week after it was hit by a massive outage and thousands of people were ordered to leave.

Dare County officials announced that visitors will have unrestricted access to the island starting Friday at noon. The news release said utility officials have assured them that adequate power will be restored by then.

It wasn't immediately clear when visitors would be allowed back on Ocracoke Island, which is in another county.

Utility officials had said previously that power would be restored by Saturday.

The weeklong outage on the two islands was caused by an accident during construction of a bridge between islands.

Utility officials say they expect to restore power to two North Carolina islands by the weekend.

Cape Hatteras Electric Cooperative issued a statement that it expects to have the power back on Hatteras and Ocracoke islands by Friday or Saturday. A previous estimate had predicted restoration by early next week.

The statement says crews were finishing work connecting overhead cables Thursday morning and were working on connecting the power. Next, testing will need to be done.

The outage began a week ago during early morning work on a bridge between islands. The construction company building the bridge damaged underground power lines with a steel casing that's used to put bridge supports in place.

The outage drove thousands of vacationers off the islands and forced others to cancel trips before they arrived.

Vacationers turned away by an island power outage in North Carolina say they've gotten few answers about whether they'll get back money they spent on canceled or interrupted trips.

The outage caused by a construction accident forced an estimated 50,000 visitors to leave Hatteras and Ocracoke islands, and still others never made it to the popular vacation areas because of evacuation orders that are still in place.

Utility officials are hoping to have power restored by early next week, but that will be too late to salvage vacations for many.

Scores of vacationers like Tianna Lee are now navigating the sometimes confusing process of trying to get repaid for lost travel expenses. Travel insurance plans vary, and many don't cover man-made disasters.