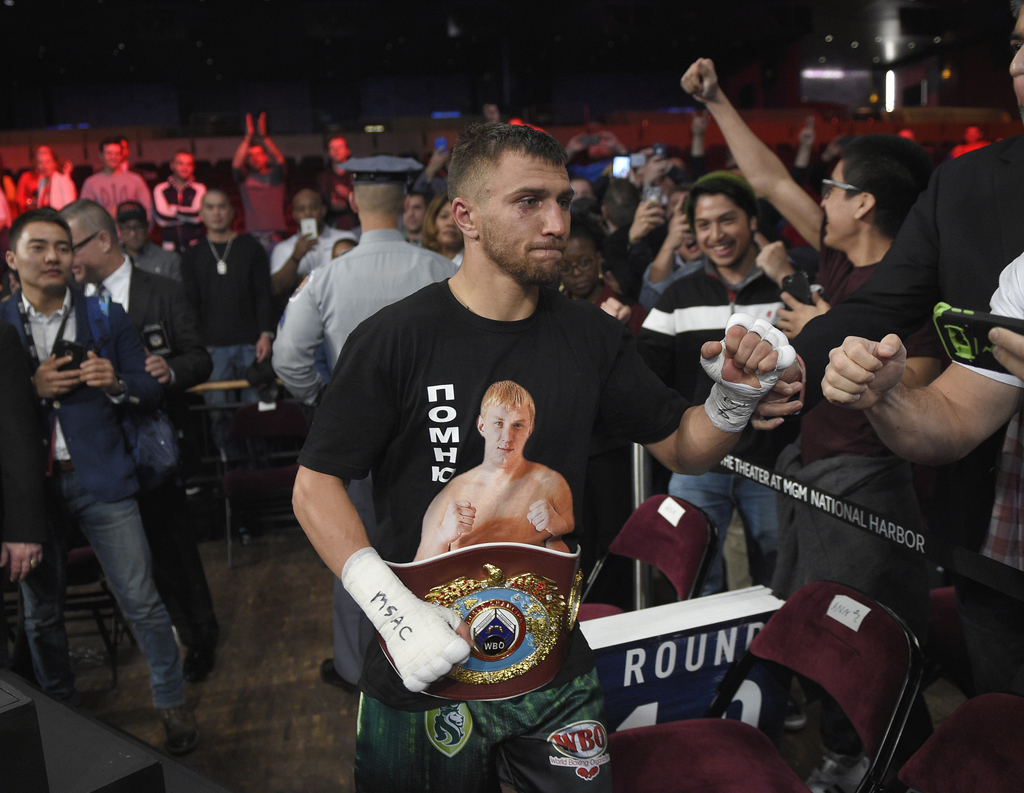 "It's always very good weather, and it gives you good emotions," Lomachenko said. "It's very comfortable for me. Always the sun is shining. For a sportsman like me, it's very important. After hard work, you can rest and relax. Everything is cool with the green trees and the palms. Right away, you have a good mood."

These idyllic environs 90 minutes west of Los Angeles might seem an unlikely home base for Lomachenko, the Ukrainian superstar and two-time Olympic gold medalist. Now a two-division professional champion, he could choose to live in Hollywood, Miami, Monaco or any other traditional playground for wealthy athletes.

Coastal California is also a long way from Bilhorod-Dnistrovskyi, the port city where he was raised and where his family still lives. But Lomachenko's adopted home provides him with peace and concentration as he pursues his plan to become the greatest fighter in the world.

"I like it here because I am from a small town, and for me, that's normal," Lomachenko said in his rapidly improving English. "In my hometown, I know everybody. It's the same here. I (have) lived here two or three years, and now I know all about this town. It's comfortable. I don't like a big city."

Lomachenko (8-1, 6 KOs) takes another step in his evolution Saturday night in downtown Los Angeles when he defends his WBO 130-pound title against Colombia's Miguel Marriaga (25-2, 21 KOs) on ESPN. A large U.S. audience will be able to see the fighter with a talent compared to Muhammad Ali by Bob Arum, who promoted both fighters.

Lomachenko turned pro in 2013, and his career has built steadily on his peerless amateur success. While he captured the boxing world's imagination with his devastating performance in Beijing in 2008, Lomachenko says he grew tired of waiting around for four years by the time he finally got to London and "took my second gold medal."

Along with his relocation to the U.S., Lomachenko had to adjust his fight preparations to the demands of the pro game. After spending years training to fight several opponents in a two-week tournament, he now fights only three or four times a year.

"When I was an amateur boxer, you (might not) know your next opponent," he said. "You have to be ready for anything. That was much more difficult. Now I can know all about my opponent. I study everything he can do."

And his California training camp provides Lomachenko with everything he needs to dominate.

His father, Anatoly, supervises his preparations with a team of coaches and trainers. His diet is strictly monitored through pre-prepared meals, although he still fires up his barbecue for steaks on his days off. His coaches also engage him in brain-teasing mental puzzles designed to force him to think critically outside the ring.

He studied English in school and then forgot most of it, but Lomachenko's grasp of the language has grown stronger since he relocated. He said it happened strictly through interviews and day-to-day life, since he doesn't watch American television — or any TV — because he doesn't have time.

Lomachenko shrugs off the idea that he took a bout with Marriaga only after the world's top fighters around his weight class declined to take him on despite the financial might of his promoter, Top Rank. Cuba's Guillermo Rigondeaux, another two-time Olympic gold medalist, is among the few big-name fighters daring to call him out.

But Lomachenko responds to the 36-year-old Rigondeaux with a wit that reflects his growing fluency in English: "I don't think that fight is going to bring me a lot of glory, because after that fight, everybody is going to be saying I beat an old, little guy."

No matter how long it lasts, Lomachenko sees Saturday's bout with Marriaga as a chance to showcase his skills for big-money bouts in a future that looks as bright as a Southern California summer.

"I think Marriaga is a very good opponent for me," Lomachenko said. "It's very hard when you have to find the keys to his defense. If people don't understand boxing, they don't know what he's capable to do. I understand it all."