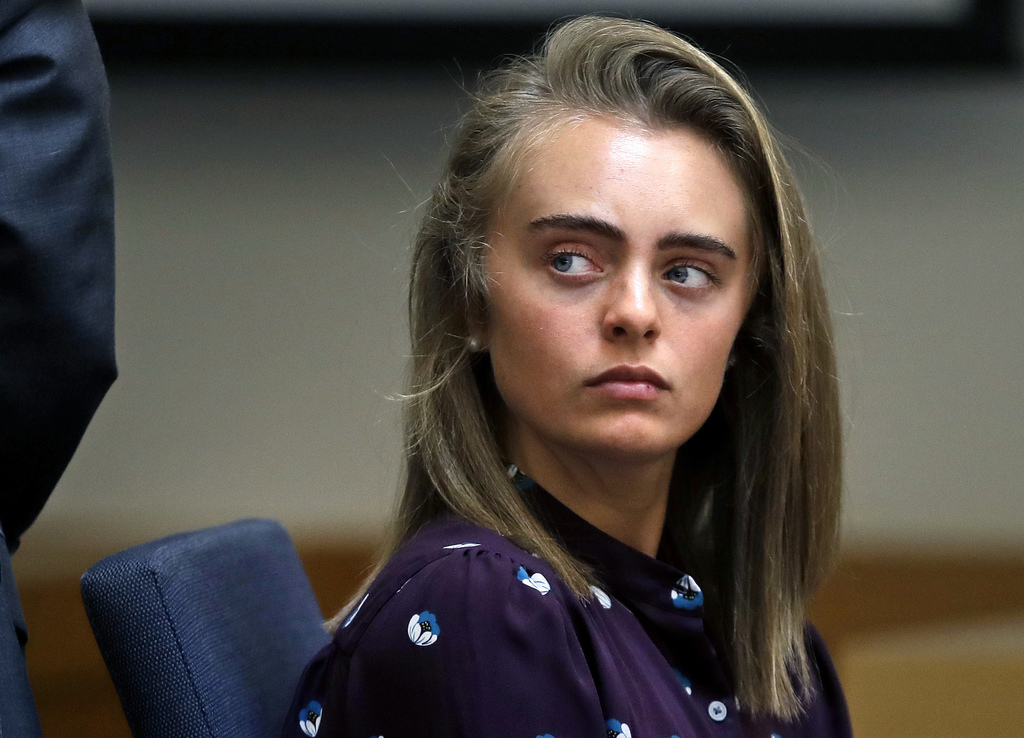 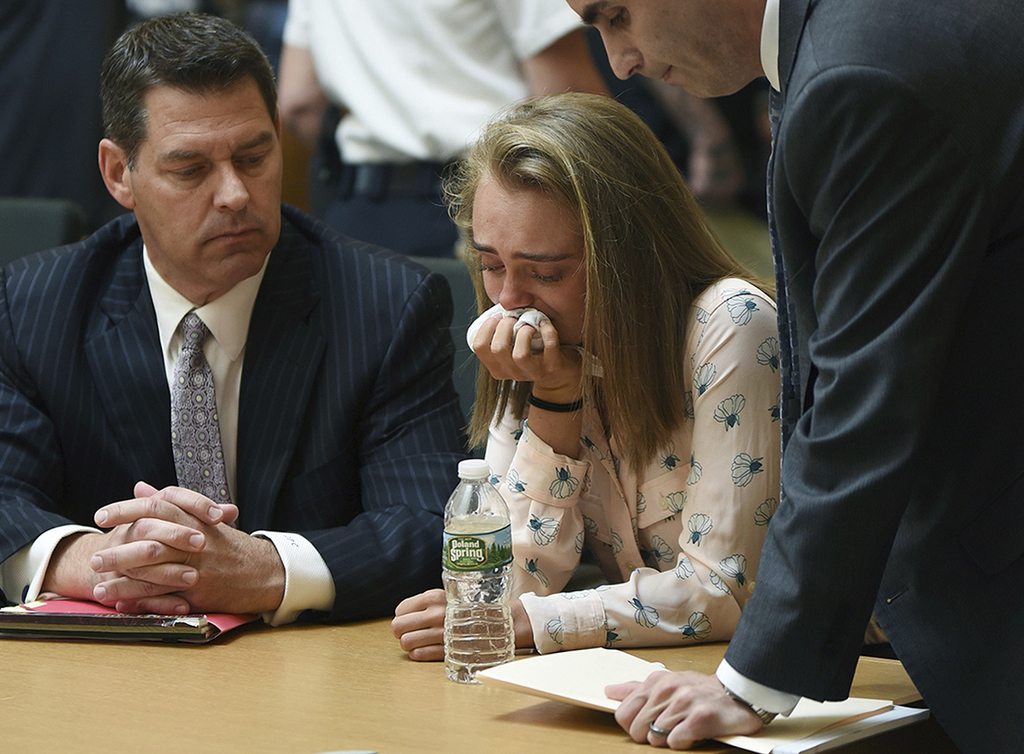 TAUNTON, Mass. (AP) — The Latest on the sentencing of a woman convicted of involuntary manslaughter for sending her suicidal boyfriend a barrage of text messages urging him to kill himself (all times local):

Relatives of a young man who was encouraged by his girlfriend through text messages to kill himself say they're haunted by his death.

Conrad Roy Jr. told a court Thursday that the death of his son, Conrad Roy III, inflicted the "worst emotional pain" he has ever experienced. The father says: "I am heartbroken."

A 13-year-old sister, Camden Roy, testified that she's "haunted" by the realization that she'll never see her brother wed or be an aunt to his children.

They spoke before the sentencing of Michelle Carter, who faces up to 20 years in prison on a conviction of involuntary manslaughter for encouraging Roy to kill himself in 2014.

Carter was 17 when the 18-year-old Roy was found dead of carbon monoxide poisoning in 2014.

A Massachusetts woman who encouraged her boyfriend to kill himself in dozens of text messages and told him to "get back in" a truck filled with toxic gas faces up to 20 years in prison when a judge sentences her on a charge of involuntary manslaughter.

Michelle Carter was convicted by a judge who said her final instruction to Conrad Roy III caused his death. Carter will be sentenced Thursday.

Carter was 17 when the 18-year-old Roy was found dead of carbon monoxide poisoning in 2014.

Carter's lawyer argued that Roy was determined to kill himself and nothing Carter did could change that.

Roy's aunt has asked the judge to sentence Carter to the 20-year maximum. Carter's father said his daughter made "a tragic mistake." He's asking for probation and continued counseling.