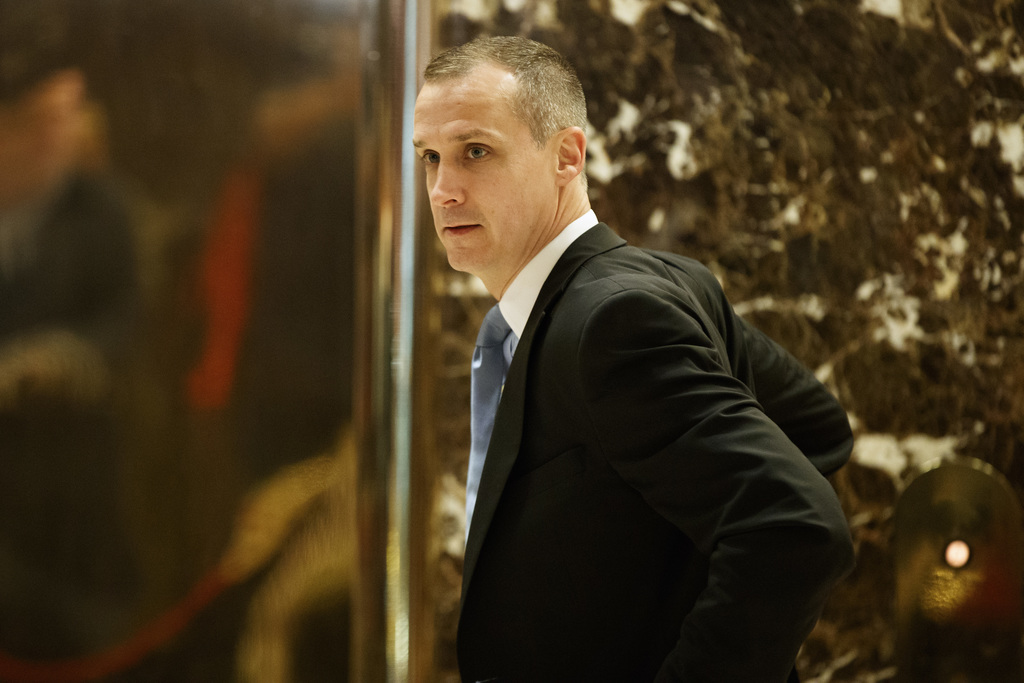 Corey Lewandowski is refusing to answer a question about whether a payday lender is a client.

He's Donald Trump's onetime campaign manager, and he's taking on private clients and helping Trump-friendly politicians — even as he continues to visit the White House and travel with Trump.

A woman attending a Lewandowski speech in Cleveland asked him "yes or no" about being paid by Ohio-based Community Choice Financial.

Lewandowski isn't directly answering, but says he "doesn't make a dime" whether the head of the Consumer Financial Protection Bureau loses his job.

Lewandowski has said Trump should fire the agency's head, Richard Cordray, and he's denied that he was being paid by anyone to advocate that stand.

Payday lenders frequently spar with Cordray over regulation of their industry.

The president's onetime campaign manager is taking on private clients and helping Trump-friendly politicians — even as he continues to visit the White House and travel with Trump.

He's set to speak to the City Club in Cleveland on Thursday, and headline a fundraiser for GOP Rep. Jim Renacci (Reh-NAY-see), a gubernatorial candidate with ties to Trump.

The Associated Press reviewed a draft contract between Lewandowski and Community Choice Financial, based in Dublin, Ohio. That contract was first reported by The New York Times.