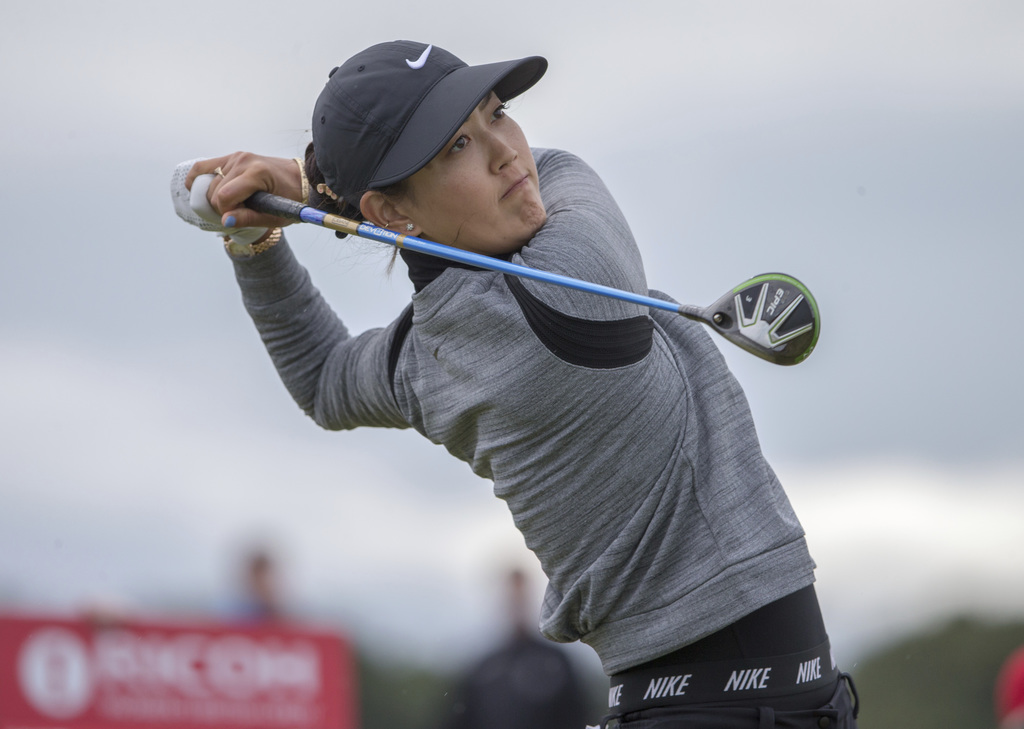 ST. ANDREWS, Scotland (AP) — Michelle Wie finished with three straight birdies at Kingsbarns for an 8-under 64 to take the early lead in the Women's British Open.

Wie had a one-shot lead over I.K. Kim among the early starters Thursday.

Wie has not won since the 2014 U.S. Women's Open at Pinehurst No. 2. She started the opening round by blading a wedge over the second green and taking bogey on the par 5. That was the last of her mistakes. The 27-year-old from Hawaii shot 30 on the back nine.

Laura Davies, who had to qualify on Monday, was at 6 under through 14 holes when the first round was suspended by weather. So Yeon Ryu, the No. 1 player in women's golf, was 2 under through 12 holes.