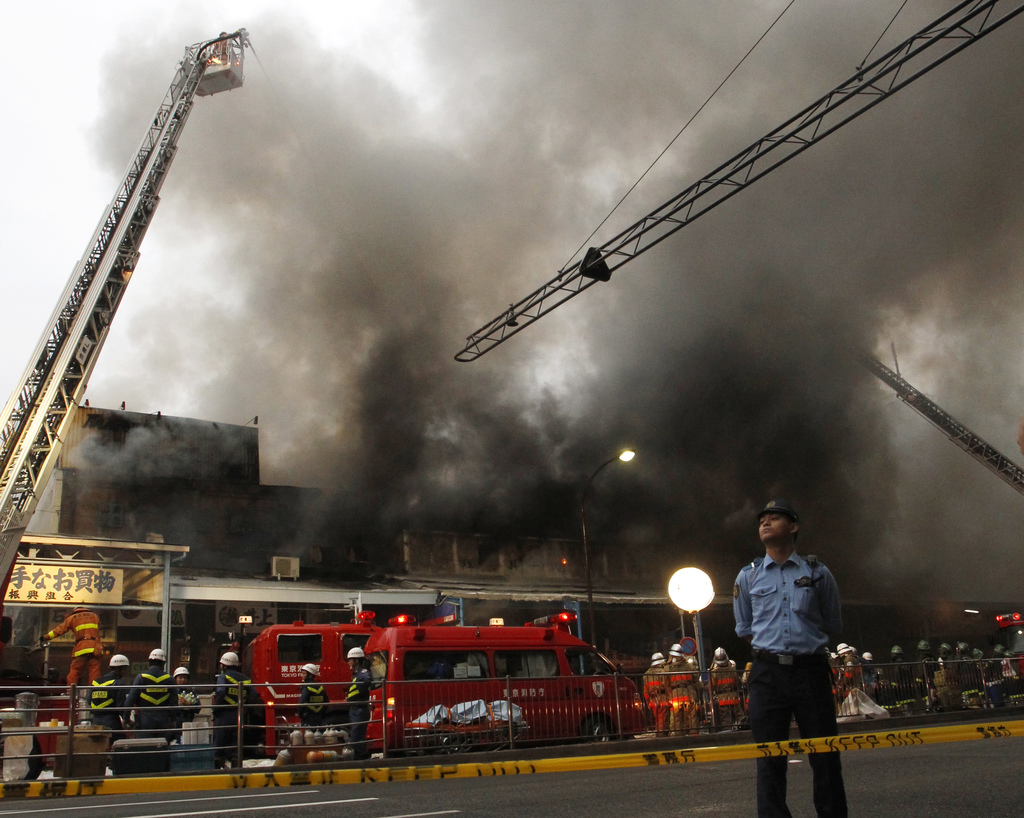 Efforts to bring the fire under control continued late Thursday.

Clouds of gray smoke and orange flames rose from a row of wooden stores in an area called "the outer market."

The Tokyo Fire Department said no one was injured or trapped because the fire broke out after the shops closed.

Tsukiji market is popular among tourists. Its inner market, where tuna auctions are held and seafood traders vie to buy raw ingredients for Japan's finest sushi and other dishes, was not affected.