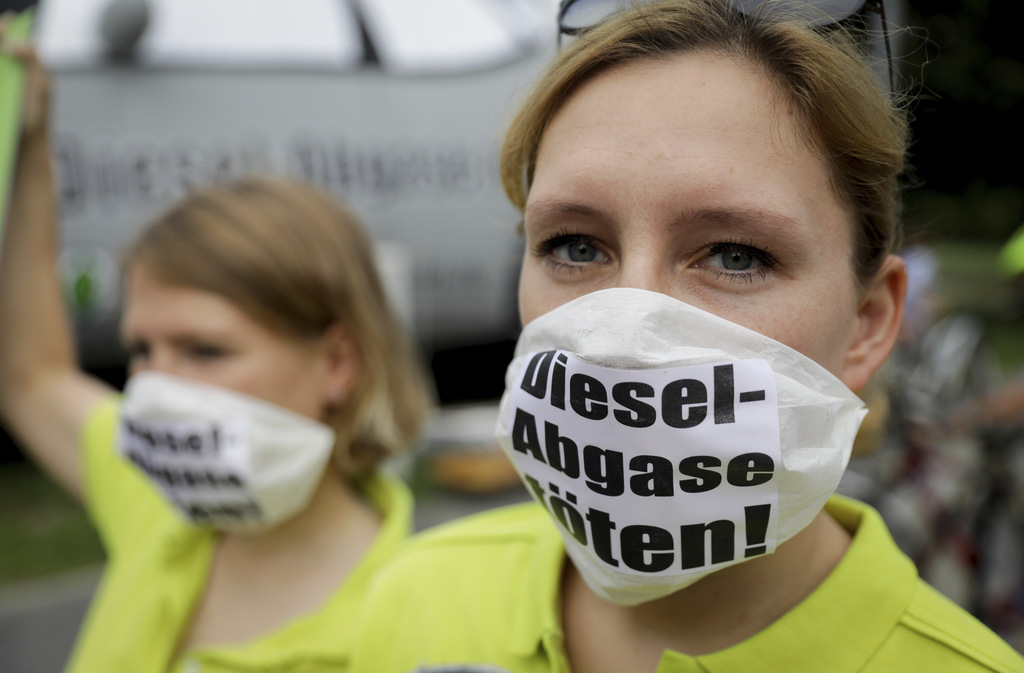 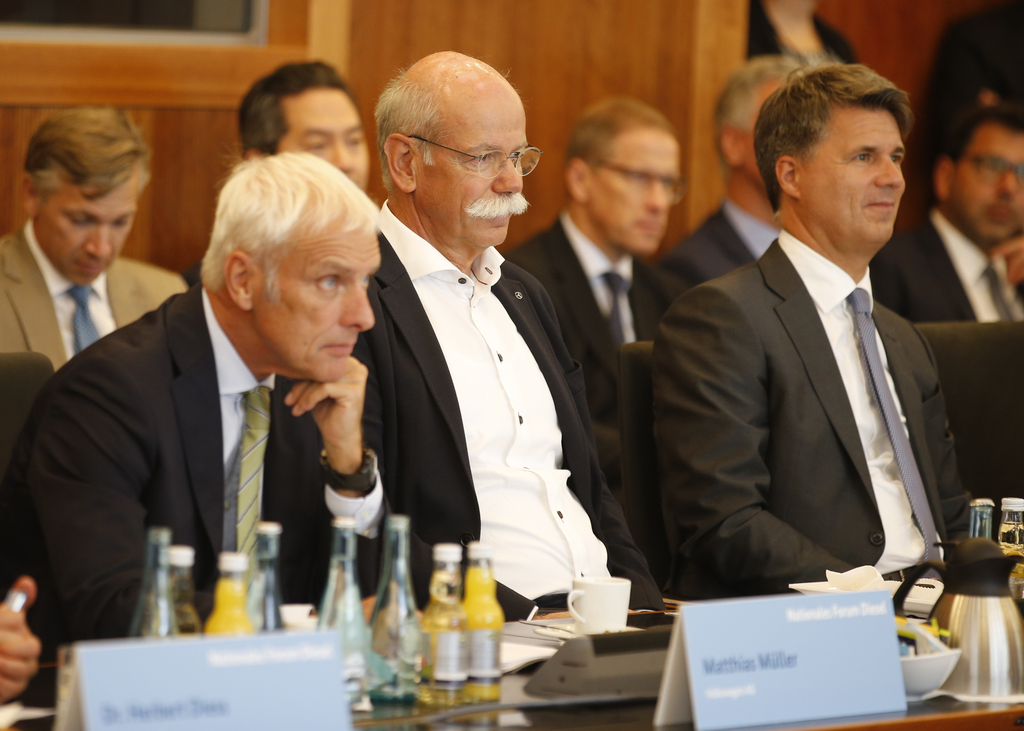 But how seriously can such deadlines be taken?

The issue of how to phase out polluting traditional engines has been pushed to the forefront by scandals and crises. First Volkswagen's admission to cheating on U.S. diesel emissions tests, and more recently a push by cities in Germany and elsewhere to ban diesels to make the air cleaner.

The political desire to switch to get rid of traditional engines, however, runs into a number hurdles in the real world. More recharging stations need to be set up globally, at a potentially high cost. And millions of jobs depend on the production of internal combustion engines, making the decision politically difficult in many places.

"I think there's a majority, especially in cities, who say 'we need change,'" says Dieter Janacek, a member of Germany's Green party who is campaigning for re-election in the national poll Sept. 24 on his party's official call for an end to new gas and diesel sales by 2030.

He is running not just from anywhere but from Munich, home to auto giant BMW.

Yet he thinks the call to phase out traditional engines is a winner. Janacek, 41, says that many people are "skeptical of the internal combustion engine, because they have to live with the consequences and the emissions." That's particularly true of urbanites — more than half the residents of Munich's innermost neighborhoods don't even own a car. And it is in cities where the pollution issue is most pressing.

A lot would have to happen before such a big move happens, however.

There aren't enough public fast-charging stations that can enable longer trips with all-electric cars. Janacek loves his electric Renault Zoe, which has enough range to make campaign trips and then get back home to recharge overnight. But for longer trips, he and his wife rely on her conventional Toyota Yaris, a common compromise arrangement among early adopters. Experts say electrics could start to beat gas and diesel on cost and convenience by the mid-2020s as battery range and infrastructure improve.

Janacek concedes that "yes, it's very ambitious. On the other hand, there are countries like Norway that want to move ahead faster. I am convinced it will happen."

And then there is the impact on those who make gas and diesel engines.

Banning internal combustion engines from 2030 would affect more than 600,000 jobs in Germany directly or indirectly, or 10 percent of the nation's workforce, according to a study commissioned by the German Association of the Automotive Industry.

That may be why the dates touted by governments to end the sale of traditional engines look more like soft targets than drop-dead dates.

Norway has aggressively promoted electrics, but even there the proposed elimination of gas and diesel except for hybrids by 2025 is a goal to be achieved, not a fixed date for a ban. France and Britain are looking at 2040 — so far ahead that the politicians involved will no longer be around and technology will have changed in ways that are hard to predict. The former Netherlands cabinet proposed all electrics by 2035, but a new government will have to take the final decision. Carmaker Volvo said in July that all its models will have an electric motor from 2019 onwards. However, many of those cars will be hybrids, which also have an internal combustion engine and are regarded as a halfway house to emissions-free driving.

In California, the powerful Air Resources Board is pushing manufacturers to include more zero-emission vehicles in their lineups, without calling for a ban by a specific date. China is heavily incentivizing electrics.

Still, soft goals can have serious impact; Norway reached its target of 50,000 electrics in 2015, three years ahead of schedule.

"It's an easy thing to say, especially since some of those politicians will not be around in 2040," said Brett Smith, assistant director of the manufacturing, engineering and technology group at the Center for Automotive Research in Ann Arbor, Michigan. "The practicality of it is another matter."

What would happen to resale values for owners of internal combustion cars as the deadline approaches? What would happen to gas stations and their owners? Those are "huge questions politicians don't really want to think about when they set those dates," Smith said.

The dates are "more like guidelines, and when we get closer we'll figure out how to get there. It's not an unreasonable approach."

As important as the deadlines are the incentives governments give to the industry and consumers.

In Norway, electrics are exempt from the 25 percent value-added tax and other fees. Higher taxes on cars that pollute more would offset lost revenue. Just as important, most of Norway's electricity comes from hydro power, not from burning fossil fuel. That means increased demand for power from cars won't mean more emissions from coal- or natural gas-fired electricity plants.

The industry, meanwhile, is committed to diesel and traditional engines for the near future while it ramps up investment in new technologies. Daimler spent 3 billion euros ($3.5 billion) developing a new, lower emissions diesel engine that is already in some of its E-class sedans. At the same time, it is spending 10 billion euros on electric and autonomous technology.

Governments do the industry a favor by setting firm deadlines, says Ferdinand Dudenhoeffer, director of the Center for Automotive Research at Germany's University of Duisburg-Essen. "Clear dates, such as 2040 for instance, would mean that the car makers could make a clear plan what to do in the future."

Smith said the market would still play a major role: "If the business model is there, people will find a way to fund it."