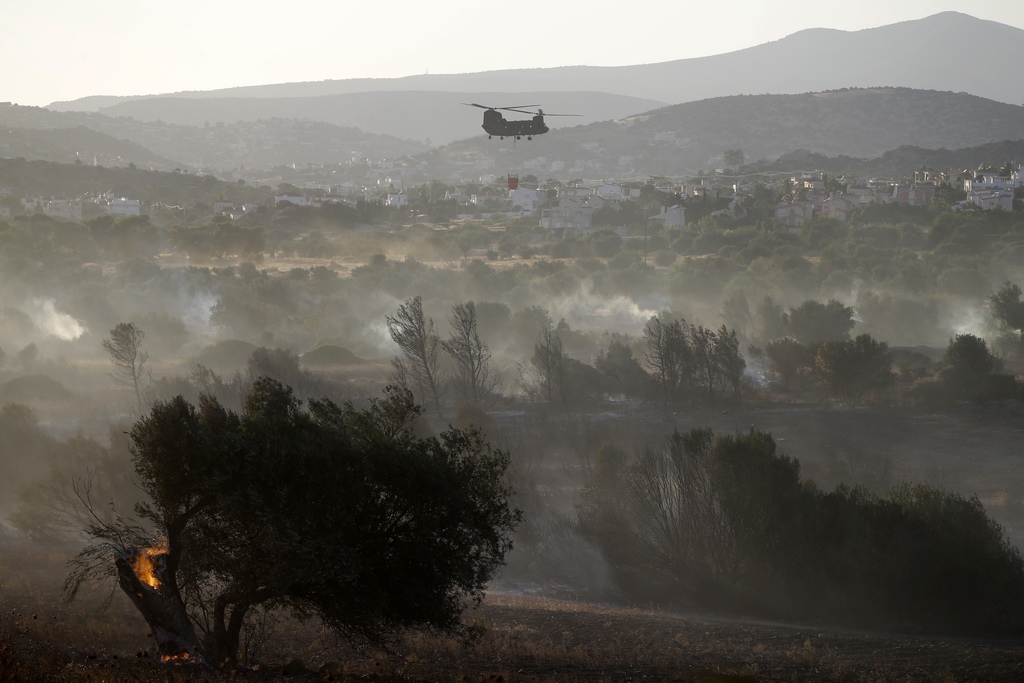 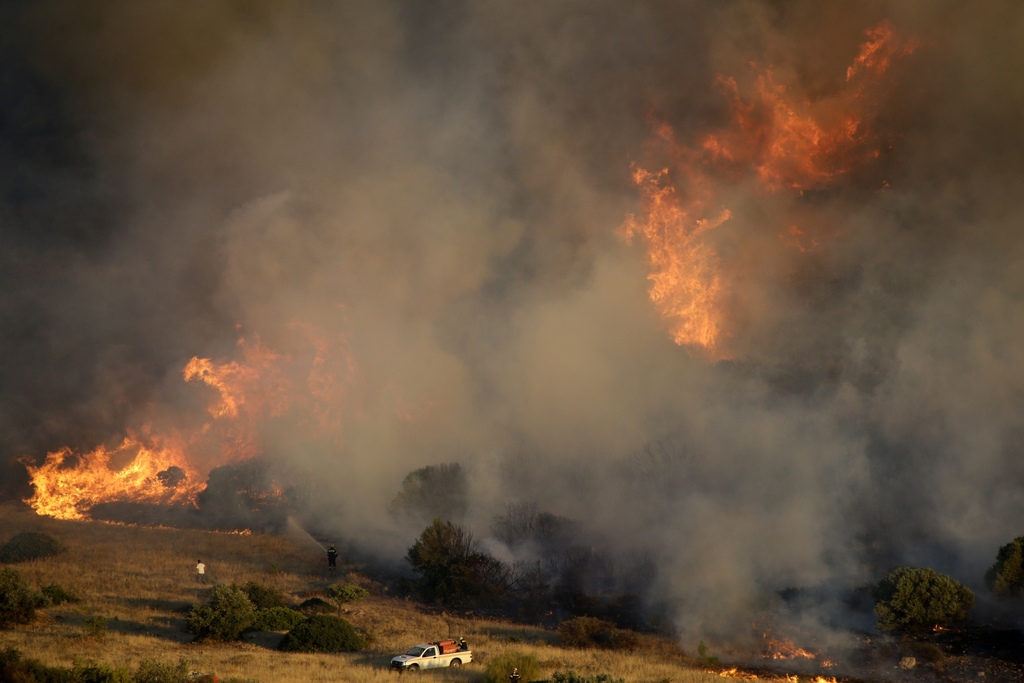 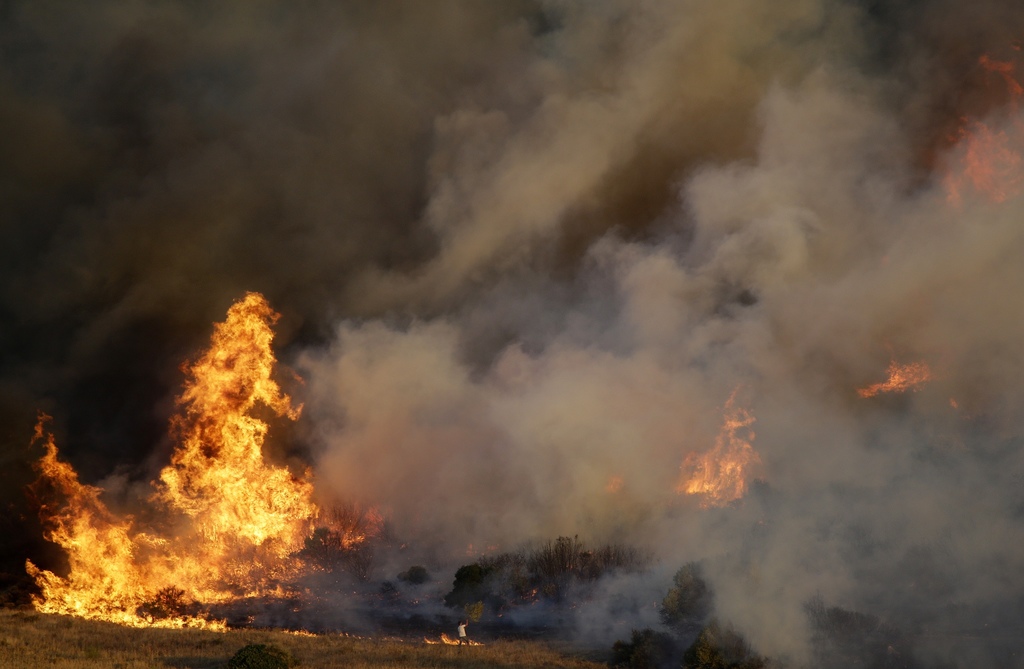 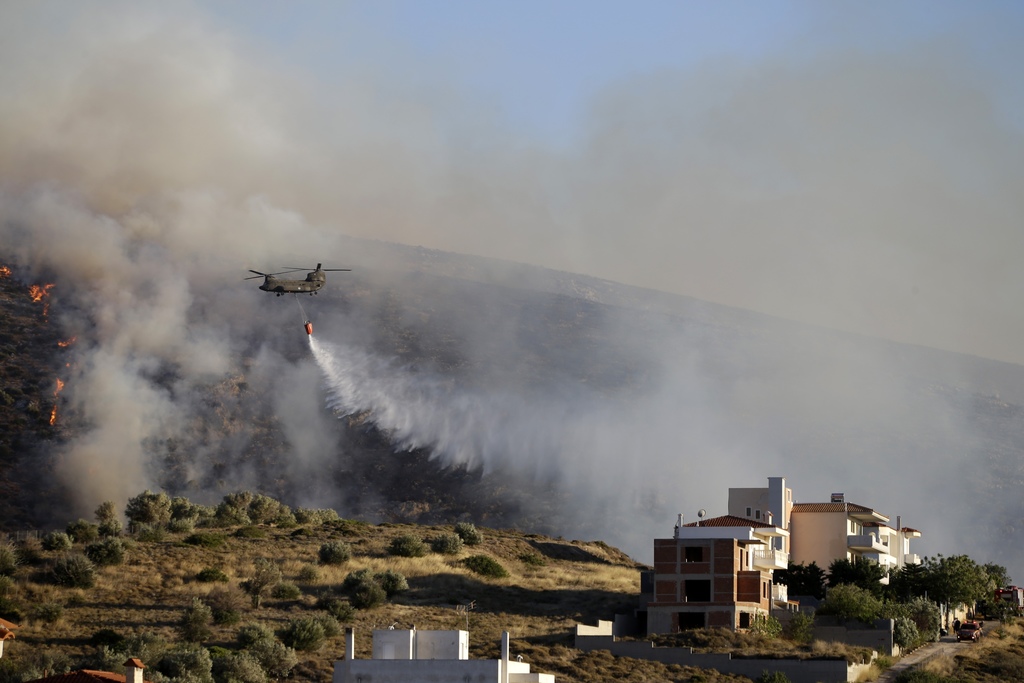 PARIS (AP) — The Latest on summer wildfires breaking out across Europe (all times local):

Three firefighters have been hospitalized with burns and local authorities have issued an evacuation order for residents near a seaside town south of Athens as a wildfire threatens homes in high winds.

About 100 people were initially affected by the order for homes near Kalyvia, some 40 kilometers (25 miles) south of Athens, officials from the local mayor's office said.

The fire burned two cars and damaged a firetruck, they said. About 70 firefighters and volunteers were involved in the effort along with two water-dropping helicopters.

Winds up to 60 kph (37 mph) were hampering the firefighting effort, while temperatures in the area reached 35 degrees Celsius (95 degrees Fahrenheit).

After ravaging northern Corsica, wildfires are now raging in the southern half of the French Mediterranean island, approaching the famous hikers' route known as the GR20.

Parts of a fire around Palneca, a stop on the GR20, were inaccessible to firefighters on the rocky terrain, the newspaper Corse-Matin reported on Thursday, a day after fires started there and in Appietto.

The prefect of southern Corsica said that planes were brought in to dump water and retardant plus three helicopters to fight the blazes in Palneca and Appietto. Both locations are north of Ajaccio, the capital.

Authorities put out warnings about soaring temperatures expected in Corsica and the southern French mainland, a crucial ingredient for wildfires, which are also fanned by high winds.