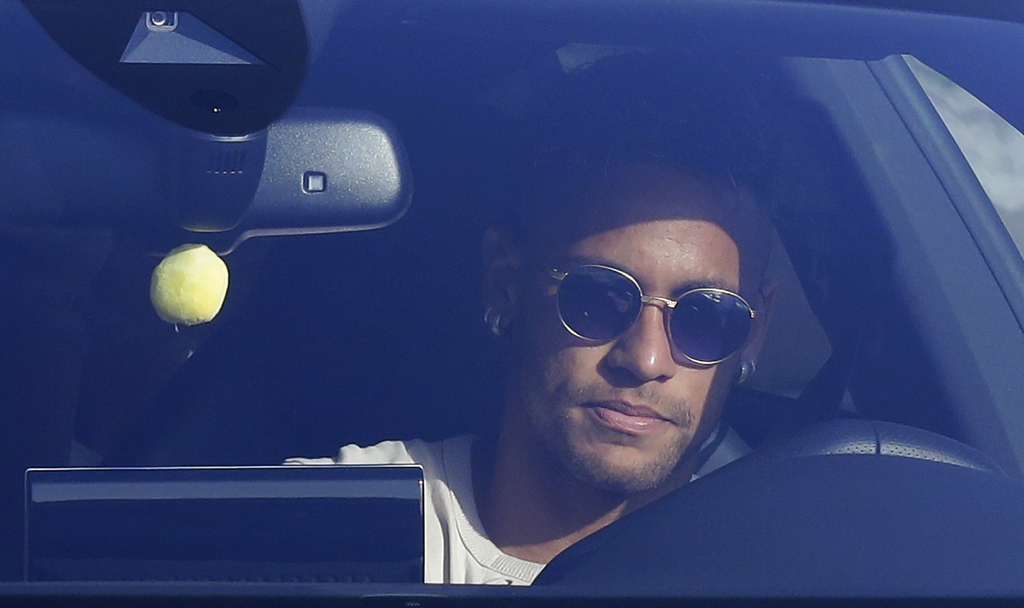 Macron met with PSG President Nasser al-Khelaifi on the sidelines of a charity event Thursday, and told him "congratulations, I understand there's been some good news."

Al-Khelaifi responded only with a big smile.

While neither mentioned Neymar's name, it's been all over French media and social networks since the striker announced his departure from Barcelona Wednesday after four trophy-filled seasons.

Neymar is expected in Paris in the coming days.

France's budget minister also has reason to celebrate. Gerald Darmanin said Thursday on France-Inter radio "It's better that this football player pays his taxes in France than elsewhere."