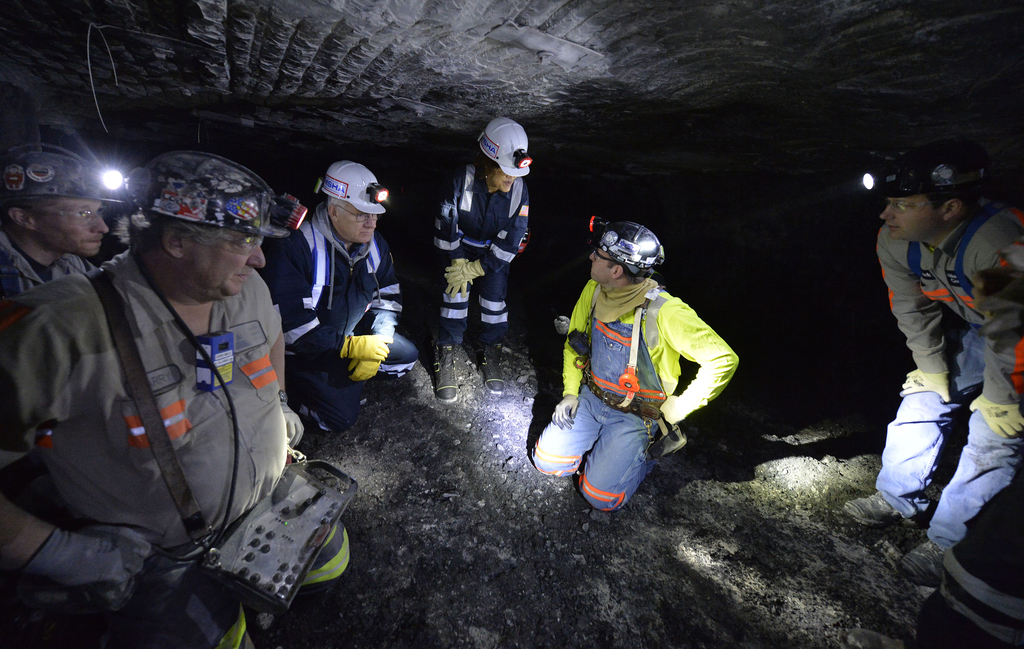 LOUISVILLE, Ky. (AP) — Deaths in U.S. coal mines this year have surged ahead of last year's, and federal safety officials say workers who are new to a mine have been especially vulnerable to fatal accidents.

But the nation's coal miner's union says the mine safety agency isn't taking the right approach to fixing the problem.

Ten coal miners have died on the job so far this year, compared to a record low of eight deaths last year.

The U.S. Mine Safety and Health Administration is responding to the uptick in deaths with a summer initiative, sending officials to observe and train miners new to a particular mine on safer working habits. The push comes during a transition for the agency, amid signals from President Donald Trump that he intends to ease the industry's regulatory burden.

The miner's union, the United Mine Workers of America, says the agency initiative falls short. It notes federal inspectors who conduct such training visits are barred from punishing the mine if they spot any safety violations.

"To take away the inspector's right to issue a violation takes away the one and only enforcement power the inspector and the agency has," UAW president Cecil Roberts wrote in a recent letter to the federal agency.

Patricia Silvey, a deputy assistant secretary at the Mine Safety and Health Administration, or MSHA, said eight of the coal miners who died this year had less than a year's experience at the mine where they worked.

"We found from the stats that category of miners were more prone to have an accident," Silvey said in an interview with The Associated Press before the 10th death occurred at mine in Pennsylvania on July 25.

Silvey pointed to a death last May at West Virginia's Pinnacle Mine where a miner riding a trolley rose up and struck his head on the mine roof. She said the fatality could have been due to the miner's unfamiliarity with the mine. The miner had worked there nine weeks, according to an accident report. And in the most recent death, a miner less than two weeks into the job at a mine in eastern Pennsylvania was run over by a bulldozer July 25.

The mine safety agency's injury numbers show that workers who were new to a mine had more than double the injuries. Going back to October 2015, miners who worked at a specific mine less than a year suffered 903 injuries, compared to 418 for miners working at a mine one to two years.

The mine safety agency says it will visit mines and "offer suggestions" on training miners who have been at a mine less than a year. Silvey said the union is correct that inspectors won't be writing safety violations, but that the initiative "has in no way undermined our regular inspection program."

The miner's union said the federal agency should not expect safety suggestions to carry the same weight as citations and fines.

"To believe that an operator will comply with the law on their own free will is contrary to historical experience and naive on MSHA's part," the letter said.

A former MSHA official said the agency would be "tying the hands" of inspectors if they don't allow them to write citations on the training visits.

"The record low fatal injury rate among coal miners in recent years is because of strong enforcement of the law," said Celeste Monforton, who served on a governor-appointed panel that investigated West Virginia's 2010 Upper Big Branch mine disaster that killed 29 miners. There were 12 coal mining deaths in 2015 and 16 in 2014.

"It would be a disgrace to see that trend reversed," she said.

Phil Smith, a spokesman for the miner's union, said the union's safety department met recently with MSHA on the dispute, but MSHA maintained it has the authority to conduct observation visits without enforcement.

"I know one thing, it's a presidential appointment," she said.