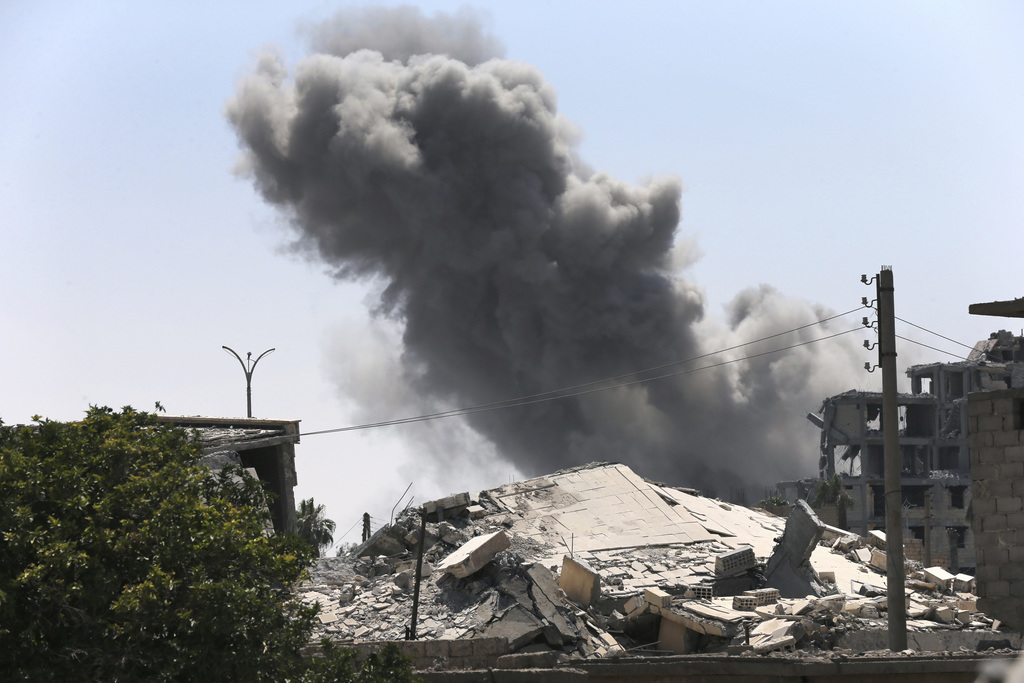 MOSCOW (AP) — Russia's Defense Ministry says a cease-fire has been agreed on in another of the four planned safe zones in war-torn Syria.

The ministry's spokesman, Maj. Gen. Igor Konashenkov, says the truce should go into effect at noon on Thursday in the rebel-held area north of the city of Homs.

Earlier, truces have already gone into effect in other areas of the four zones.

The truces are taking hold even as U.S.-backed Syrian opposition forces are battling to rout Islamic State militants from their self-declared capital of Raqqa.

Russia and Iran, both supporters of Syrian President Bashar Assad, and Turkey, which backs rebels fighting Syrian government forces, agreed on a plan in May to establish four "de-escalation" zones in Syria, pressing Assad's air force to halt flights over the designated areas.