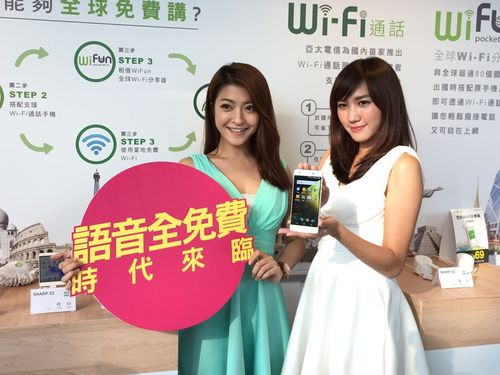 Asia Pacific Telecom Co. (亞太電信), one of the major telecom service providers in Taiwan, has copped a fine of NT$1 million (US$33,003) for the poor quality of its 3G service, the National Communications Commission (NCC) said Wednesday.

NCC spokesman Wong Po-tsung (翁柏宗) said Asia Pacific Telecom shut down some of its 3G Code Division Multiple Access (3G CDMA) base stations without notifying its subscribers and that the closures had resulted in poor signal transmission.

The NT$1 million fine against Asia Pacific Telecom is the first penalty imposed in Taiwan for such a violation, according to the NCC.

Asia Pacific Telecom's explanation that it had shut down the base stations to speed up transition from 3G to 4G services was "unacceptable," Wong said.

He said the company should have sought to protect the interests of its 2,000-plus 3G subscribers by informing them of its plan to shut down the base stations.

With the closure of the company's base stations, the 3G population coverage ratio has dropped to 46.9 percent nationwide, well below the minimum standard of 75 percent, which has affected the quality of the signal, the NCC said.

According to Wong, Asia Pacific Telecom has submitted an application to terminate its 3G services before 2018, which is the date when the NCC plans to end all 3G services in Taiwan.

The application is still under review, Wong said, adding that the NCC wants to ensure that the interests of subscribers will be protected during the termination process.

Meanwhile, Asia Pacific Telecom said that its 3G CDMA base stations are high energy consuming and will undermine the country's efforts to cut carbon emissions.

The company said it is offering an incentive package, including discounts on phones and competitive monthly rates, to encourage its 3G users to upgrade to 4G.

Currently, Asia Pacific Telecom has a 4G subscriber base of 1.71 million.