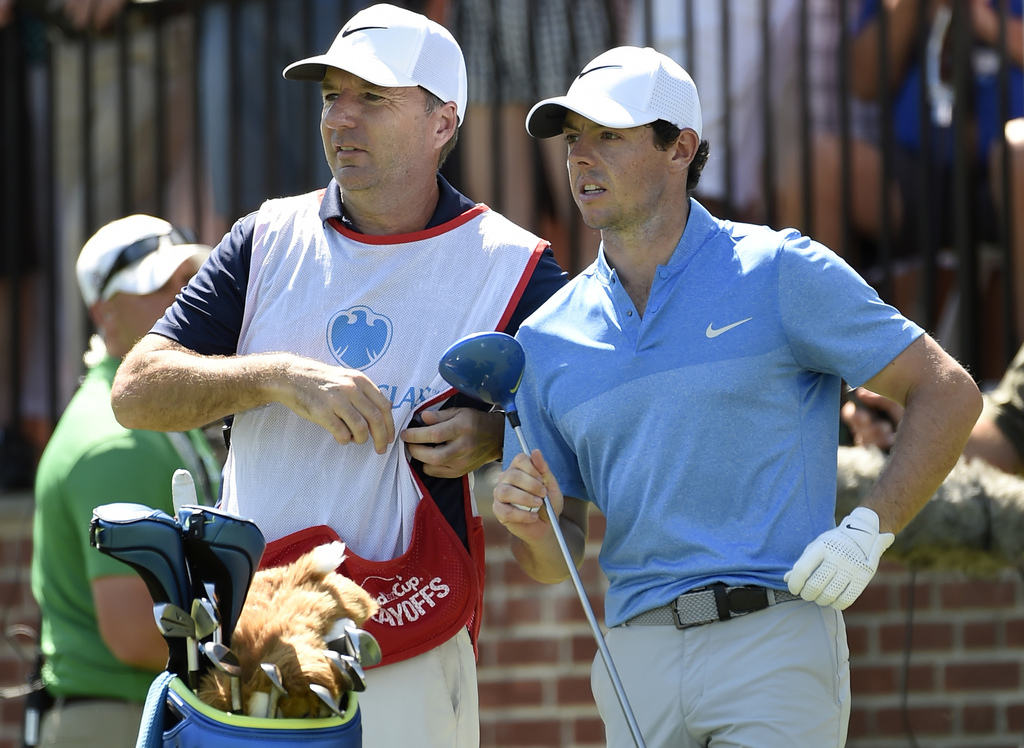 AKRON, Ohio (AP) — Jordan Spieth will get his first crack at the career Grand Slam next week at the PGA Championship.

For now, he goes after a hat trick.

With so much attention on Spieth's victory in the British Open and the prospect of the 24-year-old Texan becoming the youngest player to have all four majors, it's easy to overlook that he hasn't lost a tournament in six weeks.

OK, he's only played twice since then, but he won them both. His playoff victory in the Travelers Championship was famous for his bunker shot and body bump with his caddie. And then at Royal Birkdale, he won with a bogey from the driving range, a near ace and a 50-foot eagle putt .

Next up is the Bridgestone Invitational in a busy week for golf.

This will be the third time Spieth has a shot at three straight victories. He won the Australian Open and Hero World Challenge at the end of 2014 (and tied for seventh in the Phoenix Open to start the next year). He won the U.S. Open and John Deere Classic in 2015, only to miss a playoff at the British Open by one shot.

The Bridgestone Invitational won't be easy. It's a 7,400-yard course that plays to a par 70. Three of the last four champions are Tiger Woods, Rory McIlroy and Dustin Johnson. Spieth tied for third last year, but only because he closed with a 67 to make up ground late in the tournament.

The rest of the PGA Tour that isn't eligible for the World Golf Championship are in the high altitude of Reno, Nevada, for the Barracuda Championship. The best women in the world are in Scotland for the Ricoh Women's British Open at Kingsbarns. And the biggest star is at the Web.com Tour event in California. That would be Stephen Curry, playing on a sponsor's exemption.

Two players are claiming to be the defending champion at Firestone.

McIlroy won in 2014, two weeks after he won the British Open, by overcoming Sergio Garcia in the final round. McIlroy missed the following year when he injured his ankle playing soccer, and he didn't play last year because the Bridgestone Invitational was opposite the French Open during a crammed summer built around the Olympics.

Johnson is the real defending champion, two weeks after he won the U.S. Open, and it was a familiar tale. He trailed Jason Day only for the Australian to crumble in the trees and water down the stretch.

Johnson posed Wednesday with all four World Golf Championships trophies. He is the only player with a Grand Slam of WGCs. For now, that will have to do.

Spieth, meanwhile, has never won a WGC event. It won't be long before some wag refers to him as the best to have never won a World Golf Championship.

So Yeon Ryu is the only player with multiple victories on the LPGA Tour this year, and the No. 1 player in women's golf has a chance to deliver a sweep of British majors. Not for her, but for her coach.

She works with Cameron McCormick, the same Australian coach who has been teaching Jordan Spieth since he was 12.

The Women's British Open is played this year at Kingsbarns, just down the North Sea coast from St. Andrews, a cliffside course designed by American Kyle Phillips. The last eight LPGA majors have been won by eight players, so Ryu and defending champion Ariya Jutanugarn will try to end that streak (just like Spieth ended the streak of seven different major champions on the men's circuit).

Kingsbarns is missing the history of the Old Course (by about 500 years). Its short history includes a memorable shot by one of the world's biggest stars — Michael Phelps, who once made a 150-foot putt during the Dunhill Links Championship.

Montreaux Golf & Country Club sits amid the snow-capped mountains of Reno, and it's hard to forget the story — possibly fictitious — involving happy-go-lucky Chris Riley. He questioned whether that was really snow on the mountains. As the tale goes, Riley didn't believe it because it was warm that day and mountains were closer to the sun.

"I don't remember that one," Riley said with enough of a smile that suggested he didn't forget.

The modified Stableford format is used, awarding 8 points for an albatross, 5 points for an eagle, 2 points for a birdie. One point is deducted for a bogey, three points for double bogey or worse. And yes, the albatross is in play. Rhein Gibson made one last year.

The best men are at Firestone. The best women are in Scotland.

At least for one day, both might get second billing to someone who probably won't come close to breaking par. Curry buries plenty of 3s for the Golden State Warriors. He'll need plenty of those on his scorecard at the Web.com Tour event.

Curry is not the first athlete to try his hand in golf. And he won't be the first one to fail. But it's hard to argue about the attention he'll bring to a tournament that raises money for the Warriors Community Foundation.