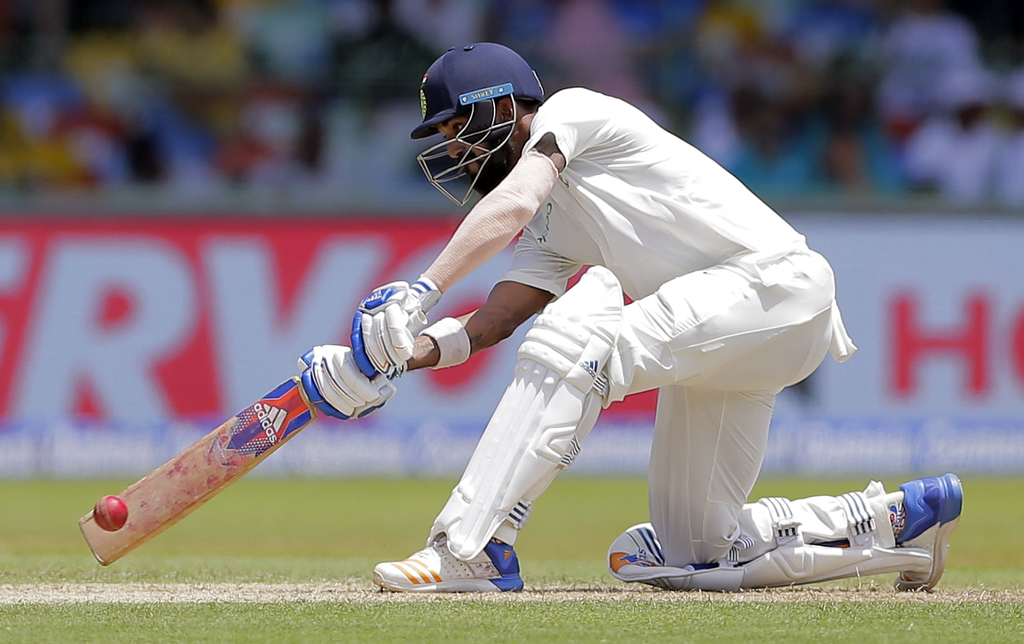 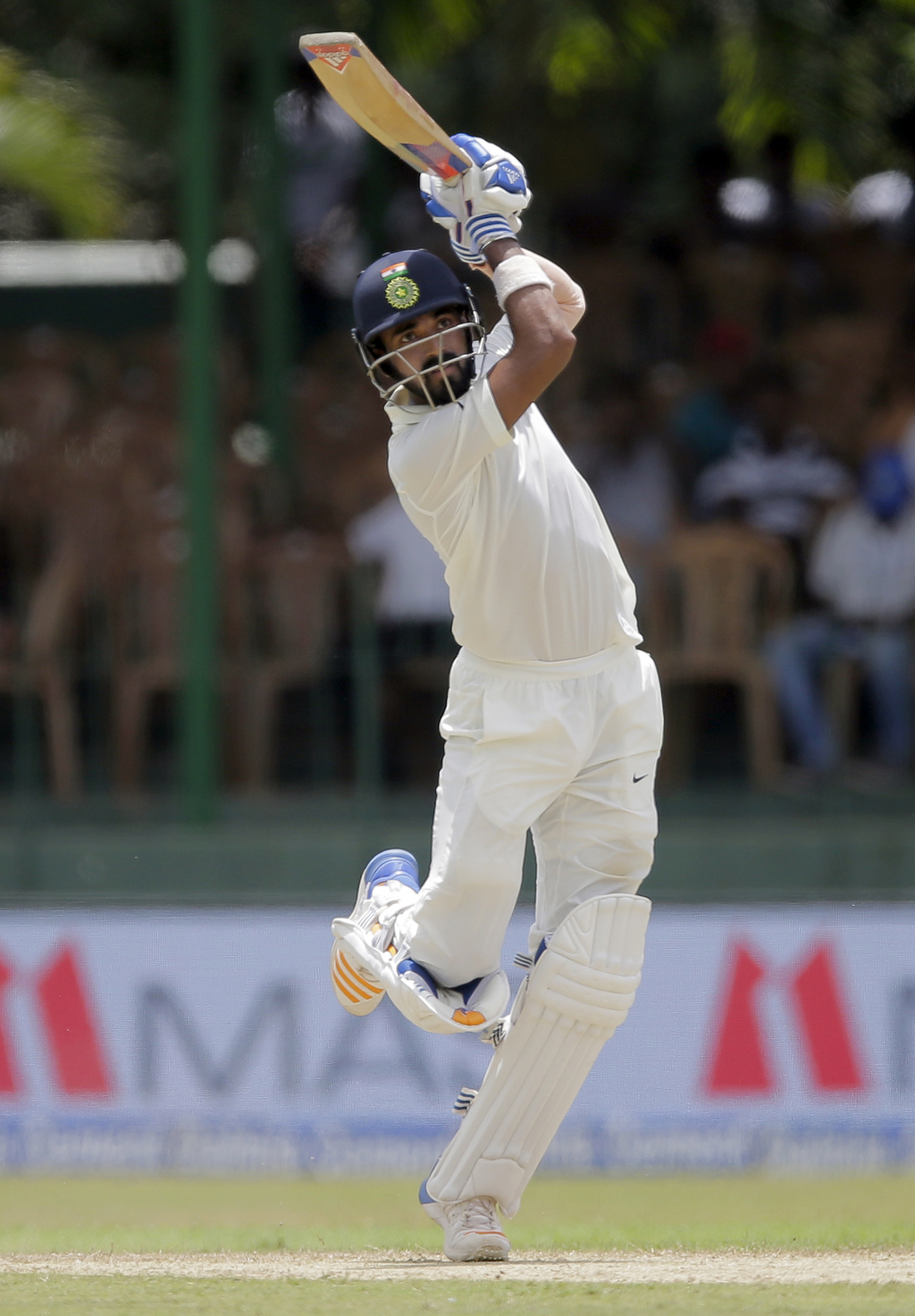 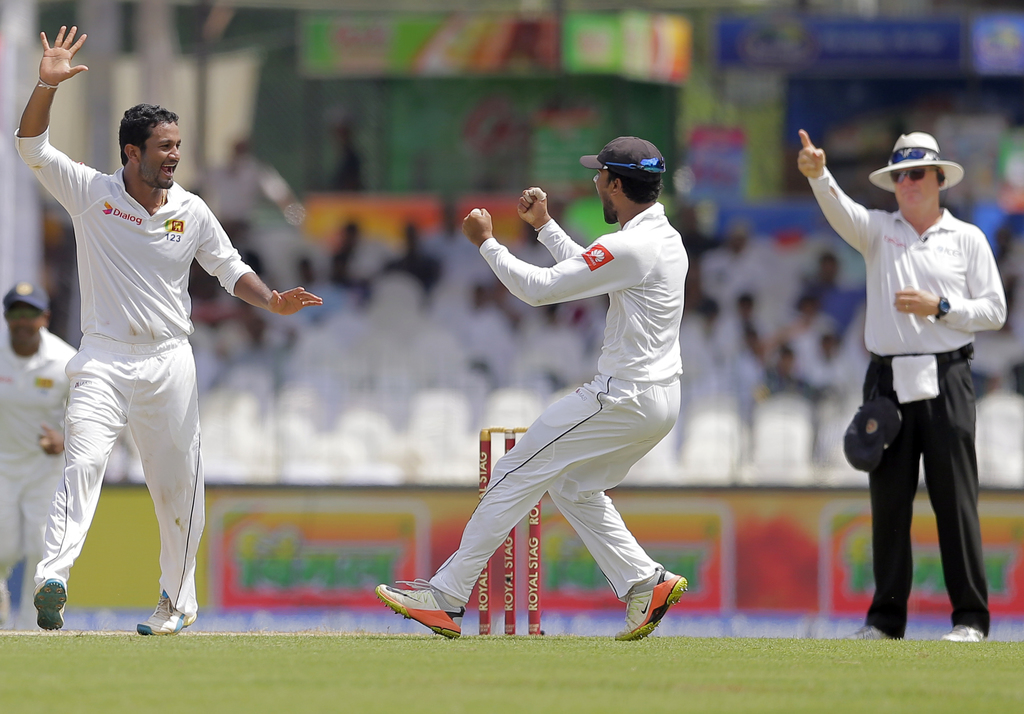 COLOMBO, Sri Lanka (AP) — Opener Lokesh Rahul scored an unbeaten half-century as India reached 101 for one in the opening session of the second cricket test against Sri Lanka.

Rahul, who returned to the lineup after missing the first test because of illness, was batting on 52 at the lunch break.

Captain Virat Kohli backed Rahul's immediate recall despite India's emphatic 304-run victory in the series-opener at Galle, and the opener delivered with his eighth half-century in 18 tests. He faced 73 deliveries and hit seven boundaries.

Cheteshwar Pujara was batting with him on 14 at the interval.

Kohli opted to bat first after winning the toss Thursday at the Sinhalese Sports Club and his openers put on 56 for the first wicket.

Shikhar Dhawan was out after his typically aggressive 35 off 37 deliveries contained five boundaries and a six. Off spinner Dilruwan Perera got the first wicket with an lbw decision against Dhawan.

Sri Lanka made three changes to its lineup after the opening loss, with captain Dinesh Chandimal recovering from pneumonia to replace Dhananjaya de Silva. Left-arm spinner Malinda Pushpakumara was picked for his international debut.