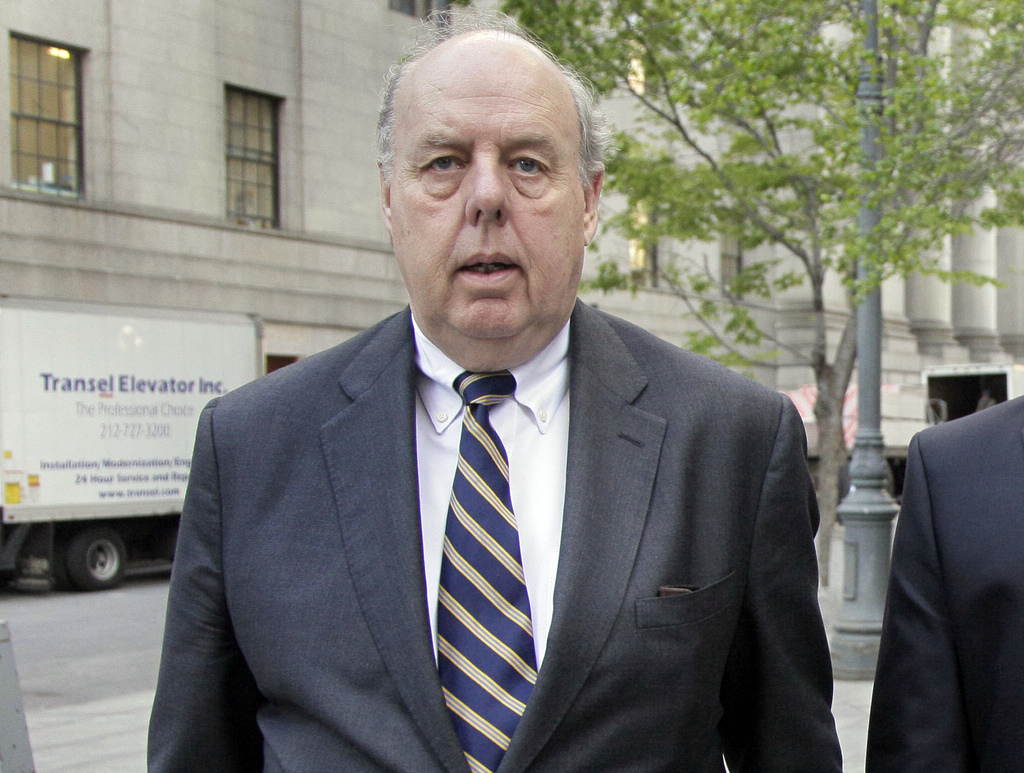 WASHINGTON (AP) — One of the key lawyers in President Donald Trump's corner navigated a popular United States senator through crisis, produced a damning investigative report that drove a baseball star from the game and, early in his career, took on organized crime as a Justice Department prosecutor.

John Dowd, a retired Marine Corps captain with a deep voice, has played a role in some of the defining legal quagmires of the last four decades — among them, the Iran-Contra affair, the Keating Five, the Enron collapse and a scandal over the firing of U.S. attorneys.

It's no surprise that such battle-tested experience would be attractive to a White House needing legal talent to grapple with investigations into potential Russia ties by congressional committees and Special Counsel Robert Mueller. And his scorched-earth, aggressive professional style and a bombastic streak — he cursed at a journalist who approached him for comment and is currently being sued for defamation by Pete Rose— is in some ways keeping with the president's own pugnaciousness.

"He's a fighter, he's a street fighter," said veteran Washington lawyer Brendan Sullivan, who has known Dowd for decades. "And he tempers it all with good judgment. He finds solutions to problems — which is what lawyers should be doing."

Dowd assumed a more prominent place on the legal team after another lawyer, Marc Kasowitz, took a reduced role. The lawyers have been evaluating potential conflicts of interest among Mueller's team, including the political affiliation of investigators and past work history, people familiar with the effort have said. The White House has also acquired a new special in-house counsel, respected attorney Ty Cobb, as it confronts legal probes that have shadowed the administration and stunted its agenda.

It's a challenging assignment given Trump's tendencies, on Twitter and in interviews, to act as his own adviser and to undercut conventional legal wisdom through hasty proclamations and actions.

But in an interview with The Associated Press, Dowd contended that "all clients have personalities that they bring to the table" and rejected the public perception of the president as a difficult client. Despite his own aggressive lawyering, including a history of occasionally combative language about investigations and the people who run them, Dowd said he knew how to adapt his own style to the circumstances of a case.

For Dowd, who grew up inspired by tales of legendary lawyer Clarence Darrow, the Trump case is the most high-profile assignment in a career that's had many.

He was retained by Major League Baseball to investigate Rose on gambling allegations and concluded in a comprehensive and thorough report that the player had indeed bet on the sport. The 1989 document known as the Dowd Report, which relied on telephone and bank records and extensive interviews, led to Rose being banned from the game. He donated that report to his law school alma mater, Emory University, where he's remained active in student recruitment and clinics.

Soon after, he was by the side of Sen. John McCain during the Keating Five banking scandal in which a group of lawmakers, including the Arizona Republican, accepted contributions from a wealthy banker ultimately accused of swindling investors. Though McCain expressed contrition as he ran for president in 2008, Dowd struck a more defiant tone, telling reporters on a conference call before the election that the senator was the "victim of a classic political smear job."

He's been similarly protective of other high-profile clients, representing a witness who secured an immunity deal from Congress in the Iran-Contra affair and a Justice Department official who exercised her Fifth Amendment right against self-incrimination in refusing to testify to lawmakers. Earlier in his career, he served on a Justice Department organized crime task force and says he tried the first prosecution of the federal racketeering, or RICO, statute.

Lawyers who have worked with Dowd describe him as savvy and experienced, fiercely protective of his clients, proud of his military background and eager to confront the government in court.

Most recently, he was the trial attorney for Raj Rajaratnam, a hedge fund founder convicted in 2011 of insider trading. Lawyers involved in the case say Dowd ran a disciplined defense team that fought for years, filing dozens of motions during and before the trial, accusing agents of knowingly making false statements and working strenuously but ultimately unsuccessfully to keep damaging wiretap evidence out of the trial.

He's made occasional headlines for conduct outside of court.

YouTube videos show him cursing and extending a middle finger at a journalist who approached him for comment outside the courthouse during the Rajaratnam case. After Dowd was identified in June as Trump's lawyer, Preet Bharara — the former U.S. attorney in Manhattan whose office tried the Rajaratnam case and who was fired by Trump — tweeted a video of the exchange.

Dowd was sued by Rose in federal court last year after intimating in a radio interview that Rose had underage girls sent to him during baseball spring training. Dowd sought to have the case dismissed, but a judge has allowed elements of the suit to move forward. An unidentified woman submitted a court filing Monday saying that she had a sexual relationship with Rose in the 1970s starting when she was 14 or 15. Rose has acknowledged having a relationship with the woman beginning when she was 16, the age of consent in Ohio, and his lawyer said the woman's claims are unverified.

Dowd's supporters say the ex-military man with the blunt speaking style and fighting spirit might be a comfort to Trump during a legal fight that threatens the heart of his administration.

"He's an old Marine, and in a difficult hour, he's who you want in your corner, I'll say that," said Washington lawyer Jim Sharp.