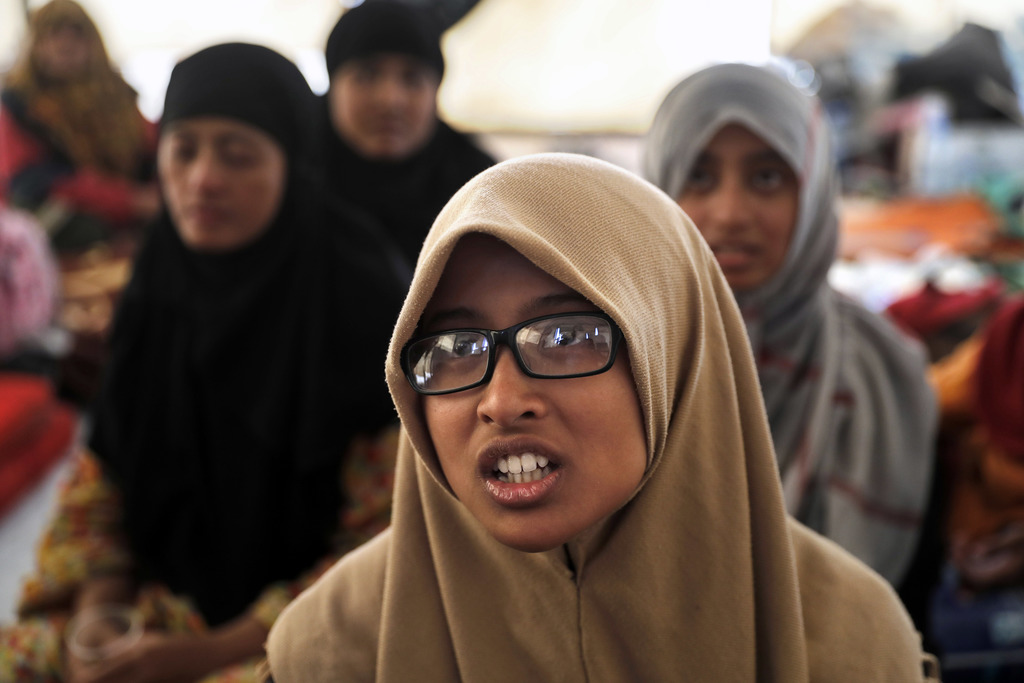 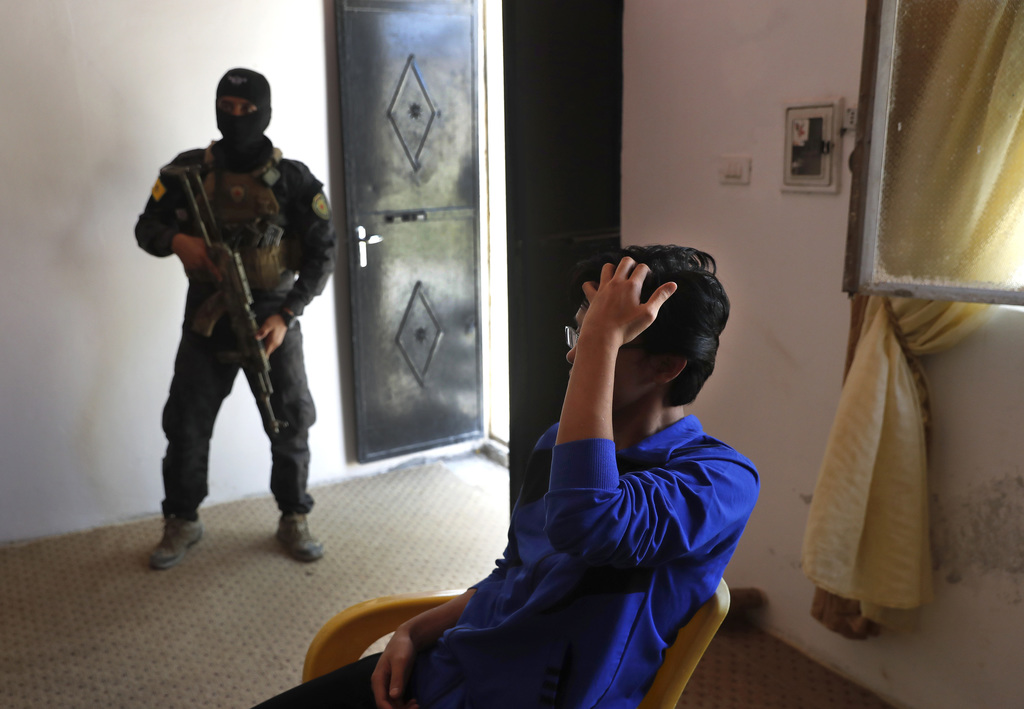 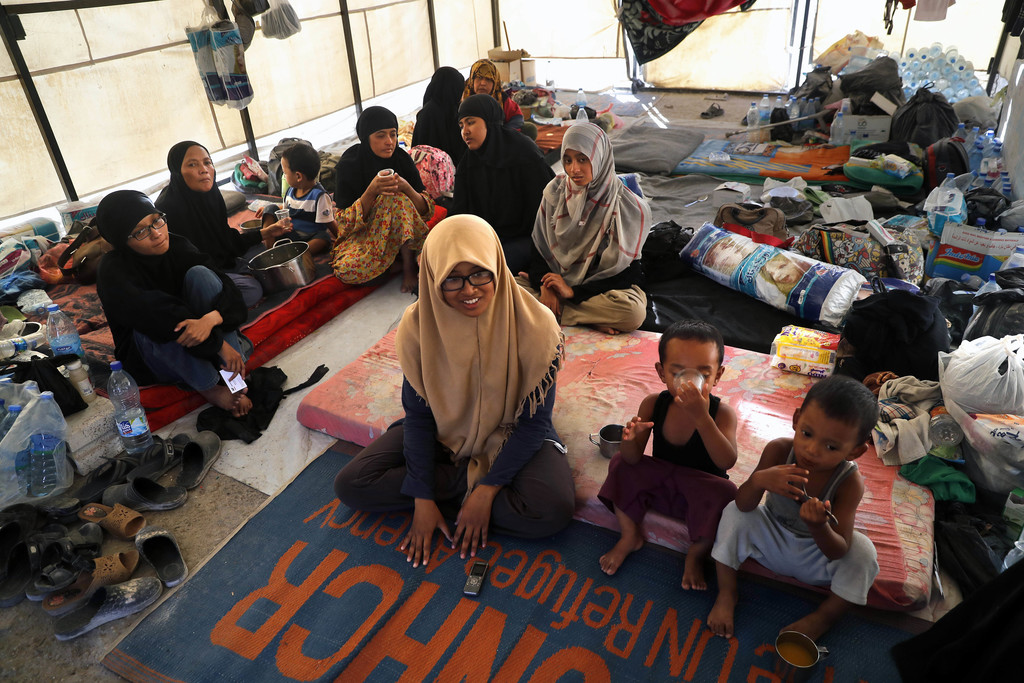 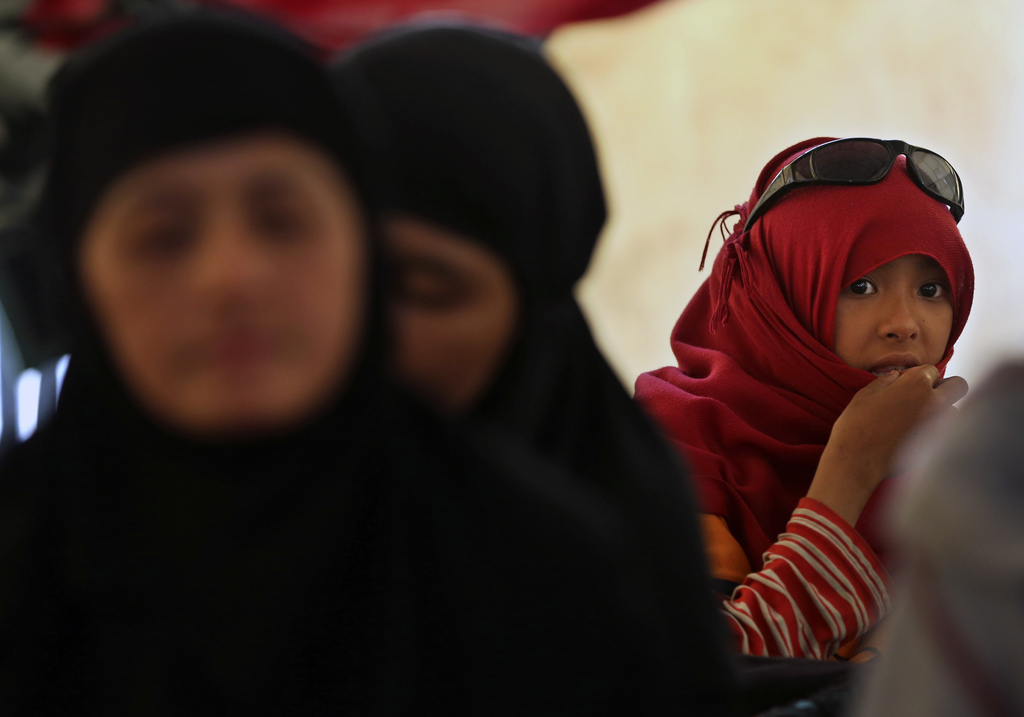 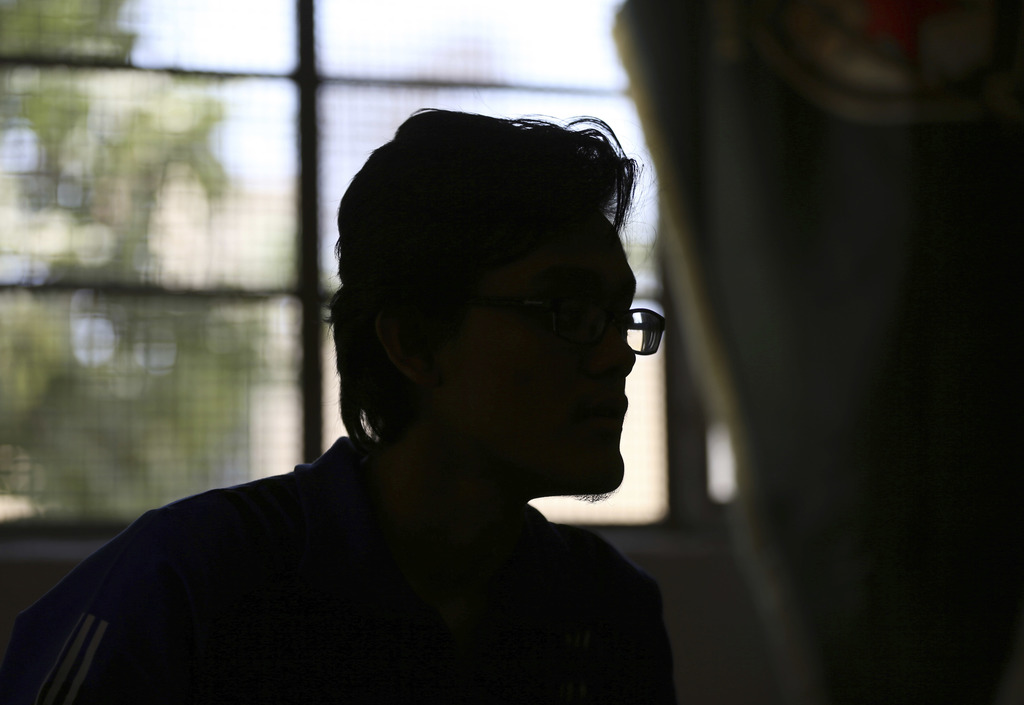 AIN ISSA, Syria (AP) — The 17-year old Indonesian girl made a persuasive case to her family: lured by what she had read online, she told her parents, sisters, aunts, uncles and cousins they should all move to Syria to join the Islamic State group.

Each of her two dozen relatives found something in it for them. Free education and health care for the girls. Paying outstanding debts for her father and uncle, finding work for the youngest men.

And the biggest bonus: a chance to live in what was depicted as an ideal Islamic society on the ascendant.

It didn't take long before their dreams were crushed and their hopes for a better life destroyed as each of those promised benefits failed to materialize. Instead, the family was faced with a society where single women were expected to be married off to IS fighters, injustice and brutality prevailed, and a battle raged in which all able-bodied men were compelled to report to the frontline.

In an interview with The Associated Press, Nurshardrina Khairadhania, now 19, recalled her family's fateful decision to immigrate to the IS stronghold of Raqqa two years ago — and how, only months later, their bid to escape began.

During that time the family endured separation, her grandmother died and an uncle was killed in an airstrike.

"IS shared only the good things on the internet," said the young woman, who goes by her nickname, Nur.

She now lives with her mother, two sisters, three aunts, two female cousins and their three young sons in Ain Issa, a camp for the displaced run by the Kurdish forces fighting to expel IS from Raqqa. Her father and four surviving male cousins are in detention north of there. While the men are being interrogated by the Kurdish forces for possible links to IS, the women wait in a tent in the searing heat, hoping for the family to be reunited and return to their home in Jakarta.

Nur's family is among thousands from Asia, Europe, Africa, North America and the Middle East who chased the dream of a new Islamic society advertised by IS in slickly produced propaganda videos, online blogs and other social media.

Nur recalled calling her family together just months after the extremists' declared their "caliphate" on territory seized in Syria and Iraq in the summer of 2014.

Making her pitch, she recounted the benefits laid out on the IS blogs: her 21-year-old sister could continue her computer education for free. Her 32-year-old divorced cousin, Difansa Rachmani, could get free health care for herself and her three children, one of whom was autistic. Her uncle could get out from under the debt he incurred trying to save a struggling auto mechanic business in Jakarta — and could even open a new one in Raqqa, where mechanics were in high demand to build car bombs, the extremists' signature weapon.

For Nur, the Islamic State seemed to be the perfect place to pursue her desire to study Islam and train to be a health practitioner.

"It is a good place to live in peace and justice and, God willing, after hijrah, we will go to paradise," she recalled thinking, using the Islamic term for migration from the land of persecution to the land of Islam. "I wanted to invite all my family. ... We went to be together forever, in life and afterlife."

The family sold their house, cars and gold jewelry, collecting $38,000 for the journey to Turkey and then on to Syria.

But once in Turkey, the first quarrels began, over how or even whether to sneak into Syria. Seven relatives decided to head out on their own and were detained by the Turkish authorities while trying to cross the border illegally. They were deported back to Indonesia where, the family says, they remain under surveillance because the rest of their relatives had lived in IS territories.

The saga of family separation had only just begun, however.

After arriving in Islamic State group territory in August 2015, the family was divided again: the men were ordered to take Islamic education classes, and ended up jailed for months because they refused military training and service. After their release, they lived in hiding to avoid forced recruitment or new jail sentences. The women and girls were sent to an all-female dormitory.

Nur was shocked by life in the IS-run dormitory. The women bickered, gossiped, stole from each other and sometimes even fought with knives, she said. Her name and those of her 21-year-sister and divorced cousin were put on a list of available brides circulated to IS fighters, who would propose marriage without even meeting them.

"IS wants only three things: women, power and money," she and her cousin, Rachmani, said in unison.

In a separate, monitored, interview with the AP at a security center run by Kurdish forces in Kobani, north of Raqqa, where he and the other male family members were being questioned for possible IS ties, her 18-year-old cousin said that living under the extremists was like living in "prison."

"We (didn't) want to go to Syria to fight," he said, speaking on condition of anonymity for fear of retribution from IS or trouble with the Kurdish authorities or those back home in Indonesia. "We just wanted to live in an Islamic state. But it is not an Islamic state. It is unjust, and Muslims are fighting Muslims."

IS officials ignored Nur's persistent queries about continuing her education in Raqqa. And because they refused to enroll in military service, the men never got the jobs they had been promised. When the battle for Raqqa intensified in June, IS militants set up checkpoints around the city, searching for fighters and came looking for the men.

Rachmani did get free surgery for a chronic neck ailment and her son got attention for his autism and was finally able to walk. Soon after the family's arrival, she was sent to the then-IS stronghold of Mosul in Iraq for the surgery.

"I left my country for my stupid selfish reason. I wanted the free facilities," Rachmani said. "Thank God I got my free (surgery) but after that all lies."

The family searched for months for a way to escape, a risky endeavor in the tightly controlled IS territory.

When the Kurdish-led campaign to retake Raqqa from IS intensified in June, the family finally saw their opportunity. At great personal risk, Nur used a computer in a public internet cafe to search for "enemies of IS," despite the danger posed by frequent raids carried out by IS there. She contacted activists and eventually found smugglers, who, for $4,000, got the family cross the frontline and into Kurdish-controlled territory. They turned themselves in to Kurdish forces on June 10.

An Indonesian Foreign Ministry official said authorities have known for several months about the presence of Indonesian nationals, including Nur's family, in the Ain Issa camp and were investigating their condition.

"However, they have been two years living in the IS area, so the risk assessment of them is required and we have been facing obstacles to reach them as they are in an area not controlled by any official government, either Iraq or Syria," said Lalu Muhammad Iqbal, the ministry's director of Indonesian citizen protection.

"I am very regretful. I was very stupid and very naive. I blame myself," Nur said of the family's plight. "May God accept my repentance because you know ... it is not like a holiday to go to Turkey. It is a dangerous, dangerous trip."