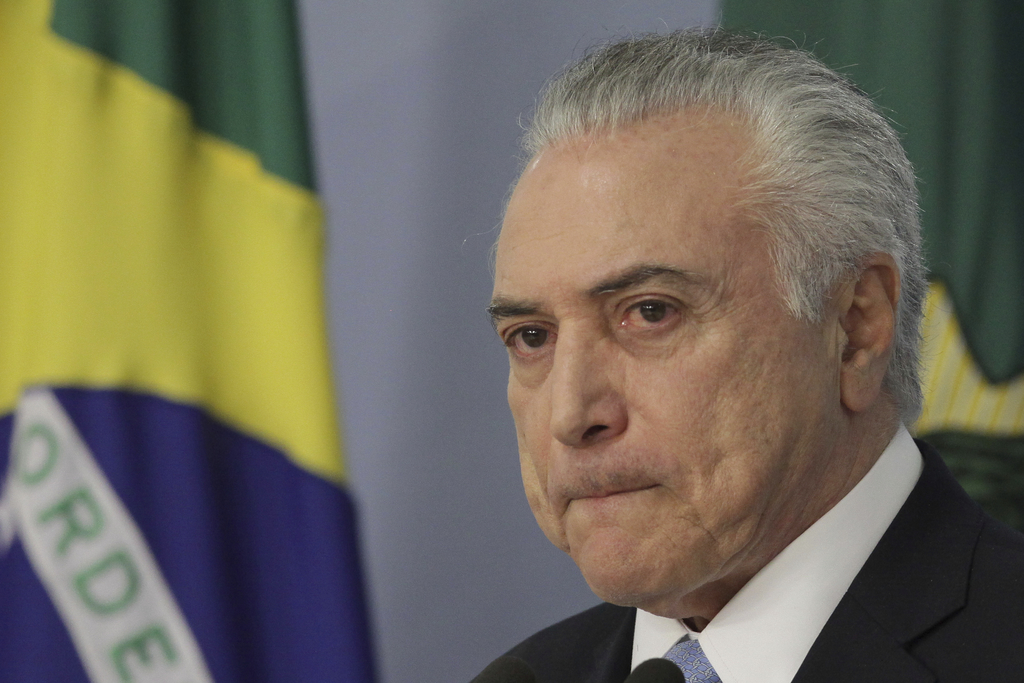 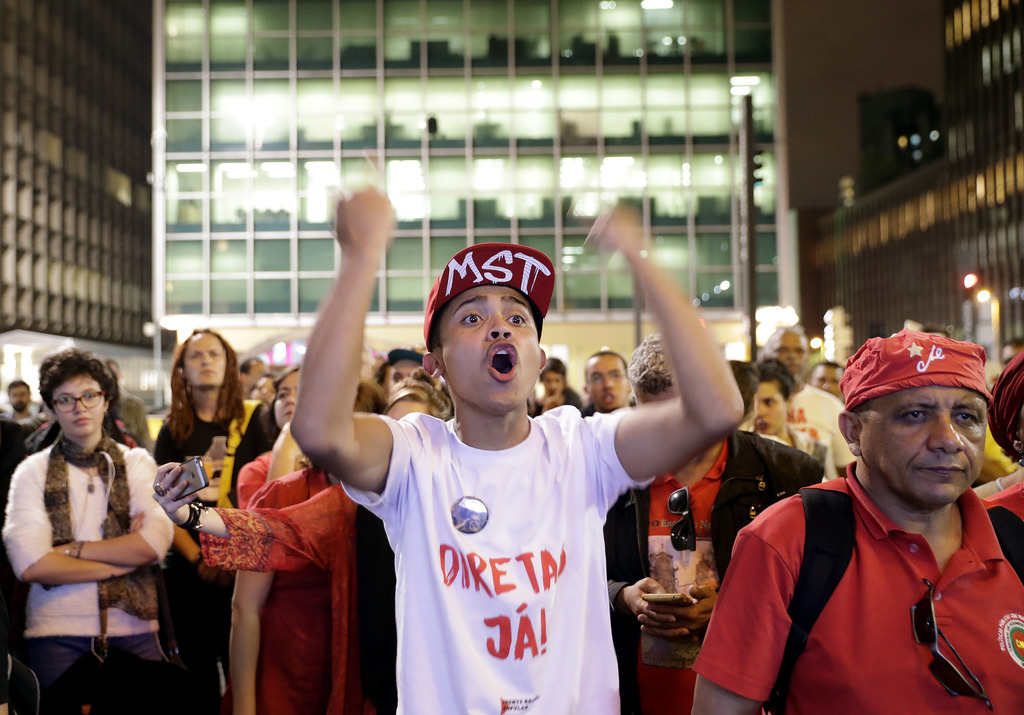 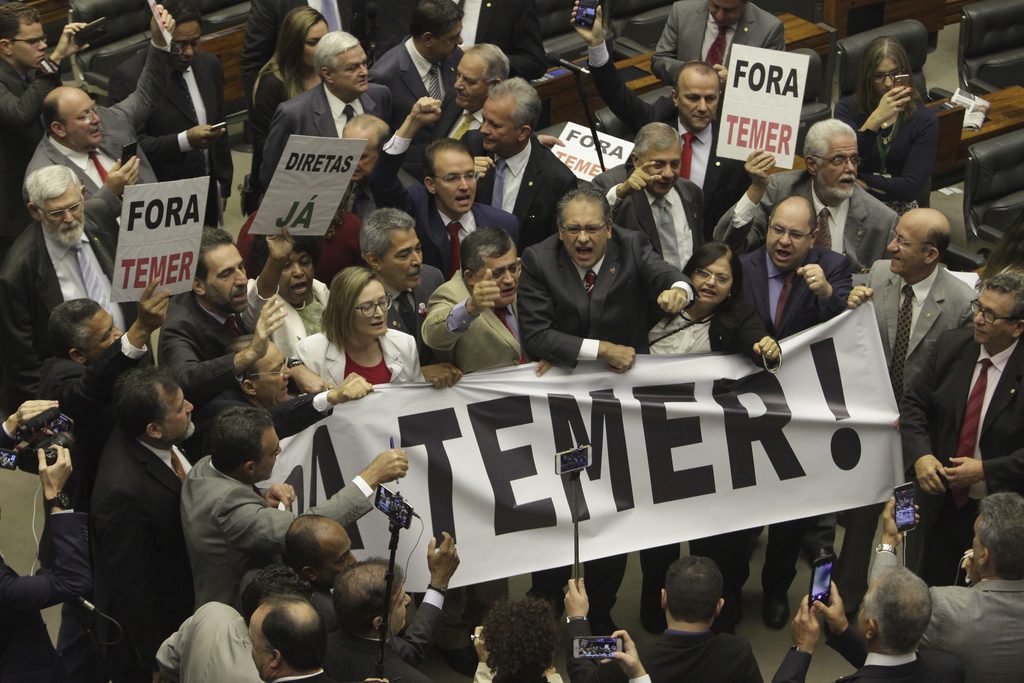 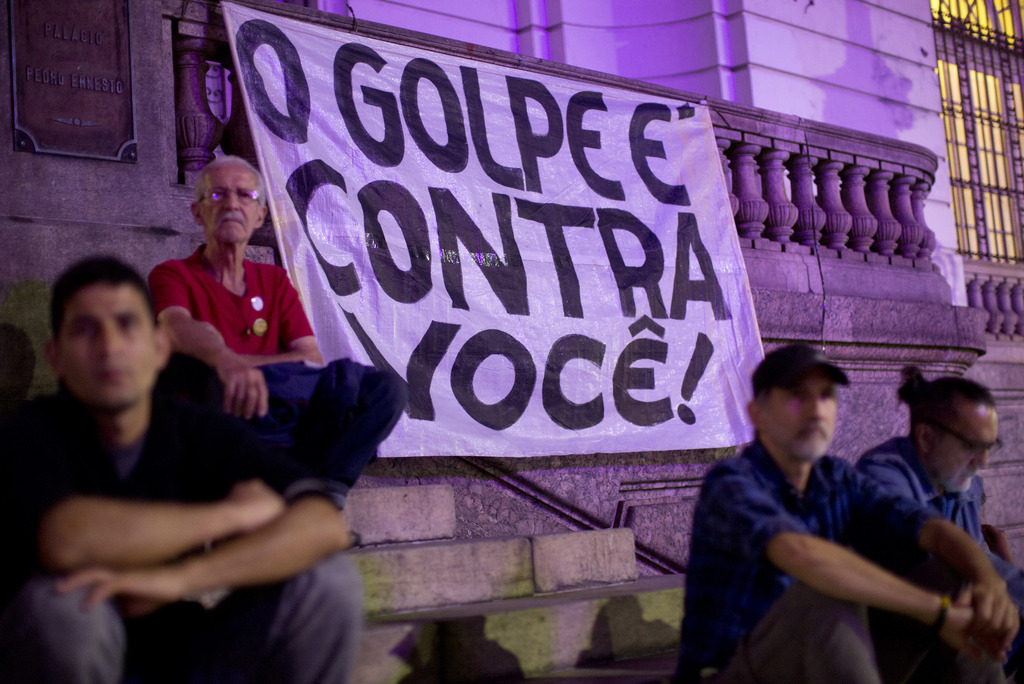 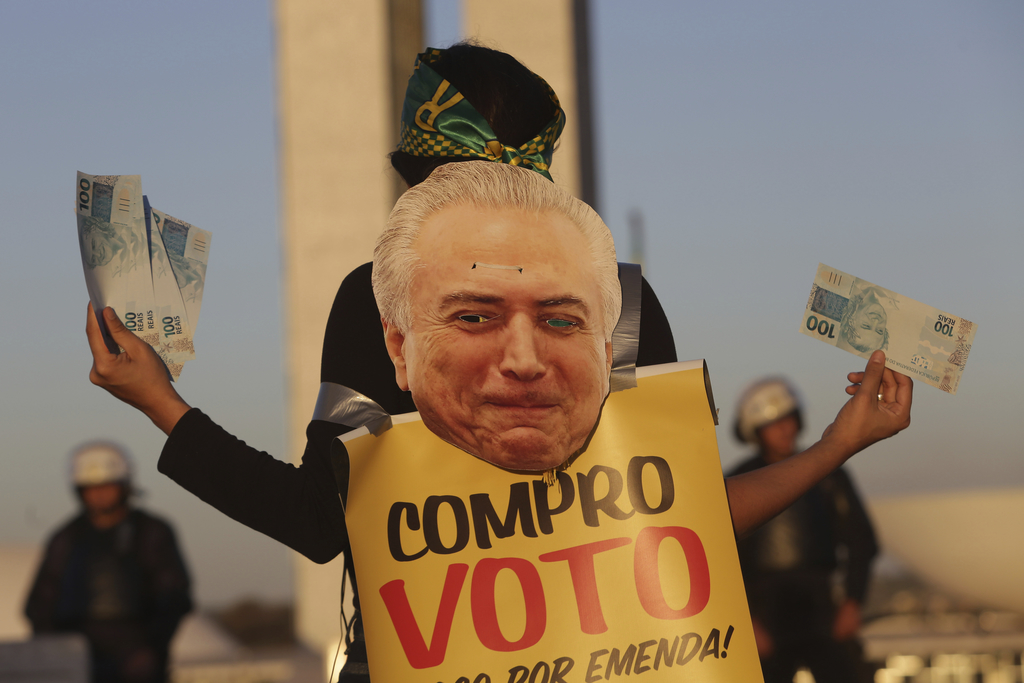 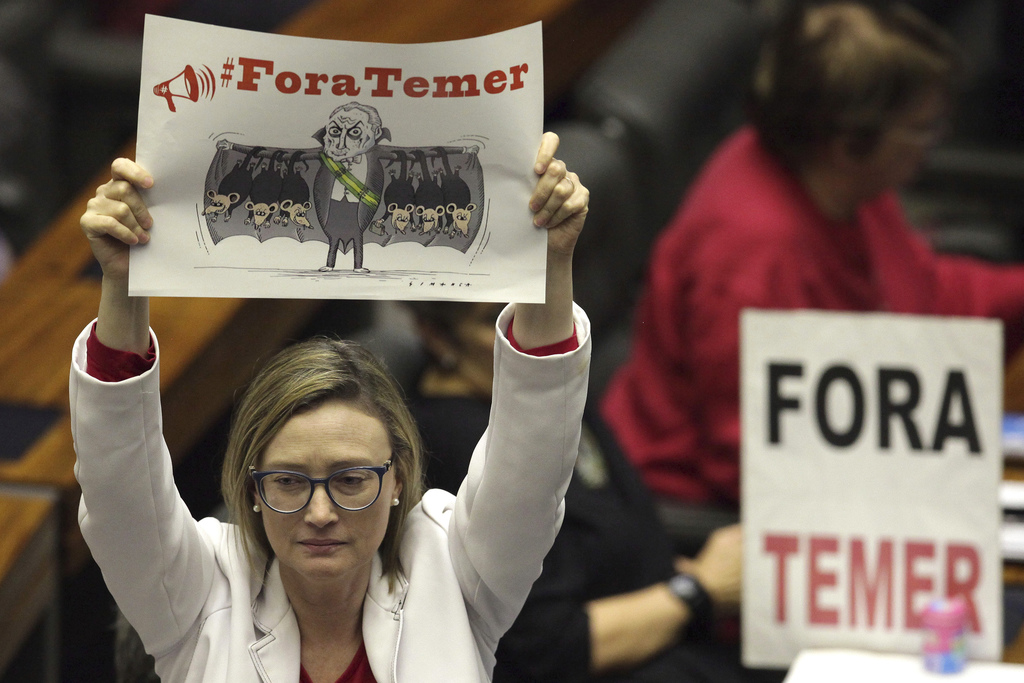 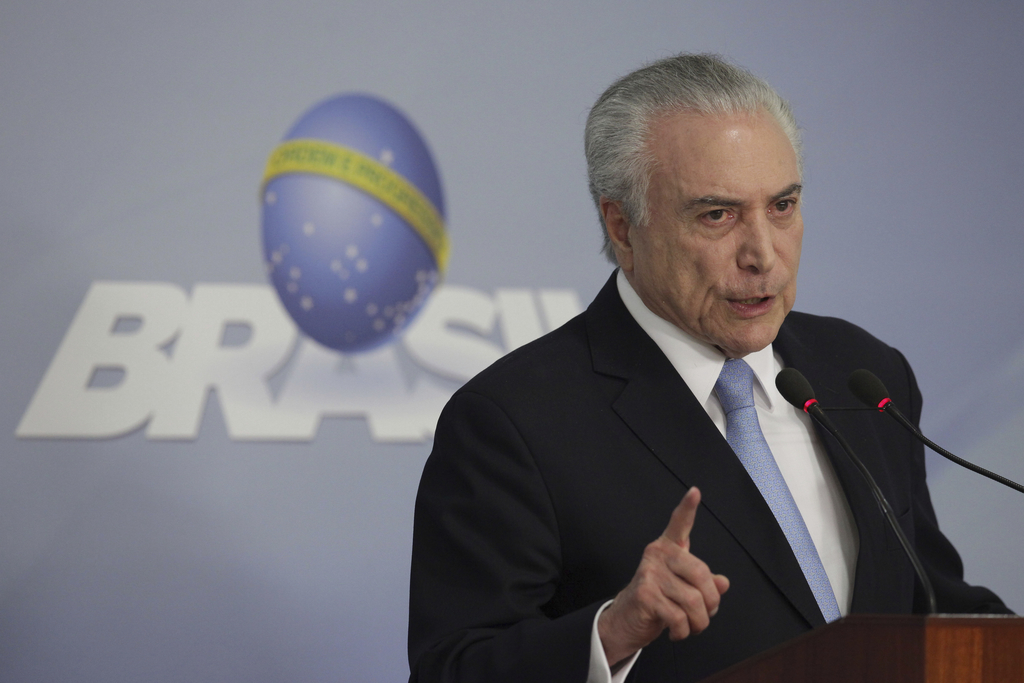 BRASILIA, Brazil (AP) — With his job on the line, President Michel Temer eked out a victory in a congressional vote over a bribery charge against him that has fueled angst and anger across Latin America's largest nation.

But there are more legal woes ahead and clear chinks in his governing coalition, so Temer will have little time to celebrate.

Members of Congress' lower house, the Chamber of Deputies, voted 263-227 Wednesday night against suspending the president and sending him for trial before Brazil's highest court.

The result effectively suspended the bribery charge, which was filed by Attorney General Ricardo Janot in June. However, Janot is expected to charge Temer with obstruction of justice by the end of this month, which would prompt another vote that even Temer's most stalwart supporters would rather not have to go through as elections loom next year.

In a troubling sign for Temer, the 263 votes cast in support of him fell far short of the crucial 342, or two-thirds of the 513-member body, that he needs to pass an overhaul of the pension system. It is an unpopular proposal supported by the business class, which has helped keep an otherwise deeply unpopular leader in power.

"This is far from over," said Rafael Salies, a risk consultant with the Rio de Janeiro-based Southern Pulse. "August may still have many surprises in store for him."

The vote on the bribery charge came after a full day of procedural wrangling by the opposition, maneuvers intended to stall and force legislators to vote in the evening, when many Brazilians were home and able to watch the proceedings being broadcast live. The moves may have worked.

While Temer's opponents made impassioned speeches about the need for him to go, many supporters said nothing beyond the minimum to procedurally cast their vote. The measure was before the chamber because by Brazilian law a sitting president cannot be tried without the approval of the lower house, which is considered the conduit for the voice of the people.

Throughout the day, there was shouting and even periodic pushing between lawmakers.

"Temer is a crook and he needs to sort out his situation with the Justice Department," said Elvino Bohn Gass, a member of the Workers' Party, one of the main opposition parties. "Brazil should not be governed by a gang of thugs."

"Brazil can't change presidents three times in one year," said Sergio Moraes, making a common argument among Temer supporters that it was worth keeping him for the sake of stability. "He will be investigated later."

A year ago, Temer, then vice president, took office after Dilma Rousseff was impeached and removed as president for improperly handling government finances.

Since becoming president, his administration has been rocked by repeated scandals while still managing to move unpopular legislation forward, such as a loosening of labor rules and the proposals to trim pension benefits.

All the while, his popularity has plunged. The latest national poll said just 5 percent of Brazilians approve of Temer while the vast majority said he should be tried for the bribery allegation.

The bribery allegation stunned even Brazilians inured to graft cases, and represented the latest in a bevy of scandals flowing out of a mammoth investigation into kickbacks that has led to the jailing of many of the country's elite the last three years.

A recording purportedly made in March emerged in which Temer apparently supported the continued payment of hush money to Eduardo Cunha, the powerful former speaker believed to have dirt on many politicians. Cunha is serving a 15-year sentence for corruption.

As part of the probe, it came to light that Temer allegedly orchestrated a scheme in which he would get payouts totaling millions of dollars for helping resolve a business issue for JBS, a giant meat-packing company. A former aide was arrested while carrying a suitcase with $150,000, much of which was allegedly destined for Temer. Temer denies the allegations and says there is no proof he received any money.

Early in Wednesday's proceedings, Temer's lawyer, Antonio Claudio Mariz de Oliveira, tore into the charge against the president. He said the recording was illegally made and the suitcase of money was a red herring.

"The suitcase of money was returned" by the police to the Temer aide, the attorney said. "Why was it returned? Because the president is a good man, an innocent man."

Few deputies spoke in Temer's favor, but those who did praised Temer's stewardship of Latin America's biggest economy, which is struggling to emerge from its worst recession in decades.

"Brazil is improving," said Mauro Pereira, a member of Temer's party. "Inflation is going down, our national reserves are going up. We now have international credibility."

Many economists, however, note that while inflation has slowed, unemployment has sky-rocketed and several states and municipalities are broke and unable to pay public workers.

"To be a great nation Brazil needs a president that is honest, Christian and patriotic," said Jair Bolsonaro, a presidential hopeful.