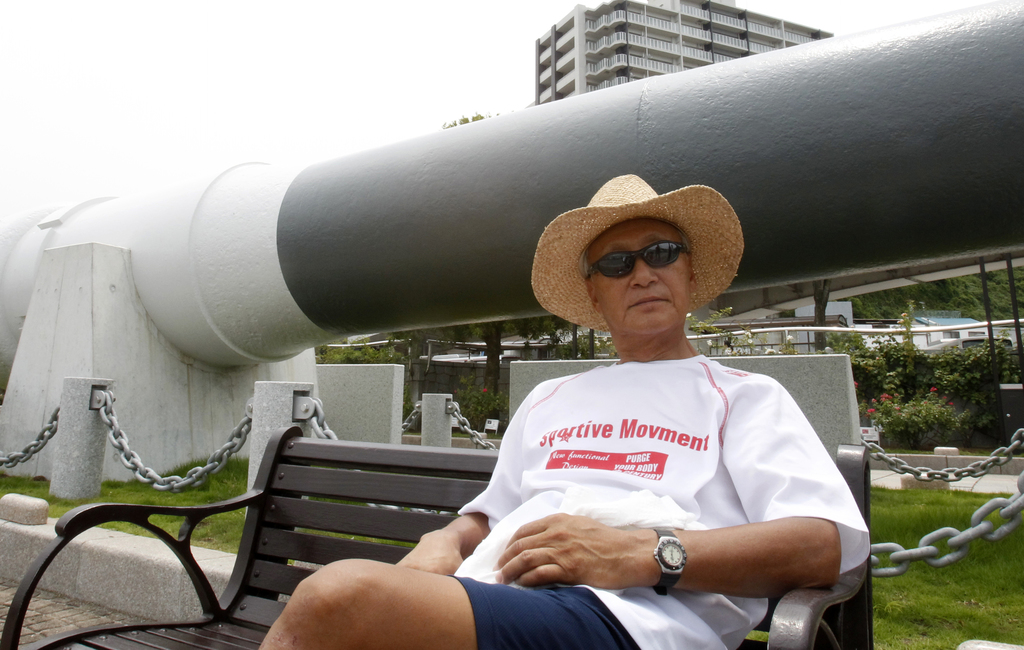 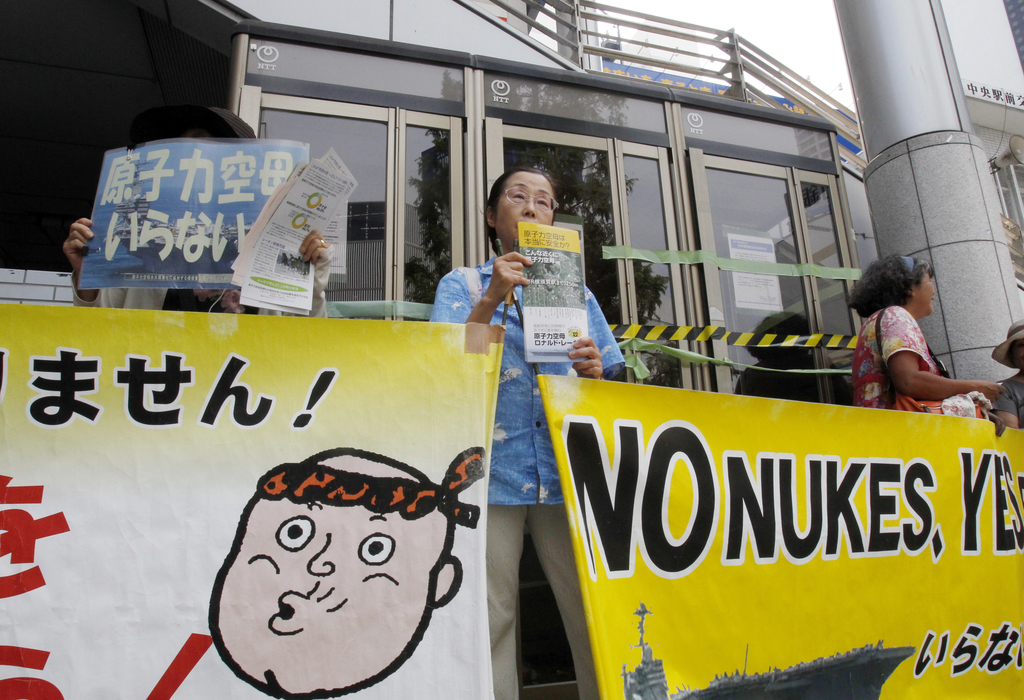 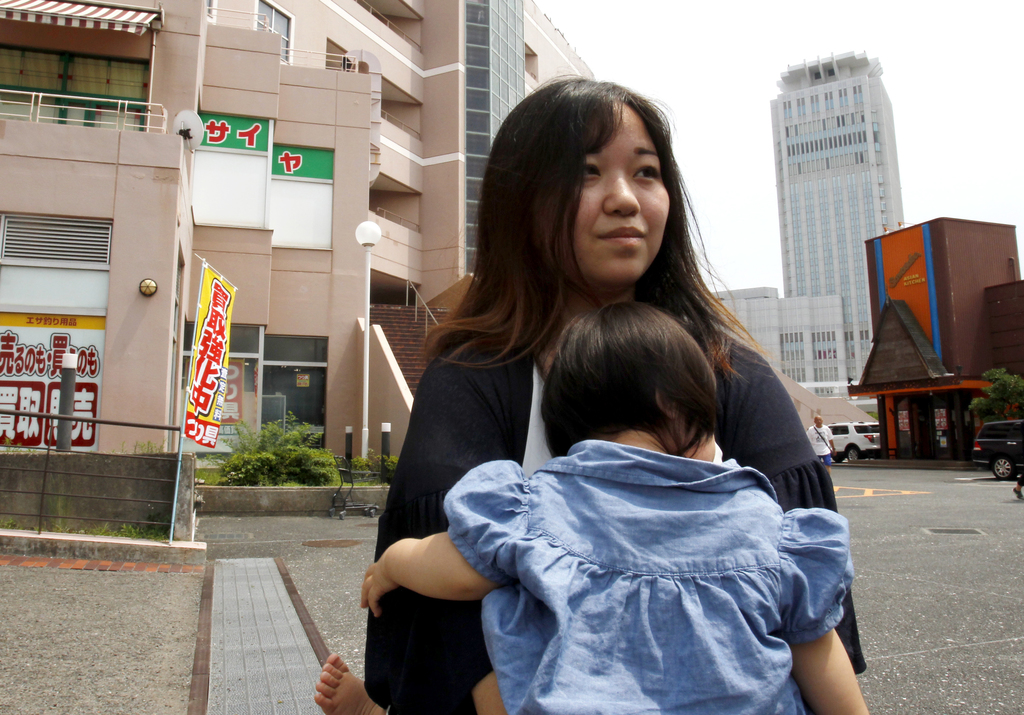 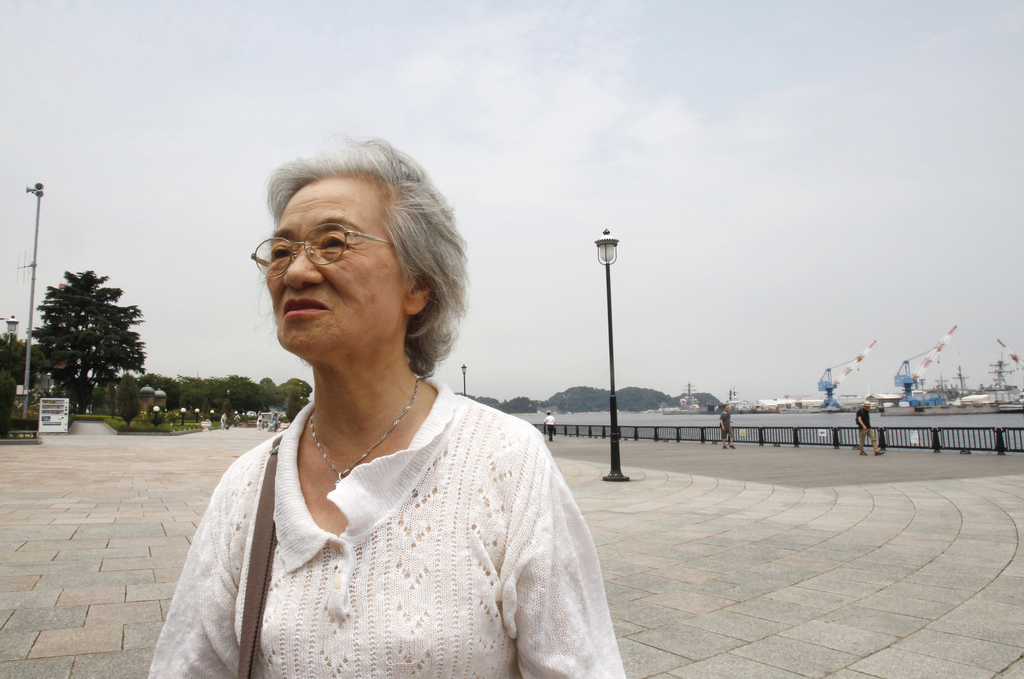 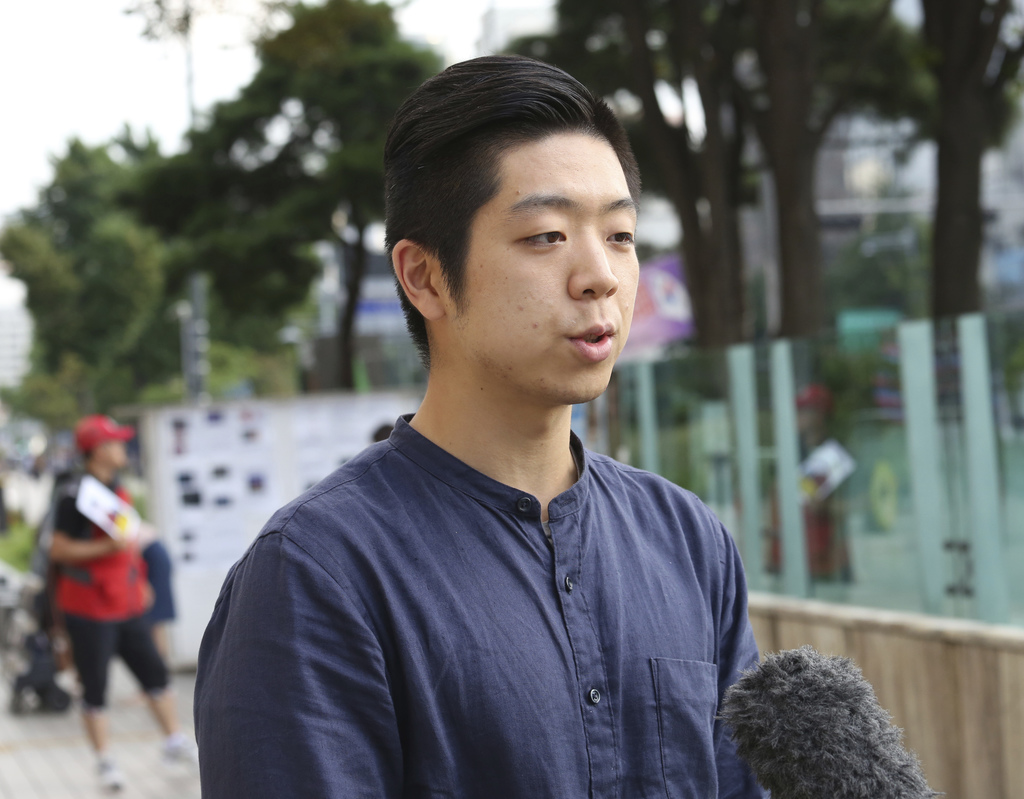 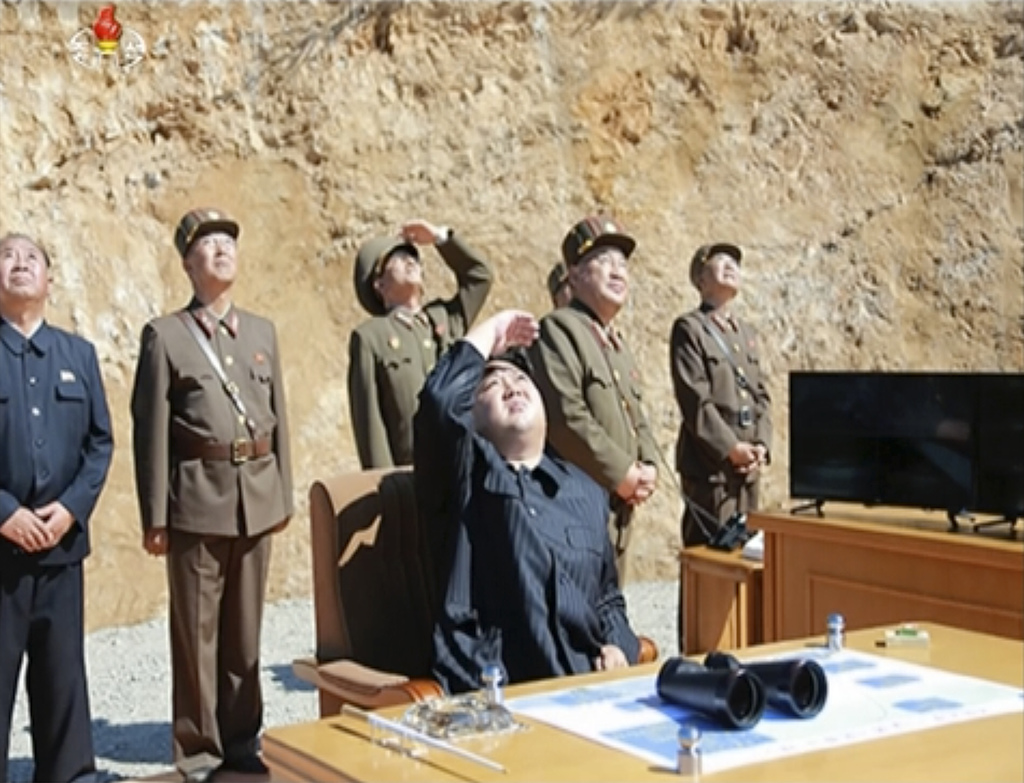 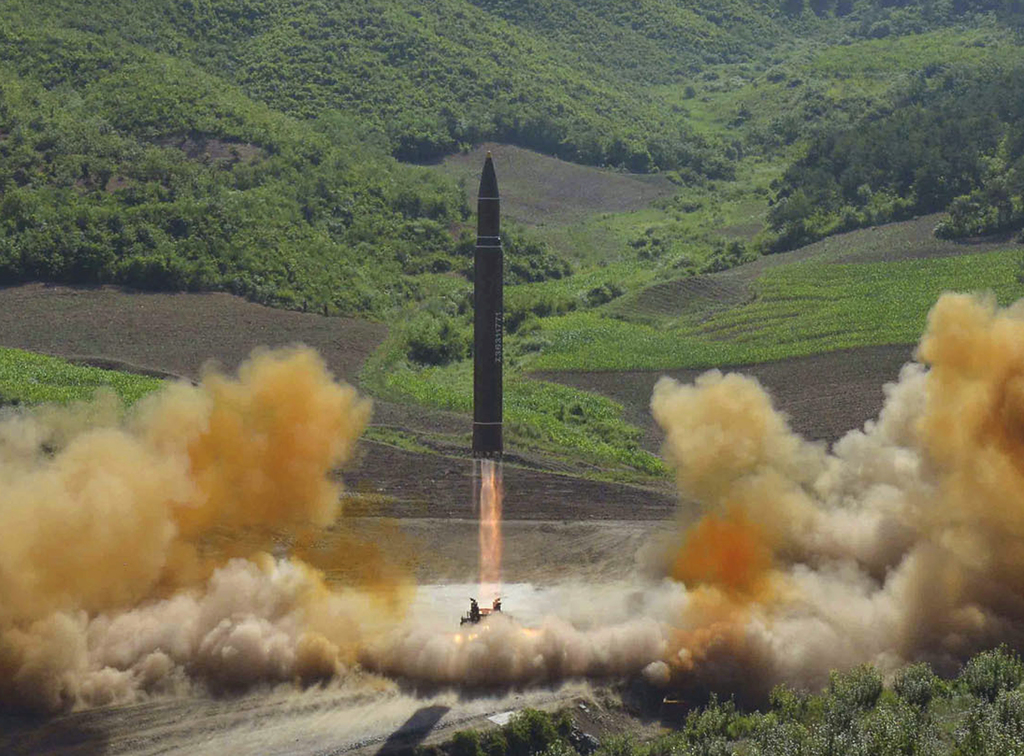 YOKOSUKA, Japan (AP) — North Korea's flurry of missile launches — 20 of them just in the past year — are a new and alarming fact of life for Japan and its other neighbors.

But Pyongyang's recent demonstrations of its capacity to launch intercontinental ballistic missiles, while worrying, are drawing shrugs from many in the region who reckon there's not much anyone can do about them.

"We have no idea when and where (a missile) would strike. Honestly, I don't think there is any way to prepare for it," Akira Fukatsu, a 65-year-old retiree, said as he sat drinking a beer on a bench in a park overlooking a U.S. Navy base in Yokosuka, south of Tokyo. "We're simply unlucky if one strikes here."

Many Japanese, South Koreans and Chinese appear to share that sense of resignation over North Korea's apparent newfound capacity to launch missiles capable of reaching much of the continental United States.

The July 4 firing of a Hwasong-14 ICBM, its first test, and another last weekend suggest that major U.S. cities such as Los Angeles and Chicago are within range of North Korean weapons. Such missiles could be armed with nuclear, biological or chemical warheads, although experts say North Korea hasn't mastered miniaturizing them and might not have the technology to ensure a warhead would survive re-entry into the atmosphere from space or even hit an intended target.

Attitudes in Japan, South Korea and China toward the threat vary, but likely reflect a sangfroid partly born of living with the legacy of the Cold War and ever present risks of huge earthquakes and other natural disasters.

Many Japanese have mixed feelings about the latest developments, viewing them as a sign that by focusing on ICBM development, North Korea's aggression is directed toward the U.S. rather than Japan, even if test launches have been splashing down off Japan's coast.

"Japan was within range of North Korean missiles even before their range extended recently," said Tetsuharu Nagashima, an official in charge of emergency response in Yokosuka, which is home to some of the 50,000 American troops stationed in U.S. ally Japan, as well as a Japanese naval base.

Instructions on the local government website tell people to take refuge in strong buildings or underground shopping arcades in case of attack, and to hit the ground and cover their heads if no such shelter is nearby.

Unlike some communities that have held drills and drawn up contingency plans, Nagashima said Yokosuka had no plan to conduct evacuation drills.

Misaki Honna, the mother of a 10-month-old girl, said suggestions that Yokosuka might be targeted because of the U.S. and Japanese military presence were troubling.

"But even if we flee, we wouldn't know where to go. If a missile strikes, there's almost nothing you can do about it," she said.

Eiko Miyauchi, 83, endured U.S. fire-bombings during World War II. As a child, she was evacuated from the coast and took shelter in an underground bunker as bombs rained down.

"I lived through the war, and I can't imagine anything being as scary as that one," she said.

Living just across the Demilitarized Zone from North Korea, South Koreans are famously laid back about its displays of military might.

But while life continues as usual and there's no visible panic on the streets, at least some South Koreans are starting to question whether North Korea's nuclear weapons and missiles may have become bigger problems than anyone wants to admit.

"South Koreans have been too relaxed," said Yang Seung-jun, noting that missile launches show North Korea could attack the South at any time. "It's our choice to laugh it off and say 'North Korea can't do that,' or the 'United Nations will sanction them'... But war never happens when we expect it to," he said.

Some South Koreans who spoke to The Associated Press in the capital Seoul expressed frustration over decades of failed efforts by Seoul and Washington to dissuade Pyongyang from pursuing its nuclear ambitions.

Park Sun-hee, the mother of three, the youngest an 8-year-old boy, said she doesn't fret over every missile launch. It's obviously difficult to be in perpetual panic over the same bellicose neighbor who has been there for decades, especially while living in one of Asia's most competitive societies.

Still, she does worry about the future.

"I am thinking about moving to another country," Park said. "I already lived half my life now, but I have children who still need to grow, and I wonder whether this country will be safe for them."

Some South Korean experts fear that development of a fully functional ICBM by the North might undermine their country's alliance with the U.S., citing concerns that Washington may hesitate to defend the South if hostilities break out between the rival Koreas, which have never signed a peace treaty after the 1950-53 Korean War.

Others, like Yang, think newly elected liberal President Moon Jae-in should be tougher on Pyongyang.

In the meantime, many are just busy heading to foreign getaways and the beaches for their summer holidays. Like Moon, who took the week off for his summer vacation, they have sun and surf on their minds.

China's relatively blase response to North Korea's missile tests reflects the belief that they do not pose a grave threat to Beijing, even if Beijing dislikes Pyongyang's defiance.

Alissa Chen, a teacher, said she thought it unlikely a North Korean missile would strike China. "But we can't rule out this possibility, after all, with the North Koreans it's hard to figure them out so it's difficult to say," Chen said. "But I have always thought they shouldn't act too rashly."

Beijing tends to object more vehemently to North Korean nuclear tests that have at times rocked buildings in northeastern China and raised worries over radioactive fallout and other unintended consequences, though President Xi Jinping's government appears unwilling to expend much effort or political capital to address North Korea's actions.

"There are heavy industrial cities in the northeast, that is our concern," said Li Shuangsheng, a retiree walking past a subway exit in downtown Beijing.

Li Jiahua, a medical company employee in Beijing, said he was confident China's own growing military muscle and its historical alliance with the fellow communist state would deter threats from Pyongyang.

"I'm not worried about this. China is now so strong and the foreign policy China has pursued has been to unite our neighbors," Li said.