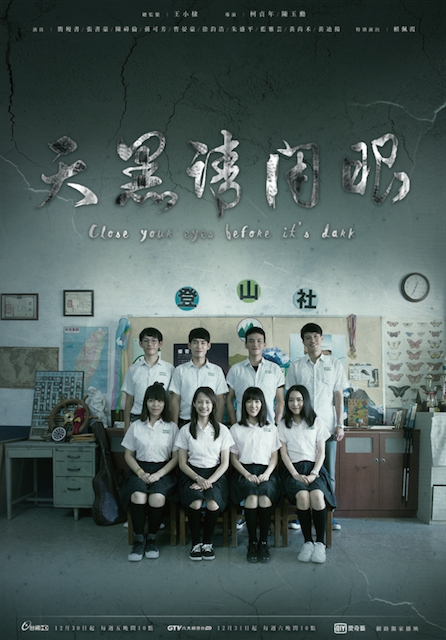 Produced by Taipei City-based Q Place Creative Inc., the shows are “Close Your Eyes Before It’s Dark,” “Have You Ever Fallen in Love, Miss Jiang?,” “Life Plan A and B” and “Love Storm.” They are accessible to Netflix subscribers in territories including North and South America, Africa, Australia, New Zealand and select countries in Asia and Europe.

All four programs were created through Q Series, a TV production project sponsored by the Republic of China (Taiwan) Ministry of Culture. The initiative, which led to the creation of a total of eight original TV shows, aimed to foster world-class audiovisual production talent and innovative Taiwan entertainment products.

Cecilia Yang, CEO of Q Place, expressed excitement that the results of the company’s Q Series project for encouraging local talent are now available internationally. “Millions of people around the world will be able to watch the shows and experience quality TV dramas made in Taiwan.”

Larry Tanz, vice president of content acquisition for Netflix, said that the series make worthy additions to the popular streaming service. “We’re delighted that our members will now be able to discover the best of Taiwanese storytelling through a compelling anthology such as Q Series.”

Featuring some of Taiwan’s leading performers, the shows span genres ranging from suspense to romantic drama. Seven-episode series “Close Your Eyes Before It’s Dark” tells the story of eight former friends who are brought back together a decade after their estrangement and forced to confront the dark secret that tore them apart.

Spanning six episodes, thriller “Have You Ever Fallen in Love, Miss Jiang?” explores issues such as discrimination, poverty and sexual harassment through the eyes of a young teacher who observes a disturbing interaction between a school administrator and student.

Starring acclaimed Taiwan singer and actress Rainie Yang, six-episode show “Life Plan A and B” depicts the two divergent life paths of a young man and woman in love after the latter is offered a lucrative job overseas.

“Love Storm,” comprising seven episodes, follows three grown siblings who are forced to re-examine their own relationships and ideas of family when they discover that their aging parents are contemplating divorce.

According to Q Place, the four remaining Q Series shows will be added to Netflix in the coming months. Two horror series, “A House of Blocks” and “All About Love,” are scheduled to become available Sept. 1, while adaptions of local literary works “A Boy Named Flora A” and “What She Put on the Table” will be accessible from Oct. 9 and Nov. 20, respectively.