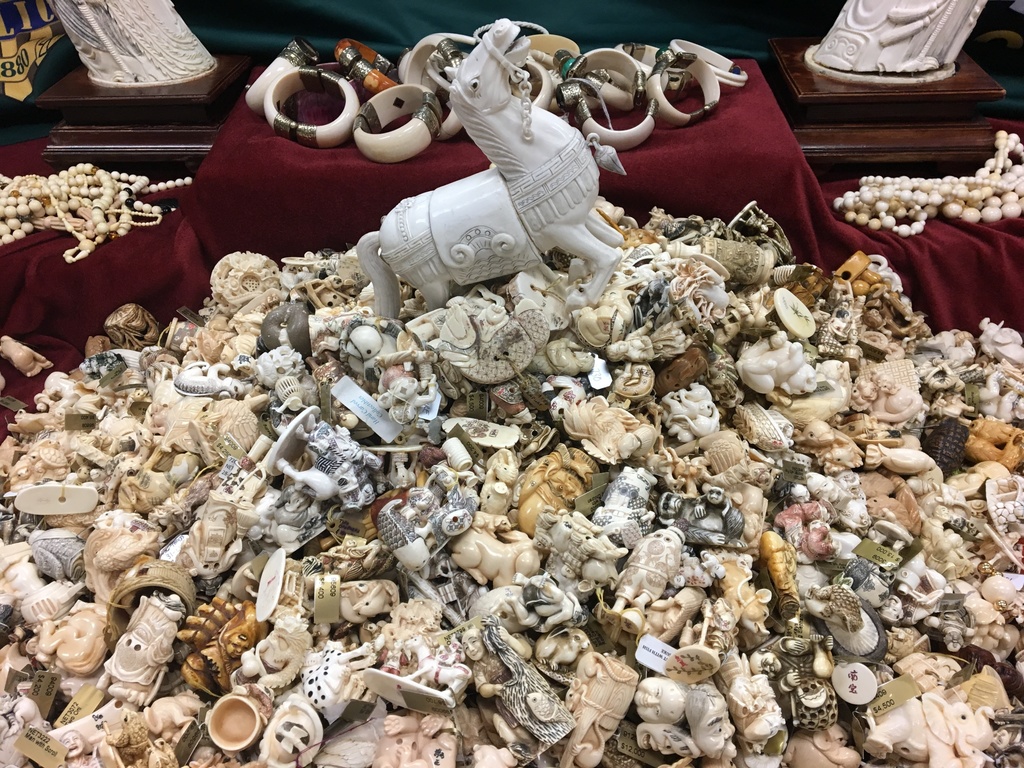 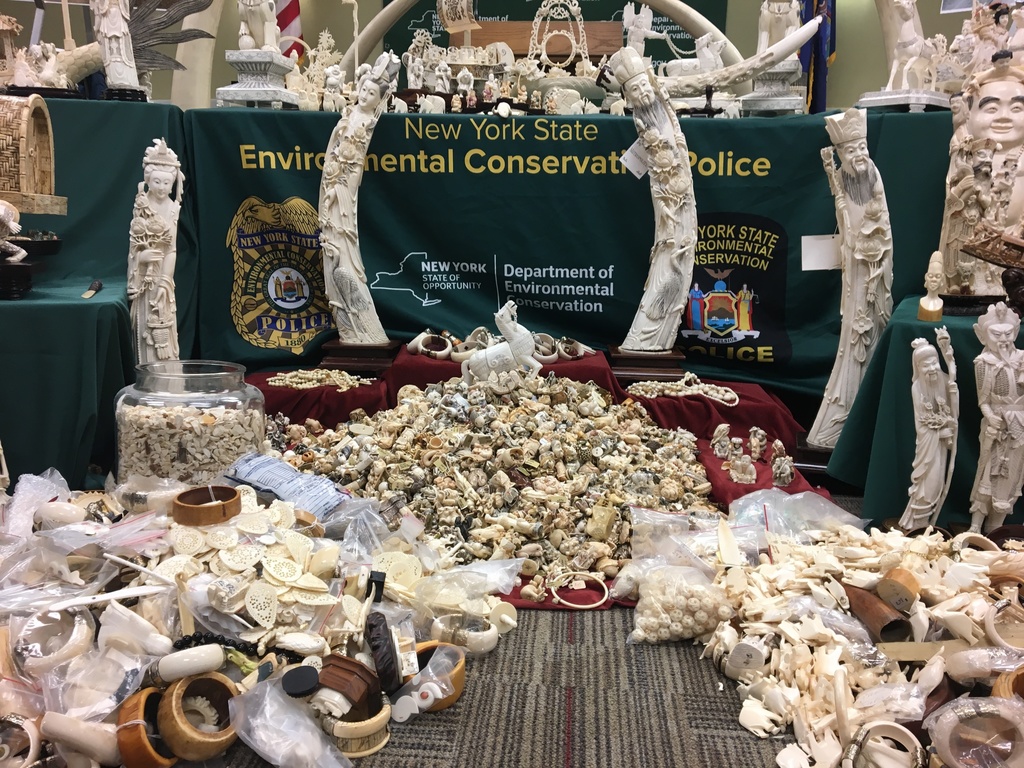 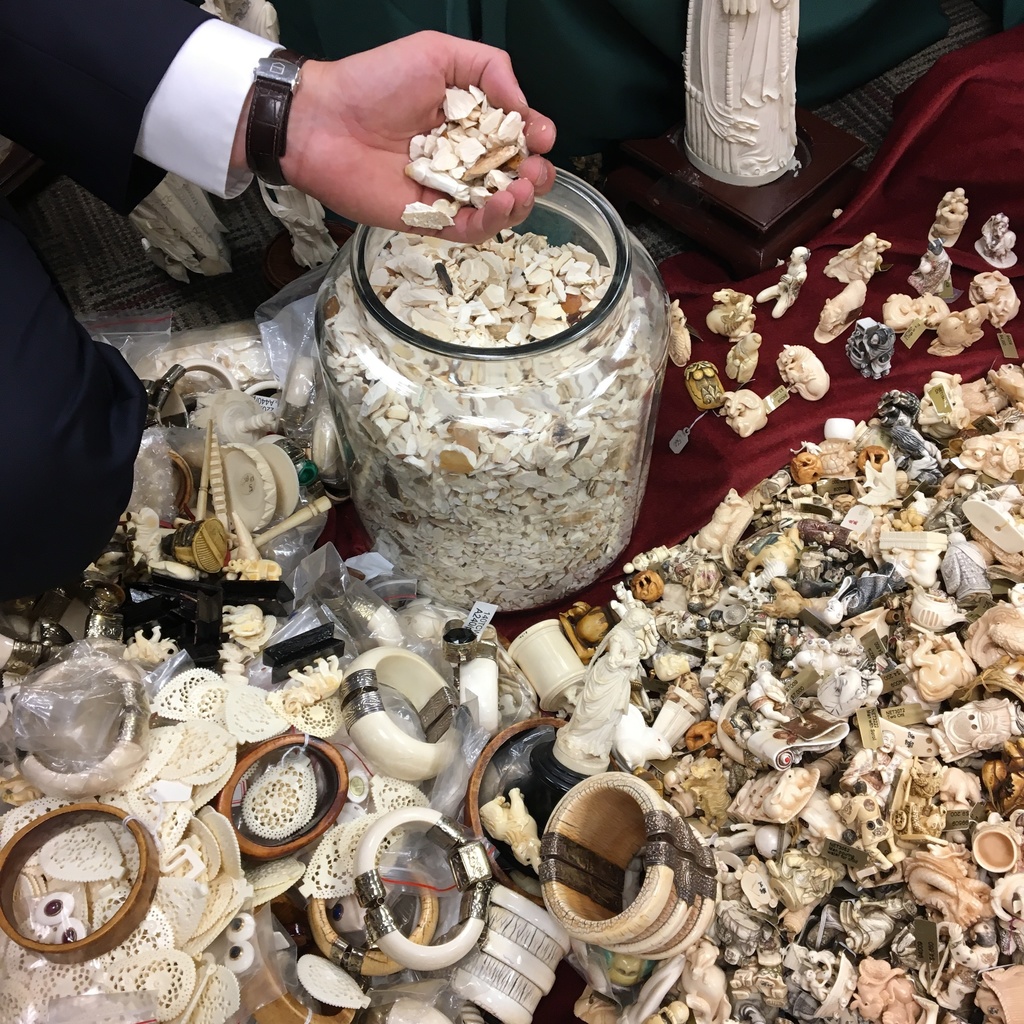 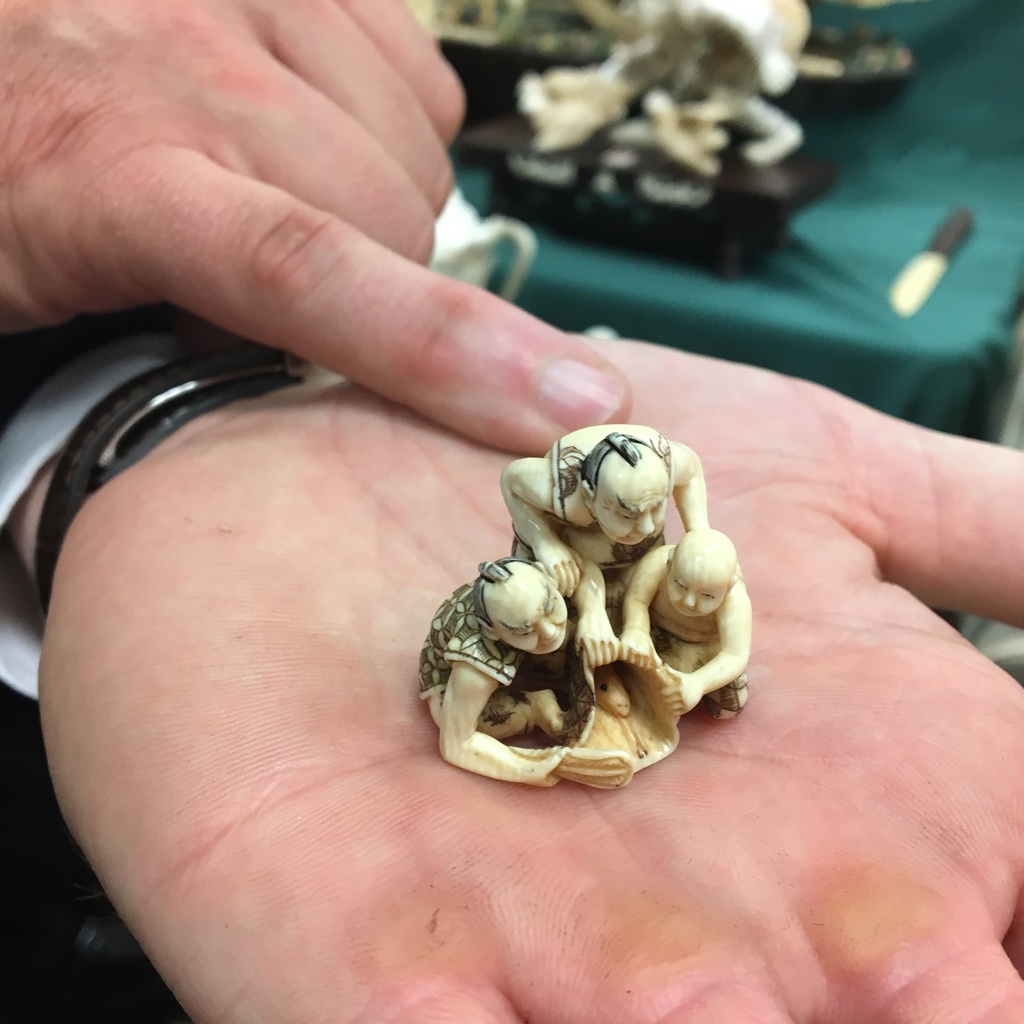 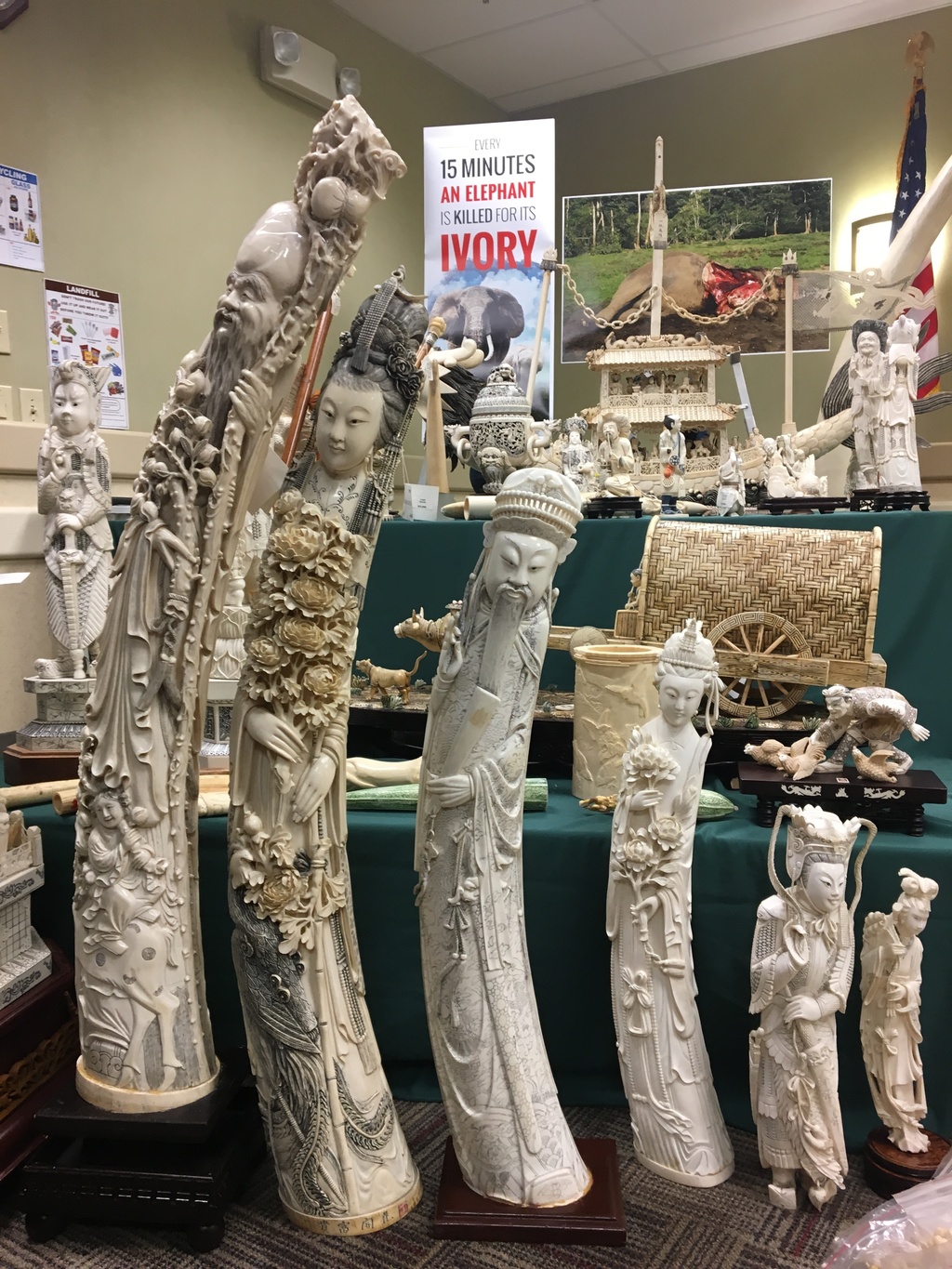 ALBANY, N.Y. (AP) — Nearly two tons of trinkets, statues and jewelry crafted from the tusks of at least 100 slaughtered elephants are heading for a rock crusher in New York City's Central Park to demonstrate the state's commitment to smashing the illegal ivory trade.

The artifacts being destroyed include piles of golf ball-sized Japanese sculptures, called netsuke, intricately carved into monkeys, rabbits and other fanciful designs.

Many of the items are beautiful. Some are extremely valuable. One netsuke, depicting three men with a fish, is worth an estimated $14,000. A pair of elaborately carved ivory towers set to be ground into dust is worth $850,000.

But state environmental officials, who are partnering with the Wildlife Conservation Society and Tiffany & Co. for Thursday's "Ivory Crush," say no price justifies slaughtering elephants for their tusks.

"I can't imagine who would want this on their mantelpiece," New York's Environmental Conservation Commissioner, Basil Seggos, said at an event in Albany last week showcasing $8.5 million worth of ivory artifacts confiscated by state investigators in the last three years.

"This so-called artwork that to me is a repugnant representation of a sick trade will be pulverized into nothing as a powerful symbol of the state's commitment to enforcing this ban," he said.

The sale of ivory across international boundaries has been banned since 1990, but the United States and many other countries have allowed people to buy and sell ivory domestically subject to certain regulations that gave smugglers loopholes. Last year, the U.S. Fish and Wildlife Service instituted a near-total ban on the domestic commercial ivory trade and barred sales across state lines.

Since August 2014, New York law has prohibited the sale, purchase, trade or distribution of anything made from elephant or mammoth ivory or rhinoceros horn, except in limited situations with state approval. Enforcement efforts have focused on New York City, the nation's largest port of entry for illegal wildlife goods, state officials said.

The ivory articles heading for the crusher include more than $4.5 million worth seized by undercover investigators from Metropolitan Fine Arts & Antiques in New York City in 2015. In pleading guilty last week to illegally selling ivory, the store's owners agreed to donate $100,000 each to the World Wildlife Fund and Wild Tomorrow Fund for their endangered species protection projects.

More than 270 tons of ivory have been destroyed by governments and conservation groups in high-profile public events in 22 countries, according to the Wildlife Conservation Society. The first one, organized in Kenya by paleoanthropologist Richard Leakey in 1989, used jet fuel to set fire to 12 tons of confiscated ivory, which burned spectacularly for three days.

Some critics have argued that destroying ivory could drive up black market prices by increasing scarcity, thus encouraging more poaching. Others argue that it's wasteful, and that it would be better to sell confiscated ivory to pay for conservation efforts in poor African countries.

"It's a way to tell the world that ivory shouldn't be coveted, it should be destroyed. It belongs only on an elephant," she said.

Wild Tomorrow Fund is using part of its donation to pay for DNA analysis of the ivory artifacts to determine their age and what parts of Africa they came from.

The World Wildlife Fund says the illegal wildlife trade not only threatens animal populations, but also endangers national security by funding terrorist cells. The organization says tens of thousands of elephants are being killed every year for their tusks despite the ban on international trade in ivory.

"Events like this are bittersweet," said Sara Marinello, spokeswoman for the Wildlife Conservation Society, headquartered at the Bronx Zoo. "They show our resolve to stop this needless slaughter, but they are also a tangible reminder that this threat is real and elephants are continuing to die needlessly."