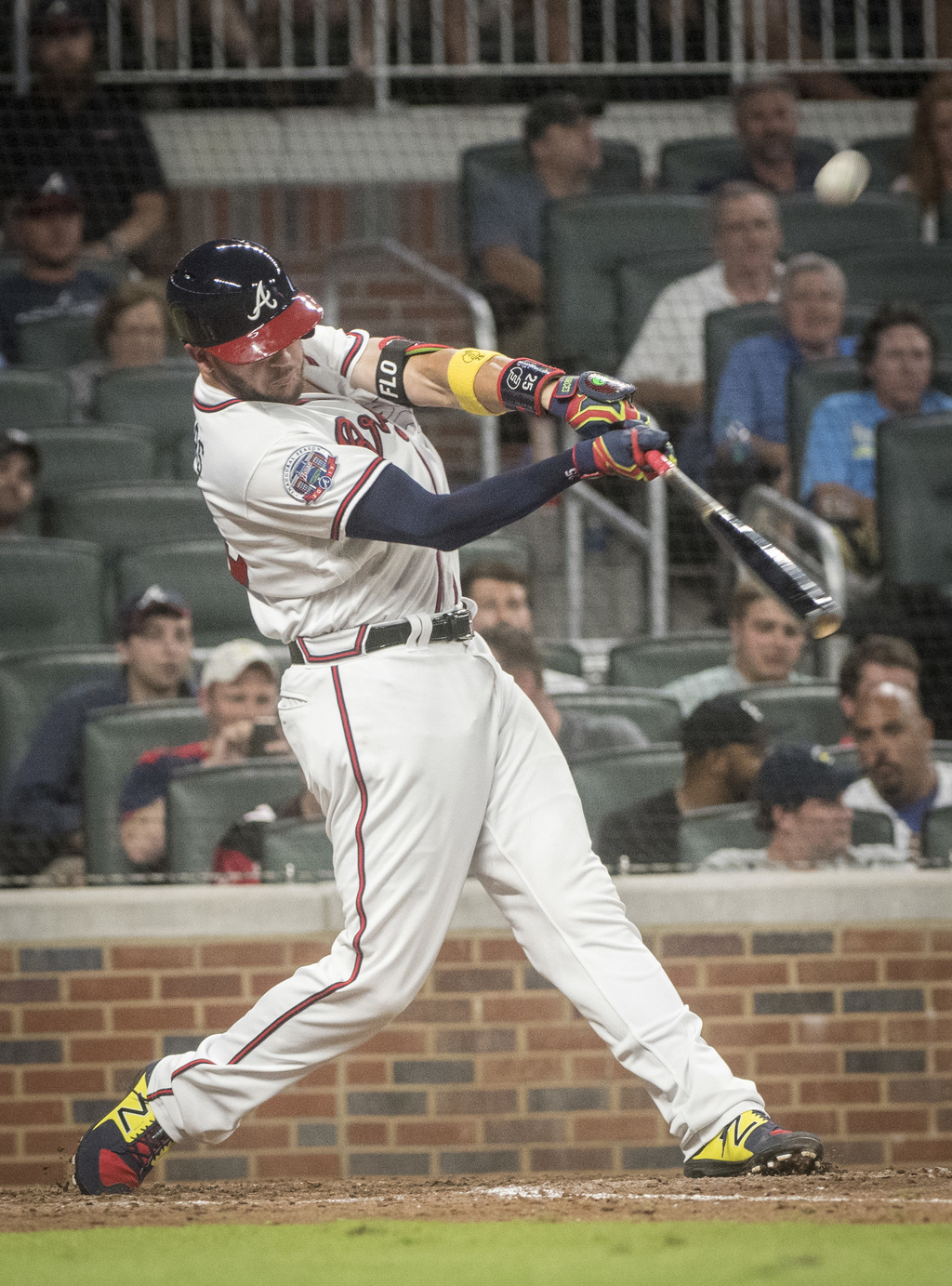 ATLANTA (AP) — Pinch-hitter Tyler Flowers connected for a tiebreaking, two-run homer in the eighth inning as the Atlanta Braves stopped the Dodgers' nine-game winning streak with a 5-3 victory on Wednesday night.

Flowers' shot off Pedro Baez (3-2) helped Atlanta stop the Dodgers' major league-record streak of 53 straight wins when leading at any point of a game. The Dodgers were ahead 1-0 and 3-2.

The last time the Dodgers lost after leading in a game was May 15, when they were up 1-0 before losing 8-4 at San Francisco.

Rex Brothers (2-2) pitched 1 1/3 scoreless innings for Atlanta, which had lost six in a row. Arodys Vizcaino, who has taken the closer's role from Jim Johnson, pitched a perfect ninth for his third save.

The AL West-leading Astros, whose powerful offense has taken a hit with All-Stars Carlos Correa and George Springer on the disabled list, went 0 for 9 with runners in scoring position and were shut out for the second time in a week.

Pruitt (6-2), who grew up in suburban Houston and attended the University of Houston, allowed five hits in a career-high 6 1/3 innings. Alex Colome got his 32nd save.

Keuchel (9-1) allowed seven hits and three runs over five innings in his second start since missing almost two months with a pinched nerve in his neck. The lefty ace was better than he was in his previous start, when he lasted just three innings and gave up three runs at Detroit.

The loss was just the fourth in 18 games since the All-Star break for the NL Central-leading Cubs. The defending champions got shut down by Godley after pouring on a season-high 16 runs in Tuesday's romp.

Lamb hit a two-run double against Jake Arrieta (10-8) in the sixth and an RBI double off Justin Wilson in the eighth.

Godley (5-4) was every bit as stingy after tossing seven scoreless innings in a win at St. Louis last week.

Fernando Rodney got his 23rd save in 28 chances.